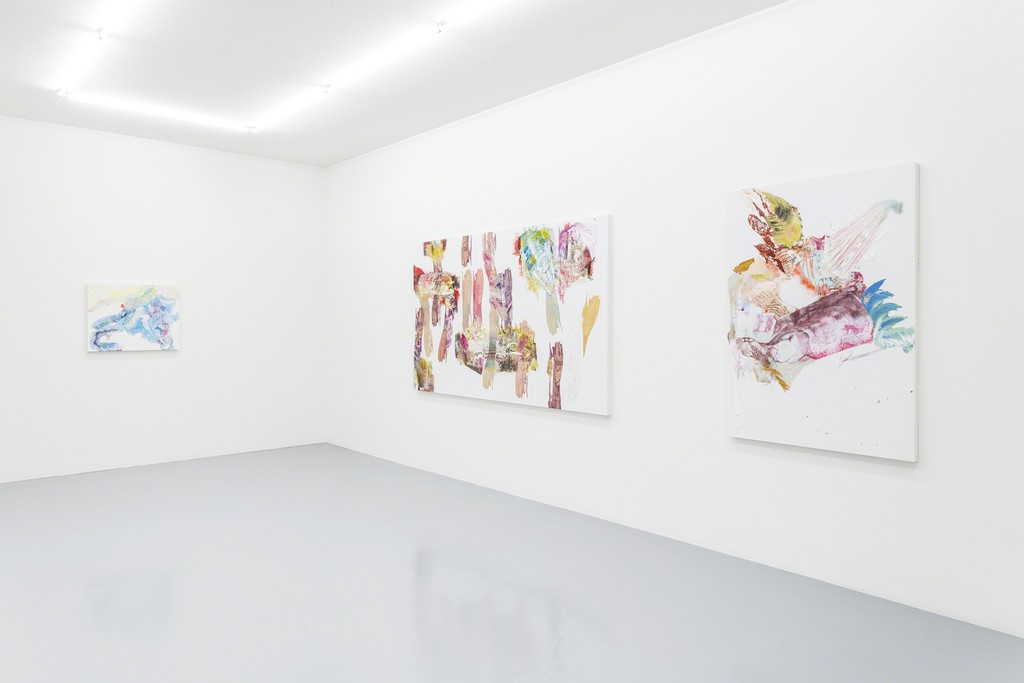 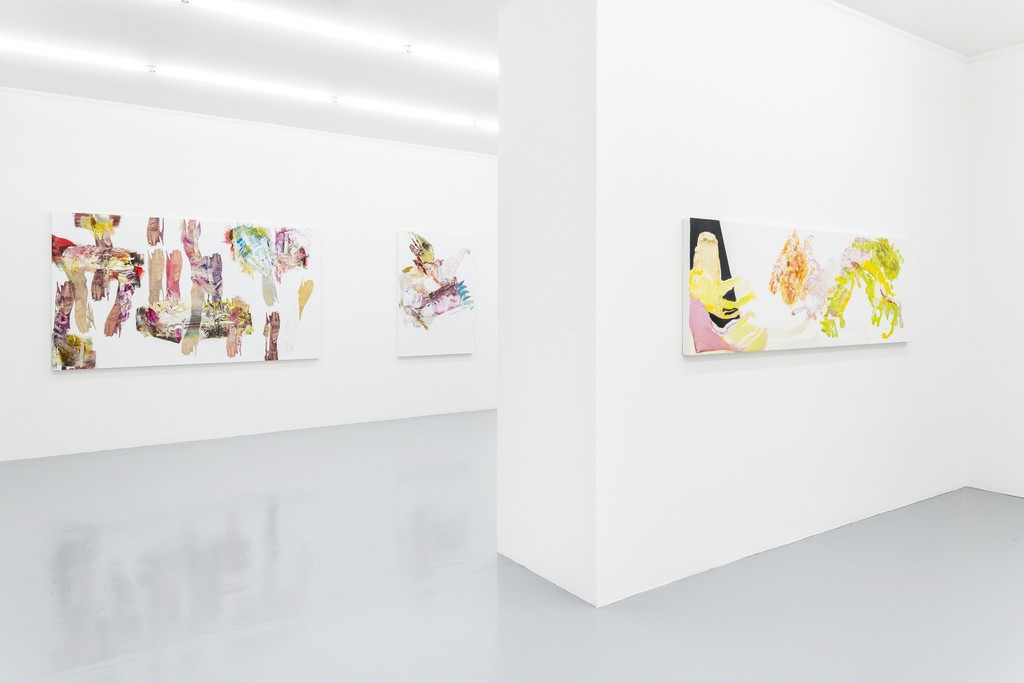 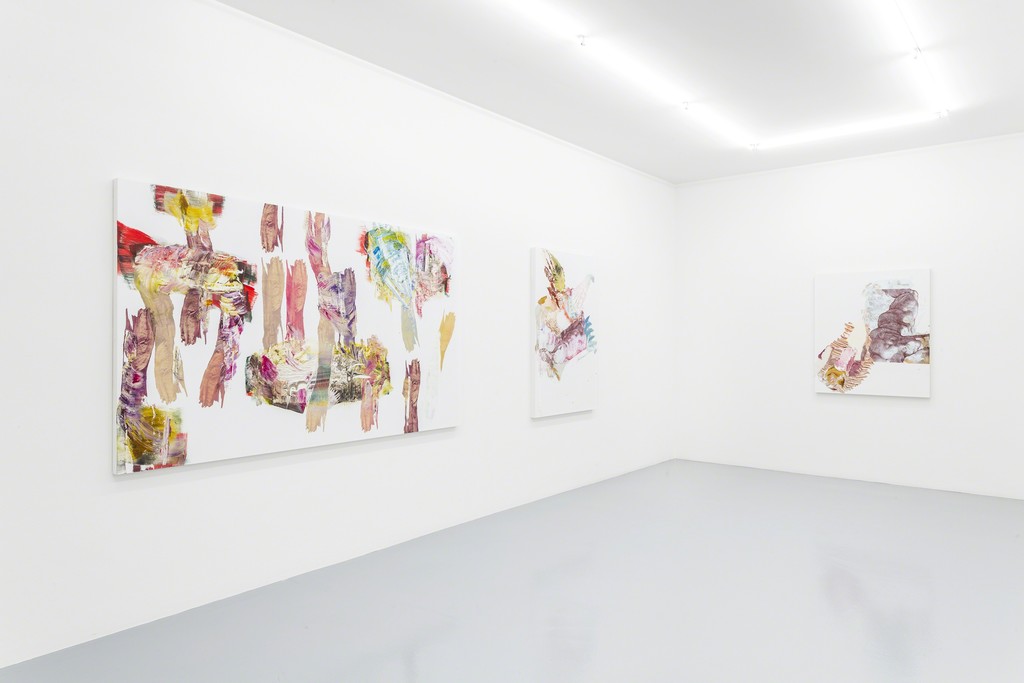 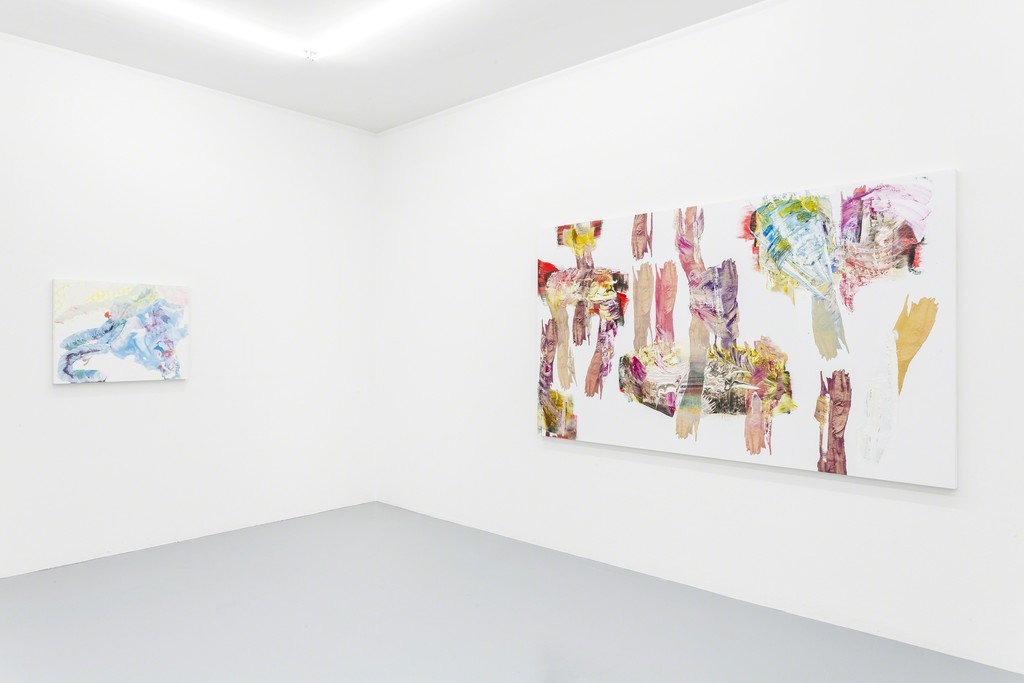 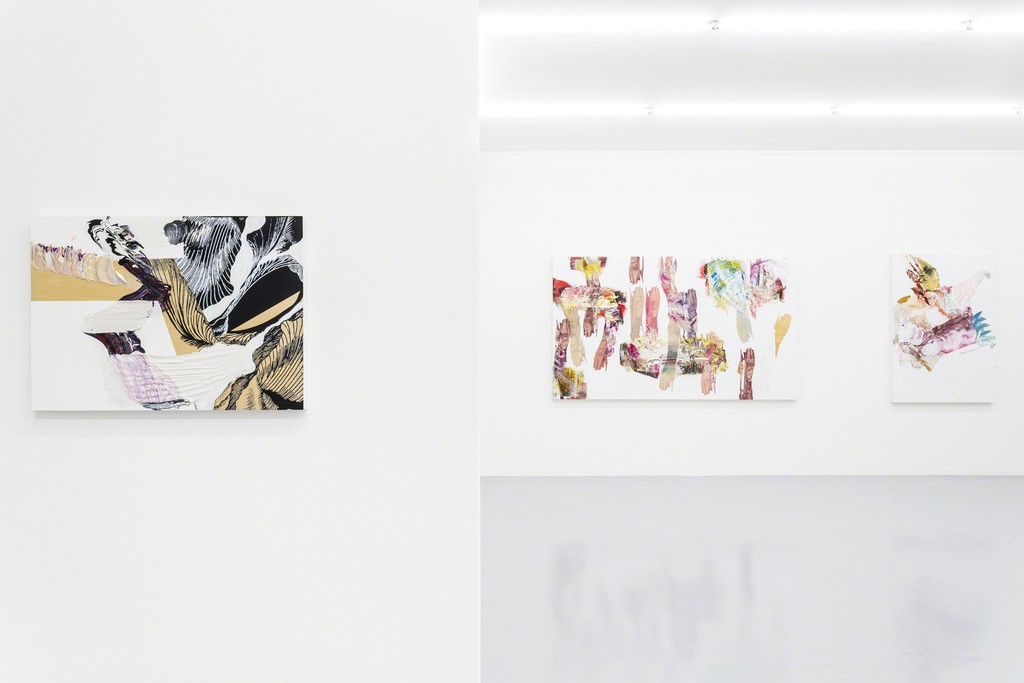 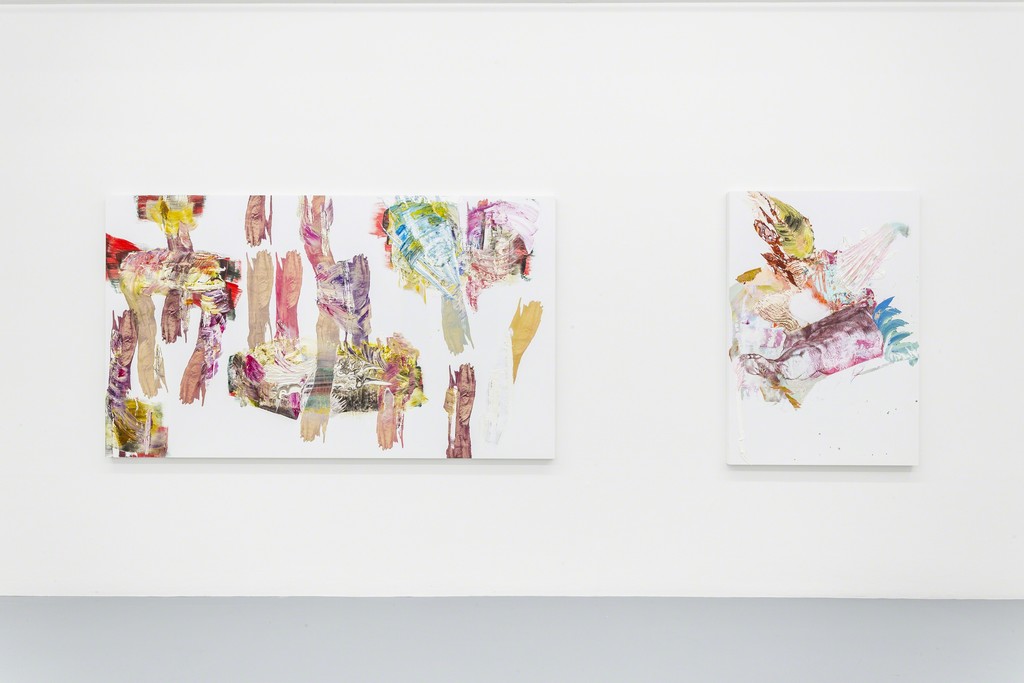 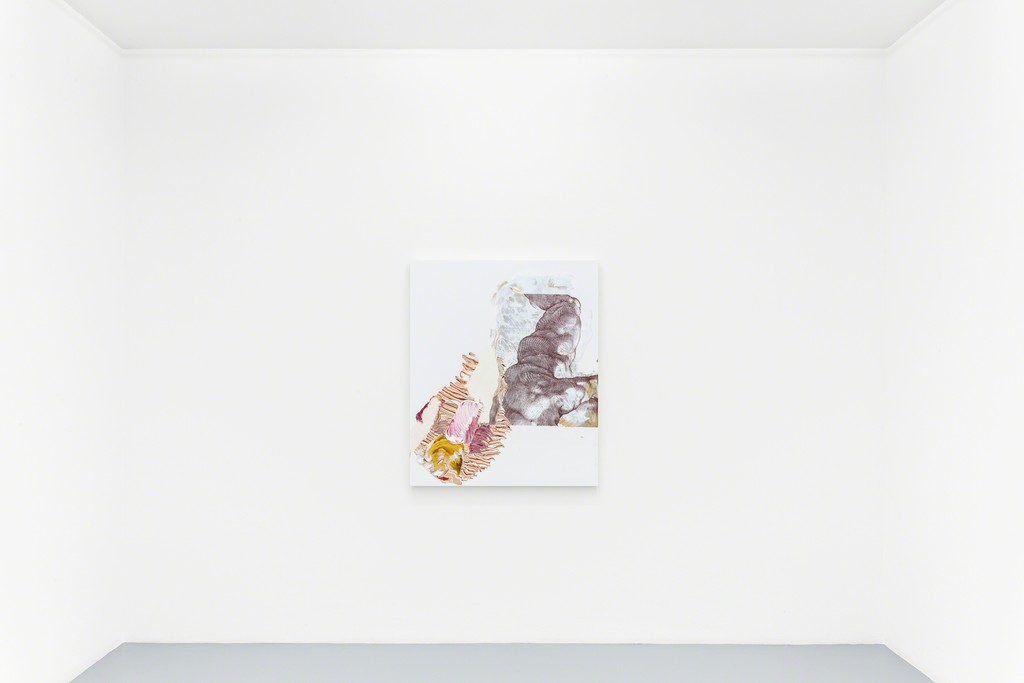 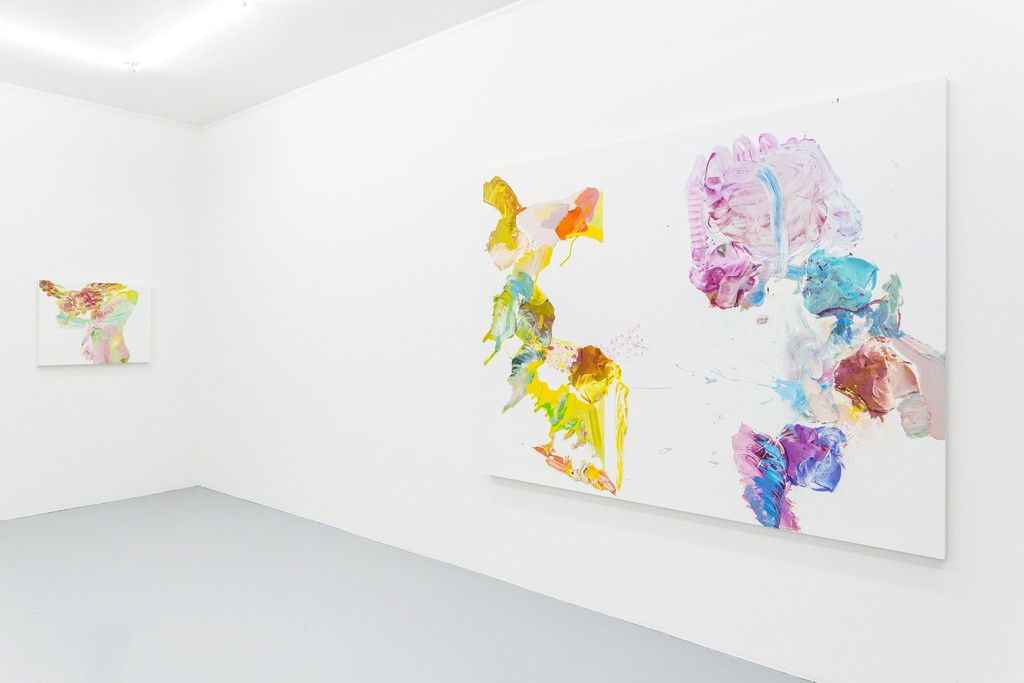 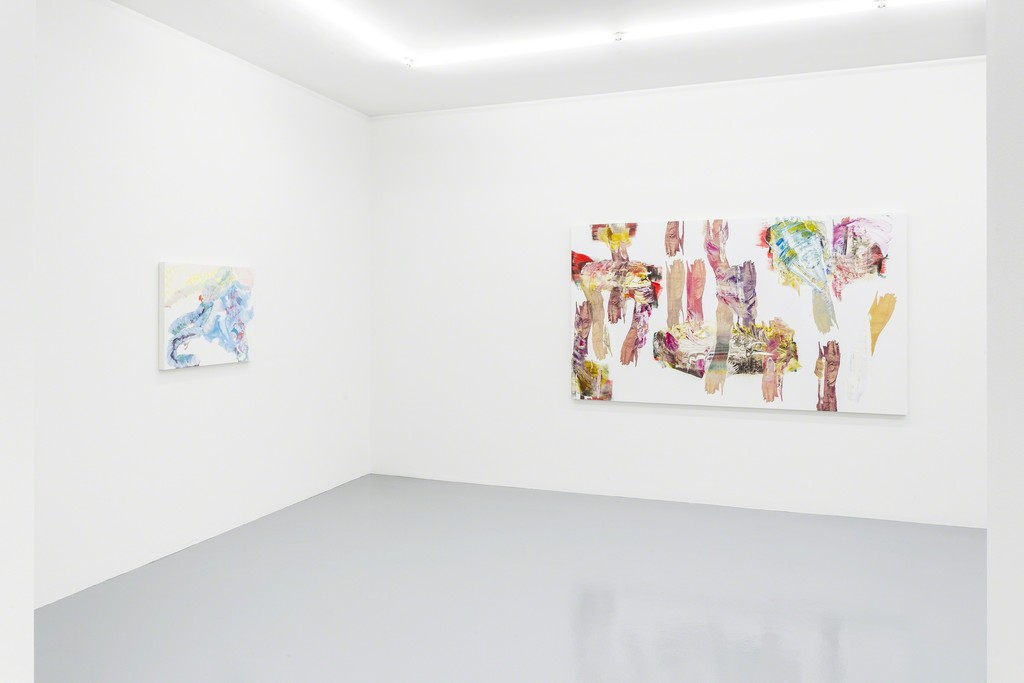 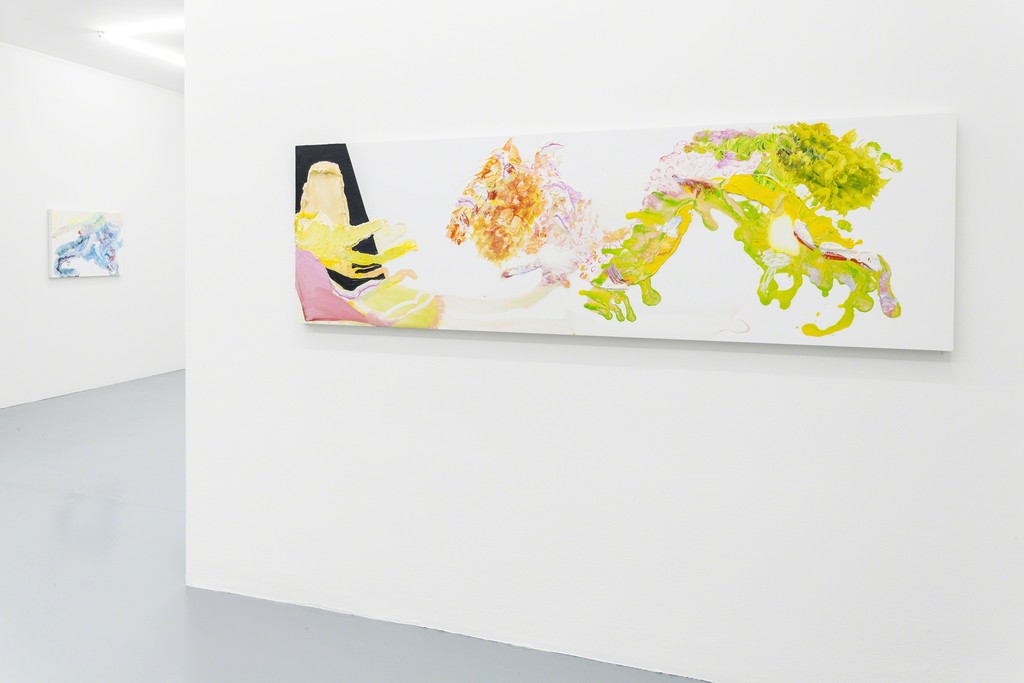 Through her international presence in exhibitions worldwide, Pia Fries has become one of the
foremost representatives of European abstract painting. Born in the Swiss town of Beromünster
in 1955, she now lives and works in Düsseldorf and Munich. A former student in the masterclass
of Gerhard Richter, Pia Fries herself has since gone on to teach in a variety of institutions, from
Lucerne to Karlsruhe, Düsseldorf and Berlin, and has been a professor of painting at the
Akademie der Künste in Munich since 2014. Her works can be found in leading public collections
throughout the USA and Europe. Among the many awards she has won, the most recent is the
2014 Art & Culture Prize bestowed by the City of Lucerne.
We are delighted to be able to welcome Pia Fries once again, for her fifth exhibition in our gallery.
This time, we present works from different cycles between 2006 and the present day.
Her bold approach to painting reveals colours, forms and structures as individually ordered
structures of the self, abandoning all traditional orders and values. Each image follows its own
internal logic – seemingly evident to the viewer, yet at the same time utterly inexplicable.
What is also important is the white space that sometimes forms the background, the substructure,
or the foreground itself. The pictures are not evenly painted and processed, but contain bundles
of colour that sometimes converge and sometimes diverge – yet which invariably reveal their
materiality and the diversity of their application; their rhythmic qualities are underpinned by the
way the colours flow into one another and permeate the body of the paint itself, as well as, for
instance, by the way some areas of still-damp paint are removed and reapplied elsewhere. A
wide variety of instruments may be used in the process, lending direction and structure to the
work, and emphasising such fundamental physical aspects as the effects of gravity, in particular:
turning, tilting and tipping the canvas to influence the flow of paint and the convergence of
colours. The white areas offset and highlight the coloured areas, creating the impression that
these paintings actually continue far beyond their physical boundaries into the very space in
which the viewer stands. Almost impossible to describe in words, these works generate a
compelling visual dynamic in which, on the one hand, the gaze is drawn to the apparently evident
directions and structures, while on the other, the colours themselves seem to reach out towards
the viewer with tangible plasticity.
For some time now, Pia Fries has also been using found images, which she silkscreens onto the
canvas, sometimes repeatedly, as both the starting point and extension of her cycles and series
of works. For instance, in one series, she uses the exuberantly manieristic tumbling bodies by the
Dutch painter and engraver Hendrick Goltzius (1558 – ca.1617). Works from this series can be
seen in the exhibition Windhand Laufbein at akku Kunstplattform in Emmenbrücke, in the Canton
of Lucerne. (Text: Axel Jablonski)
The opening will take place on Thursday, 27 August from 6 to 8 p.m. Pia Fries will be in
attendance. Visual material is available on request ([email protected]).
We look forward to seeing you at the gallery and thank you in advance for your interest.