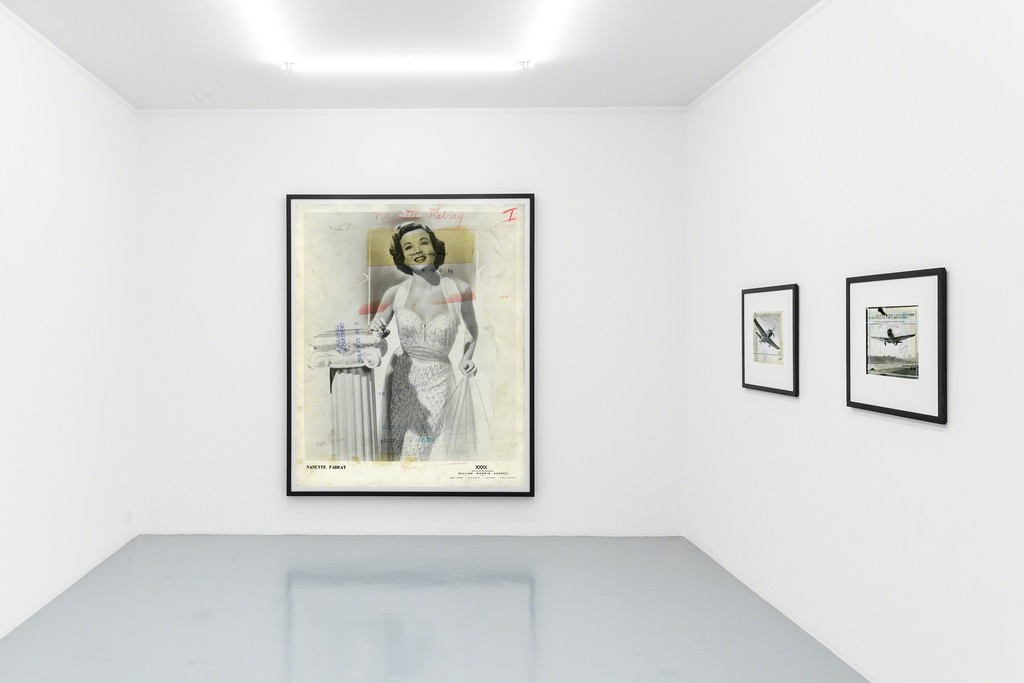 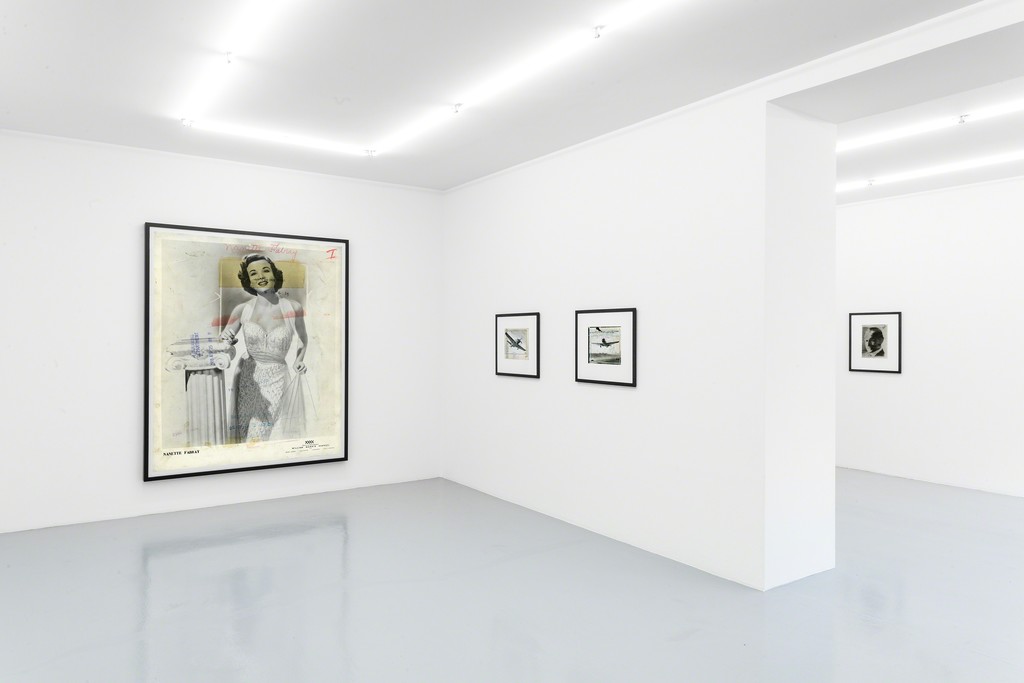 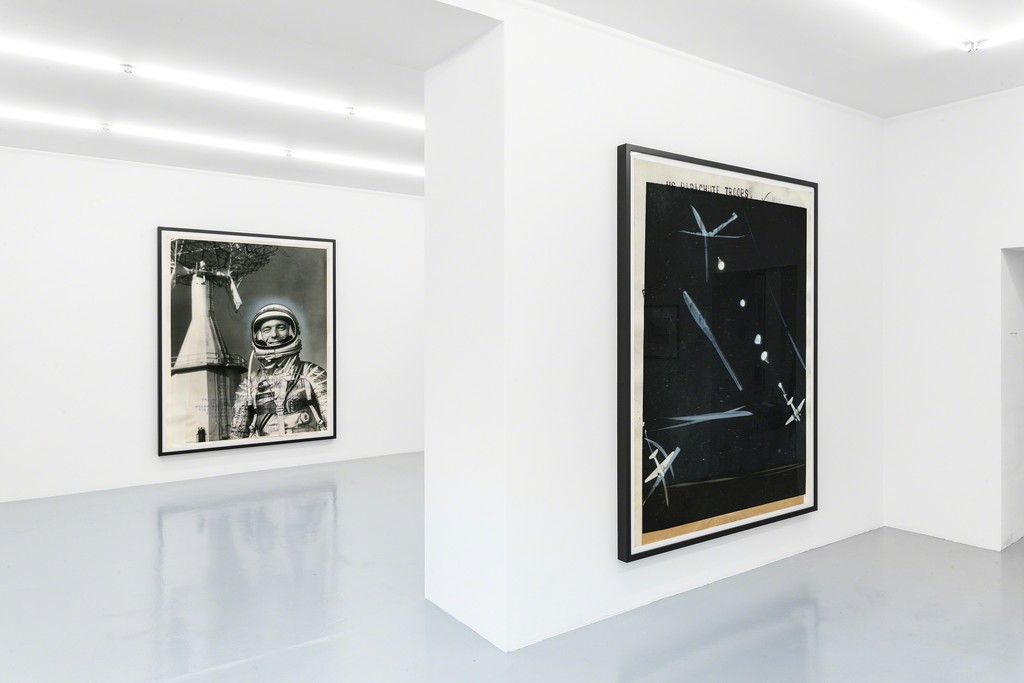 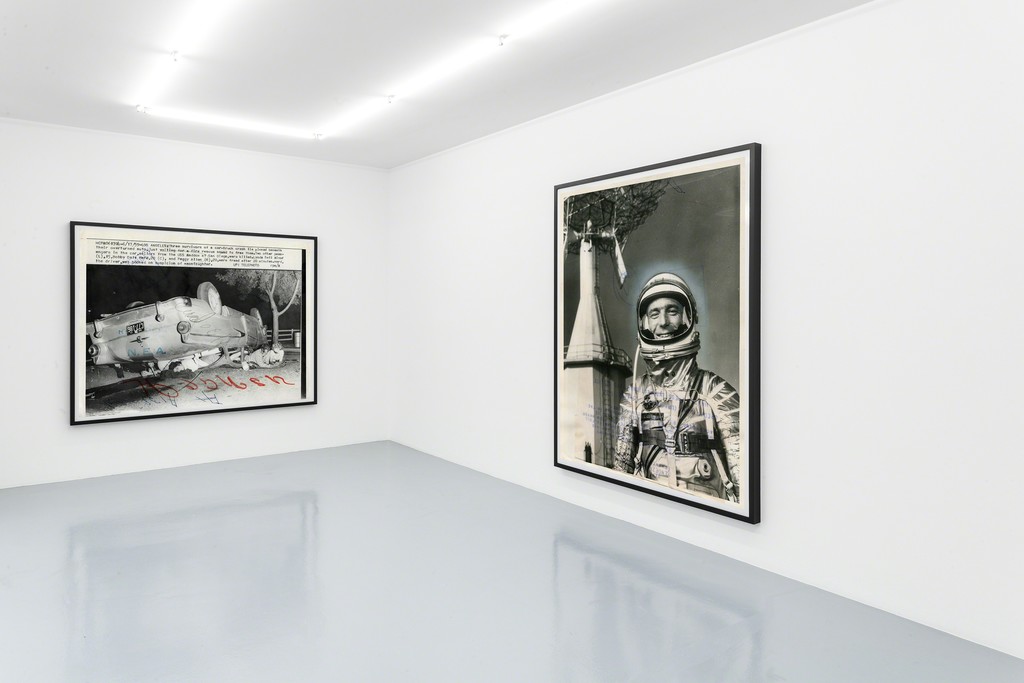 Mai 36 Galerie is delighted to present new works from the series press++ by Thomas Ruff (born 1958 in Zell am Harmersbach/Schwarzwald). Thomas Ruff lives and works in Düsseldorf and is one of the foremost international artists of our day.

Since the late 1970s, Thomas Ruff has been exploring the internal rules and structures of the photographic medium through his varied series. He is interested not only in the diverse genres of photography, but also in different photographic techniques. The artist analyses such diverse photographic genres as portraits, landscape, architecture, astronomy, reportage, nude or abstraction in terms of their visual impact and power of expression. In his work, Ruff deploys all manner of photographic techniques and methods: analog and digital, computer-generated, internet-mined, as well as images from scientific and private archives or press photos.

For his latest series press++ Thomas Ruff uses press photographs from the 1930s to the 1970s, which he was able to acquire from American and Japanese newspaper archives. The images he has selected span the entire spectrum of the news world – from politics to society, from science to technology, and from arts and culture to fashion. For the series, Ruff scanned the front and back of each photograph, combining the two sides so that front and back are accorded equal status in images that merge all the texts, notations and traces of use on the back with the image on the front. By combining the visual and textual aspects of these press photographs in a way that was not originally envisaged, Ruff creates a new and perhaps more „true“ image of each event. However, it is through this combination of recto and verso that Ruff raises one of the defining questions of photography – its claim to uniqueness. For the notations and usage traces on the pictures printed at high volumes and sent to the editorial boards of various press outlets turn a mass product into an individual and unique one.
In his series press++ Ruff follows on from some earlier series, including his series Zeitungsfotos (1990/91), in which he explored the information value of (press) photography, its visibility and its function in everyday life. The press++ series is thus a further link in his visual reflections on the potential of photography, the question of image generation and the way images are perceived in today’s world.

For more than thirty years, Thomas Ruff has been exhibiting in leading museums and galleries throughout the world – most recently at the Art Gallery of Ontario in Toronto, the National Museum of Modern Art in Tokyo and the 21st Century Museum of Contemporary Art in Kanazawa. In September 2017 a major retrospective of his oeuvre will be hosted at the Whitechapel Art Gallery in London. The artist’s close collaboration with Mai 36 Galerie, which regularly presents his latest works, dates back to 1988.
(Text: Valeria Liebermann)

The artist reception will be held on Sunday, June 11, 2017, 11 a.m. Thomas Ruff will be present.
Visual material is available on request ([email protected]).

We look forward to seeing you at the gallery and thank you for your interest.