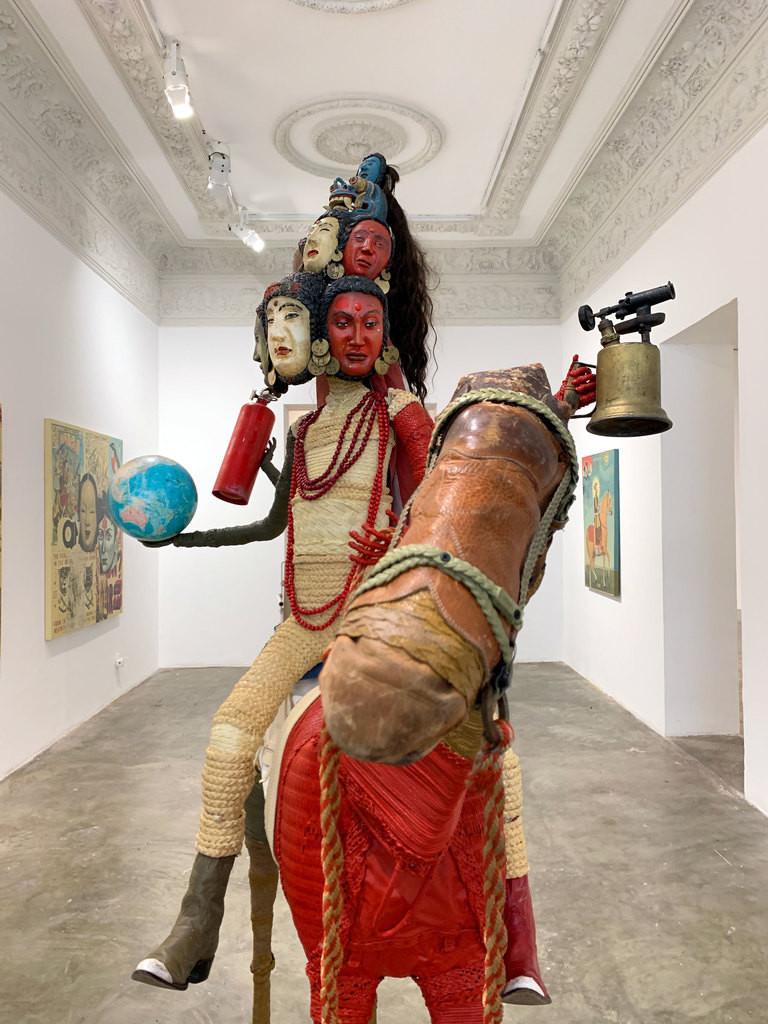 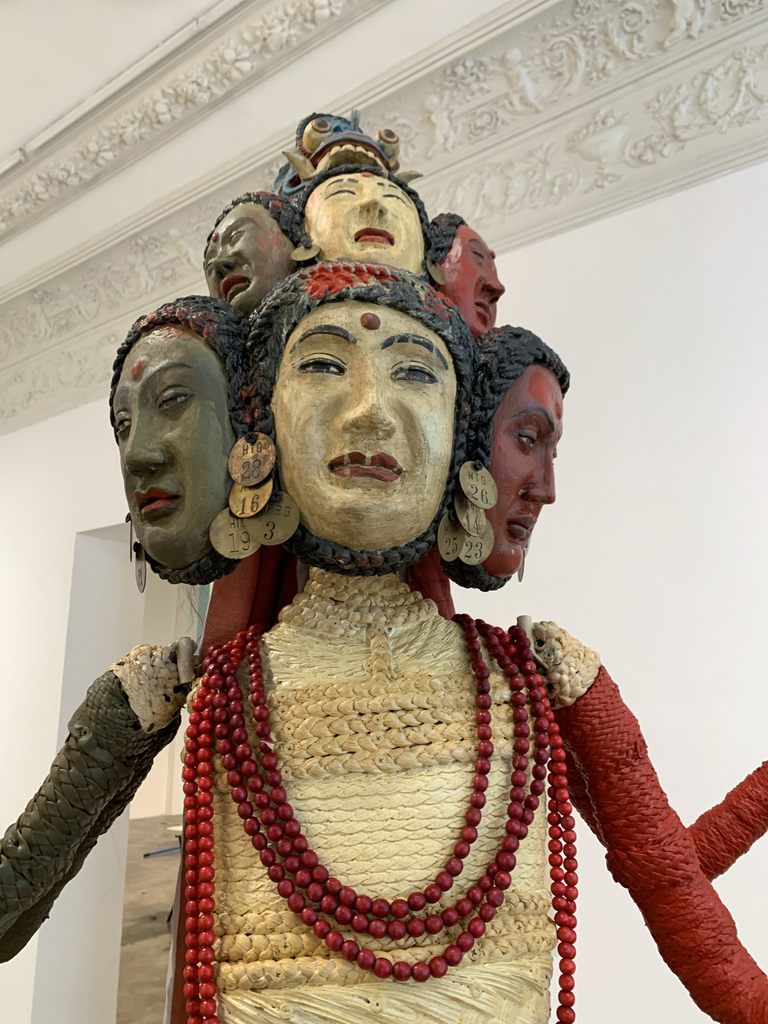 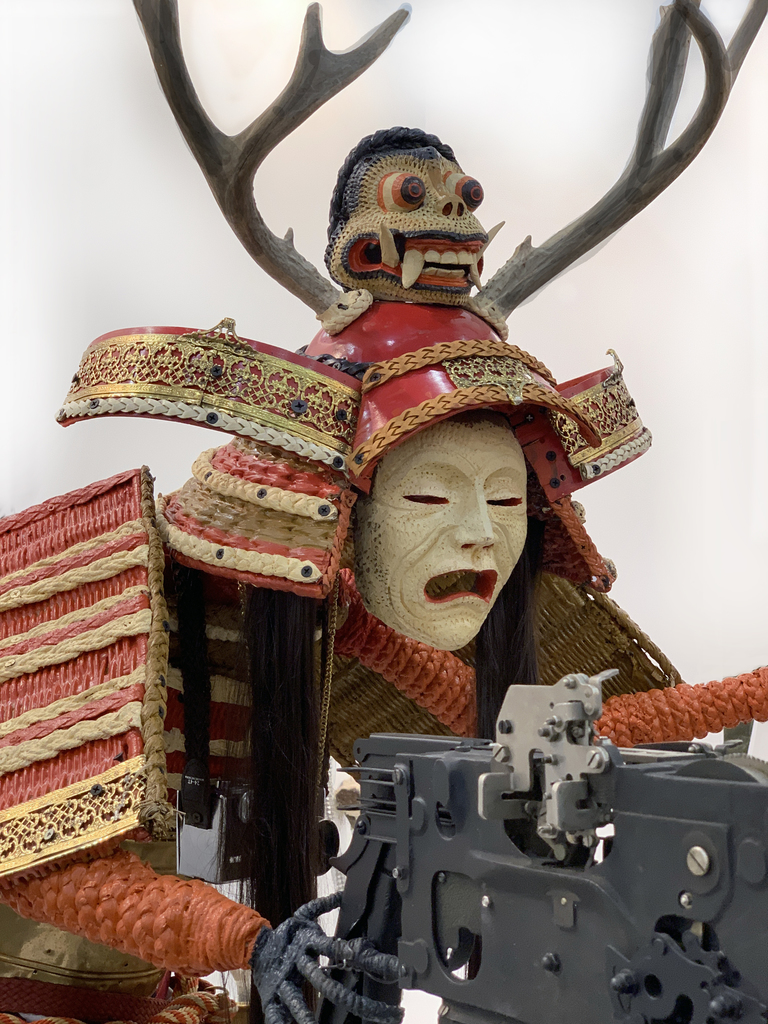 Having spent decades studying books about the art, mythology, religion, and history of cultures from across geography and time, the Colorado-based artist Ravi Zupa creates a unique visual language which masterfully combines influences from German Renaissance printmakers, Flemish primitives, abstract expressionists, Japanese woodblock artists and Mughal painters to religious iconography from Europe, Asia, and Pre-Columbian Latin America, as well as revolutionary propaganda from around the world. His works integrate seemingly unrelated images in search of something universal.

Drawing from a range of sources, such as technology, mythology, and both Eastern and Western religion, Ravi Zupa has created a new and unique universe filled with religious and historical figures as well as anthropomorphic creatures.. His art has an old-looking aura while being colored with contemporaneity and political awareness, tackling issues such as violence, struggle, anarchism, dystopia, pop culture, power, ideology, and political figures, among others.

Throughout his multifaceted studio practice, Zupa has been using an endless range of mediums, from using paint on canvas to scrap newspaper and recycled media for collages, to using typewriter components to create sub-machine guns. (Mightier Than Series)

The name for the show, Love Thy, comes from the often-cited Biblical verse, “Love thy neighbor as thyself.” The title is fitting for a show by an American artist in a Mexican gallery, as political forces aim to divide the two countries that are socially, economically, culturally and geographically linked.

This connection between Mexico and The United States is obvious in our day-to-day encounters as food, art, traditions, entertainment and ideas from both places have effortlessly passed through the militarized border that divides us. Zupa’s work that incorporates Mexican and Aztec imagery is proof of that. But he also uses imagery and inspiration from around the world. The mash-ups not only display the contrast between art and cultures across the globe but also their similarities and how beautifully they work when used in concert.

These pieces are made from a variety of techniques including several forms of printmaking, drawing, painting, sculpture and assemblage. Every image within each artwork was created by Zupa by hand.

THE MIGHTIER THAN SERIES

Mightier Than by multidisciplinary artist Ravi Zupa is heavy with symbolism, given today’s political and social climate. For several years, Zupa has been dismantling spools, levers and keys from antique typewriters and transforming them into weapons.

Though they are just as ominous-looking as actual guns, these sculptures are not used to destroy, but to contribute; a fitting physical representation of the saying “the pen is mightier than a sword”. Other items such as staplers and scrap metals are used by Zupa to complete his sculptures, holding them together with welds, bolts and rivots. He also creates ammunition “pen bullets,” used machine gun cartridges filled with pens and pencils—flip the old adage of “the pen is mightier than the sword” right on its head. The sculptures register at gut level first, equal parts meditation and raw counterattack.

In Ravi Zupa’s hands, the oxymoron of a thinking man’s gun becomes a reality. His is an artillery of words and knowledge.

“The artworks seem to hit different fronts. Like when people with different political and social positions have gathered to see these works, and everyone is there looking at them in their own way. I have witnessed moments in which tough guys on the street - that seem to come from a violent world - look at the sculptures at the same time as antiwar hippies, while on the other side some gun collectors and a couple of old ladies watch. While this is happening, there are more people around the works and some take pictures of them with their cell phone and discuss simultaneously. Some address the issue of violence and firearms, others about words and the strength with which ideas can be projected. So it seems that all these people are being impacted or at least stimulated by my work. Moments like those are what motivate me.” Ravi Zupa