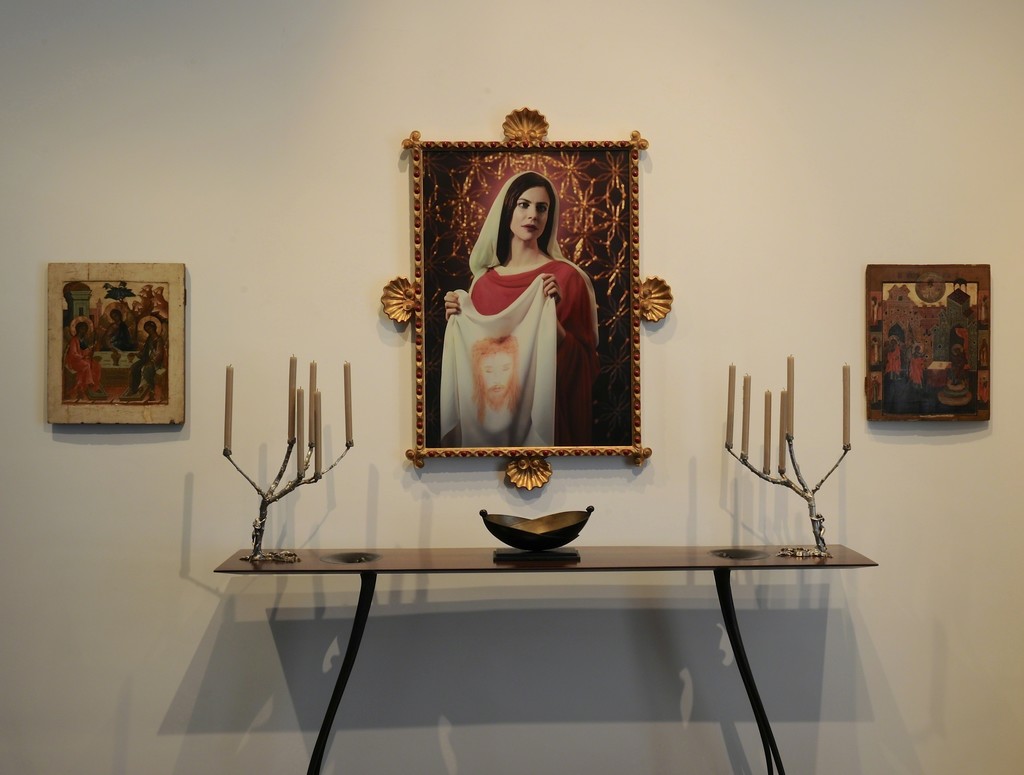 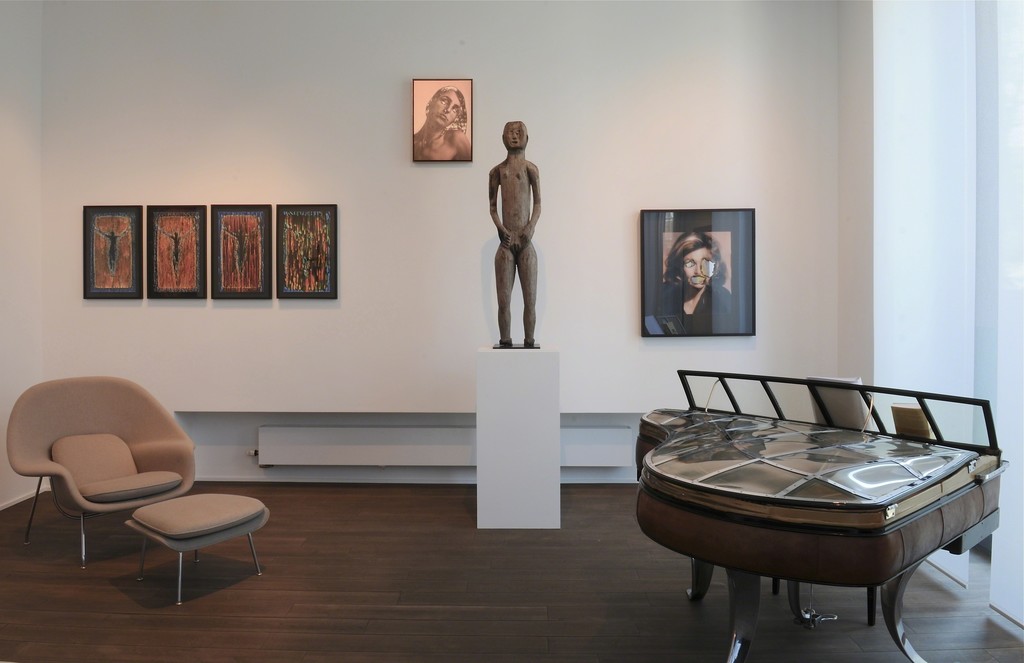 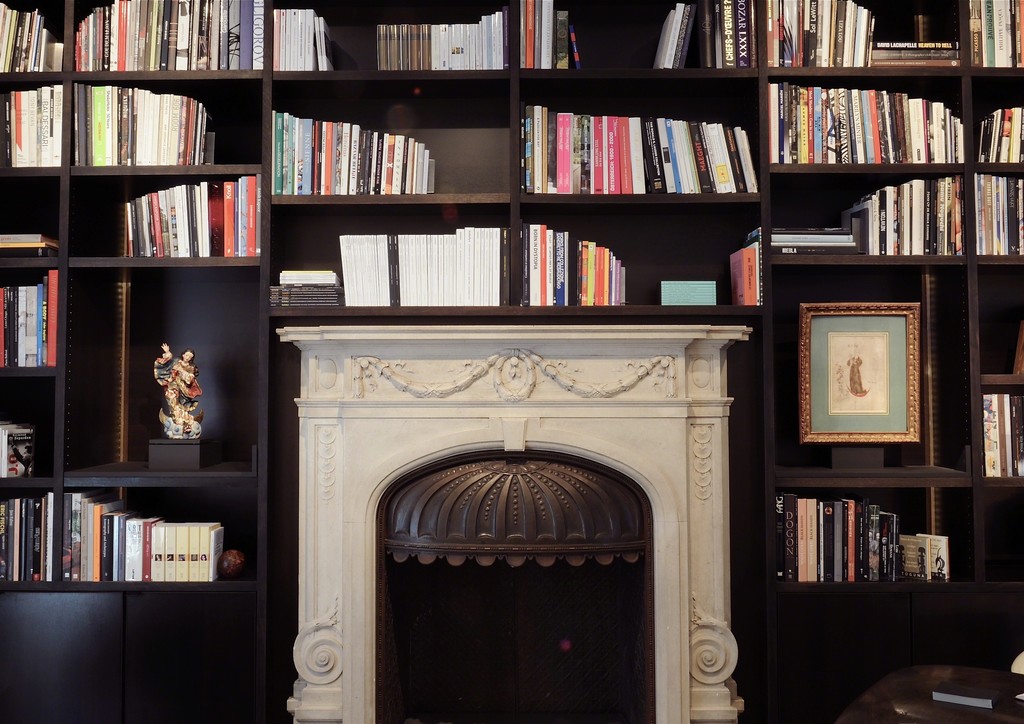 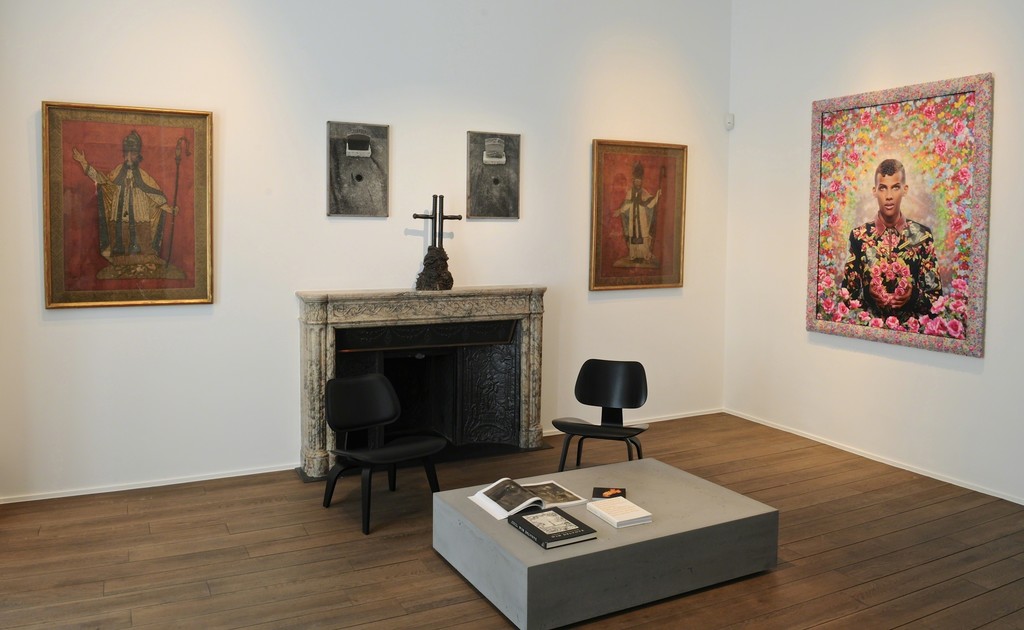 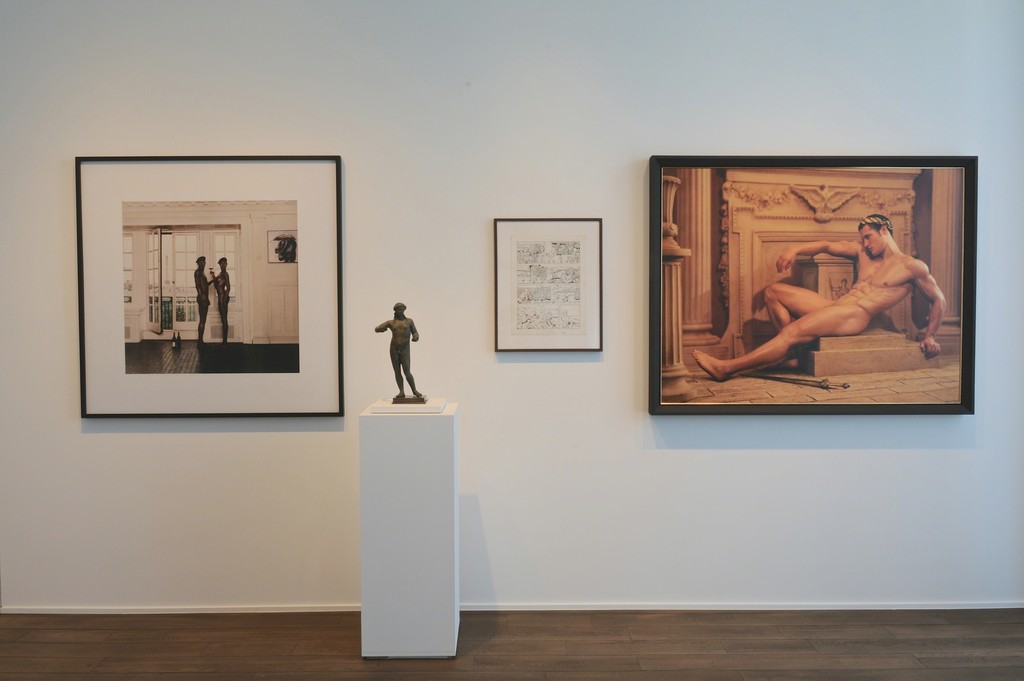 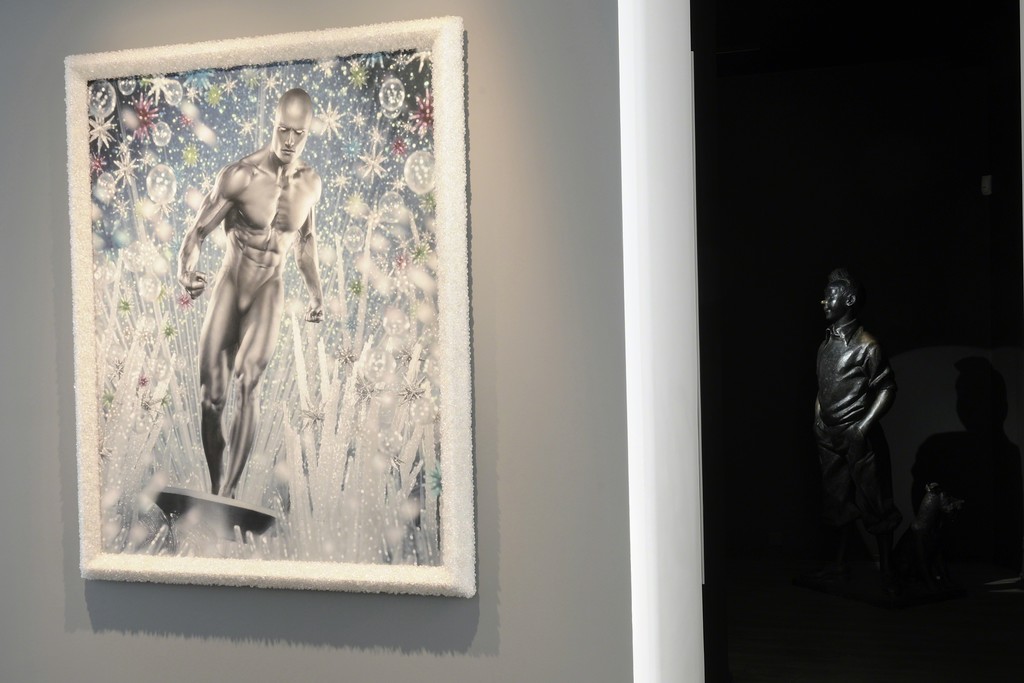 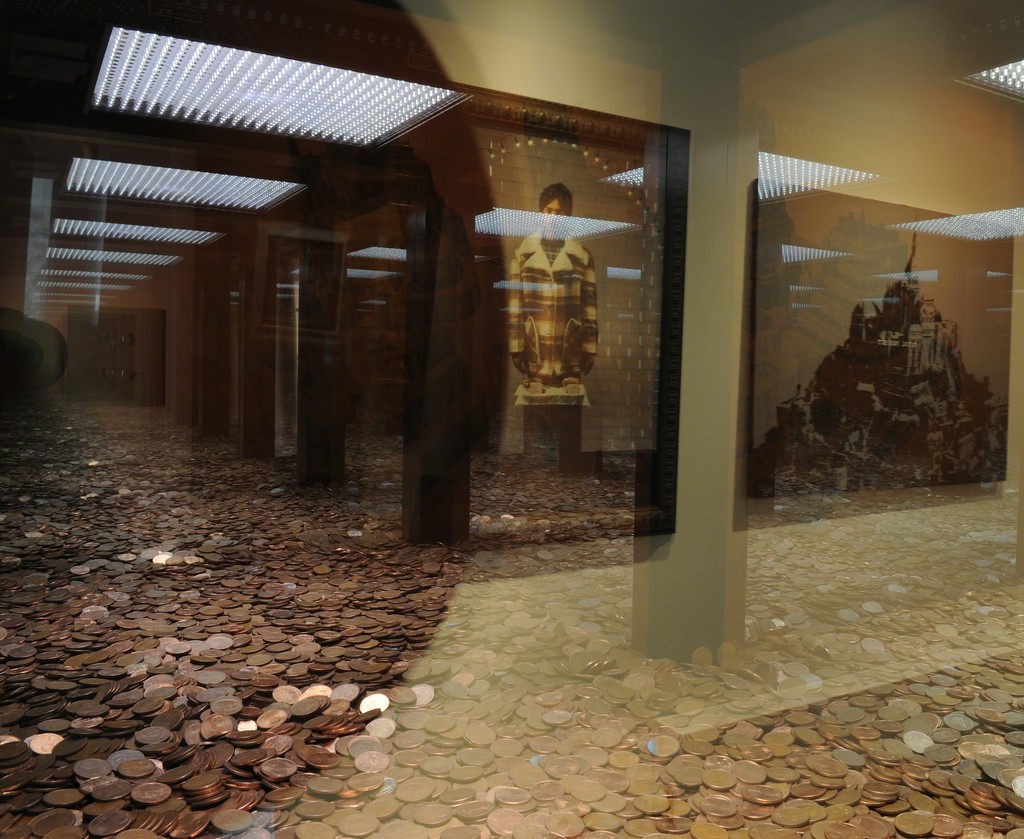 From ‘icône’ in French to ‘icon’ in English, from holy image to visual sign, from the sacred and venerated image to the symbol, this fourteenth exhibit at Maison Particulière explores both the intellectual significance and the emblematic figures of icons.

Spanning eras and styles, sweeping across the tastes and loves of each and every one, Icon(s) also seeks to be seen as iconoclastic. Rare is the exhibit where religious icons are found side by side with cartoon strips and contemporary art, which explains why the word Icon(s) is presented in both singular and plural form. Plural, because religious icons (Christian, Hindu, or Buddhist) are presented with major, towering figures from both modern and ancient history, master thinkers, and mythological or cartoon heroes. Singular, because these icons share a point in common: the power of the image, the “active presence” that incarnates “the deepest soul” of mankind*.

Maison Particulière is fond of unusual ideas that bear witness to the personal visions of its guests: the collectors, the artist, and the literary guest. Every guest has provided “personal commentary” on Icon(s).
For Icon(s), the guest artistic duo Pierre et Gilles intentionally and spontaneously selected a mixture of genres “found in popular Indian culture,” where, interspersed among the postcard stands, are Hindu gods, Catholic saints, Bruce Lee, and JFK. What a lovely excursion into their imagination.
Augmenting the works by Pierre and Gilles are the works of art selected by four art-collecting couples, each with different sensibilities, yet linked by one shared passion.
Every one of them has enriched the significance of Icon(s) through their personal visions and selection of emblematic works, like a snapshot of their collection.
The Cartoon Strip, thanks to our guests Charlotte and André Querton, is an especially bedazzling leap back into our childhood. The image was in existence well before writing, which provides the necessary backdrop for understanding the Querton collection of original cartoon plates, “so as to discover the artist’s primal gestures.”
Cookie and Cédric Liénart de Jeude tackle the richness of contemporary artists who challenge, reinvent, and question the very notion of Icon(s). “Every coin has its flip side”: between yearning for perfection and danger of being blinded by beliefs because, indeed, believing is not knowing…
The sense of the sacred, especially in the Christian religion, is broached by the entire selection of works from the collection of Béatrice and Philippe le Hodey: Saints from the Middle Ages, Russian icons and 16th century paintings are confronted with the perspectives of contemporary artists.
The final collection is ours. Art of yesteryear and today, we have selected works in a spirit of curiosity, playfulness, and fun. With a nod to Las Meninas, a fascination for Buddhas, and a passion for archeology… a worship of art and icons as a mirror of our era.

The finishing touch is the esteemed literary gaze and the art of the written word supplementing the art of the visible. Jean-Claude Simoën is inherently a man of curiosity and wild passions, who is terribly and seriously amused by the world surrounding him. Founder of the Collection des Dictionnaires amoureux published by Plon, Jean-Claude Simoën produced a “book of parallel notes” filled with his literary loves and his wandering thoughts, inspired by the works in the Icon(s) exhibit.
Paul Valéry, Voltaire and Chateaubriand, Beauvoir and Yourcenar, Flaubert and Malraux are but a few of the emblematic and captivating authors summoned by Jean-Claude Simoën.

Maison Particulière embodies the art of living with art, with decorative and visual arts, symbols of the collectors’ sundry passions. With this in mind, Yves and Victor Gastou selected a series of original furnishings for Icon(s). A console, a coffee table, a mirror, and other furnishings created by some of the most emblematic designers of the 20th century, including Ettore Sottsass, Paul Evans, and Pierre Cardin, dot the various rooms of Maison Particulière.