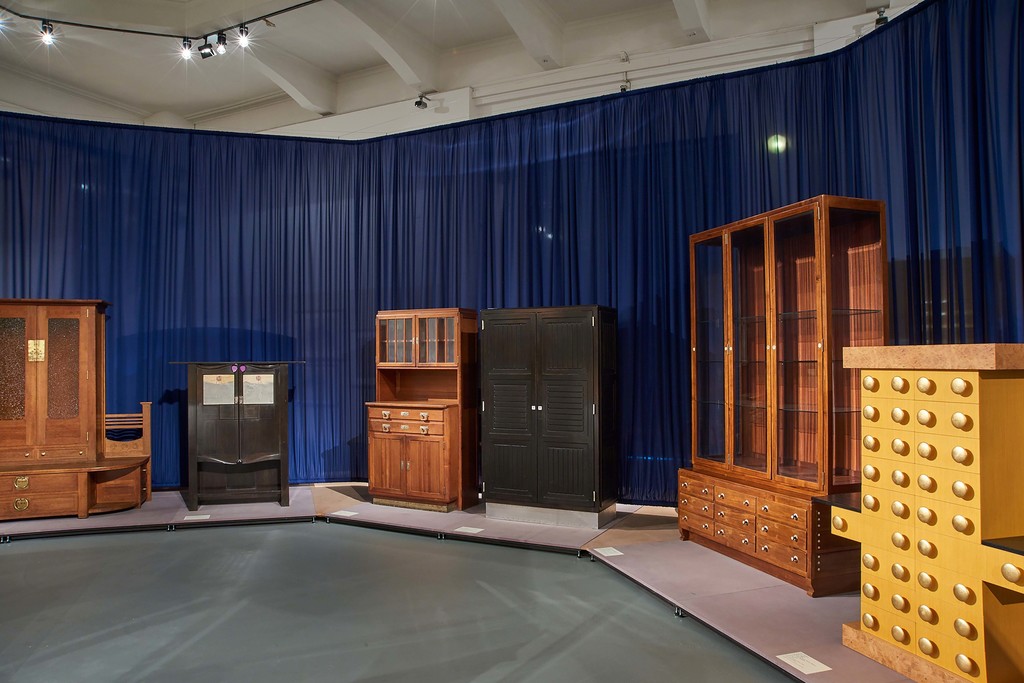 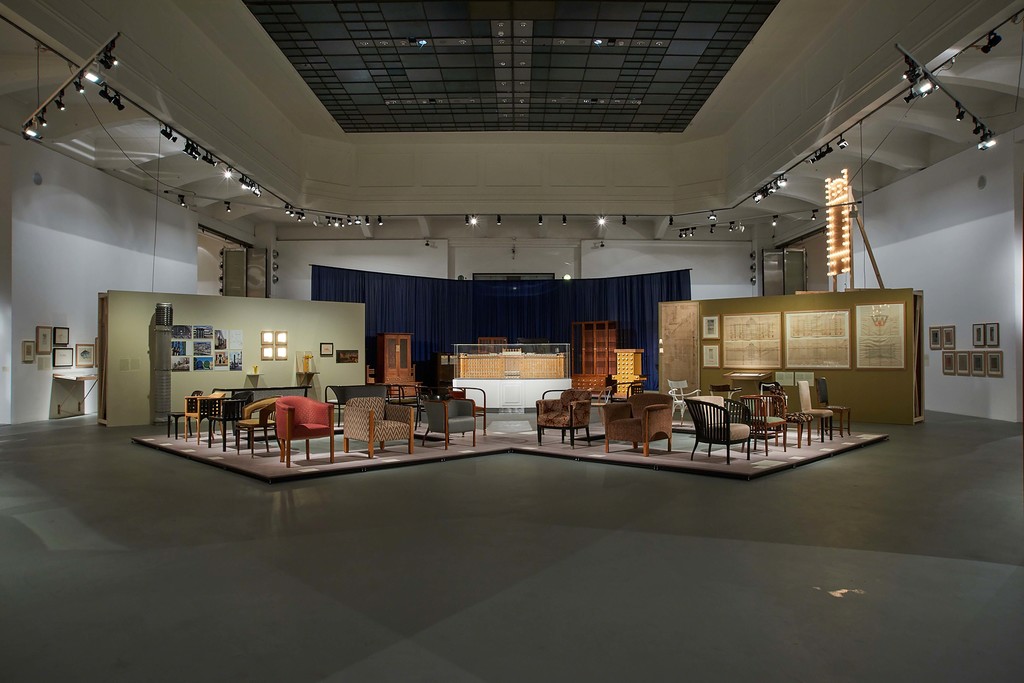 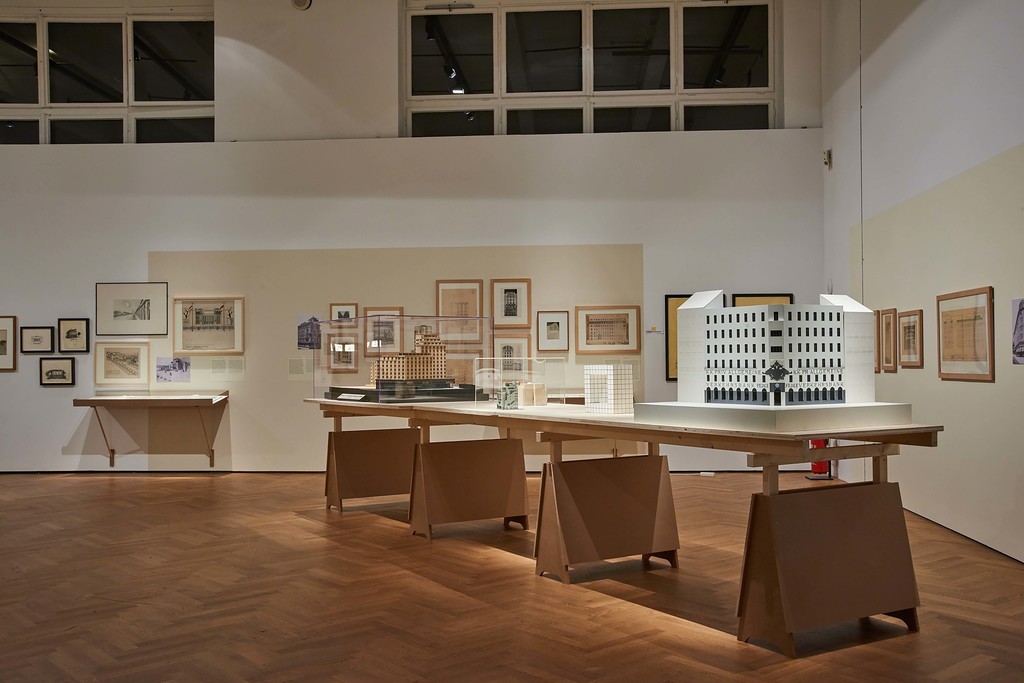 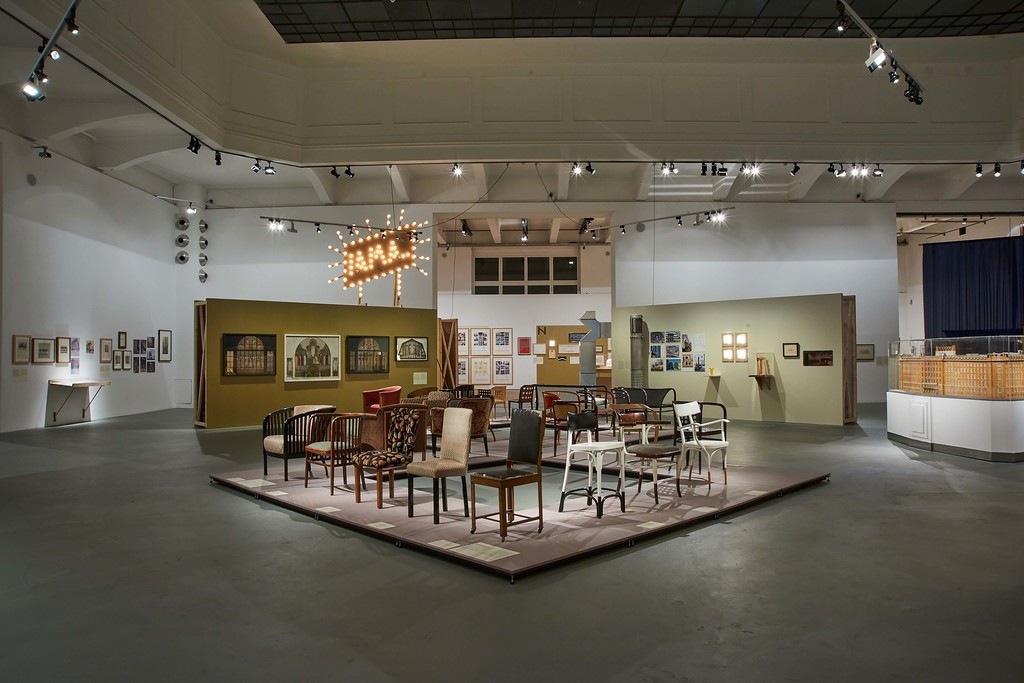 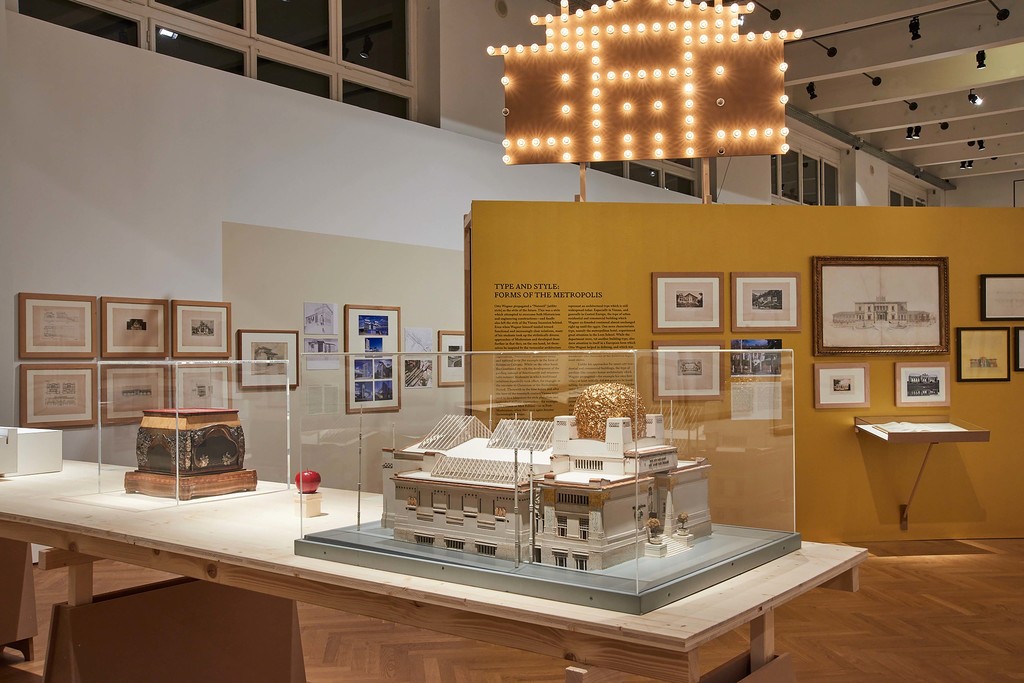 To mark the 100th anniversary of Otto Wagner’s death the MAK exhibition POSTOTTO
WAGNER: From the Postal Savings Bank to Post-Modernism directs its focus on the lasting influence of his epochal works on other architects and designers. Wagner is considered to be one of the most important pioneers of early Modernism: His rejection of the use of historical styles, his globally respected writings on architecture and urban planning, and his excellent structures are still inspiring today. The MAK exhibition takes a look not only at the interaction between Wagner and his contemporaries, but also at his influence on his students and later generations of architects and designers in particular.

With buildings like the Imperial Royal Austrian Postal Savings Bank, the St. Leopold Church at the Steinhof, and the structures of the Viennese metropolitan railway Wagner became one of the most important architects on an international scale. The Austrian Postal Savings Bank (1904–1912), one of his main building projects, distinctively stands for the notable connection between traditional forms of construction and contemporary engineer’s architecture which he initiated. This key work of Viennese Modernism marks the central starting point of the MAK exhibition. Wagner used constructive elements as form giving principles, with the equally ornamental and functional use of aluminum bolts he gave the building’s marble plated façade the impression of the machine age. Even still today the furniture which he designed for the Postal Savings Bank serves as a model for furniture design.

The exhibition POST-OTTO WAGNER: From the Postal Savings Bank to PostModernism
approaches the multivalent network surrounding Otto Wagner’s architectural legacy in three sections which can be viewed in any order: Plan and Methods: Dimensions of the Metropolis
With comprehensive urban projects like the expansion of the Danube Canal (1898–1908) and the Vienna Metropolitan Railway with its stations which are seen as objects of interest (1894–1901) Otto Wagner made lasting changes to the Viennese cityscape. Convinced that the technological forms of the engineer had to be artistically transformed by architects he thought of urban development in particular in new dimensions. The decades around the turn of the twentieth century were also internationally the time of the “great plan.” After the success of the Chicago World’s Fair (1893) spaciously planned city visions emerged worldwide, such as Daniel Burnham’s plan for Chicago (1909), the city developing competition for Canberra (1912), Eliel Saarinen’s
design for Helsinki-Munkkiniemi (1915), and Hendrik Petrus Berlage’s plan for Amsterdam
South (1914).

In his study Die Großstadt (1911) Otto Wagner wrote down his ideas for an unlimited metropolis. Until today Wagner’s large-scale projects with their monumentality and symmetry and almost baroque-style character, and his so-called “cellular conglomerates” which as networks and grids have remained a dominating thinking pattern in urban development have continued to influence the planning of cities. In theory and in the experimental architecture of the 1960s and 1970s the modern grid-planned city was regarded with an equal amount of criticism and enthusiasm.

Colossal public housing complexes which were built by students of Wagner in the Red Vienna era, such as Karl Marx Hof (Karl Ehn, 1927–1930), Karl Seitz Hof (Hubert Gessner, 1926–1933), and the Rabenhof (Heinrich Schmid and Hermann Aichinger, 1925–1928) still bear witness to the monumental city visions which Otto Wagner communicated at the Vienna Academy of Fine Arts at the turn of the twentieth century.

Type and Style: Forms of the Metropolis
After 1900 Otto Wagner tended toward increasingly clear and simple solutions in architecture. With the so-called “Nutzstil” [Functional Style] which he developed and whose forms were to be derived from materials, construction, and function, Otto Wagner ultimately overcame Historicism, engineering structures, and finally the style of the Vienna Secession. In contrast, after the First World War his students took up the stylistically diverse approaches of Modernism and developed them further. On the one hand they oriented themselves on regionalism, the homeland style, and national styles (like Czech Cusbism), while on the other hand they found interest in the International Style as well as in traditional solutions like Classicism and the Biedermeier style. Vienna after 1900 was therewith a laboratory for style pluralism and individual stylistic
approaches, such as those of Josef Plečnik and Max Fabiani, which once again became
topical in Post-Moderism.

Starting not only from Wagner an innovative type of metropolitan office and residential buildings, department stores, and hotels established itself in Vienna and in Central Europe. An example of these new building tasks is not least the famous House on Michaelerplatz (1910–1911) designed by Adolf Loos.

Technology and Material: Constructions of the Metropolis
Characteristic buildings like the Postal Savings Bank, the apartment building known as the “Majolika House” in the Linke Wienzeile, dressed with its glazed ceramic tiles (Otto Wagner, 1898–1899), the Neumann department store on Kärntner Straße (Otto Wagner, 1895/96, destroyed), the Zacherlhaus (Josef Plečnik , 1903–1905), and the commercial building Portois & Fix (Max Fabiani, 1900) stand in this section of the exhibition as examples of the innovative approach to constructive possibilities, manufacturing techniques, and materials which Otto Wagner promoted. Not only staff members and students like Max Fabiani, Josef Plečnik, and István Medgyaszay let themselves be inspired by Wagner’s handling of façades. Obvious parallels
can also be seen in the works of important representatives of Post-Modern architecture, such as Robert Venturi and Denise Scott Brown. The meaningful aspects of the façades of their post-modernist buildings can be considered separate from their structure―in the sense of an American culture of billboards.

The exhibition is accompanied by the publication POST-OTTO WAGNER: From the Postal Savings Bank to Post-Modernism by Sebastian Hackenschmidt, Iris Meder, and Ákos Moravánszky, edited by Christoph Thun-Hohenstein and Sebastian Hackenschmidt,
German/English, ca. 300 pages with numerous color illustrations.
MAK/Birkhäuser Verlag, Vienna 2018. Available as of the end of June at the MAK Design
Shop and at MAKdesignshop.at.

Press photos are available for download at MAK.at/en/press.
The exhibition is realized with financial support from the European Regional Development Fund, and is part of the project “Bilaterale Designnetzwerke” within the framework of the program INTERREG V-A Austria-Czech Republic.