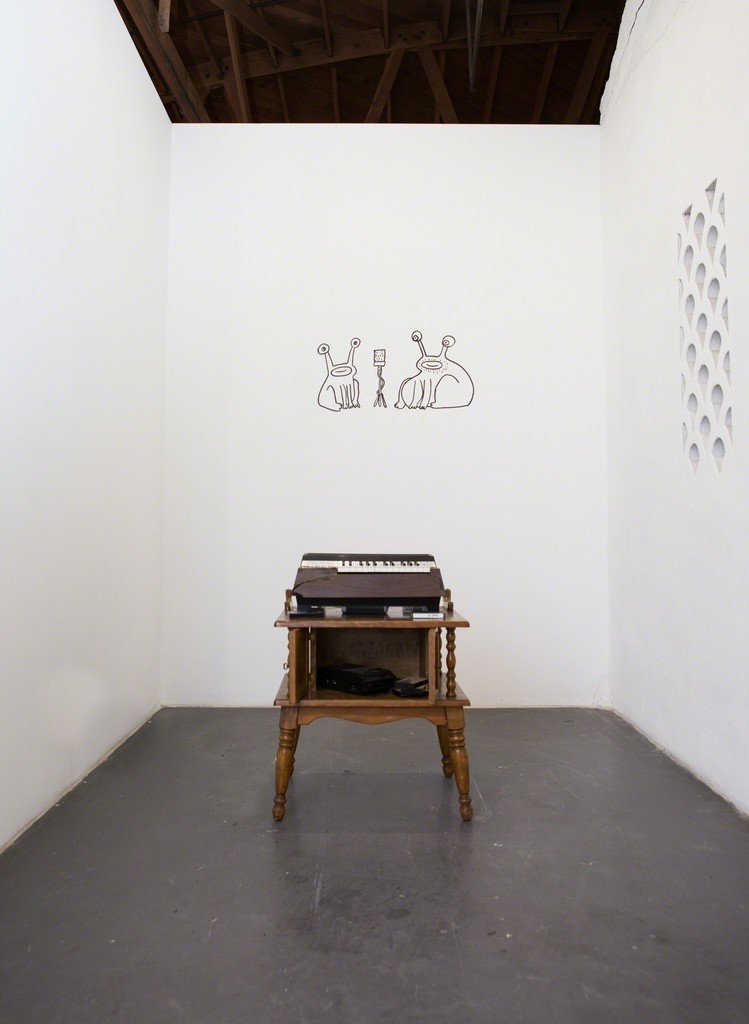 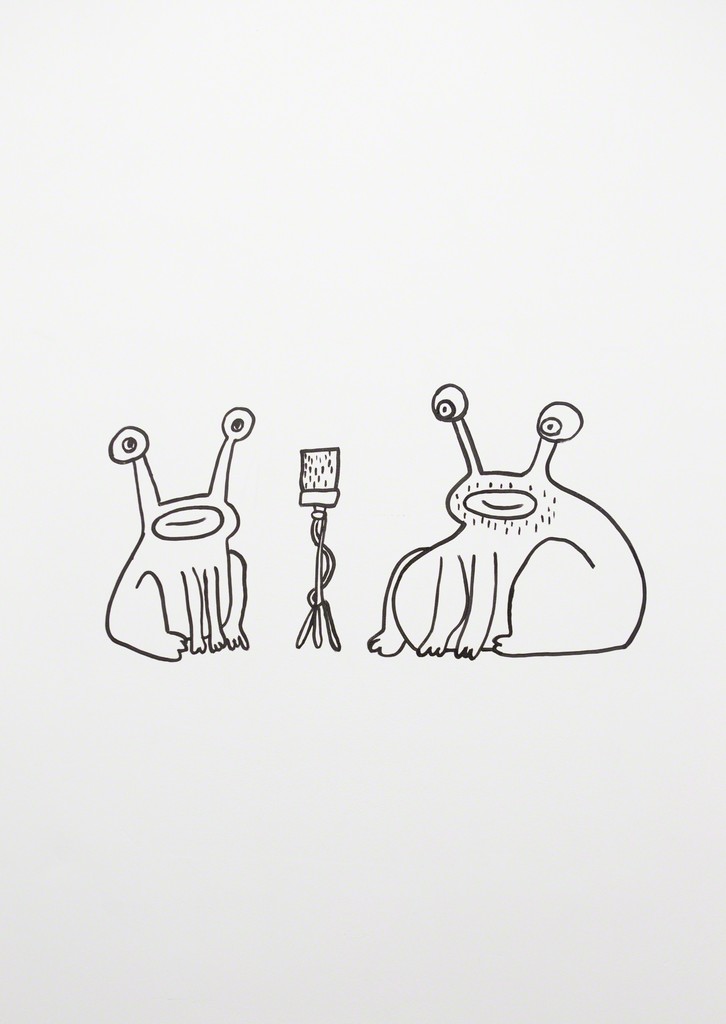 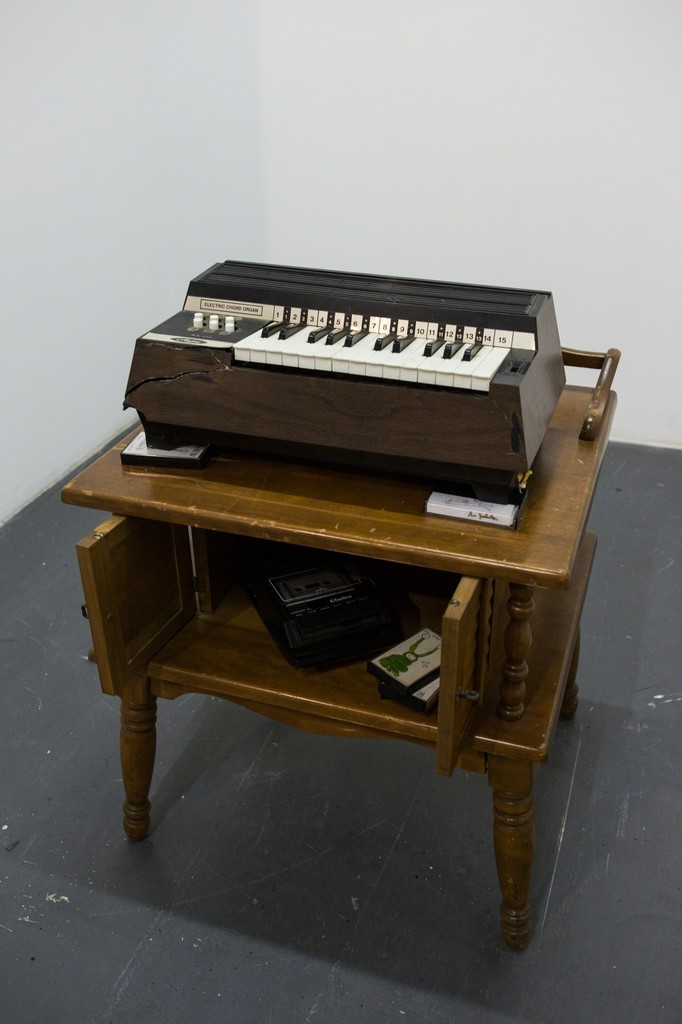 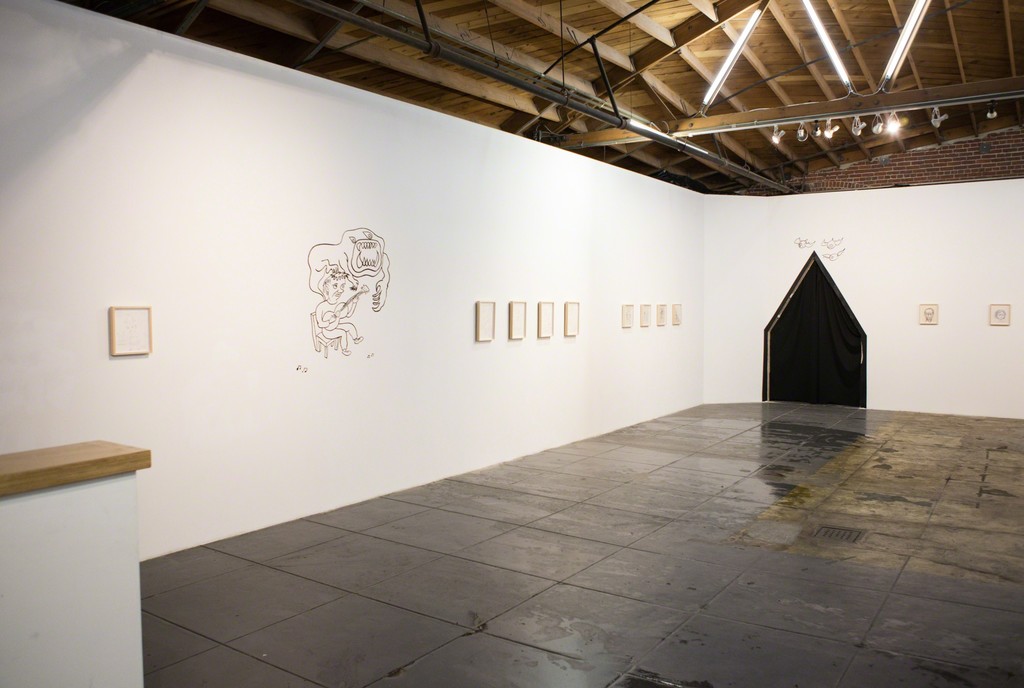 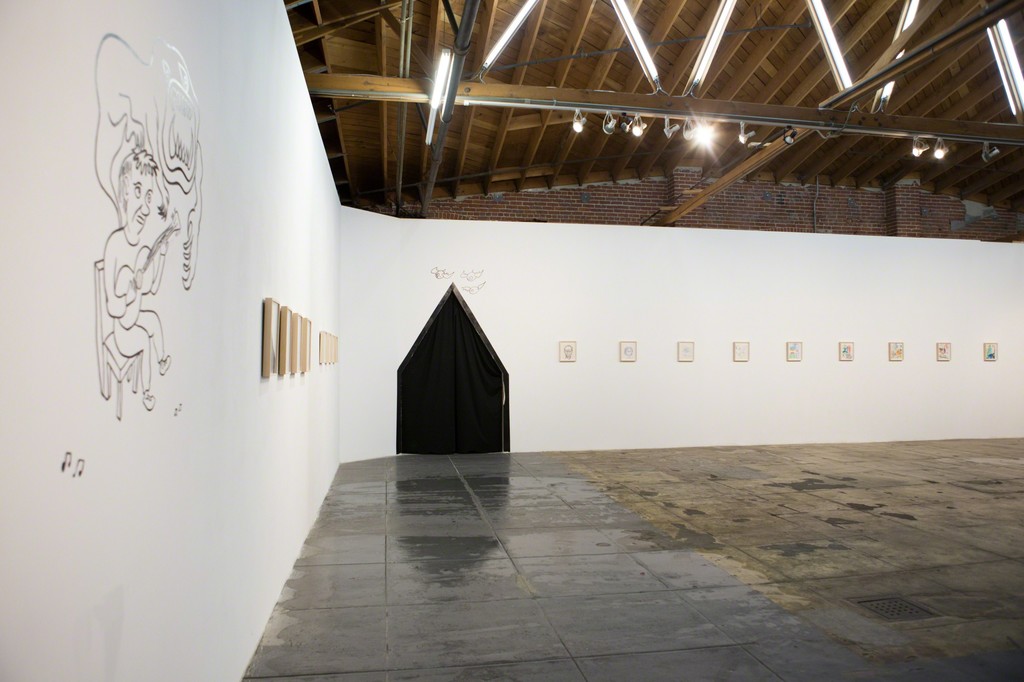 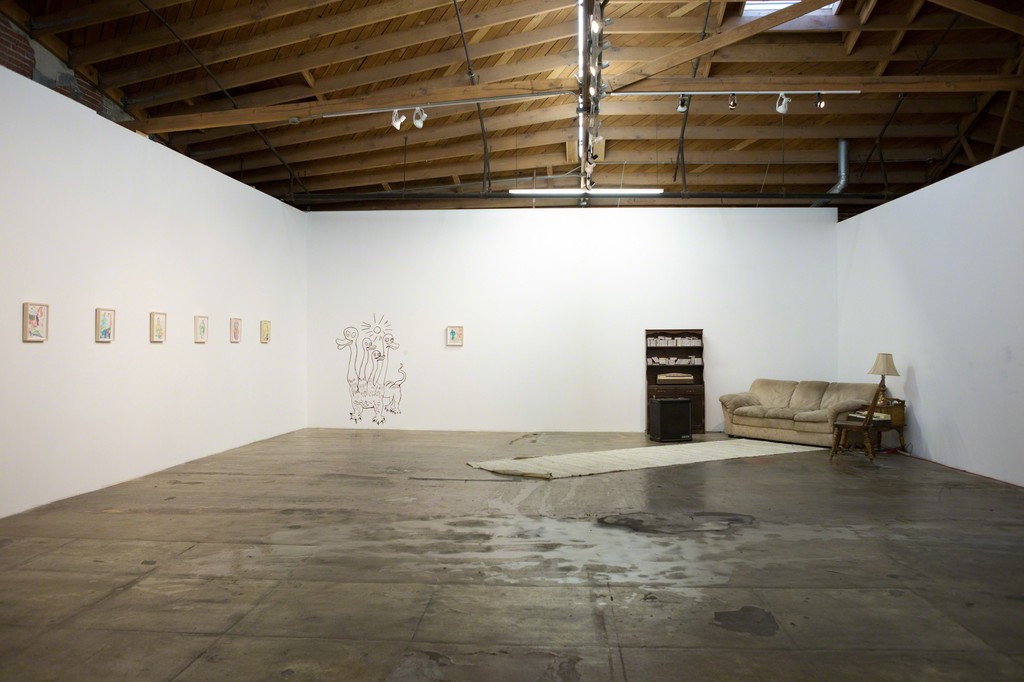 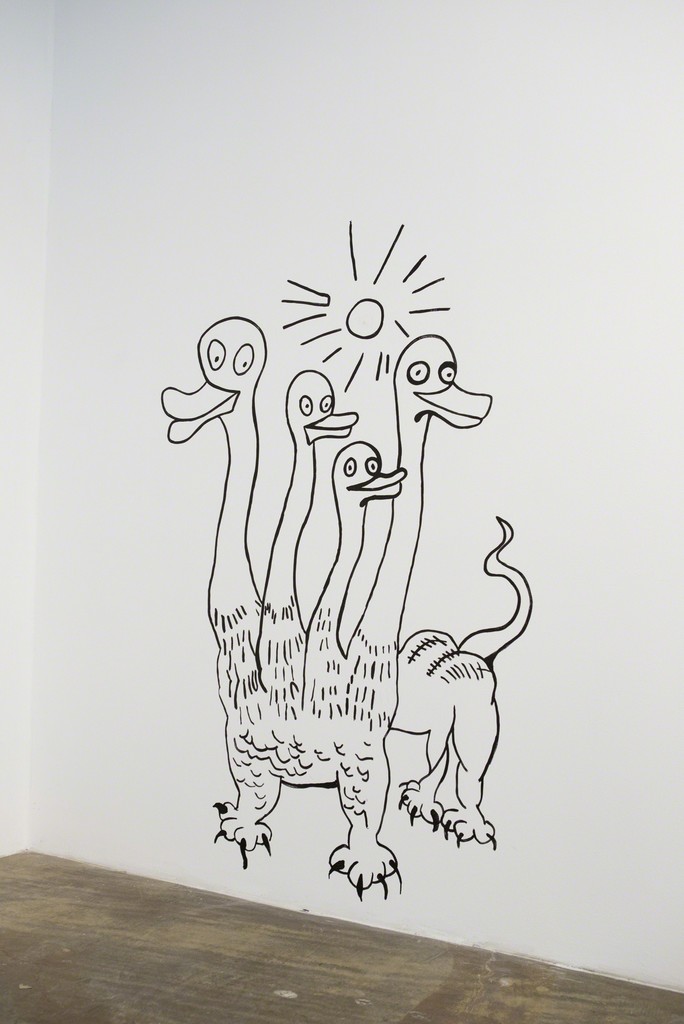 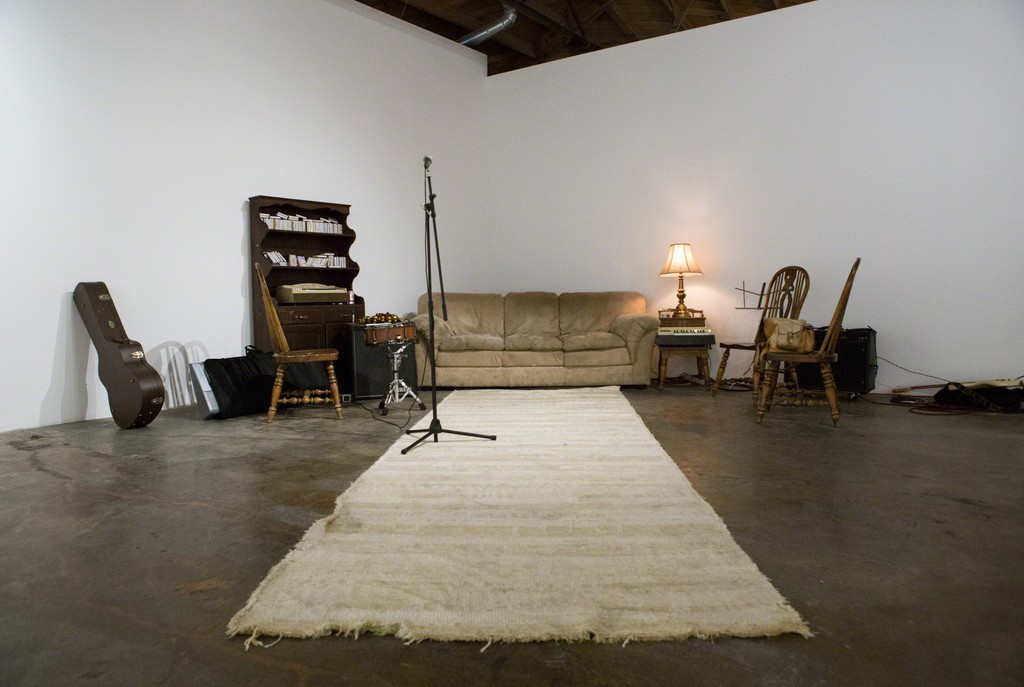 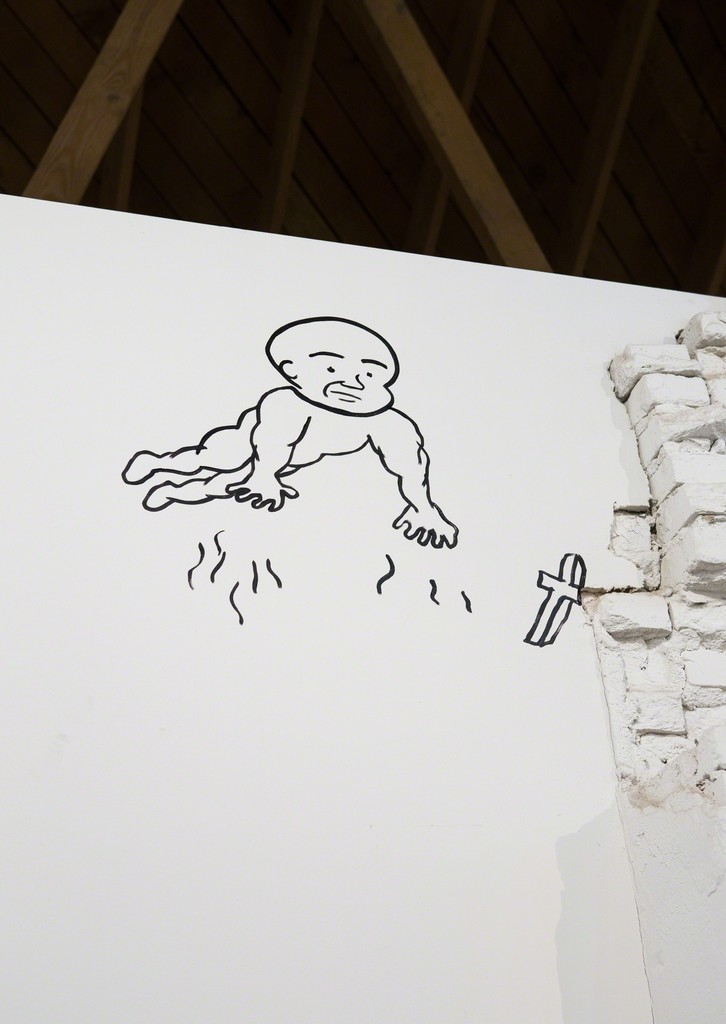 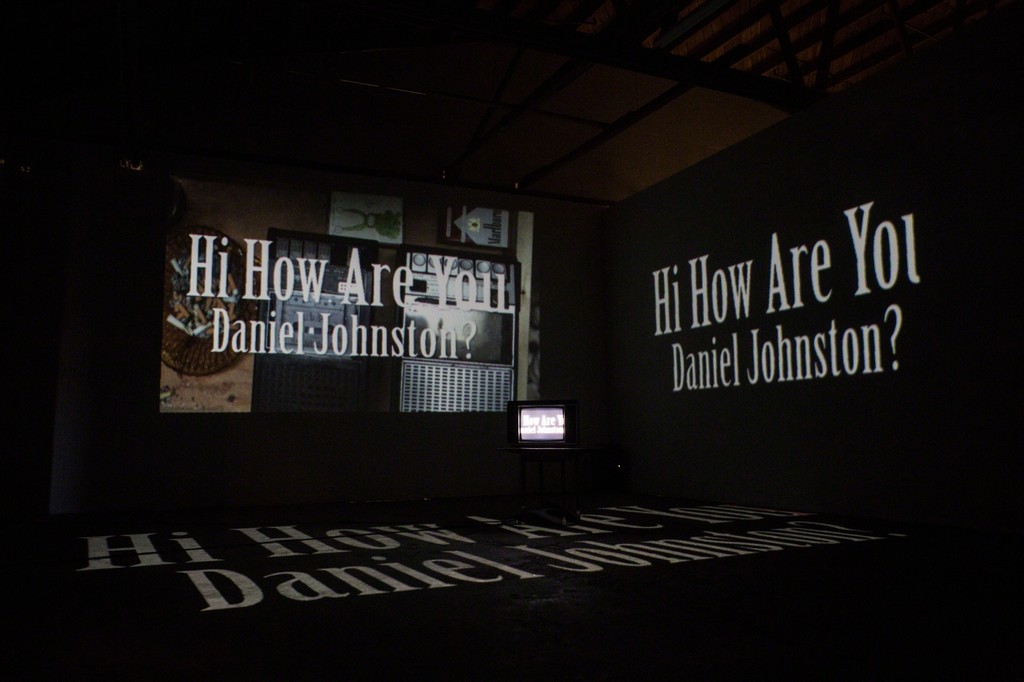 MAMA Gallery is pleased to present Hi, How Are You Daniel Johnston?, an immersive exhibition exploring the art, music and mind of prolific cult singer-songwriter-artist, Daniel Johnston. The November 7, 2015 opening reception will feature the world premiere of the short film Hi, How Are You Daniel Johnston?, directed by Gabriel Sunday, starring Daniel Johnston.
This unique exhibition explores Johnston's early work from 1979 to 1989, the era when Johnston created his
iconic album Hi, How Are You and had his first mental breakdown. The work included expose his heartrending
tales of unrequited love, cosmic mishaps, and existential torment. Johnston’s drawings depict his Spirit World
Description Amount
characters, a cast of alien-like creatures who battle demons and giant naked torso women. Pop culture and religious comic book imagery spin together to create the schizophrenic psychedelia that has made Johnston famous. The artist has a remarkable following of fans, most notably the late Kurt Cobain who often wore John- ston's Hi, How Are You t-shirt in public, as well as Matt Groening, David Bowie, and an ongoing list of key figures in the music and art world.
The exhibition sets the stage for the world premiere of Hi, How Are You Daniel Johnston? Attendees step into a multi-screen experience enveloping the viewer into Johnston's world. The film is a musical tale of an aging artist encountering psychedelic dreams, nightmares, and characters from his past. For the film, director Gabriel Sunday recreated the 1983 garage where Daniel recorded his iconic album amidst his first mental breakdown. Sunday and producer David Lee Miller, have been creating this project over the last six years and have spent a great deal of time in Texas with the Johnston family. Gabriel who also plays young Daniel from 1983 share “when I’d visit Daniel, we’d play music and draw each other. Sometimes I’d sing like him. The chemistry was so fun and he agreed it would be a trip to film two Daniel’s from different eras meeting inside his head. What we ended up filming was truly inspiring. Daniel actually gave his younger self advice. And it’s advice every artist should hear. Who knows more about surviving insanity and the creative struggle than Daniel Johnston?"
The short film Hi, How Are You Daniel Johnston? is set to premiere online 11/11/2015 at www.DanielJohnstonFilm.com. The completion of this film is due in large part to Johnston’s fans, who came together on Kickstarter to fund the final stages. This final fundraising effort attracted the attention of musician fans Lana Del Rey, Mac Miller and Barrie-James O'Neill, who contributed to the campaign and joined the project as executive producers. For the film, Lana Del Rey created a haunting original cover of Daniel’s song, Some Things Last a Long Time, produced by Barrie-James. Appearing in the film is musician/actress Soko as John- ston's long-lost love, Laurie. The film includes original animation based on Johnston's iconic character, Jeremiah, animated and voiced by The Brothers McLeod and produced by Ron Diamond and Tara Beyhm of Acme Film Works.
The film is presented courtesy of executive producers Larry Janss and David Lee Miller of Regenerate Media and is a co-production with Settlers LA. The immersive screening and short film is produced by Erica Sterne. The exhibition features mural work by Evan Ross Murphy. The project is made possible by Dick Johnston and family.
The public film premiere and exhibition Hi, How Are You Daniel Johnston? will open Saturday, November 7, 2015 from 8:00PM - 10:00PM and will be on view through November 11, 2015. Opening night spirits provided by GreenBar Craft Distillery, craft brews by Boomtown Brewery and sparkling water by Perrier.