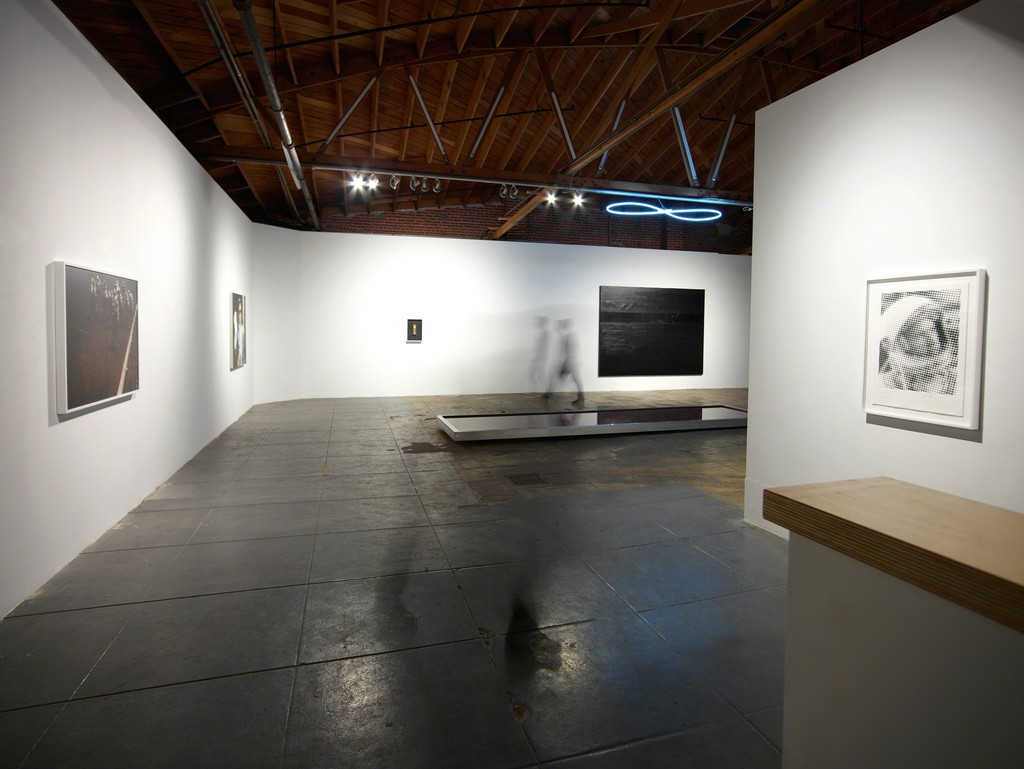 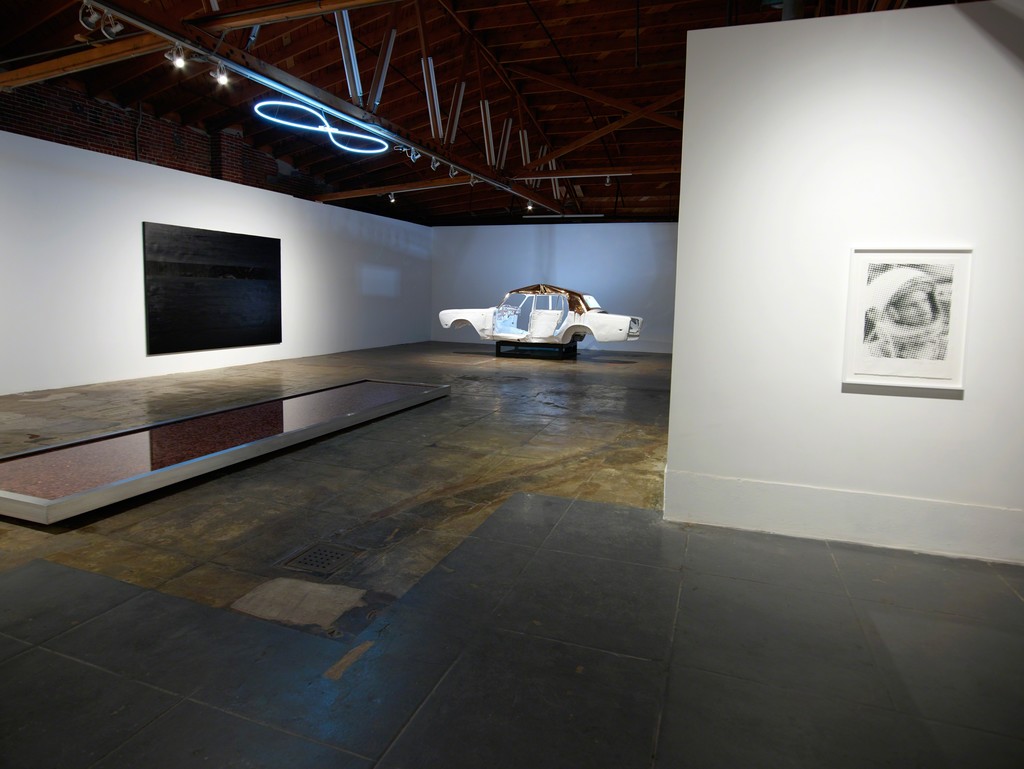 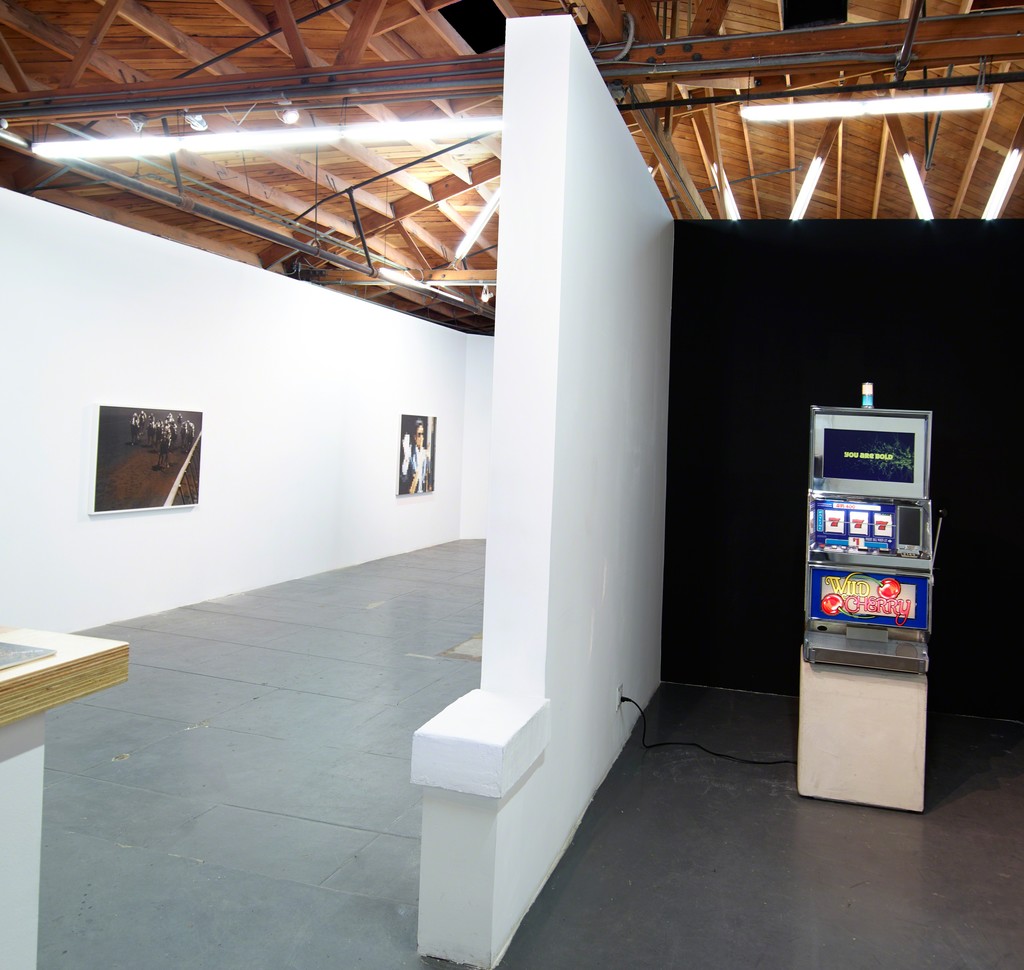 MAMA Gallery is pleased to announce There Is No End, James Georgopoulos’ first solo
exhibition with the gallery on view February 28 through April 4, 2015.

This exhibition of new work by American artist James Georgopoulos explores familiar themes
and tropes of sexuality, consumerism, and money worship – thoughtfully disguised in popular
culture as the American dream. Following in the same lineage of artists such as John
Chamberlain or even Marcel Duchamp, by using objects – old car parts, disused slot machines
and other jettisoned materials – Georgopoulos investigates the self-cannibalizing culture of
consumerism.

There Is No End surmises a continuing need for material sustenance, but at the same time an
unending universal expansion with the comical notion that one day time and space will cease to
exist, resulting in a beautiful nothingness – a stark contrast to the vertigo of contemporary
reality.

Georgopoulos is an artist who understands this contemporary reality well. A product of the
Baby Boomer generation, Georgopoulos drew inspiration from the windows of his family’s
retail business in New Hampshire. In these windows, Georgopoulos played with notions of
commerce and the power of aesthetic symbolism. The artist remembers being fascinated by the
large, highly produced window displays on New York’s Fifth Avenue and realizing that he
could bring that same degree of high-quality construction to his small New England town.
Georgopoulos’ desire for scale and meaning through his art continued to take shape when he
moved to Hollywood to create large, active sets for film, music videos and commercials. The
temporary nature of his work in the entertainment industry left him yearning for a sense of
permanence for his artistic practice.

Today his work has a permanent place in his studio. Moving on from his celebrated Guns of
Cinema series, Georgopoulos is exploring three-dimensional, site-specific, sculptural works that
deal with erotically charged, frenetic notions of needs versus wants and the confusion of
material desire – the idea that life would be better with a new television, a new car, a million
bucks, a gorgeous wife, seat warmers and the winning lottery number. In There Is No End,
Georgopoulos is not making a political statement – nor is he taking sides – he is simply
exploring ideas about infinity and the meaningfulness of being present.