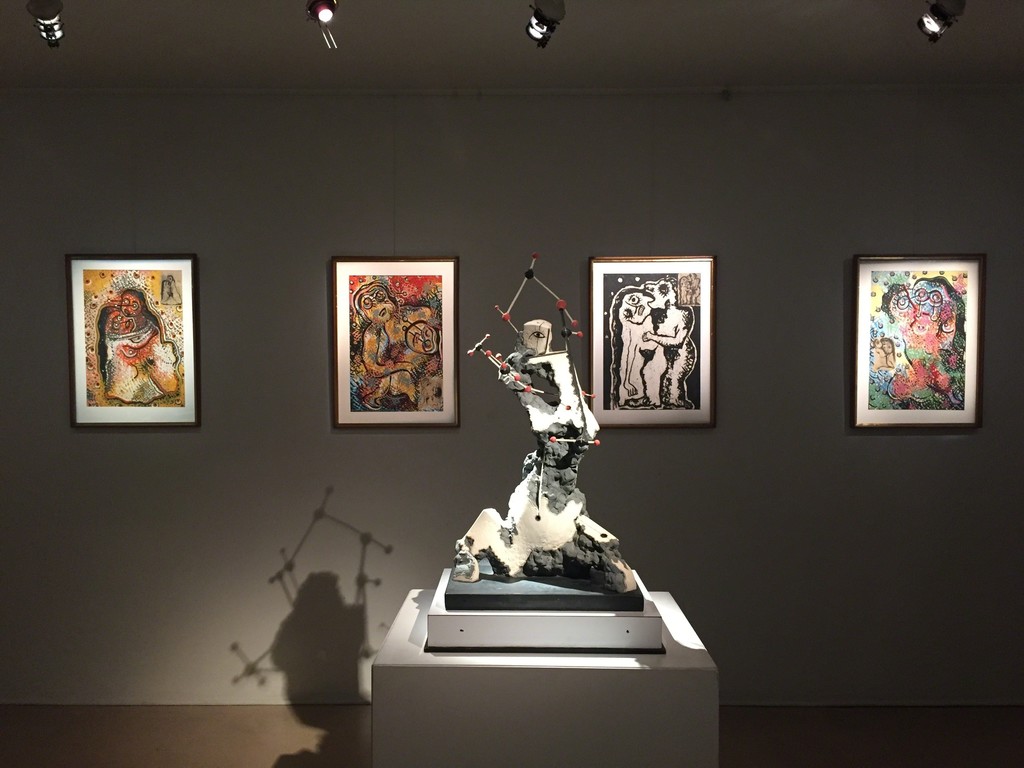 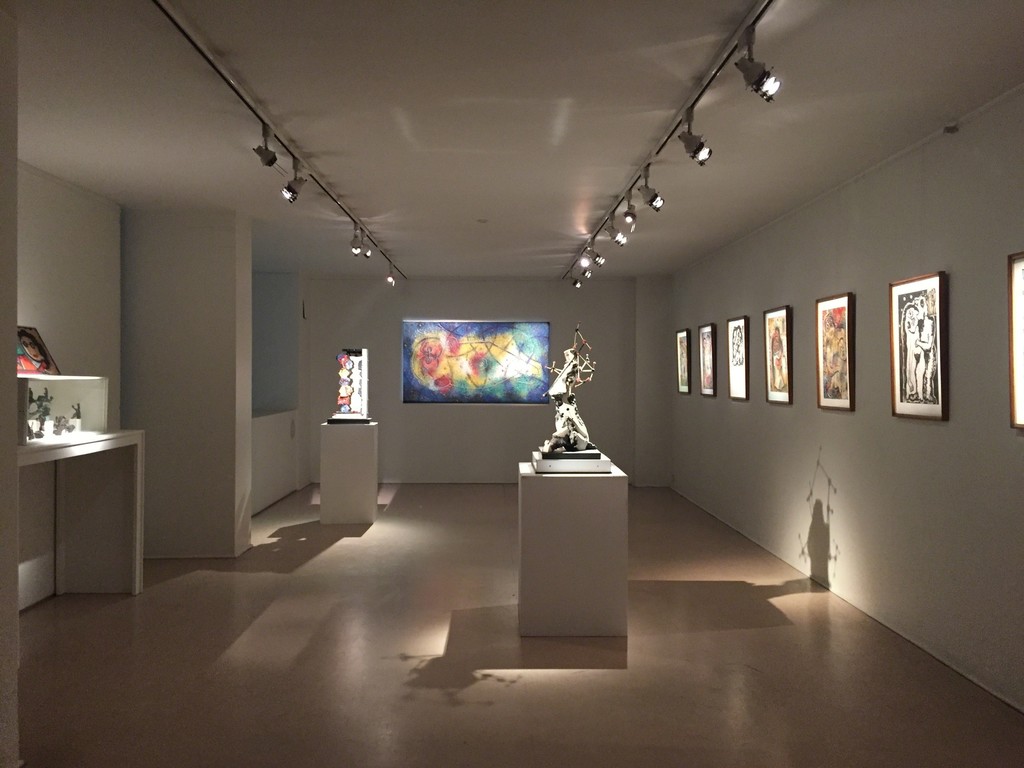 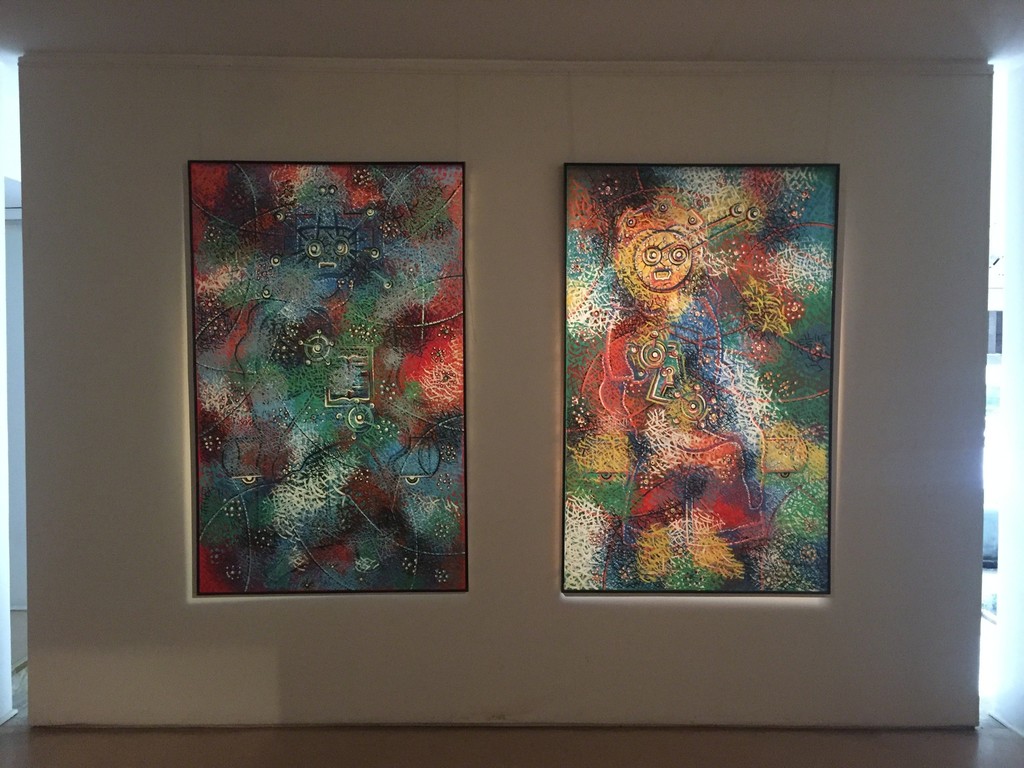 Libero Badíi (1916-2001) is one of the most emblematic Argentine artists of the 20th century. This exhibition shows his Nostalgia Series (1946-1993). Nine oil paintings made in 1993 from a selection of drawings realized in 1946, the year in which the artist traveled throughout the Altiplano (Andean Plateau). These paintings show the strong influence the pre-Columbian culture had on his work, present in the use of color and appearance of a feeling of the sinister. This latter concept will be introduced by Baíi in the 60s and will signify a change of course in his oeuvre.
Sinister art is used in opposition to classical art. The artist defines it as the art that tries to capture the irrepresentable, a concept that linked to the primitive and primordial. This leads Badíi to change the sculptural mass of his previous productions for polychrome wooden constructions.
The color, the point, and the line will be visual expressions of the sinister, a formal investigation that will reveal its entire splendor in his large sculptures of polychrome wood and oils of the 70s. As for painting, this will be the best media to express this sentiment of metaphysical tints: the representation of the ungraspable. These representations will appear reflected in the atmosphere of the paintings where color will become the protagonist. The curved and short brushstrokes of the paintings will juxtapose rhythmically and highlight zones of radiant color. Primary colors will vibrate and expand beyond the represented image.
"Deciphering the mystery of the universe is the utopia pursued by man", wrote Badíi in Nostalgia, a book of limited circulation he produced based on the series. Also on exhibition, other paintings and polychrome sculptures from the 70s; all of which show the rich repertoire and the unmistakable style that characterize Badíi´s sinister art.