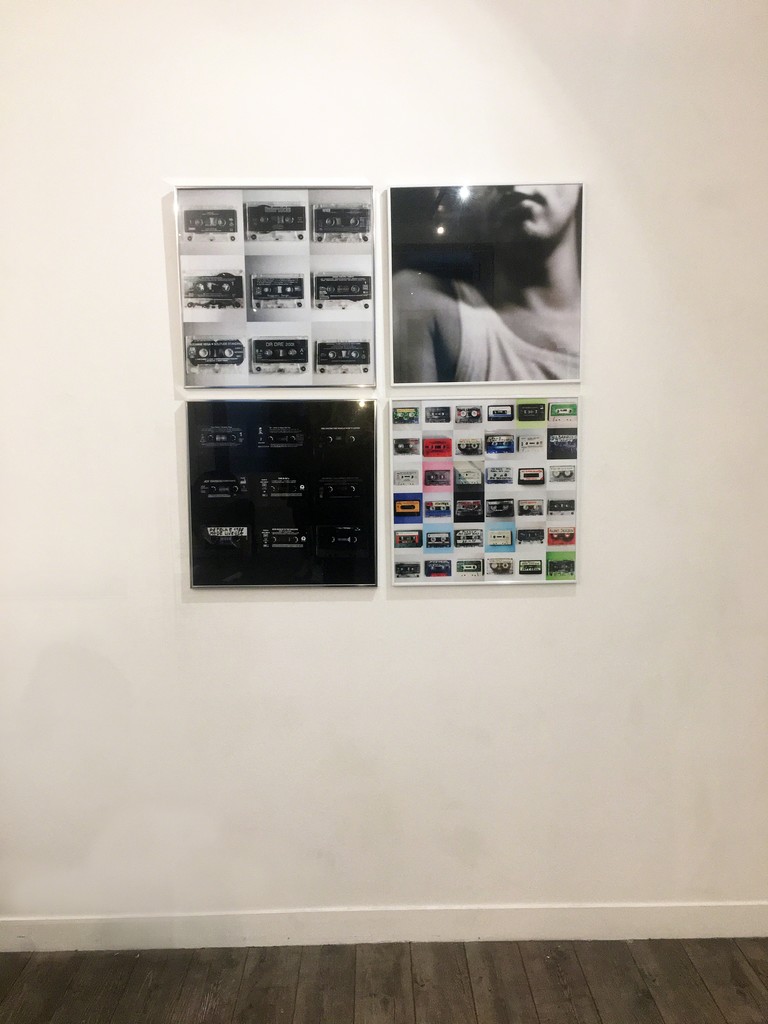 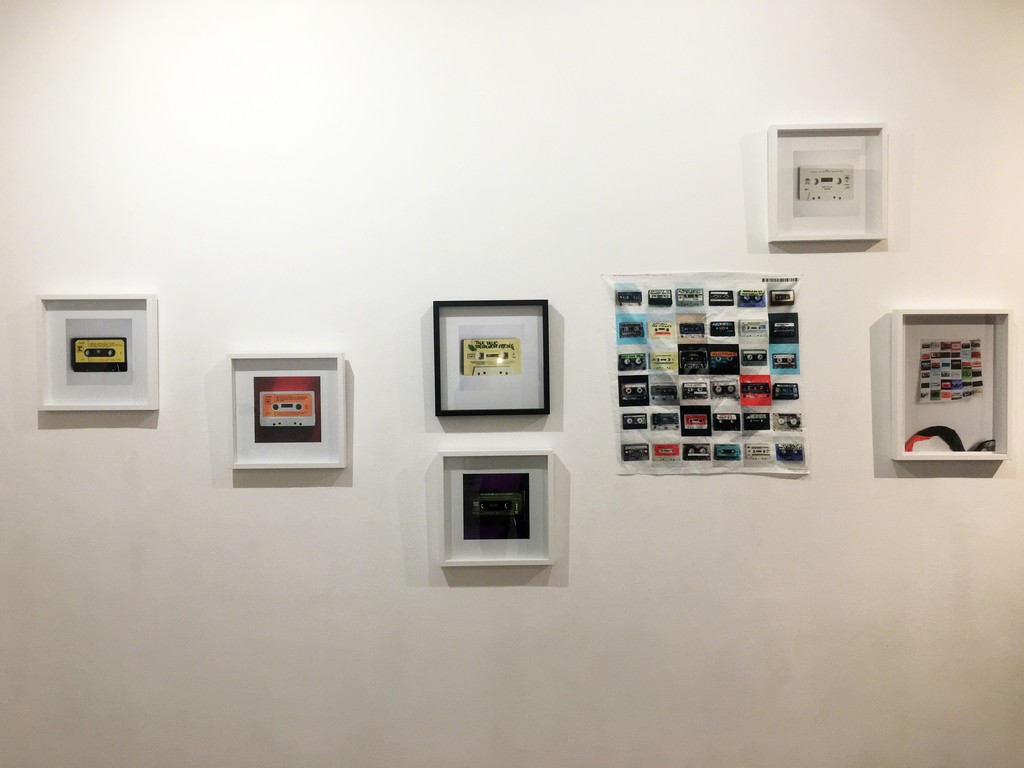 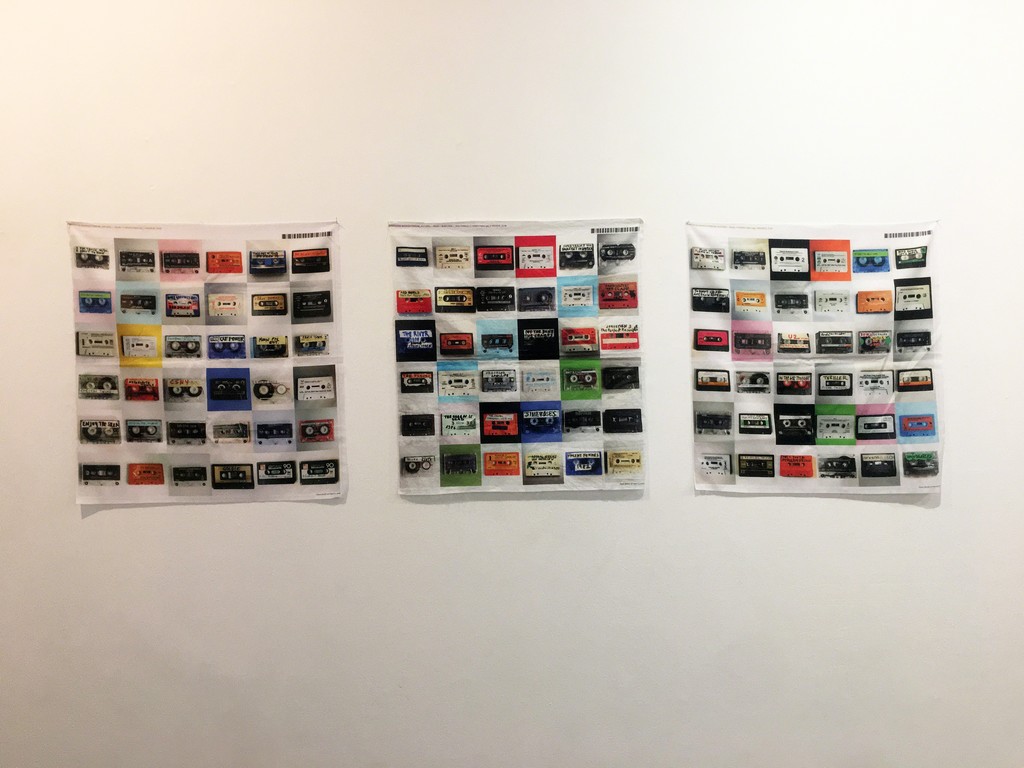 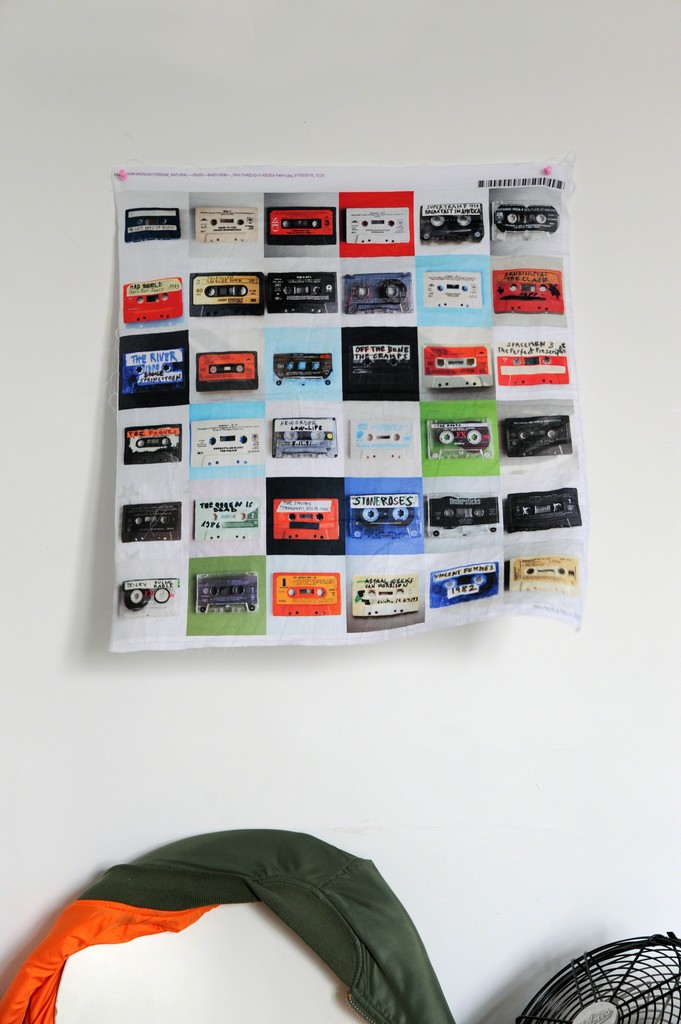 Giasco Bertoli’s photographs of cassettes tapes are the kinship charts of once-shared memories. A home-made cassette served as a religious-like token that connected people. These photographs link these once-shared associations, music’s name performers, grooves, and styles. They are now the grave markers of a short-lived tradition. The photographs are memory images; they need to be read for the performances they contain.

Small audio-cassette players and recorders were introduced in 1963. Players were made for cars in 1968. In 1979, the Sony Walkman came out, using ear phones. Compact audio cassettes came 30-, 45-, 60-, and 120-minute durations. These little objects, the shape of a credit card, the thickness of a tiny pack of cigarettes, were given as gifts, traded, copied, and recopied. Their very invention antiquated radio’s distracting ads and vinyl record’s necessary home listening and the limit of 22-minutes per side. Compact Cassettes made possible the home-made playlist.

Even longer-duration Compact Discs entered the market in 1982 — the mini-discs joined the competition in 1992, discontinued in 2013. Computer technology increased duration. I met a kid who had a 30,000 item playlist—1500 hours or nine weeks of steady listening, enough for deep-space flight or a steady-stream loop. The madness of such duration might be why the humanist vinyl record album has returned, which are softer in atmosphere and timed for listening rather than as sonic décor or to dance to the relentless 120 BPMs one hears today.

Between 1970 and 2000, home recorded and the pre-recorded Compact Cassettes turned pedestrians, drivers, and travelers into soundscape submariners. Giasco Bertoli—a DJ to his friends—made many playlists: ballads, rock, the ’90s, the 2000s, the songs and albums he and his cohorts played. I have them in my car; they are my most repeatedly listenable and asked for playlists.

Giasco Bertoli’s photography—his portraits and fashion shoots, but especially his series of Tennis Courts, empty or abandoned—enshrine the architecture of formalized experience. The cassette photographs memorialize a technology that evolved into a means to share recorded music. Cassettes were the portable icons of this musical kinships. His photographs retrace a former practice.