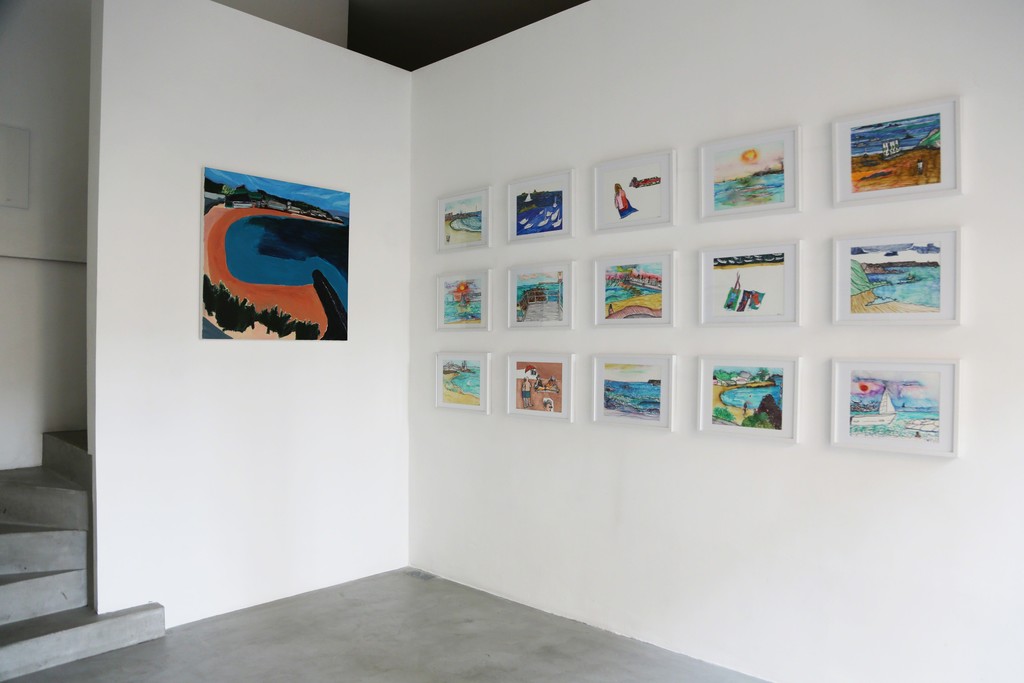 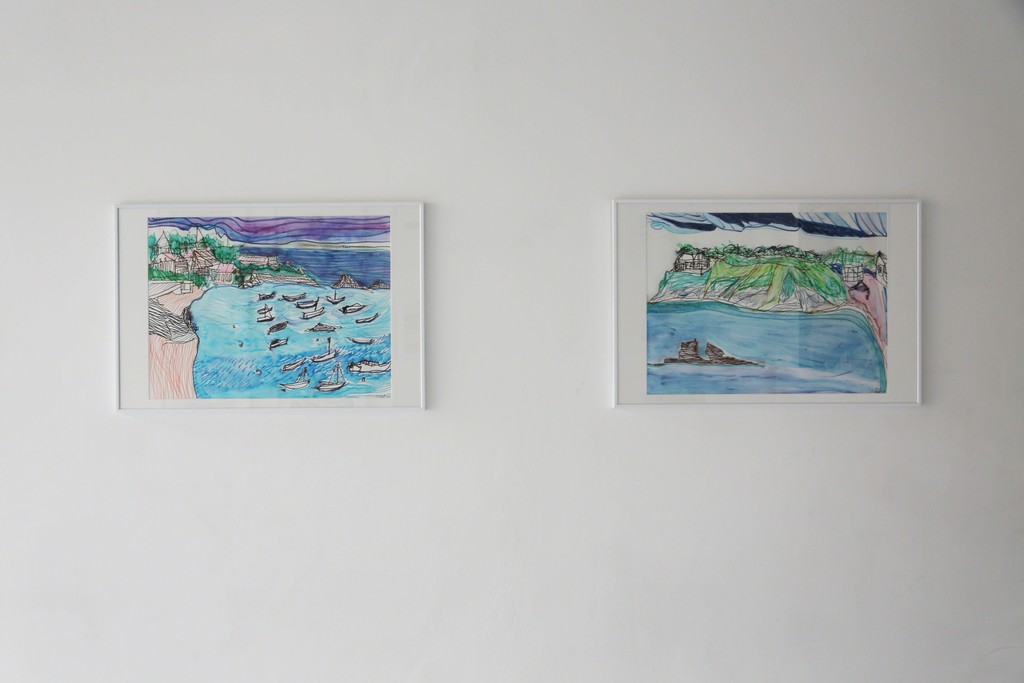 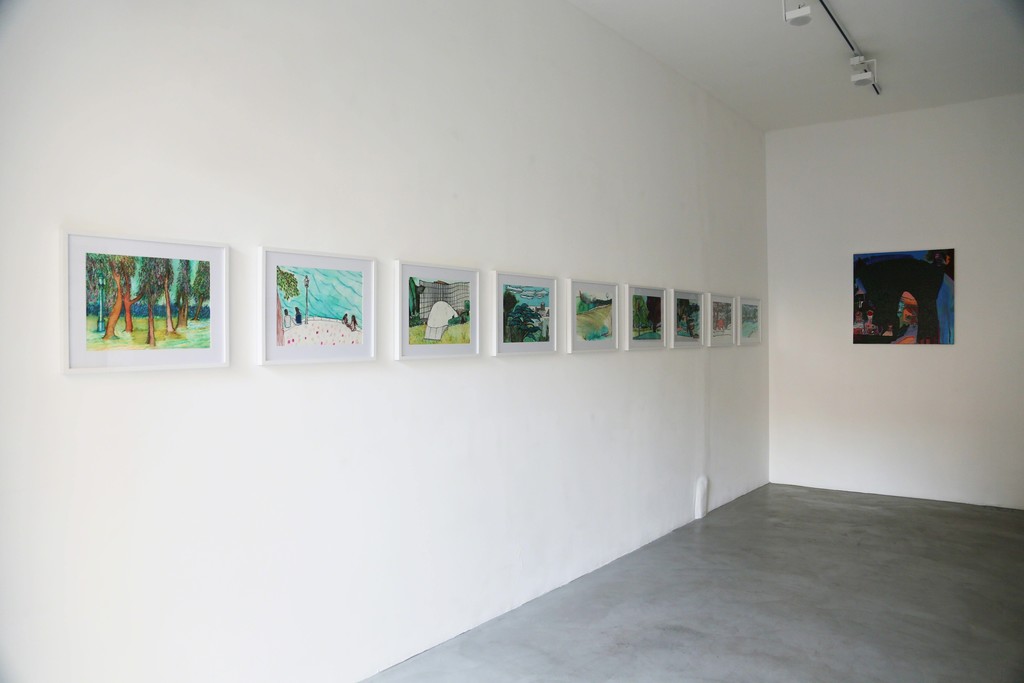 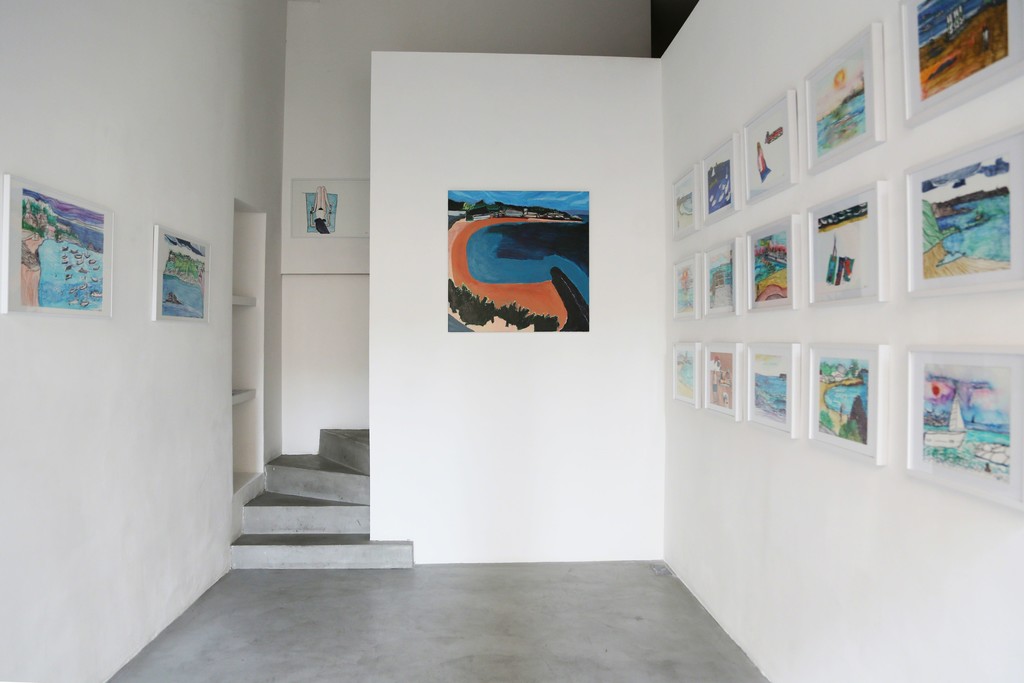 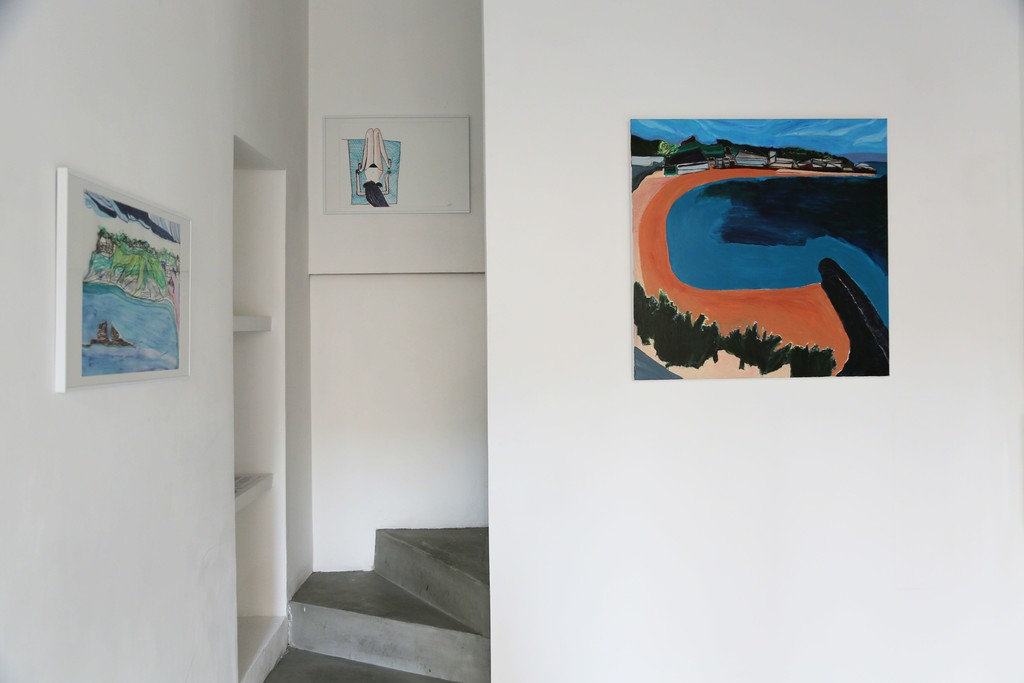 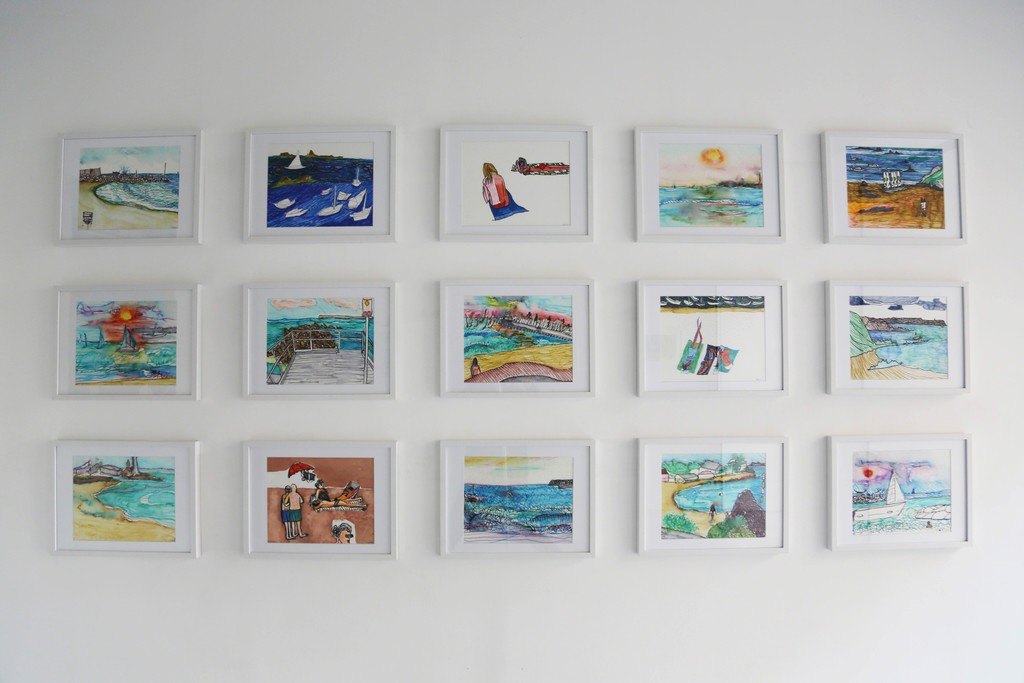 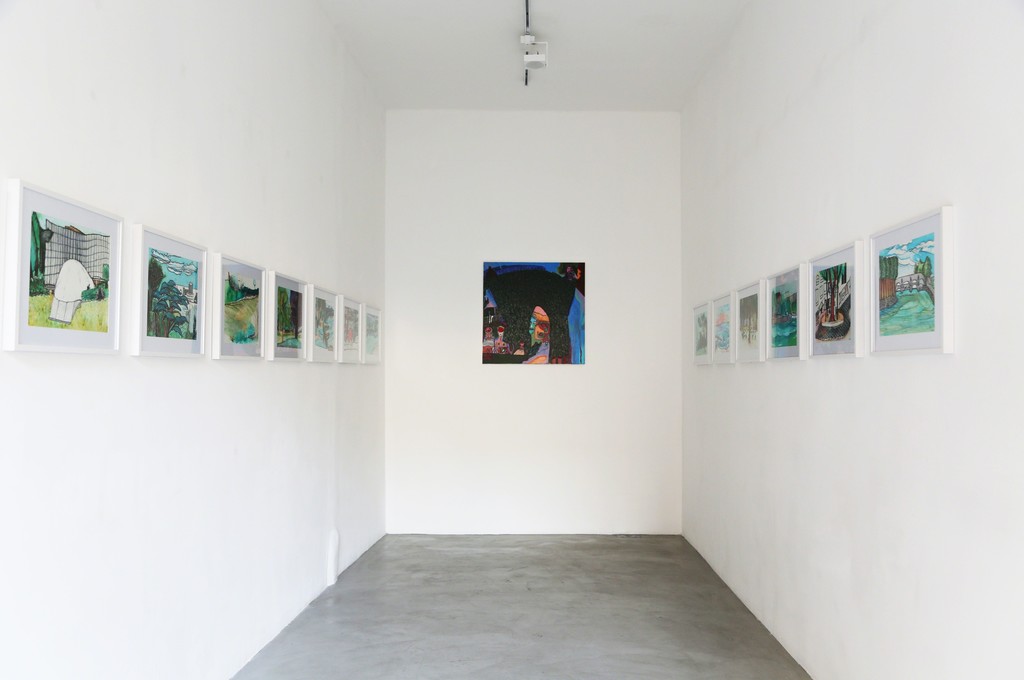 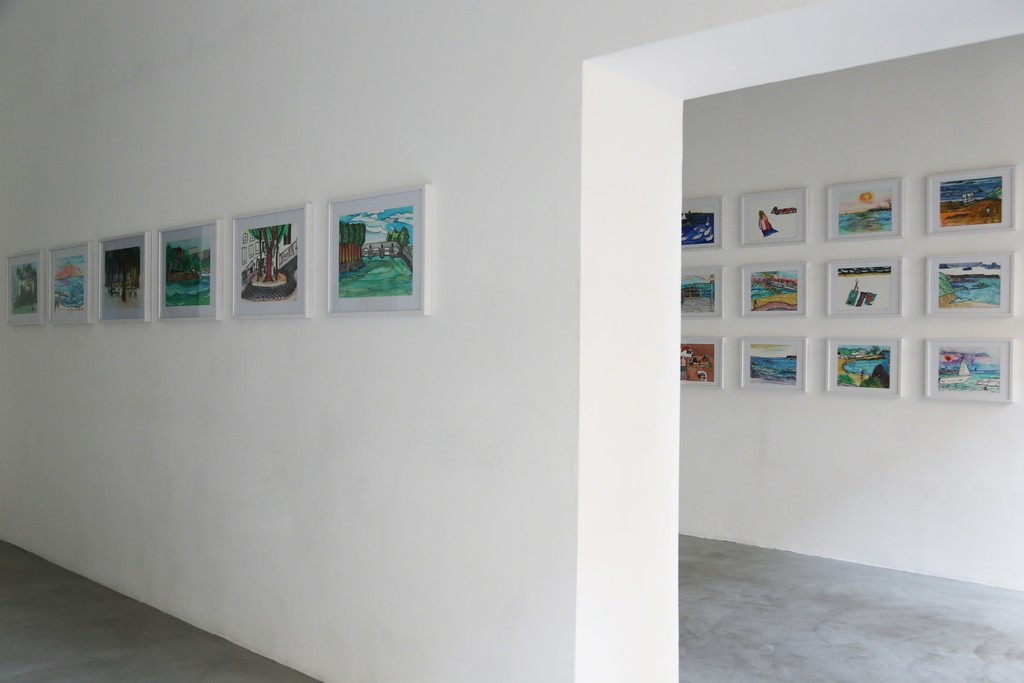 David West, American artist based in Paris, has long portrayed underground clubs and rehearsal studios to draw musicians of the avant- garde and their nocturnal way of life. In his new exhibition OUTSIDE ERRORS, he takes the opposing view to this production, and leaves the darkness of the concert rooms to embrace the solar brightness of Parisian parcs and Australian beaches. The human figures become simply anecdotal ; they give way to the celebration of the natural world, interpreted in a highly subjective manner.
This unexpected turning point in the artist’s work results from an accidental discovery of a new tool particularly adapted to the moment. In 2014, while he’s spending time on the Breton coast, David West only has his son’s markers to utilise and realizes that they are water soluble. From there, he gradually improves both the pens and the paper until the media he’s working with matches the level of what he’s looking at.
The title of the show, OUTSIDE ERRORS, is a direct reference to this almost empirical research, to this will of testing and learning, to reach a satisfying result. In this way, through this selection of 33 drawings and 2 paintings, all made very recently, the spectator follows the artist’s progress in this intimate quest.
The gestures get more precise and more virtuistic as the technique is perfected. The subject becomes more complex as well; from the marine scenes of the beginning, we progressively move to more Parisian views, where architectures, modern or Haussmannian stand out from the dense foliages and urban skies.
The common thread remains the same : water - from the Quais de Seine to the pool of the Parc Monceau, passing by Tel Aviv’s HaYarkon River or the Melbourne Bay, water is omnipresent in West’s scope as it’s a symbol of calm and neutrality for him.
Thus, West turns off his objective mind to deliver an eminently personal vision of nature, and avoids the pitfall of turning into a vapid postcard or a kitsch representation. Color and detail are valued, reinterpreted and corrected to reach a modified but « better reality ».
The artist is turning the world into a laboratory through his eyes and hands. He’s allowing himself to become his own filter and accepting that his mistakes can often make the piece.