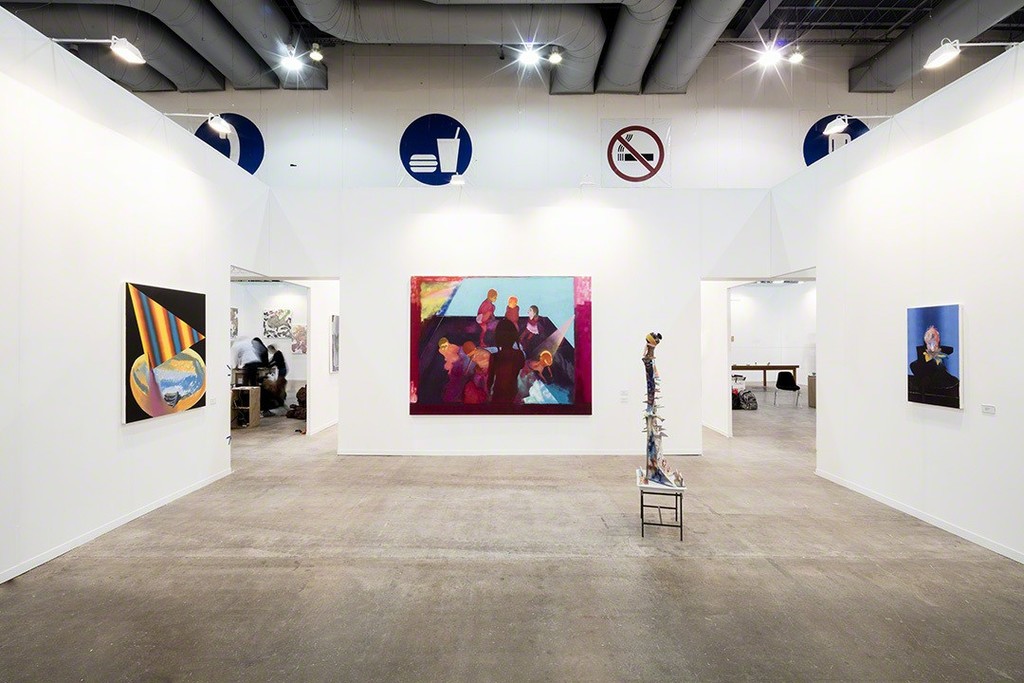 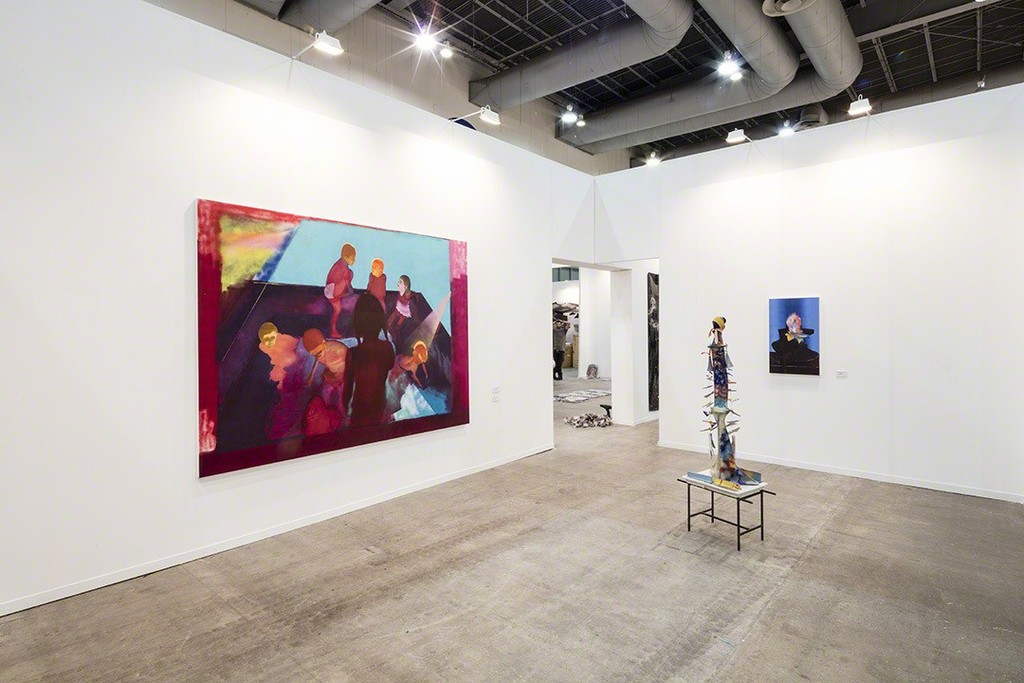 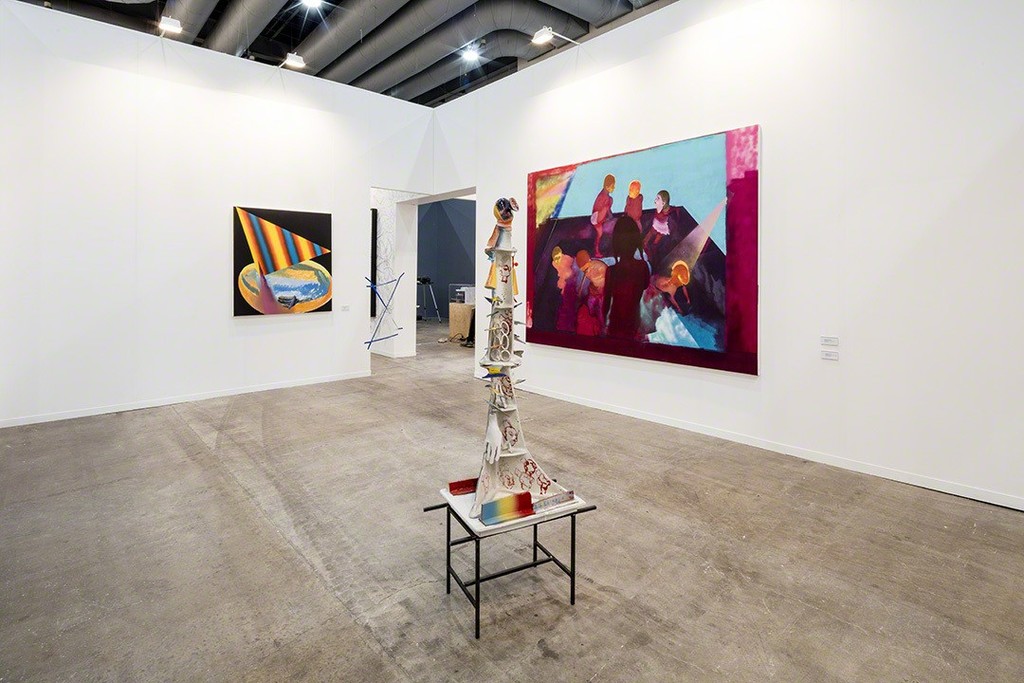 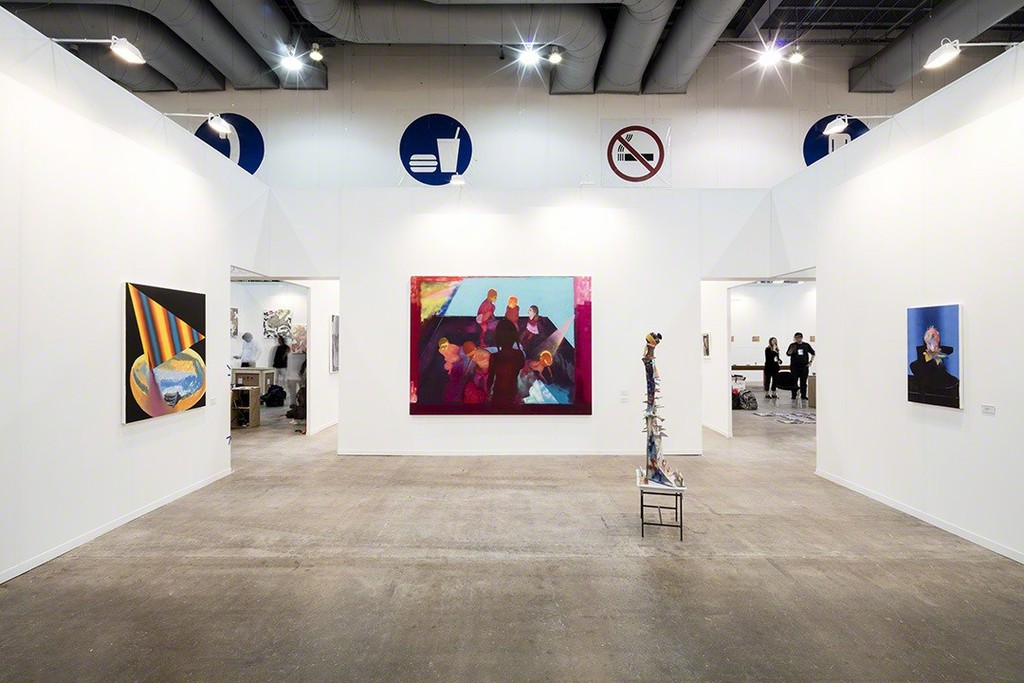 "I don’t see a time which is clean, pristine. The bad and the good walk together.” - Alessandro Pessoli

The works in Alessandro Pessoli’s project “Good Times, Bad Times” share associations to water and fluidity and touch on different interests and aspects of the artist’s research, self portraiture, the human condition, engagement with the classical, and investigation of painting as a medium.

“Good Times, Bad Times,” a large painting of children in a swimming pool at night in moody dark tones, is classical in structure and includes allusions to christening, halos and a light ray coming from above. Pessoli says, “...like figures in a theatrical stage, It suggests the scene of a play, actors on a stage, an environment made of lights and shadows...time is suspended, present and past blend.” Pessoli’s knowledge and ongoing interest in the classical and linking it to the contemporary is a key element in his project. Attracted by “the force of these subjects,” Pessoli has dealt with strong precedents such as the Crucifiction and the Flight into Egypt in the past and says that in living and working in Los Angeles, "a painting with a swimming pool is "almost the same as touching on classical painting.”

The playful still life, "Fish ‘n’ Chips,” “built like a card castle, light and unstable, ...was made with acts of additions and superimpositions” and "Cut up self-portrait,”s specific origin is James Ensor’s painting, "The Skate" which morphed into a self-portrait where elements of the artist’s face are out of scale, too large or too small, held together by a bow and origins of the ray fish in the early painting cast a shadow, at the bottom of the self-portait.
Central to the “Good Times, Bad Times” project is "The Fisherman.” Pessoli is highly regarded for his glazed ceramic sculptures and “The Fisherman" is a wonderful example of his energetic, expressionistic skill. The colorful yet melancholic figure is odd in its shapes and recalls a toy with too long hanging arms assembled from the artist’s made decorative elements. Pessoli has said the sculpture is like the figure “fished randomly for the elements it is made of, in its net of different materials, realistic details and abstractions.”