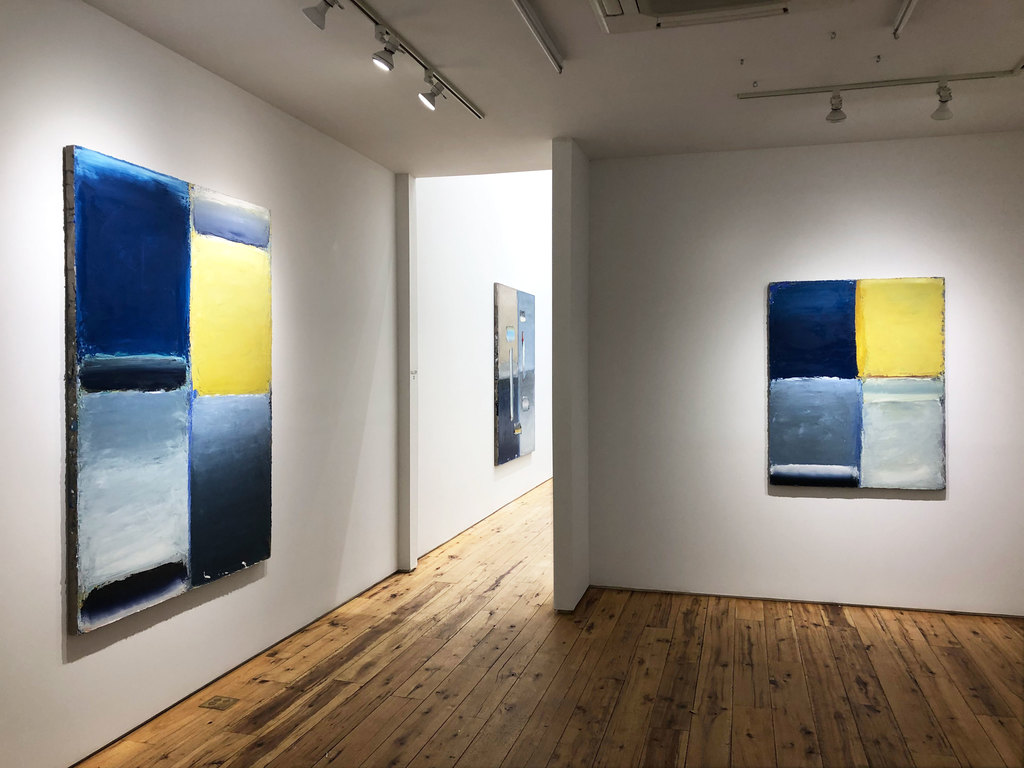 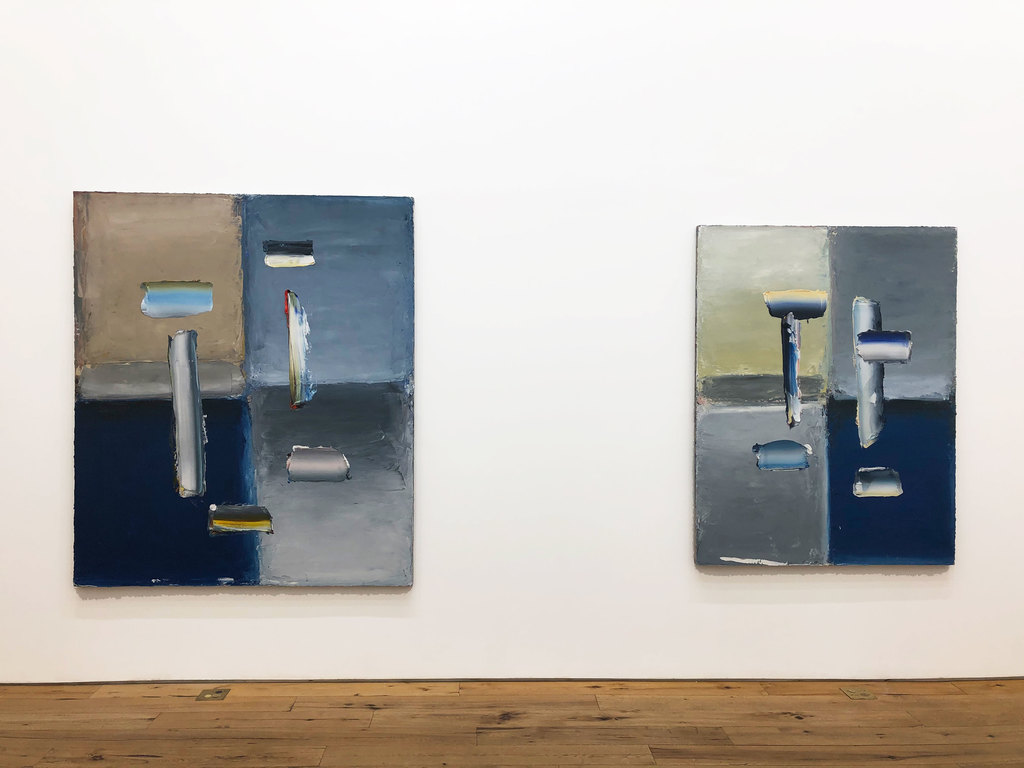 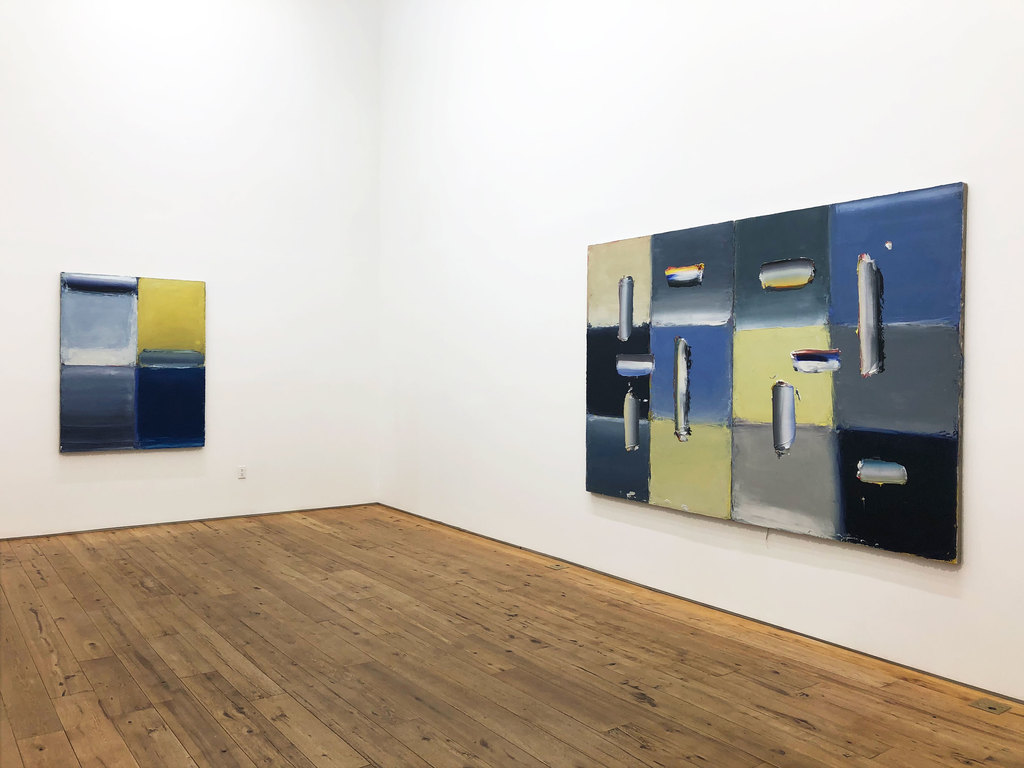 MARC STRAUS is proud to exhibit new paintings by Anna Leonhardt (b. 1981, Germany) in her third solo show with the gallery. Leonhardt's paintings are worlds within themselves and each one unveils a facet of her life. Even if seemingly concealed, these paintings are illustrations of her internal understanding of the world around her comes through her tireless work.

Broader dispositions are captured in the numerous painted layers that comprise the backgrounds, which accumulate over time. Layers of colors are combined and built up, scraped on, mixed, concealed, exposed again. Leonhardt applies a dozen or more layers on each piece, that completely sprawl over the canvas. She pours her whole self into each painting. Over time elements, at times discordant, combine to finalize her composition. Sometimes the work reflects a frame of mind that is calm and balanced. The monochrome color gradients take the viewer in search of a horizon line or for a potential landscape that never fully reveals itself. In the end, her works, or passages within them, reflect an emotional state that is agitated and partial. She increasingly and more definitively divides the background into cells.
There are echoes of Miró, and Scully’s
segmentations with frayed borders.

Leonhardt’s canvases begin to vibrate restlessly, these patches humming within their designated compositional placement. Leonhardt has become increasingly more engages with philosophy on aspects of light in artworks. She is in pursuit of the impossible task of capturing light and air in heavy, dense oil paints. In a sense they become beautiful failures, but ultimately new and vibrant and autobiographical.

She places more quickly executed horizontal and vertical elements in the foreground. Complex, thickly textured bands of color. Almost sculptural forms that on the one hand stand out from the ground and on the other hand are so strongly interwoven with it that the existence of separate foreground and background have to be questioned. A calm restlessness on the canvas ensues. They could be alternately read as personages, or perhaps calligraphy – a text in an unknowable language, or neither.
Leonhardt’s paintings are powerful and emotive while they depict states of silence, movement, color and form. They are a lifeline and as such, they breathe in; they breathe out.