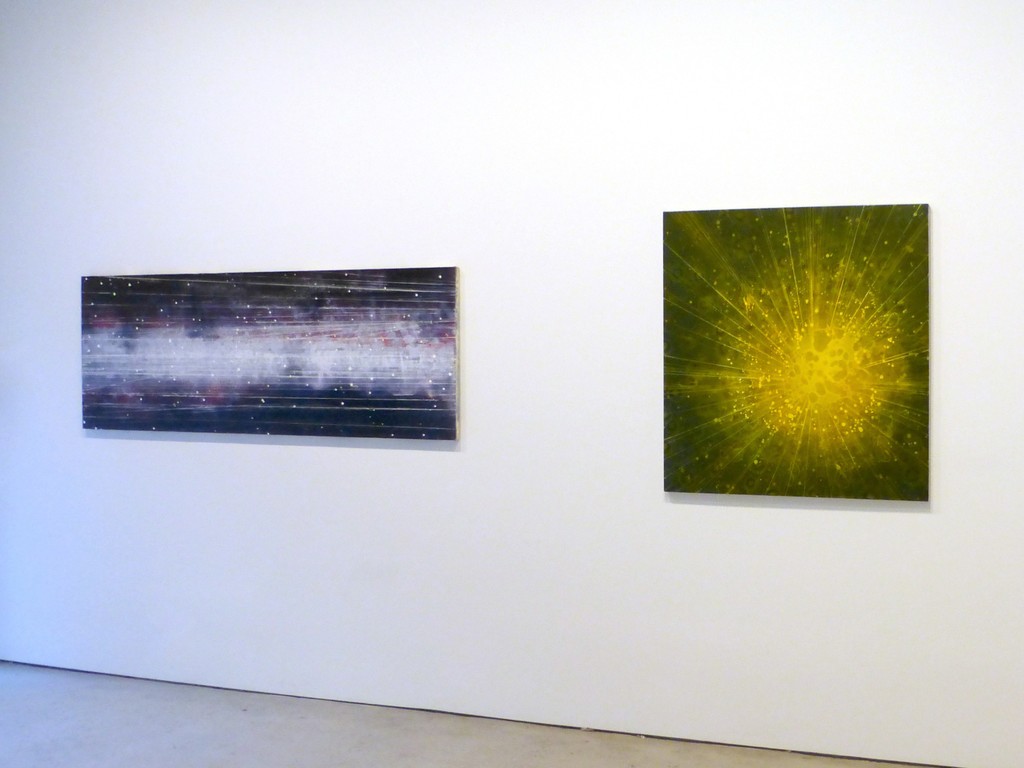 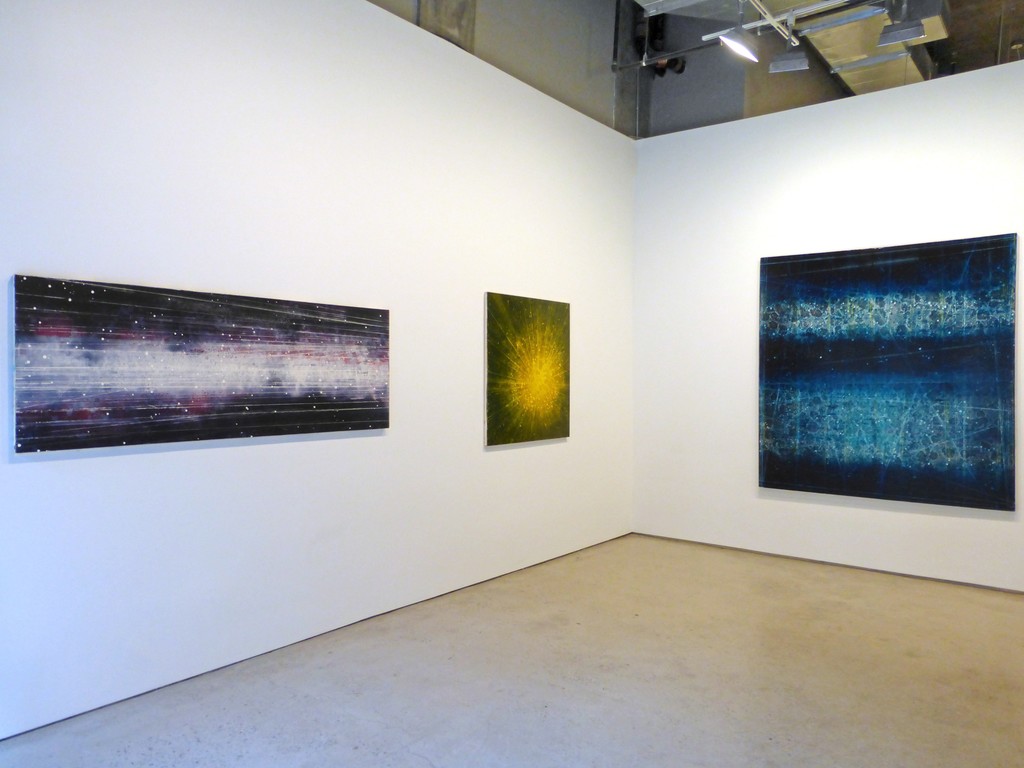 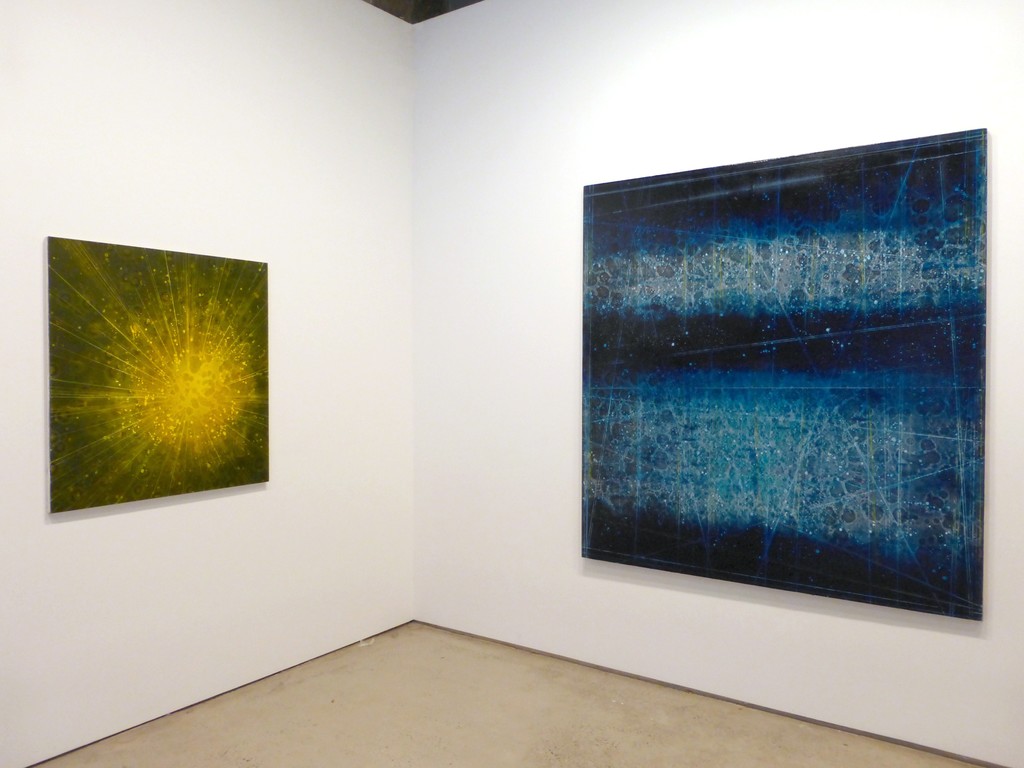 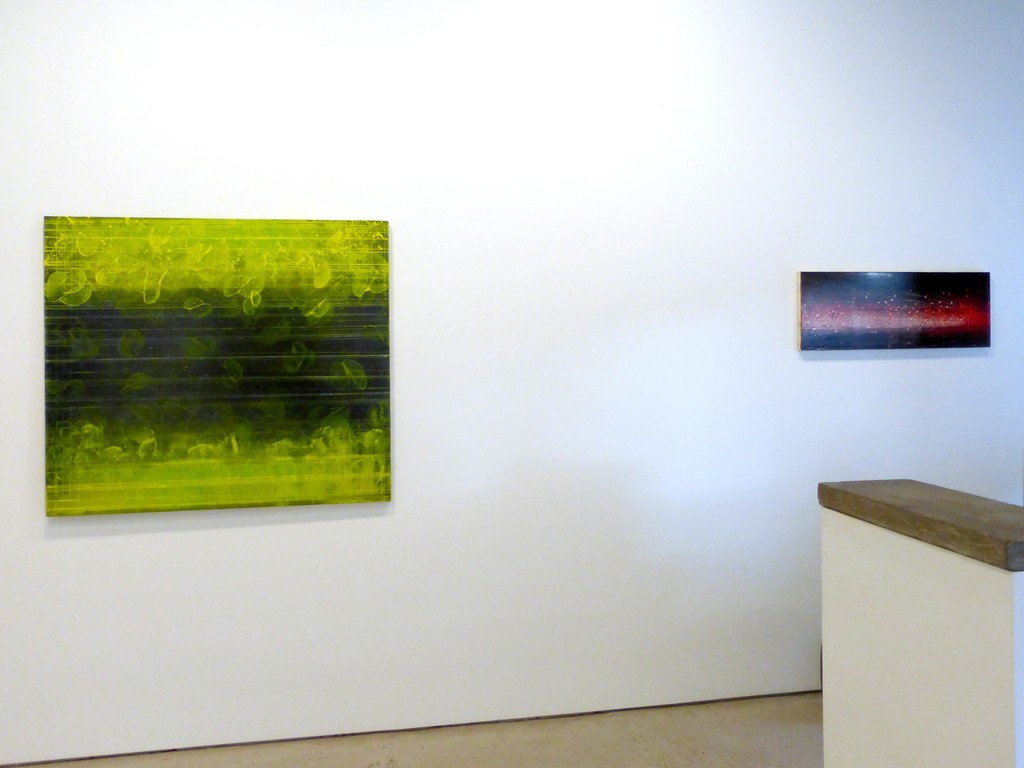 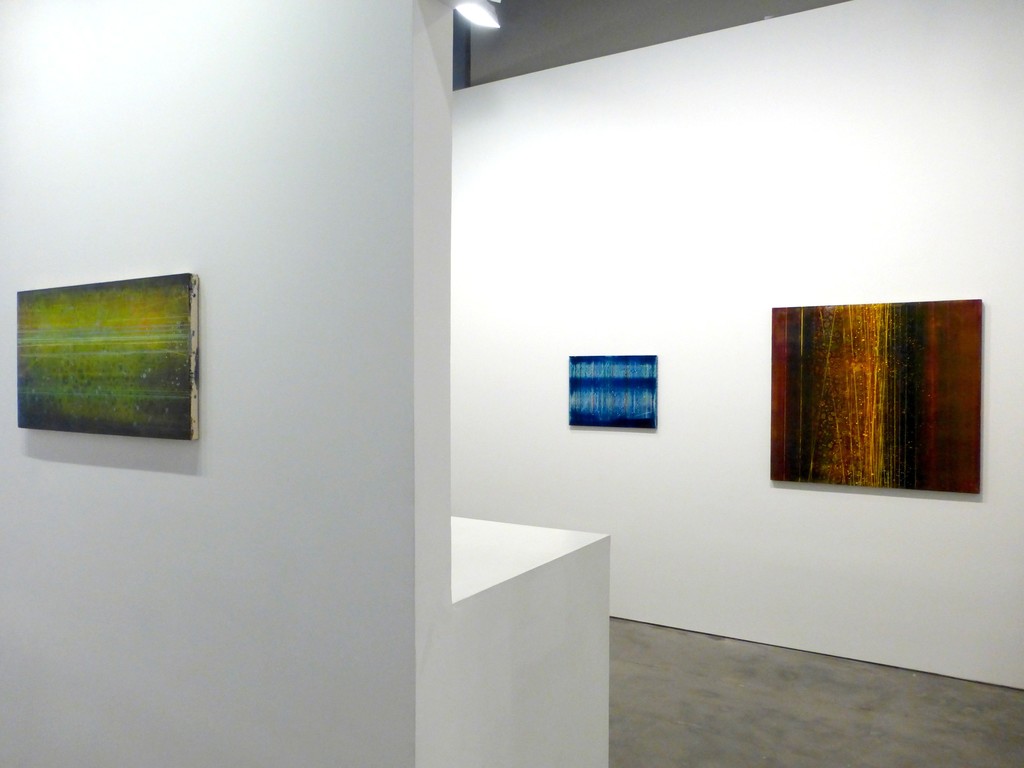 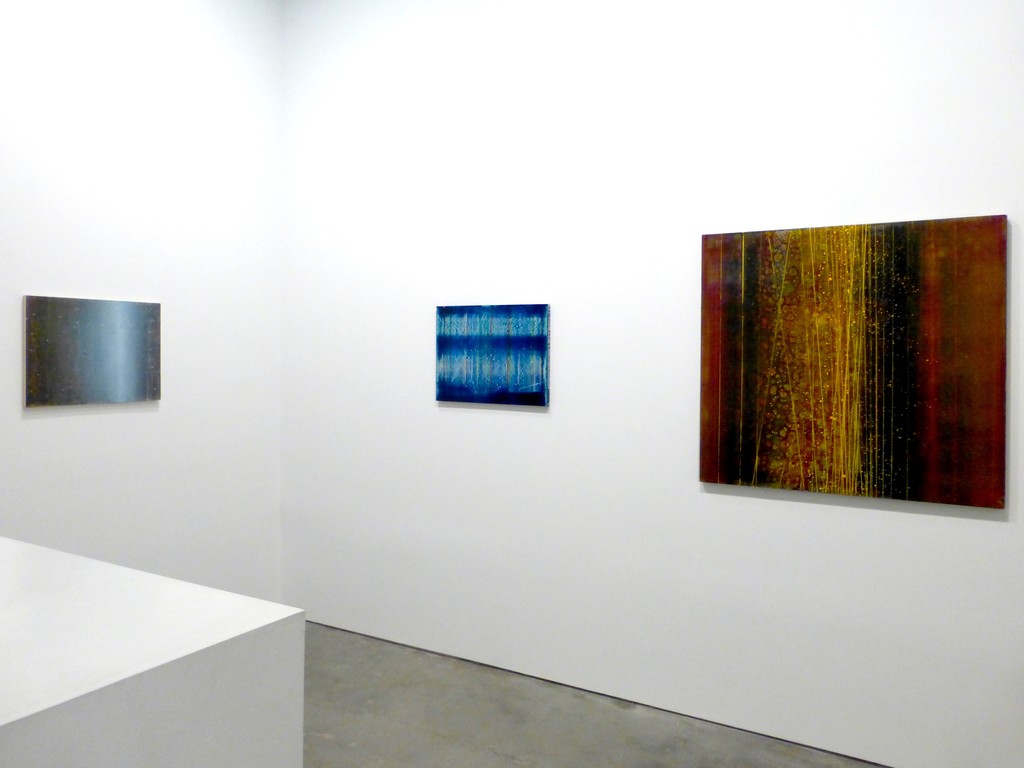 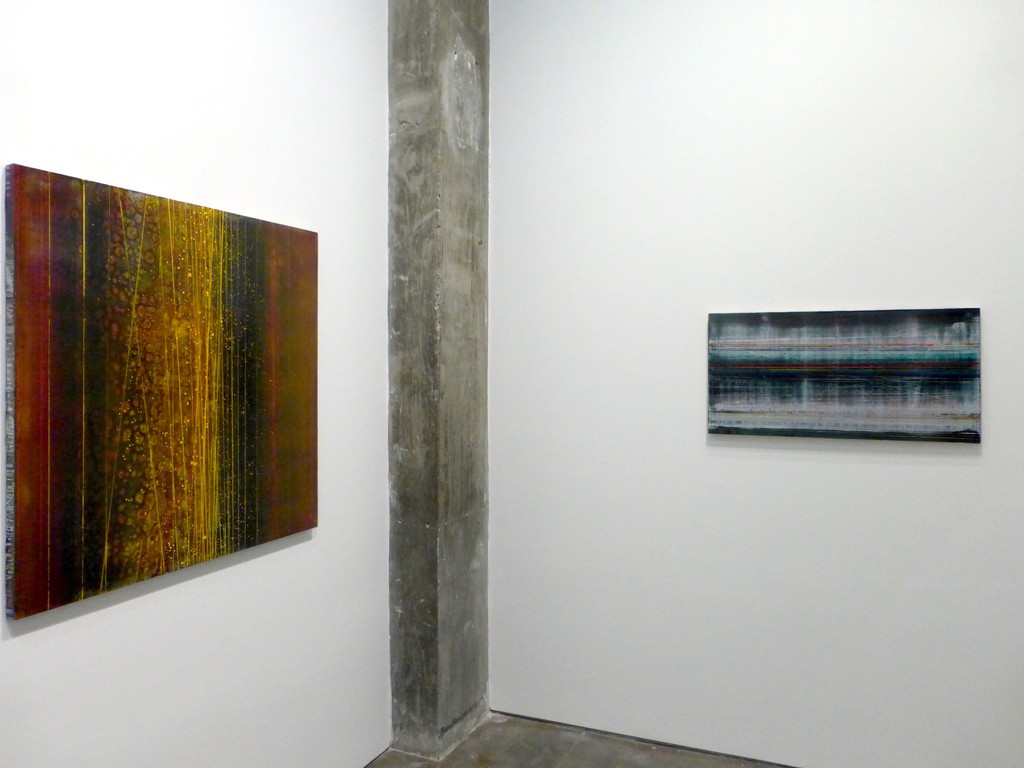 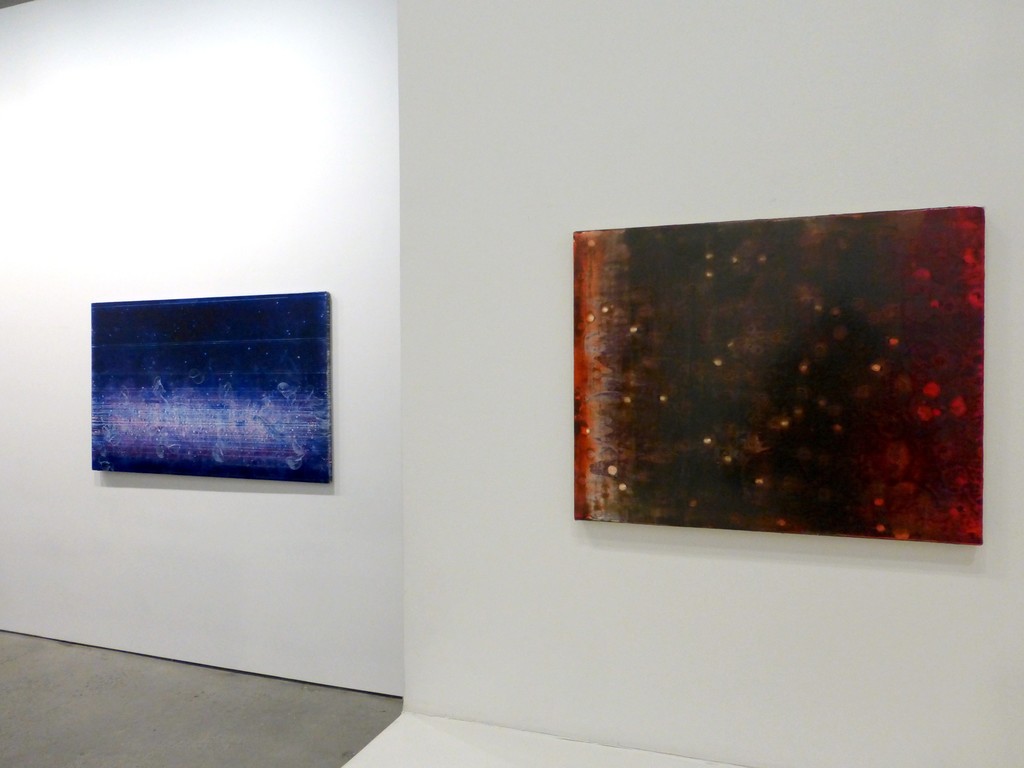 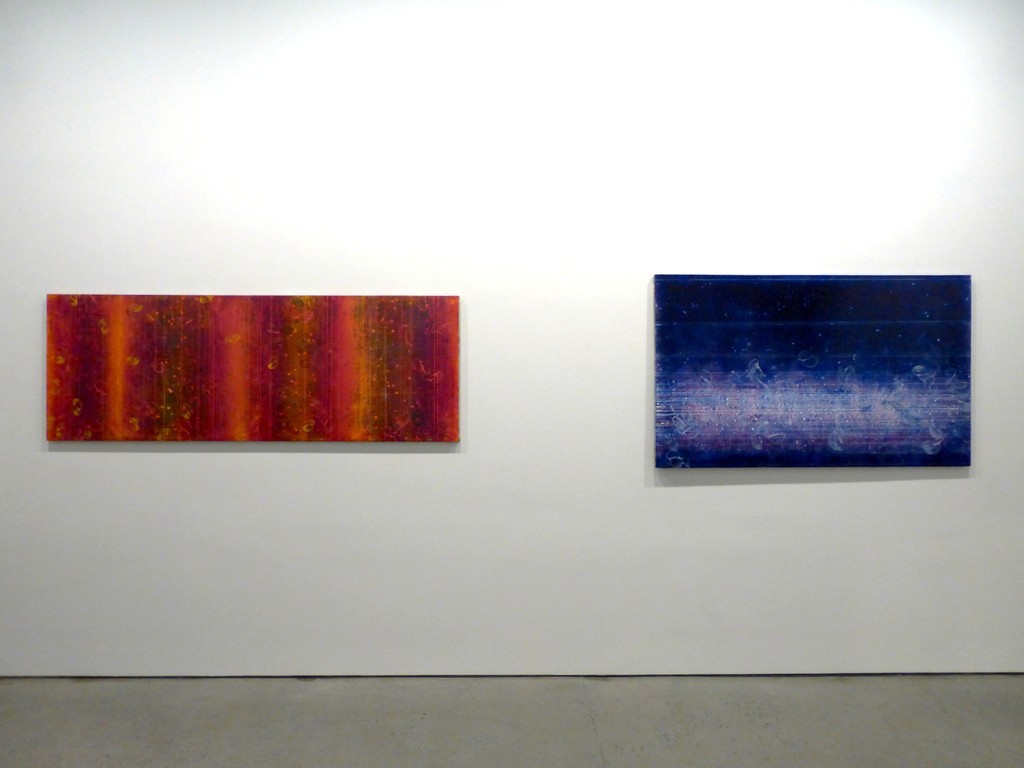 Margaret Thatcher Projects is pleased to present Sympathetic Strings, an exhibition of paintings by David Mann. In his debut solo show at the gallery, Mann explores a series of paradoxes through a unique blend and treatment of mediums.

For Mann, the relationship between the viewer and his paintings is one of intimacy and immensity. At first, the eye is drawn in to a distinctive source of inner light, where layers of acrylic, oil and translucent glazes are prudently positioned to achieve incandescence. Expanding outwards, the surface amplifies. Subtle gradients of color develop throughout the surface, punctuated with taut lines that stretch vertically or horizontally. Manipulated by the use of mineral spirits, a solvent that reacts with the layers to form bubbles, the works incorporate a dimension that is unrestrained. The dialogue formed between the mediums establishes the artist’s restraint and ability to relinquish control during creation.

Mann’s work captures a precise yet ambiguous moment. He says, “Something is just coming into being, or on the contrary, having its moment of existence eclipsed; something is simultaneously verging on the cusp of decay and part of a moment of becoming.”

David Mann is an American artist living and working in Brooklyn, New York. His paintings have been exhibited throughout the United States and Canada, including recent solo museum exhibitions at the Flaten Art Museum, Northfield, MN, and the National Academy of Sciences, Washington, DC. In 2000, the artist was awarded a Pollock Krasner Foundation Award. His paintings are in several public and corporate collections including The Albright- Knox Gallery, Buffalo, NY, The Brooklyn Museum, Brooklyn, NY, and The Eli and Edyth Broad Museum at Michigan State University, East Lansing, MI. Reviews of Mann’s work have been published in The New York Times, Art in America, TimeOut NY and The Brooklyn Rail, among others.