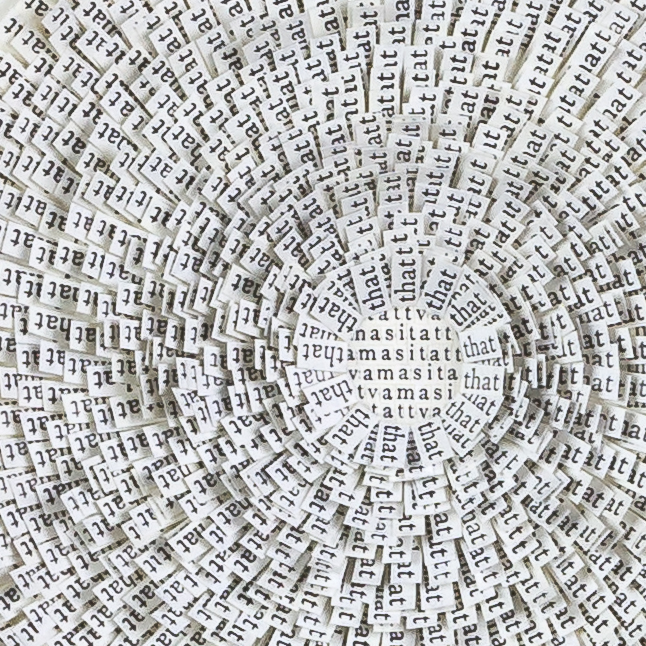 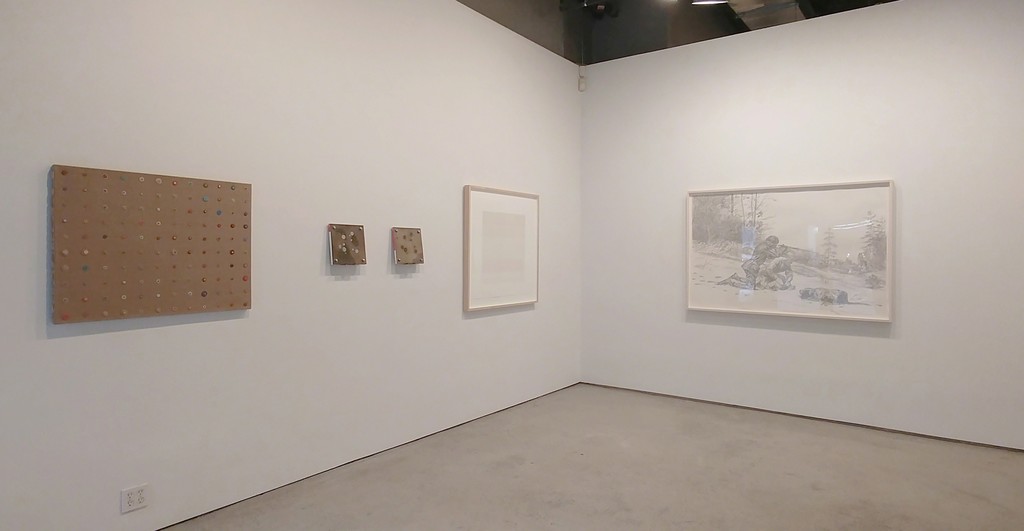 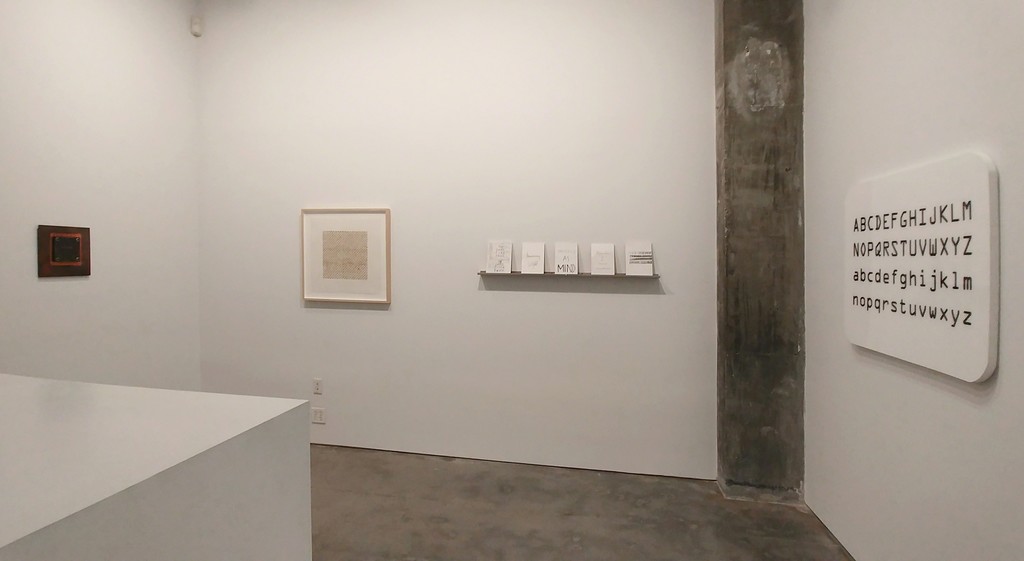 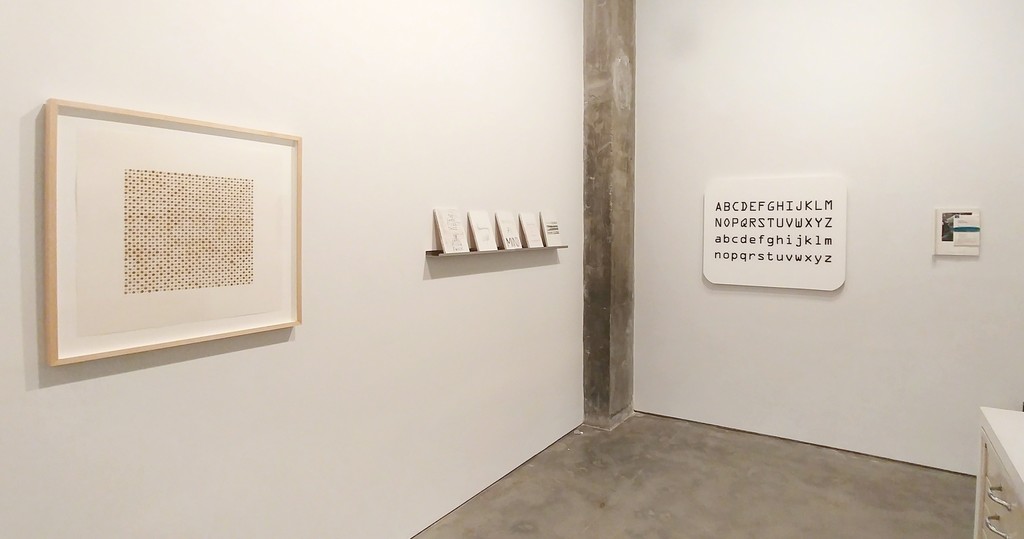 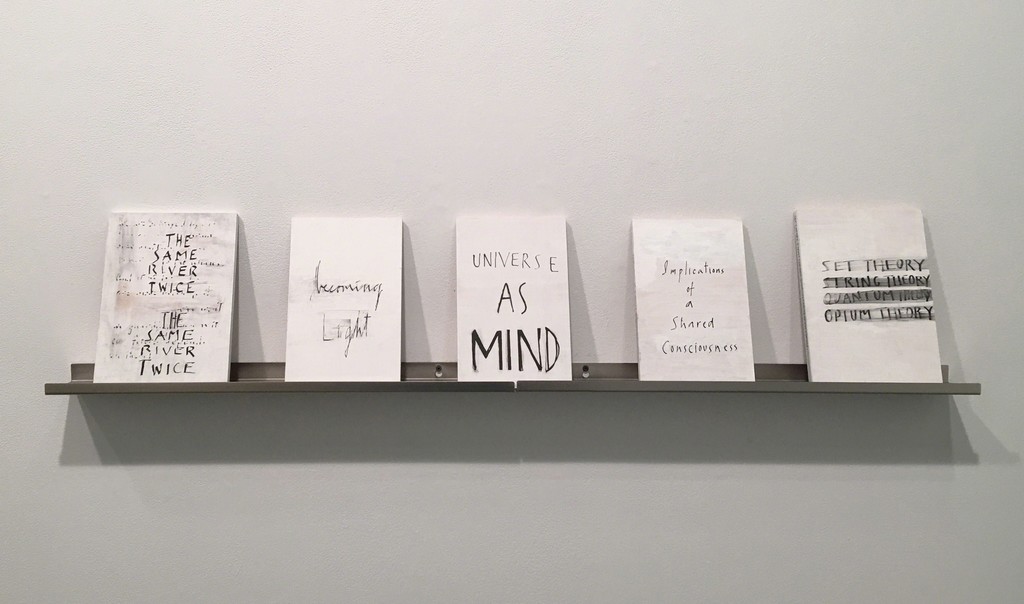 Margaret Thatcher Projects is pleased to present, text me, a group exhibition bridging eight contemporary artists, Laurie Frick, Ruth Greene, Meg Hitchcock, Jenny Holzer, Maria Park, Richard Thatcher, Michael Waugh, and Daniel Weiner in which language is the central form of visual representation. By using text as the principal communication vehicle in the artistic expression of their work, each artist’s objects skillfully reflect the understanding that language, when abstracted from its normal setting, is a powerful tool with the capacity to offer viewers the freedom of perception and perspective.

Data artist, Laurie Frick envisions a time when personal data is a peek into our unique identity and just possibly a glimpse into our future. Daily Stress Inventory #1 is a play on recent studies that show how simple daily stress has a long-term effect on future chronic health problems. What if you could imagine a little sliding scale as you watch all those irritating little stress events that poke at you on a daily basis. When the subway is late, or commuter traffic is ridiculous because it's raining, or someone had the nerve to write a snarky comment on your post. Does it bother you a little bit, not at all or a lot? Each dot is a day, and you might encounter one or maybe a handful of small stress in your daily inventory, color coded and sized by the amount of stress it caused. The constant data collection on our lives, from iPhone usage to subway card swipes, transforms into portraiture through Frick‘s text and data based art.
Ruth Greene’s “books” are an ongoing conceptual series that are seductively painted on approximately 9 x 6 x ½ inch plywood. The “cover” and “spine” are sealed with white gesso. Original titles are inscribed with pen or twig and permanent ink. Although there is a strong aesthetic component, ultimately the “books” are about the subject matters Greene is primarily interested in; philosophy, mathematics and humor, metaphysics, set theory and culture, as well as abstractions in physics. The seemingly fading gestures of the written text leave an open-ended dialogue with the viewer and the materials presented.

Meg Hitchcock, inspired by the loaded nature of spiritual texts, and her own lifelong relationship with spirituality, cuts her material from sacred texts such as the Bible, the Torah or the Bhagavad Gita. In 2015, Hitchcock made a pilgrimage to Mt. Kailash, a holy mountain in western Tibet. The works in this exhibition are a selection from her series 10,000 Mantras, an exploration of the myriad ways in which humanity searches for meaning and truth while making a commentary on self-abnegation and the desire for transcendence, questioning the very nature of transcendence itself.

Emerging in the 1980s, Jenny Holzer is known for her projections, which took advantage of what was new technology at the time. Her 1982 work in New York’s Times Square used LED to broadcast her messages to a wide audience. Recurring themes in her work are tribulations of modern life, as well as issues of religion and gender. Using direct language, and often juxtaposing shocking phrases, she forces the public to confront societal issues.

Maria Park is known for her stenciled reverse painting practice. Imprint 1 displays both capital and lowercase alphabet using the OCR-A font, which arose in the early days of computer optical character recognition when there was a need for a font that could be recognized by both computers and humans. Each letter is reverse painted in different shades of black mimicking the matter of factness of an alphabet chart. This, combined with the shift in scale, plays on the recognizability of the font whose usage remains widespread in the encoding of checks, another technology destined for obsolescence.

With an industrial edge, Richard Thatcher’s draws inspiration from everyday observation and objects designed for functionality. Often you are not certain if the item he has installed on the wall is a work of art or perhaps an electrical panel or security device. The artist employs metals, hand finished to create seductive surfaces that often hold or obscure hidden materials and agendas behind polished plates or in beautiful boxes. The Best of . . . series included in this exhibition, Thatcher plays with the position of Artforum Magazine as an appealing container of slick advertisements and pronouncements of the very best of the year’s art production. The magazine is screwed down and sealed away in a handsome industrial package, rendering the text unreadable. Thatcher offers up in place of the magazine as an announcer of the flavor of the moment, an art vessel of language as collective memory or cultural history, allowing the viewer to draw his or her own conclusions of worth.

Michael Waugh is known for intricate, representational drawings formed from minuscule handwritten words, a practice known as micrography. Waugh transcribes texts—such as government commissions and theoretical books about power and capitalism—into portraits and landscapes. Balancing the Report (FCIR, part 10) is drawn with text from the Financial Crisis Inquiry Report, issued in 2011. The text is specifically from the "Dissenting Views" section. To Waugh, the selection of texts and images and the relationship between the two are the conceptual heart of the work. “These are worlds made of words that draw upon a historical quest for knowledge and for political progress—a quest often at odds with social reality,” he explains.

Relying heavily on the accidental significance of found objects and texts, Daniel Weiner's assemblages draw out emotion and meaning that is just beneath the surface of the materials. He attempts to make each piece operate on the level of visual beauty, and on another level: triggering a self-reflexive act of discovery or interpretation, functioning as a diagram of revelation. With layering and a willful rereading of dormant information, he nails together literal and figurative levels of understanding to show that any and all inquiry leads back to the self.