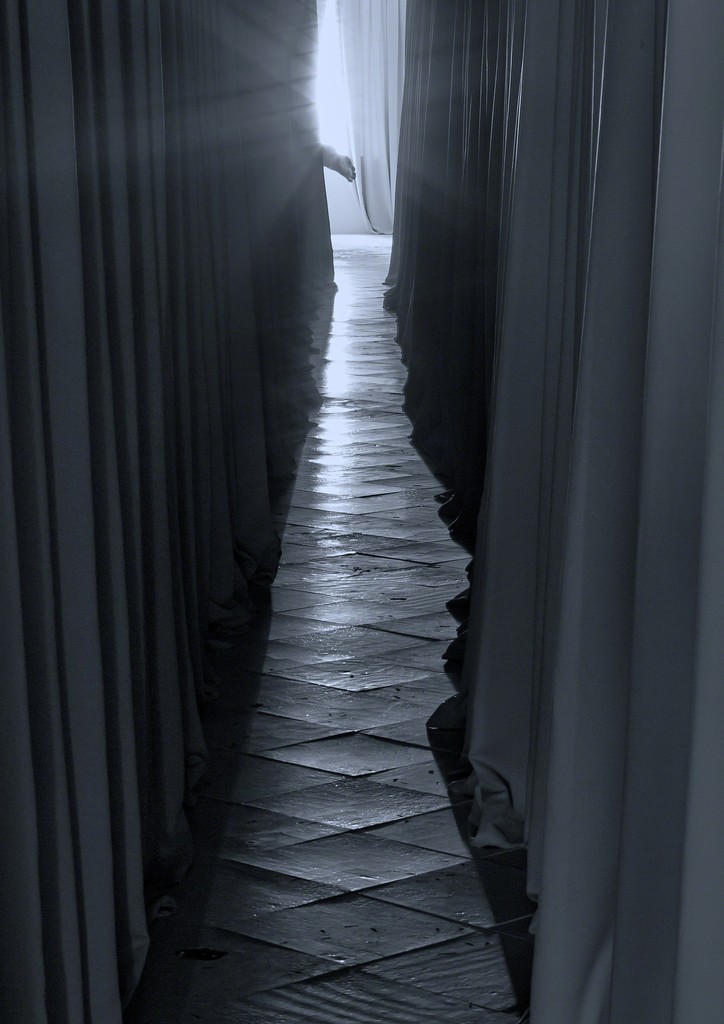 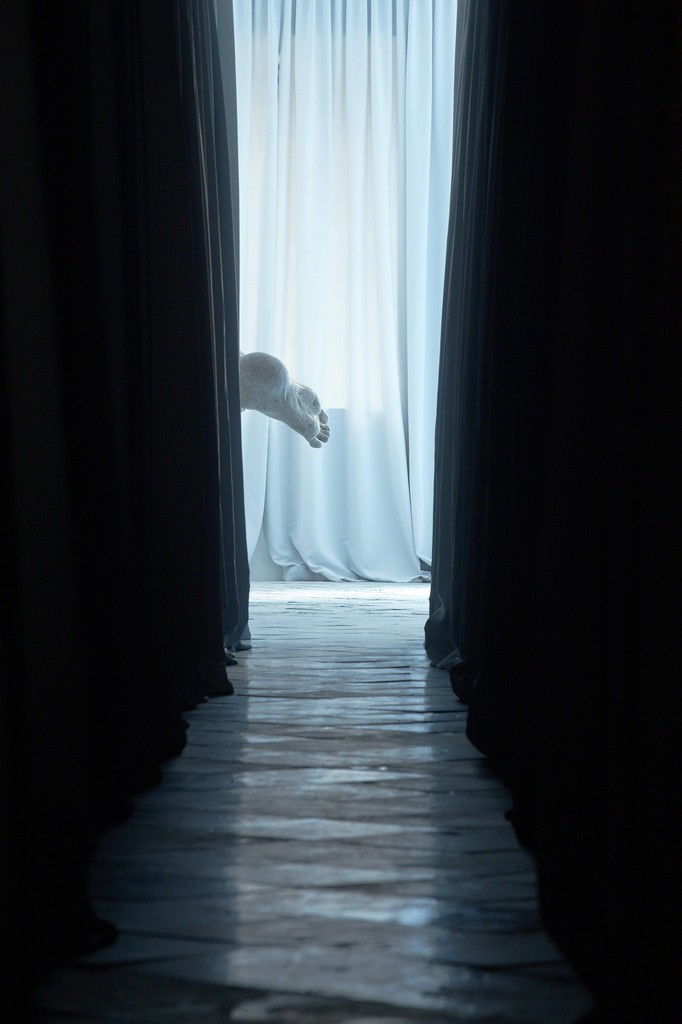 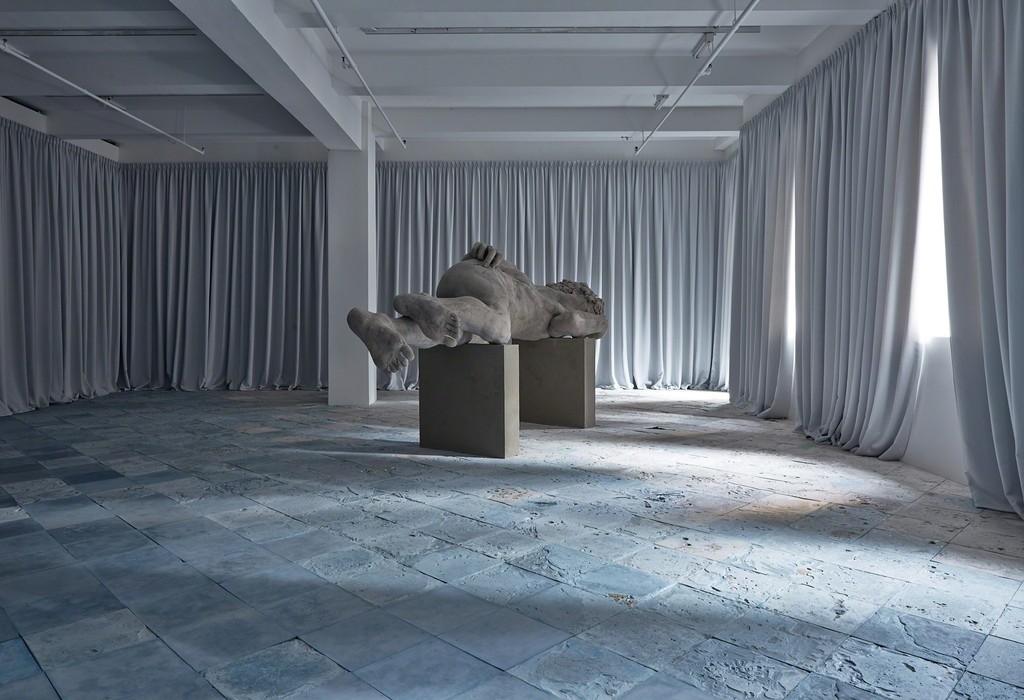 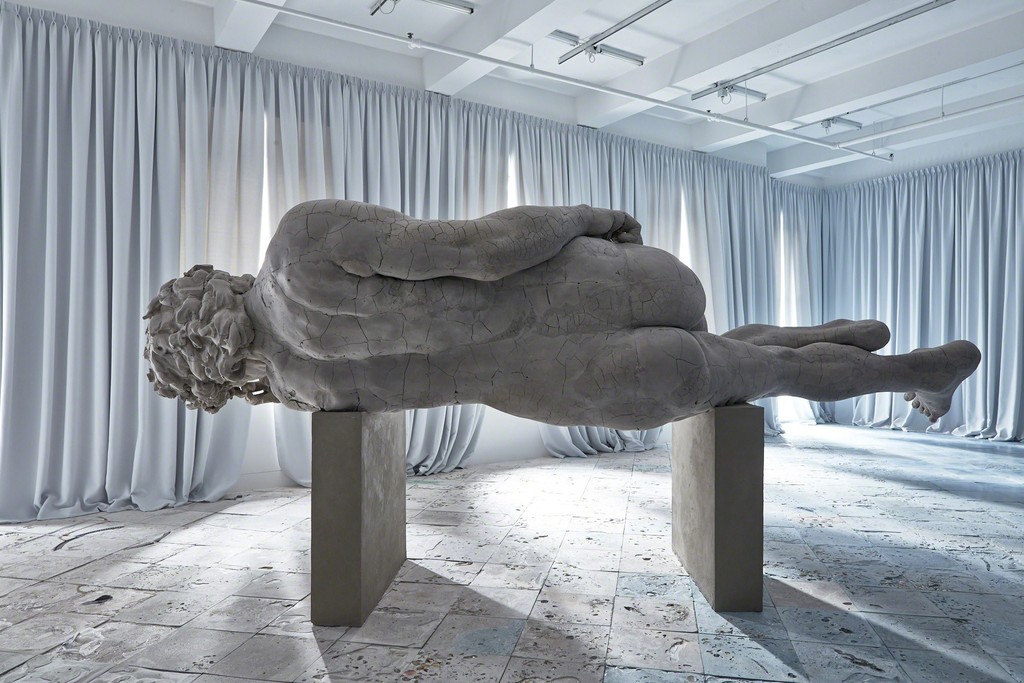 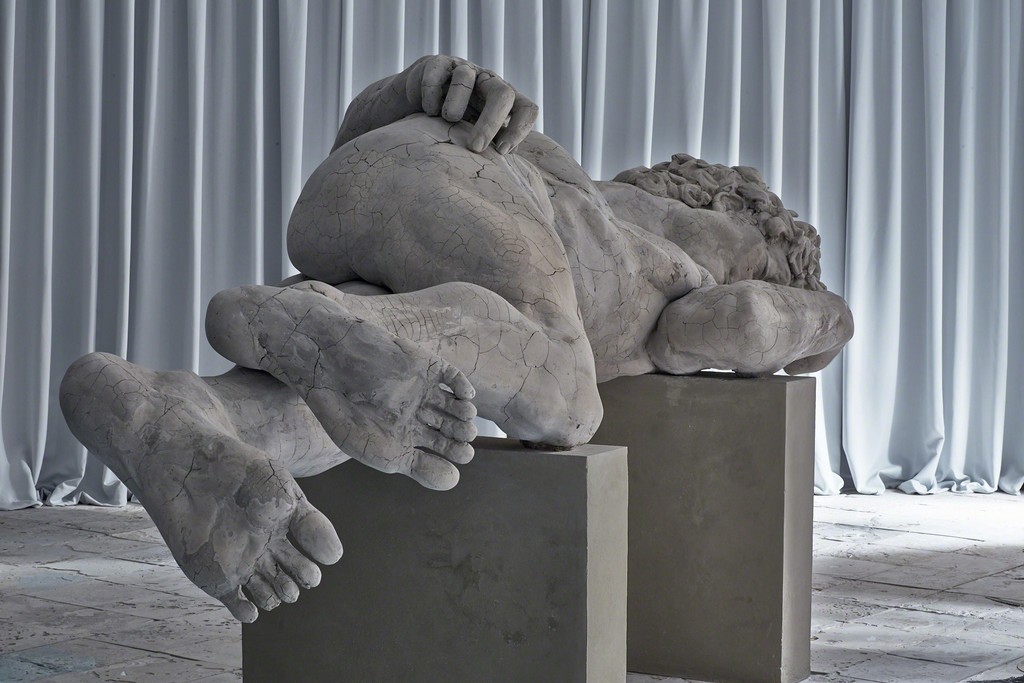 In five hundred million years, Shakespeare and the worst anonymous writer will be exactly the same: nothing.
– Roberto Bolaño

Known for his ephemeral site-specific installations, Adrián Villar Rojas has fathomed a world from the flesh of raw, cracked clay resulting in temporal structures that have included a giant high tech robot, a little bird, Michelangelo´s David, a mother cradling a hybrid human-pig baby, a dinosaur, Kurt Cobain, or a young couple making love in a boat. His retro-futuristic archeological remnants reference human culture and the natural history of planet Earth. Displayed in a museum, on a planet that is not ours, they offer a sort of empirical testing of an art that will exist post-human.

“Regarding the mixture of references,” said Villar Rojas in a recent interview, “I tried to imagine how it would be to look at the planet and human culture from the perspective of an alien: absolute horizontality and lack of prejudice. There are no scales of values, but commitment to a deep state of detachment and distance, which is also reflected in the use of time: remote future and absence of humans; remote past and origins of life. A dinosaur and a high tech robot. The anchor was the decision to exile myself from this time, because I felt there was no longer anything to think of regarding art. Therefore, we could only think of the post end.”

By melding clay with organic materials – vegetables, fruits, meat, fish, wood, plants, earth, food – and with inorganic ones – sneakers, ropes, personal belongings, metals and pigments, Villar Rojas creates hybrid objects, which transform into new, unexpected mutants through the passage of time. These living entities continue to breed and flourish long after the human stage of the process has finished; entropy and time take on an ontological role in Villar Rojas’s exploration. From the ephemeral, his work has evolved to be diachronic.

Adaptively and site-specificity are key dimensions of Villar Rojas’s work. A sustained residency of the artist and his team of collaborators precedes each major installation and creates a singular relation between project and institution. Rather than working from a pre-established goal, Villar Rojas´s projects are the product of an interaction with local cultural, social, institutional and even geographical contexts.

Temporality is further highlighted by the nomadic memory of the objects that are used as the basis for each project. Materials from local geographies and remnants of past projects travel with Villar Rojas around the world, wherever the next stop is, feeding and being fed by the projects and geographies to come. A connection between the past, the present and the future finds a place in the work itself: the memory of previous working processes begins to appear in the following ones and their concomitant exhibitions.

Villar Rojas says that his nomadic workshop has come to function as a theatrical space where his collaborators are actors improvising based on a series of tasks given by him through different formats – drawings, descriptions, plans. The material objects which his 'actors' produce (sculptures, forms, pictures, drawings, structures) are the leftovers or tracks of those rehearsals, but, as in theater, most of that process is lost forever. In this second life of the projects, Villar Rojas not only plays the role of a 'director' but he is also a 'documentalist', leaving as many traces as he can. Photographs, videos, writings, notebooks, recordings, and publications are an obsessive fight against nothingness, a resistance against his own obsession with disappearance.

Adrián Villar Rojas was born in Rosario, Argentina, in 1980. He studied Fine Arts at the Universidad Nacional de Rosario from 1998-2002. His exploration of clay began in 2008 with the exhibition What Fire Has Brought Me, in Buenos Aires, following his inaugural solo exhibition, Fire, in 2004.

In 2009, Villar Rojas participated in the 2nd Biennial of the End of the World, Ushuaia, Argentina, where he first developed a site-specific, team-based project, My Dead Family – a gigantic whale in the forest of one of the most southern cities in the world, which was followed by War Cannot Distinguish Love from Any Other Feeling, a giant sculpture of a mythical monster entwined with a young girl for the X Cuenca Biennial, Ecuador, and I Will Never Forget Brazil for the 31st Panorama of Brazilian Art, at Museu de Arte Moderna de São Paulo. In 2011, Villar Rojas represented Argentina in the 54th Venice Biennial, ILLUMInations, with Now I will be with my Son, The Murderer of Your Heritage and was selected for SAM Art Projects, the Louvre Museum, where he presented Poems for Earthlings, a huge, fallen obelisk in the Jardin des Tuileries. He participated in The 2012 New Museum Triennial: The Ungovernables, and that same year, his monumental installation Return the World was shown at dOCUMENTA(13), Kassel, Germany, and Kabul, Afghanistan. In 2013, Villar Rojas inaugurated the Sackler Gallery of The Serpentine, London, with Today We Reboot the Planet, and presented The Innocence of Animals in EXPO 1, at MoMA/PS1, New York; Films Before Revolution at Museum Haus Konstruktiv, Zurich, Switzerland; and was included in the 5th Moscow Biennale of Contemporary Art, Moscow, Russia. In the Fall of 2014, he was commissioned a work for the inaugural exhibition of Foundation Louis Vuitton, Paris, France. Important group exhibitions from this year include the 12th Havana Biennial, Havana, Cuba; Sharjah Biennial 12: The past, the present, the possible, Sharjah, United Arab Emirates and Storylines: Contemporary Art at the Guggenheim, The Solomon R. Guggenheim Museum, New York.

Villar Rojas’s solo exhibition Fantasma explores the memory surrounding and shaping objects. It is currently on view at the Moderna Museet, Stockholm, Sweden through October 25, 2015. He also participates in the 14th Istanbul Biennial, Saltwater: a Theory of Thought Forms.