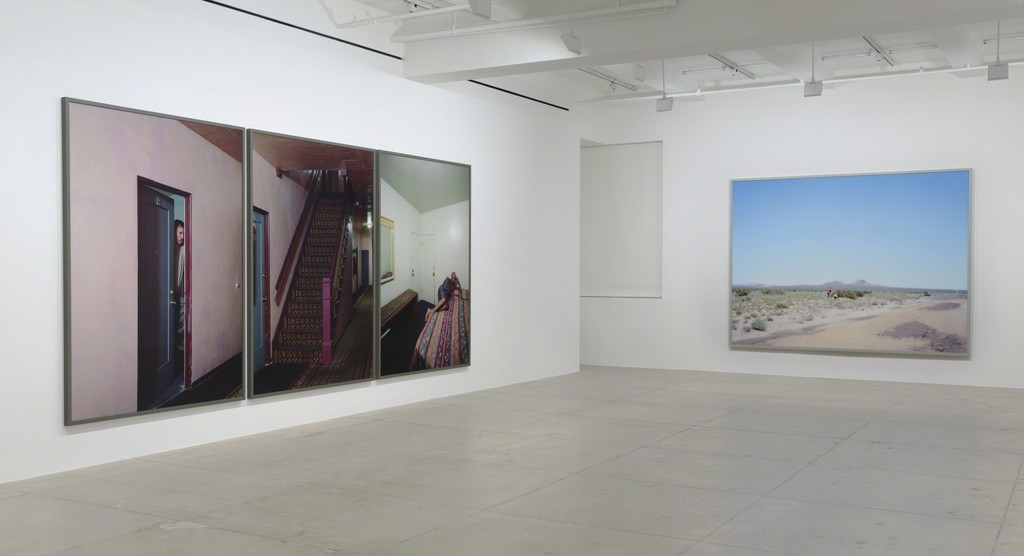 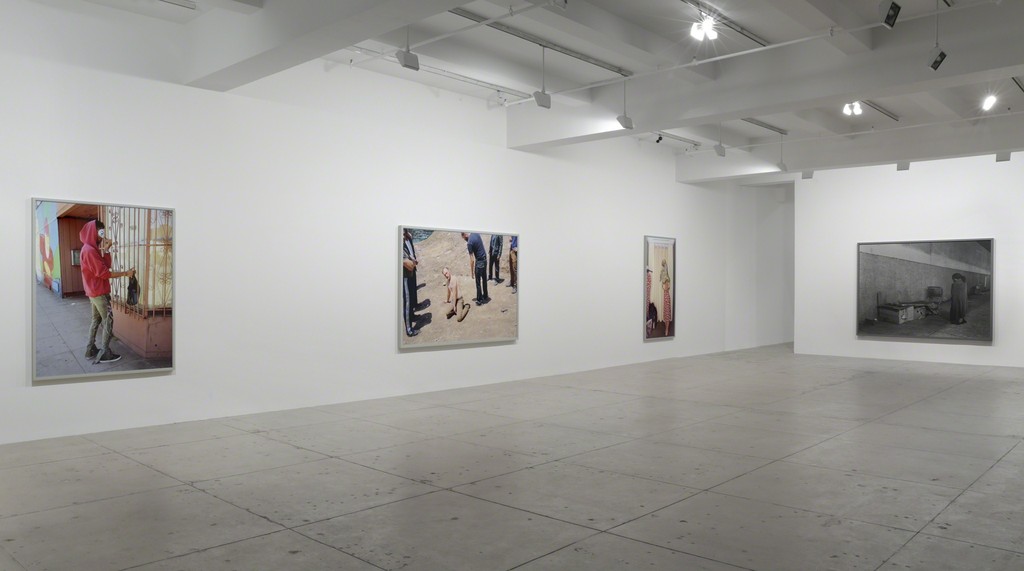 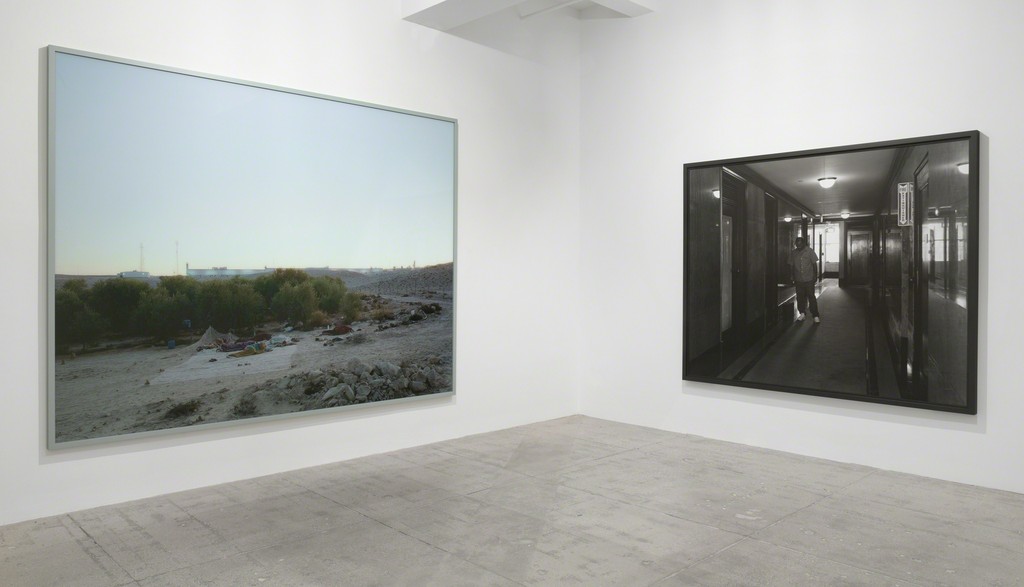 A passionate dedication to the possibilities within the medium of photography and an analytic precision is at the heart of Wall’s practice. The current exhibitions in New York and London offer a close look at the artist’s most recent body of work, continuing and extending a process spanning close to four decades in a disciplined quest for a new form of representation based on the idea of everyday life, a distinct relationship to the canon of art, and to the documentary tradition.

Highly respected for pioneering a hybrid form of picture making which has influenced a generation, Jeff Wall’s work combines formal innovation with a discerning reflection on and research into conditions and social interactions in the real world. From the beginning he has merged the pictorial tradition with photography and cinema, beginning in 1978 with large format color transparency works, then introducing black and white works in 1996, and in 2007, color prints: “I thought, for my purposes, that painting needed to be more psychologically intense, cinema needed to be “arrested” and photography needed to be made viable at the scale of the human body, the scale of natural vision, a scale painting had mastered.”

Wall’s approach to the medium of photography is grounded on “the great collage which everyday life is, a combination of absolutely concrete and specific things created by no one and everyone, all of which becomes available when it is unified into a picture.” A picture might be engendered from an ‘instant’, a ‘mise en scene’, or the ‘before’ or ‘after’ of a real or imagined event; a methodology that has given rise to the relevance of what he terms the ‘near-documentary’, which has been at the forefront of his thinking in recent years . By integrating, truth and artifice, the street and the studio, documentary and the cinematographic, Jeff Wall engages in a boundless exploration of open and closed spaces and the relationships between them, rendering his subjects through a selective strategy of reportage or construction, while being partial to neither.

Jeff Wall has exhibited in major institutions world-wide since the 1970s. His work is currently on view through December 19th at the Fondation Henri Cartier-Bresson, Paris for which a catalogue Jeff Wall: Smaller Pictures, was published. Also recently, an important exhibition, Jeff Wall: Tableaux, Pictures, Photographs 1996-2013, traveled from the Stedelijk Museum, Amsterdam to the Kunsthaus Bregenz, Austria in 2014 and ended in May of this year at the Louisiana Museum, Denmark. A catalogue was published on the occasion of this touring exhibition in 2014. In 2013 Wall’s work was presented in separate solo exhibitions at the National Gallery of Victoria, Melbourne; the Tel Aviv Museum of Art, Israel; PAC Padiglione d’Art Contemporanea, Milan, Italy, and the Pinakothek der Moderne, München. Other recent solo shows were held at the National Gallery of Victoria, Melbourne (2012), and
the Museo Tamayo, Mexico City (2008). In 2007 he had a touring solo retrospective at the Museum of Modern Art, New York; The Art Institute of Chicago, and the San Francisco Museum of Art. Wall has been the recipient of numerous prizes, including the Erna and Victor Hasselblad Foundation International Award in Photography (2002); and the Roswitha Haftmann Prize for the Visual Arts (2003).