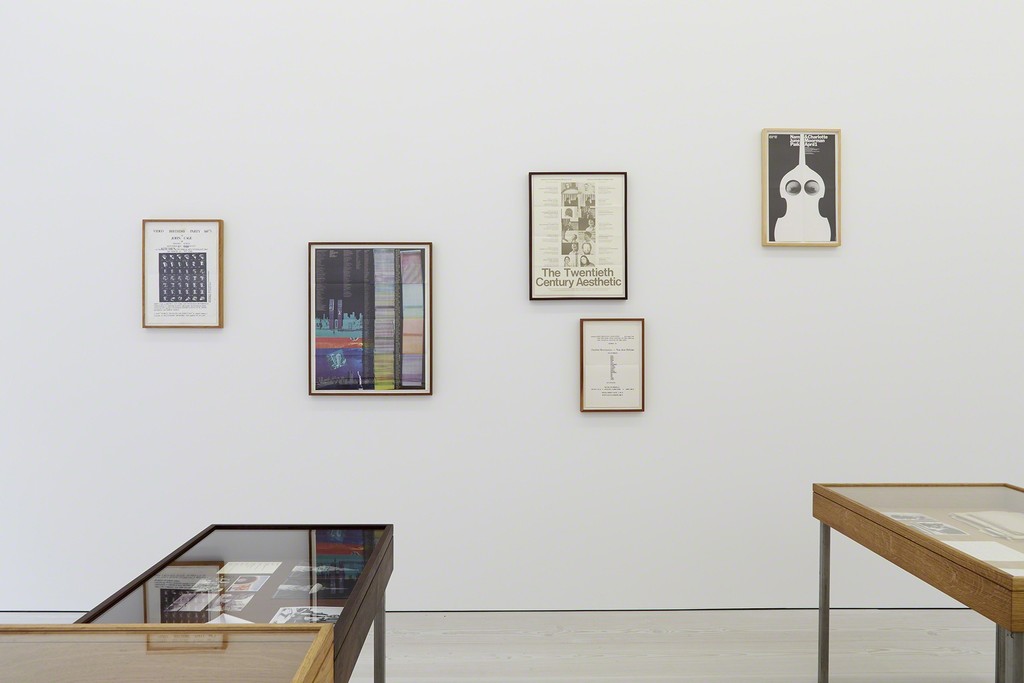 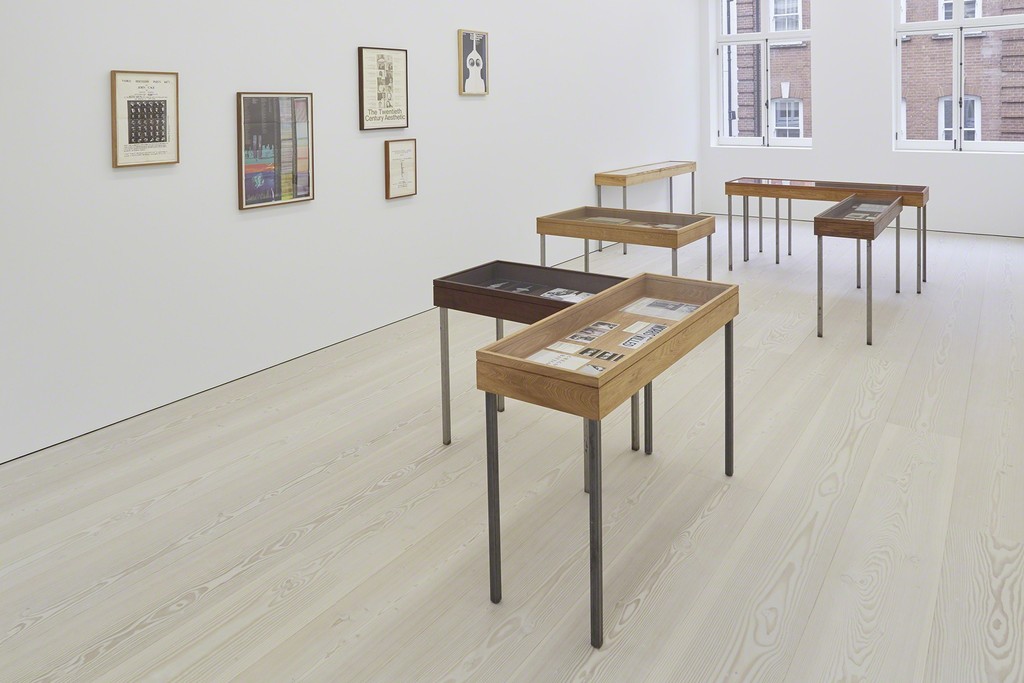 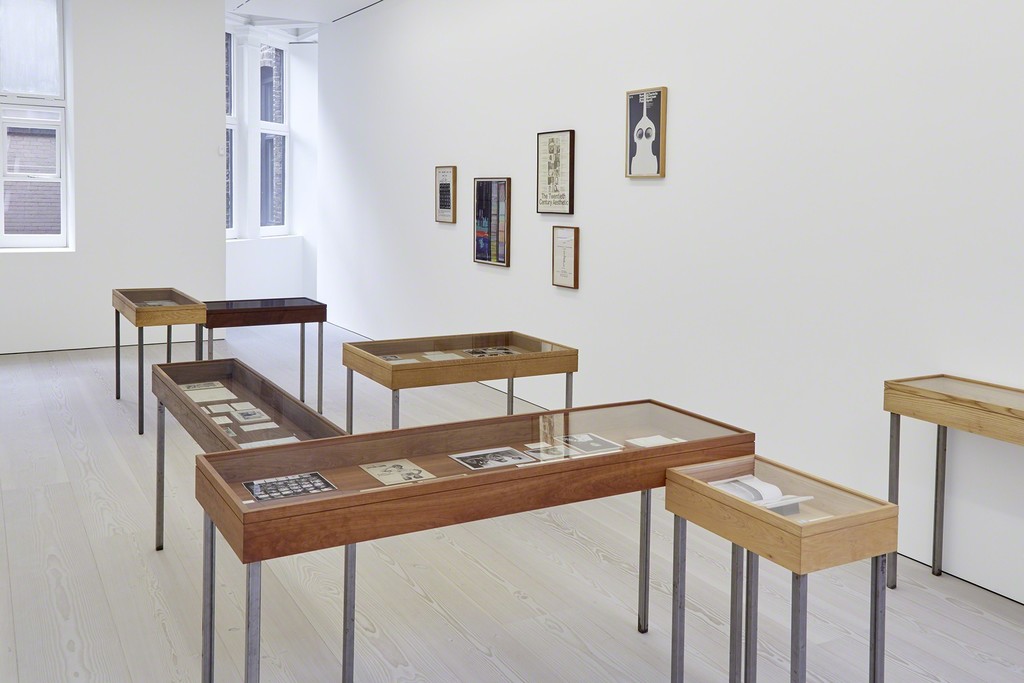 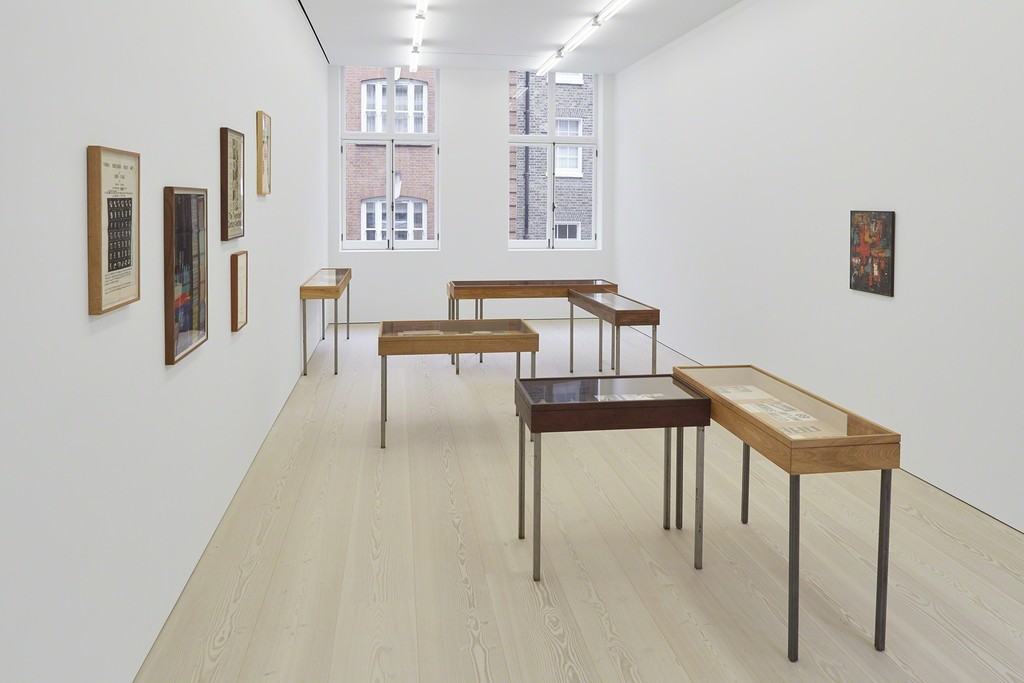 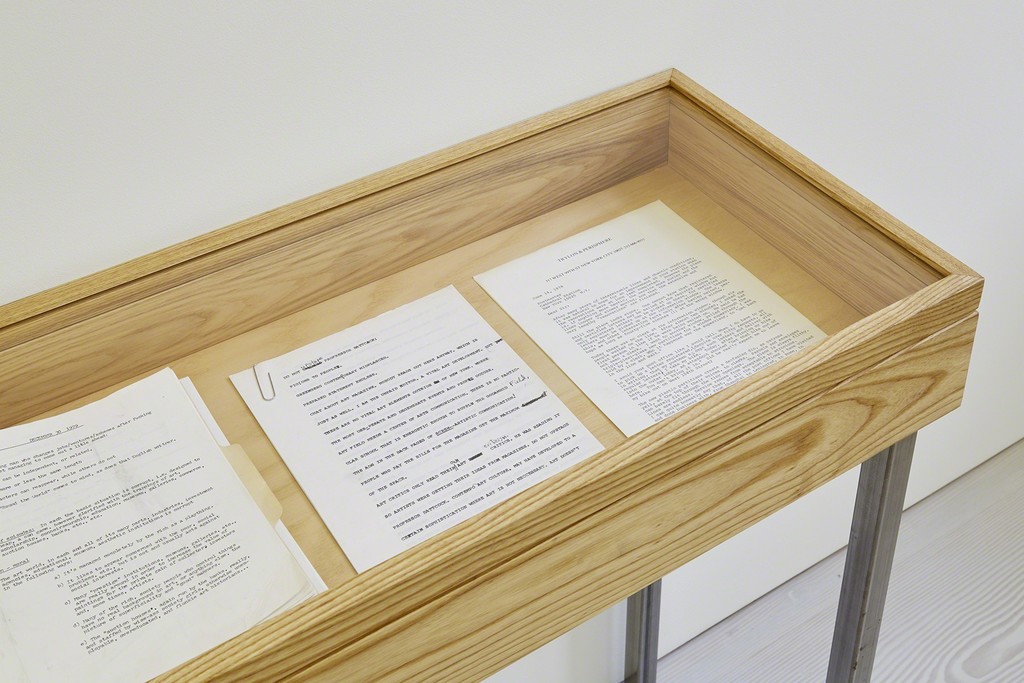 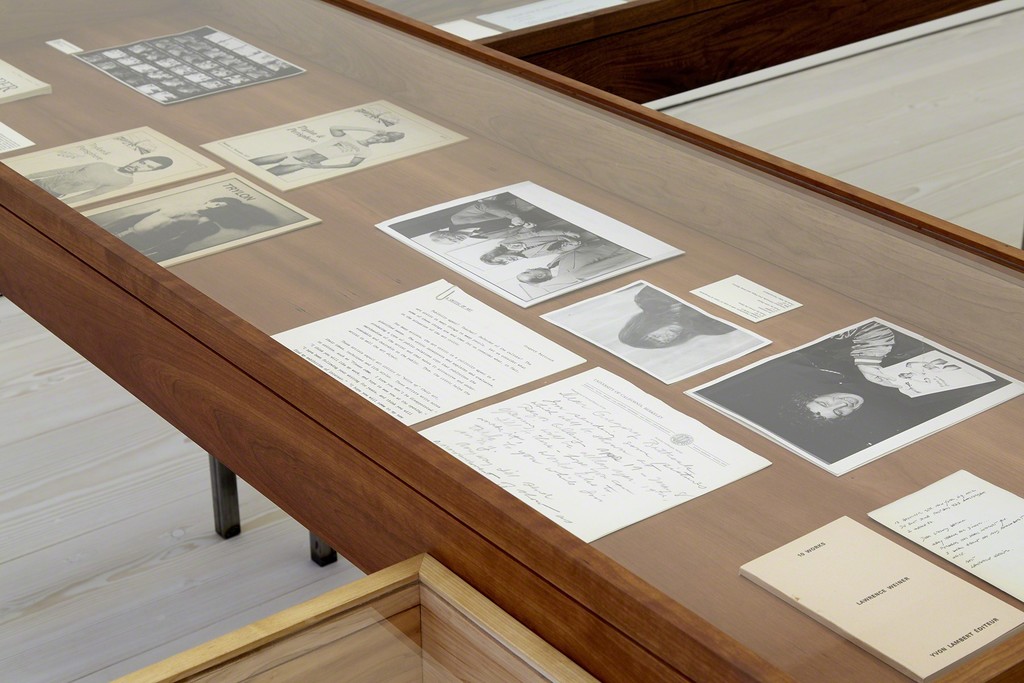 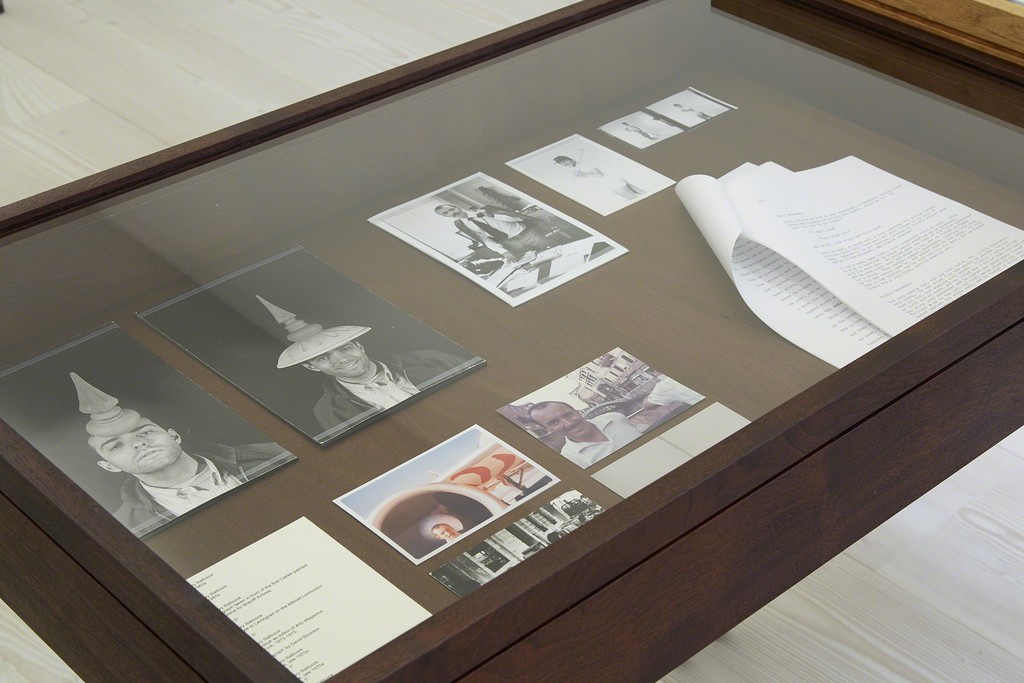 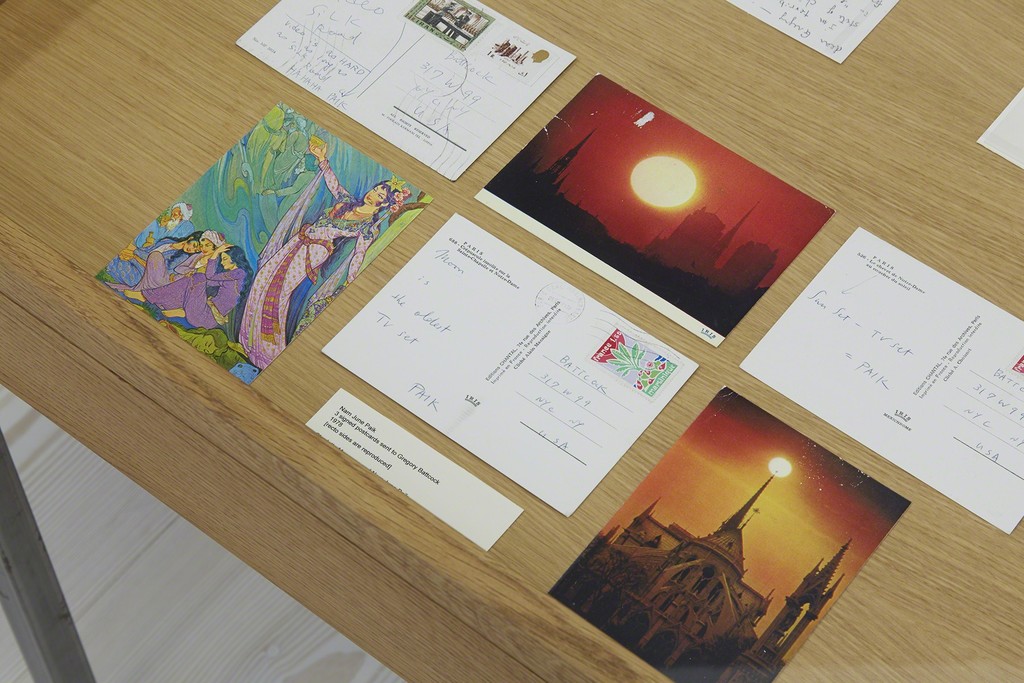 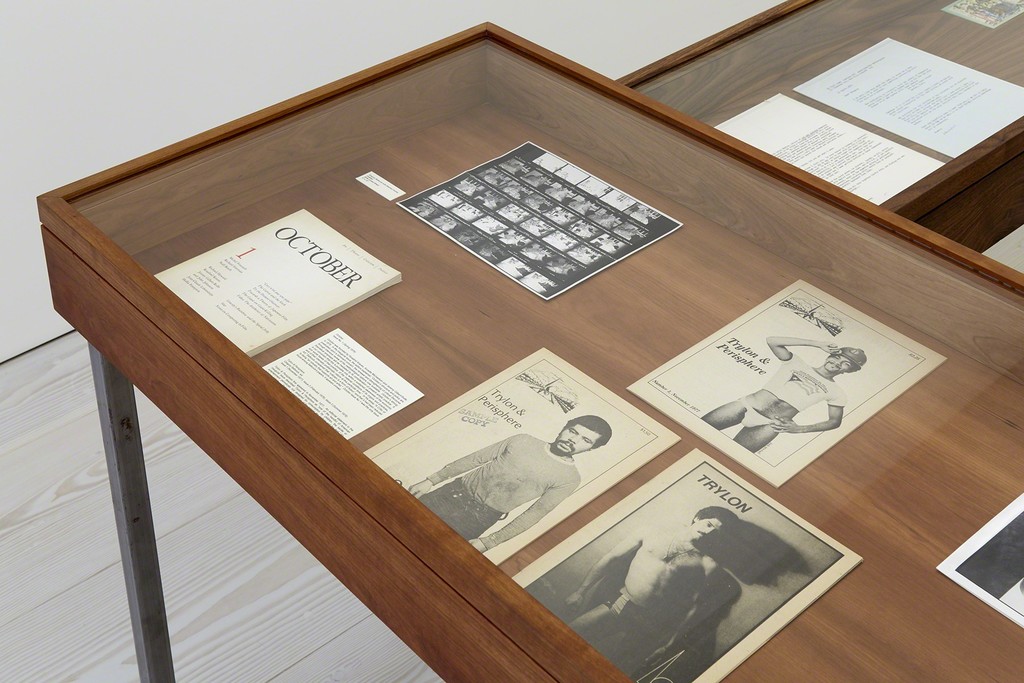 Marian Goodman Gallery is pleased to present The Gregory Battcock Archive by Joseph Grigely on view in the first floor Project Space at the London gallery. Grigely began exhibiting the archive in 2010 with iterations being shown at the Whitney Biennial in 2014, the Grazer Kunstverein in 2015-16 and most recently at the Kunstverein Hamburg. The Gregory Battcock Archive’s debut in London coincides with the launch of the first comprehensive catalogue on the archive, entitled Oceans of Love: The Uncontainable Gregory Battcock, edited with an introduction by Grigely and published by Koenig Books.

Grigely stumbled upon the archive quite by chance in 1992 whilst exploring the recently abandoned facilities of a storage company that had occupied the same building as his studio in New Jersey. Dispersed across the floor, it included manuscripts, photographs, correspondence, travel notebooks, copies of underground newspapers and excerpts from essays. The discovery led Grigely to ask “the question of what could be learned about Battcock from the otherwise unpublished underside of his life that had been strewn across the fourth floor of a warehouse.”1 Grigely’s continued investigation unearthed the two only known paintings by Battcock in existence.

Gregory Battcock (1937 - 1980) was an artist, art historian and art critic and a prominent figure of the New York art scene in the 1960s and 70s. Trained as a painter with a PhD in Arts Education from New York University, he championed the work of his contemporaries and wrote important essays on conceptual, video and performance art as well as a seminal anthology on Minimal Art (1968) that documented the movement in its infancy. With an interest in film and cinema, Battcock starred in several films by his friend, Andy Warhol, including ‘Batman Dracula’ (1964) and ‘Horse’ (1965). He became Editor of Arts Magazine in 1974 and also published key essays in such underground publications as Gay, the New York Review of Sex and Politics and the New York Free Press. On Christmas Eve 1980, Battcock was found stabbed to death in his holiday home in Puerto Rico. The murder remains unsolved.

With much of the estate donated to the Archives of American Art, the intervention comprises originals, duplicates and facsimiles of the various ephemera of Battcock’s life detailing his writing practice, travels, relationships with artists and his engagement with gay New York life. The source material is reconfigured for each intervention in a grid-like formation that presents a non-linear, dynamic representation of Battcock: as Grigely has noted, ‘from these fragments we can construct a portrait that is revealing in its incompleteness’.2 The documents are presented within bespoke hardwood cases of various sizes and shapes allowing the viewer to come to know Battcock phenomenologically as much as anecdotally, as they navigate the labyrinth of modular vitrines. Interwoven with interpretation panels written by the artist, the installation challenges, in each telling, our conception of the archive as a static entity and creates multiple context-related readings that oscillate between the objective items and their subjective display.

The Gregory Battcock Archive is borne out of Grigely’s wider practice that juxtaposes the everyday traces of human interactions into installations that recall the trope of the still life. In the early 1990s, the artist began work on his ongoing series,‘Conversations with the Hearing’ in which he creates carefully composed grids out of scraps of paper and handwritten notes that explore the slippages in language and communication. In a digital world of screens and fonts, the sensous nature of handwriting, paper and their organisation ranges from more intimate wall-based pieces to immersive rooms that appeal as much to the senses as the intellect.