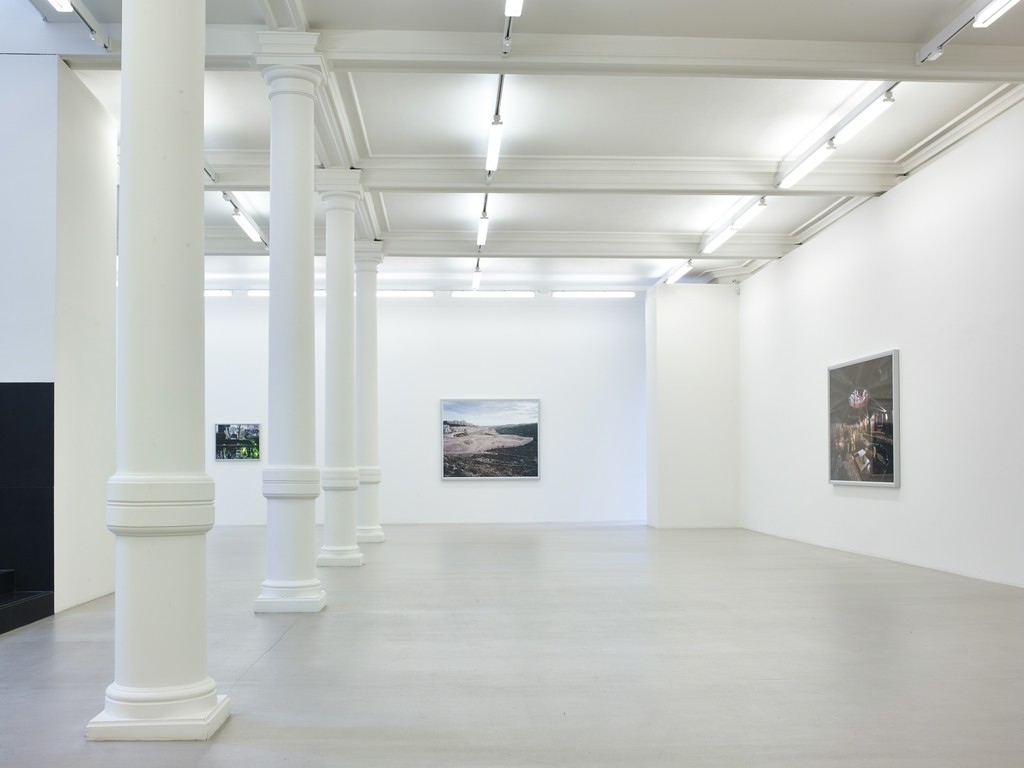 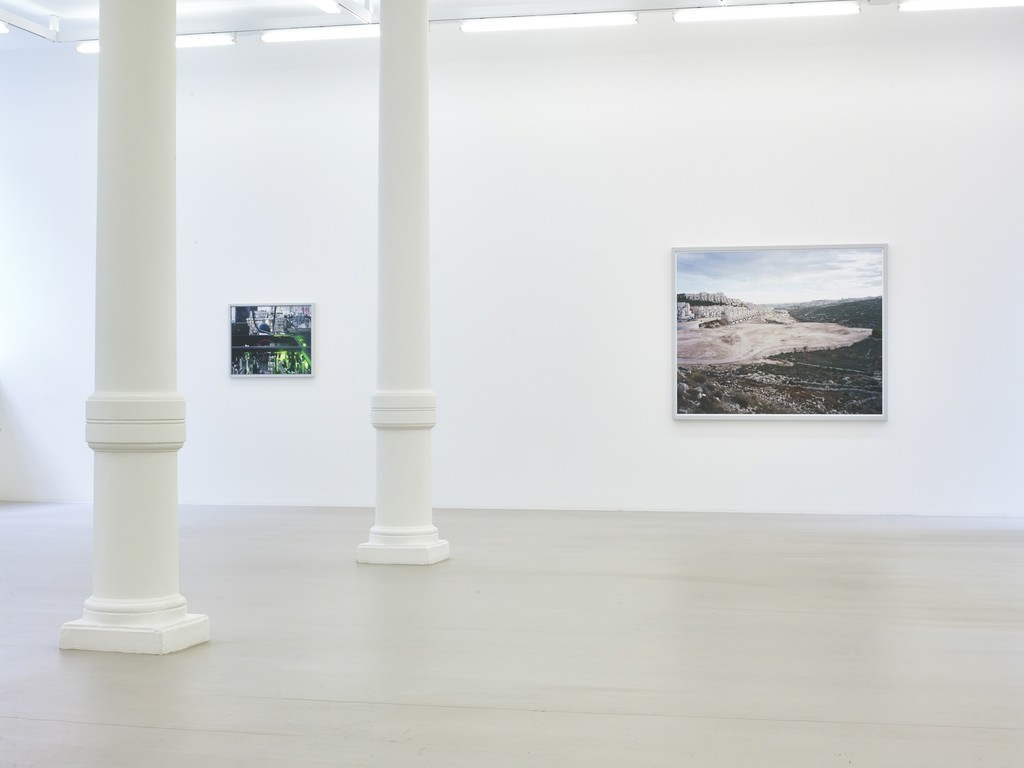 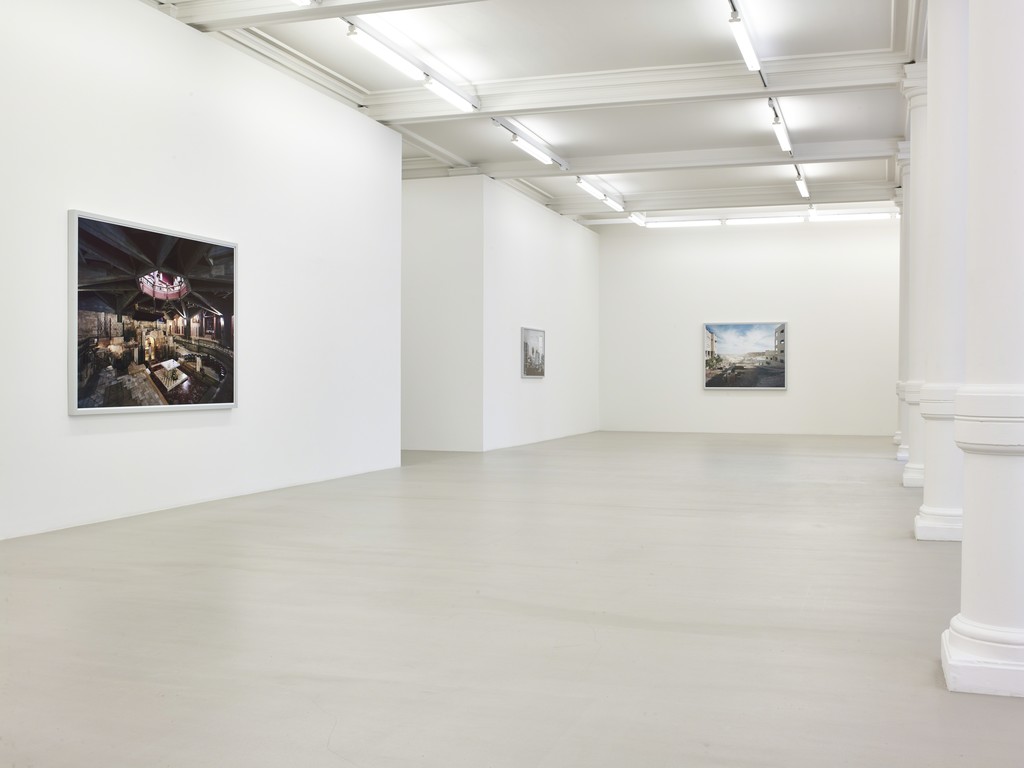 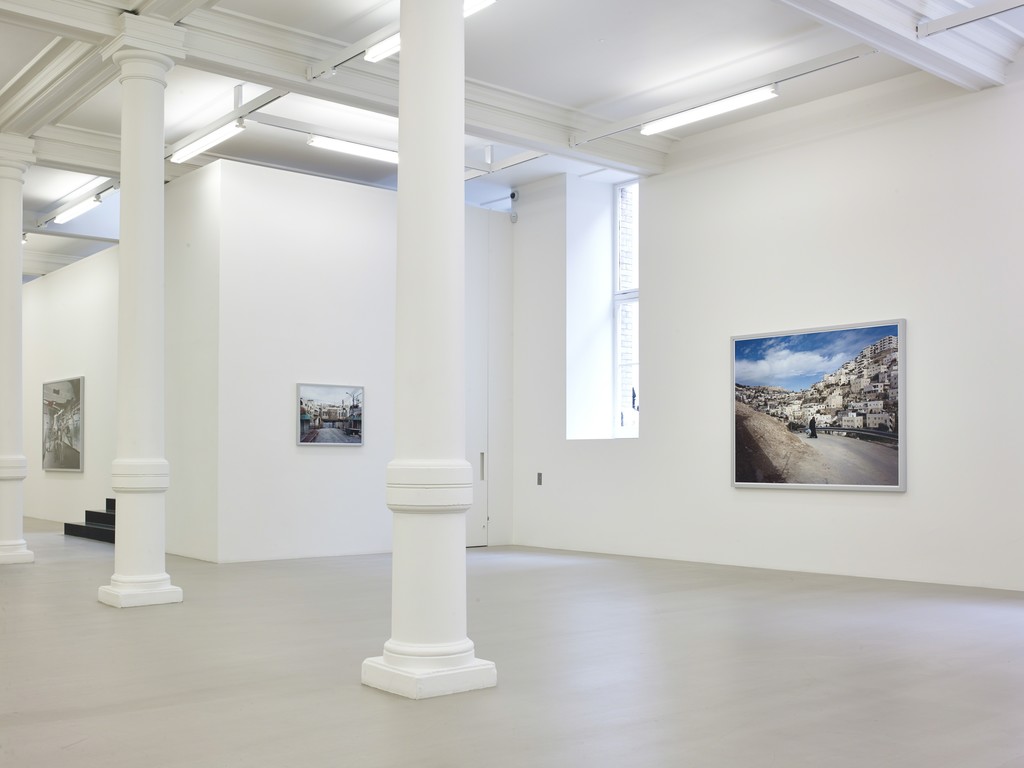 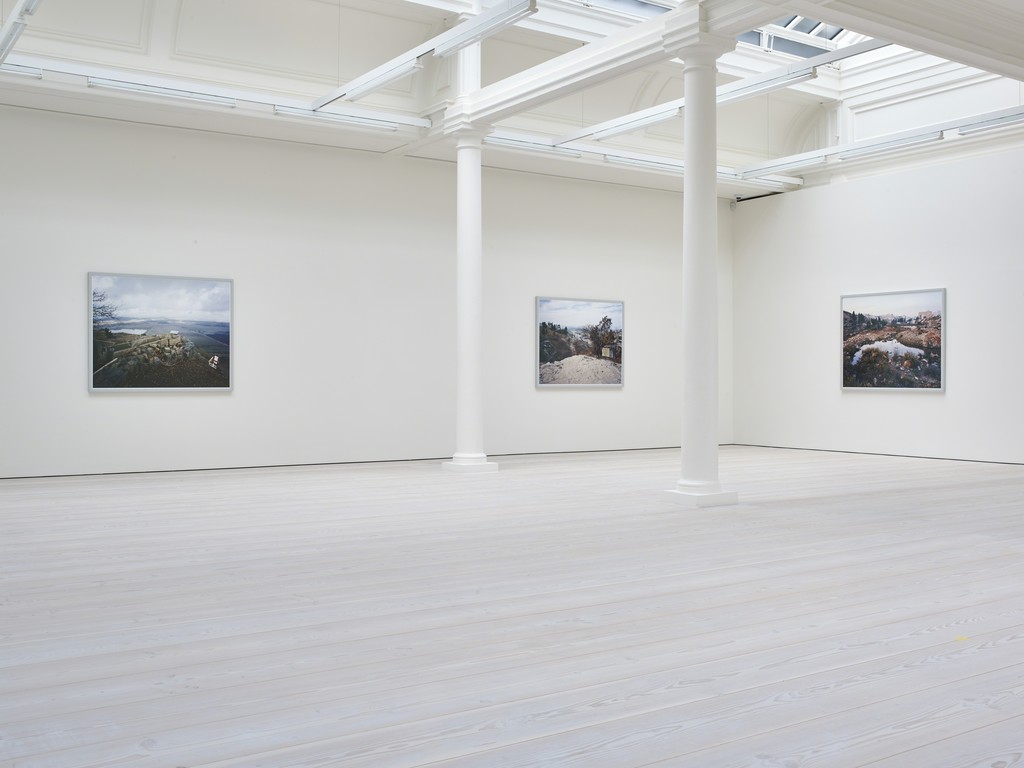 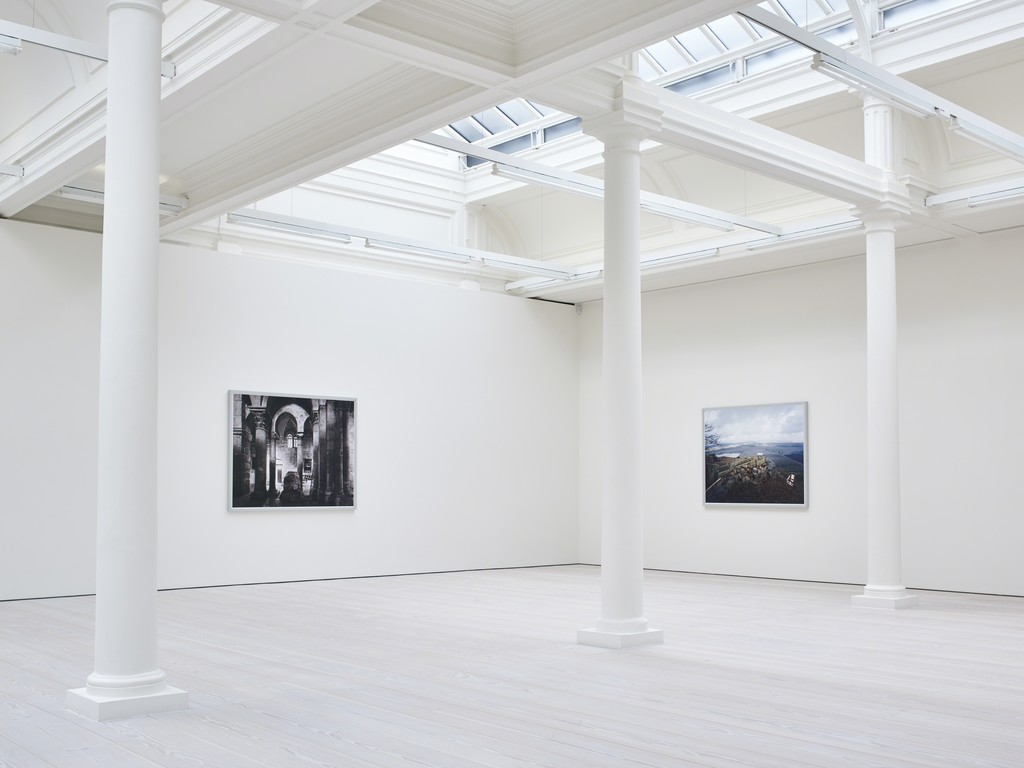 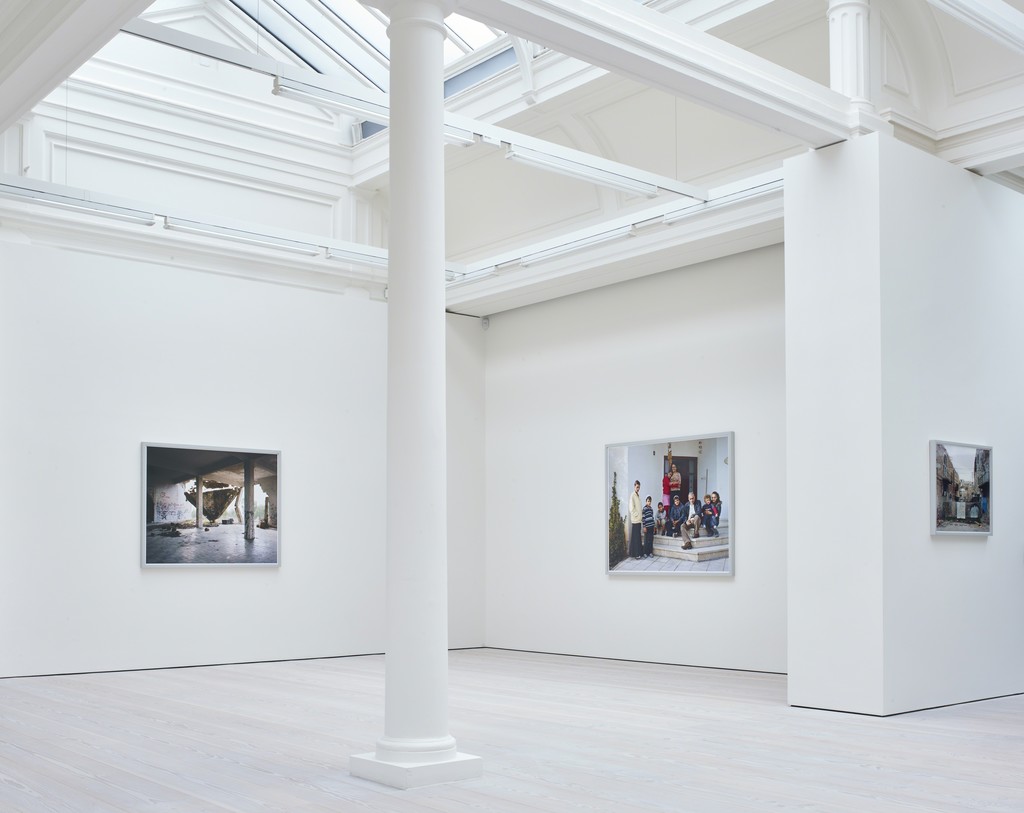 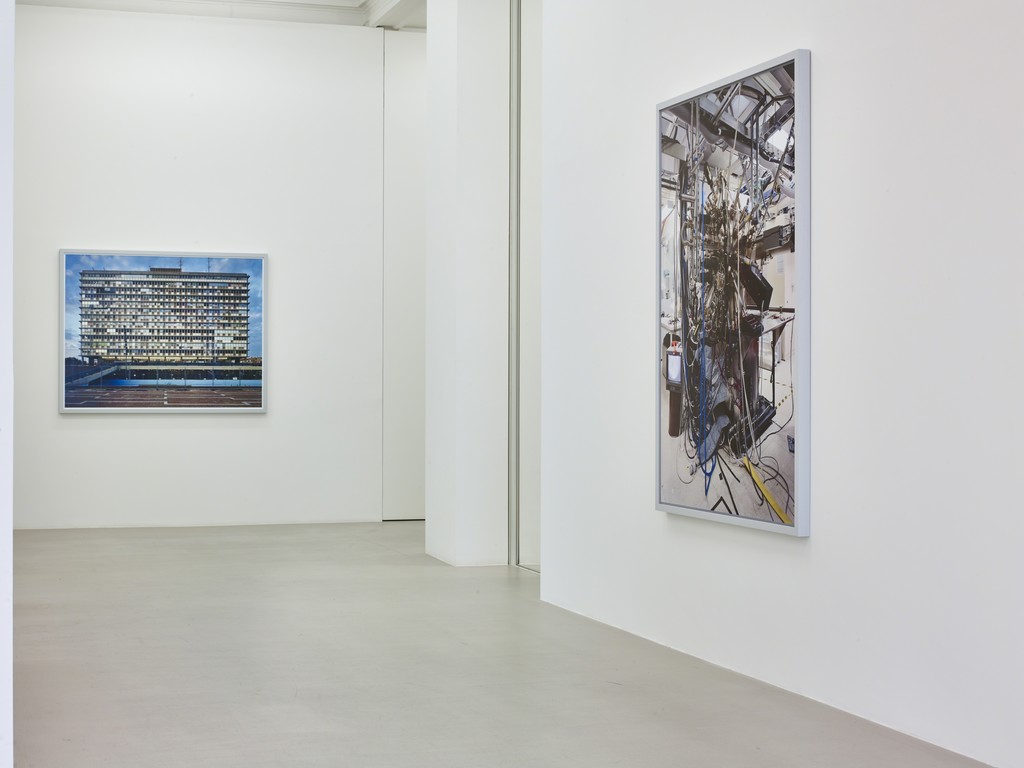 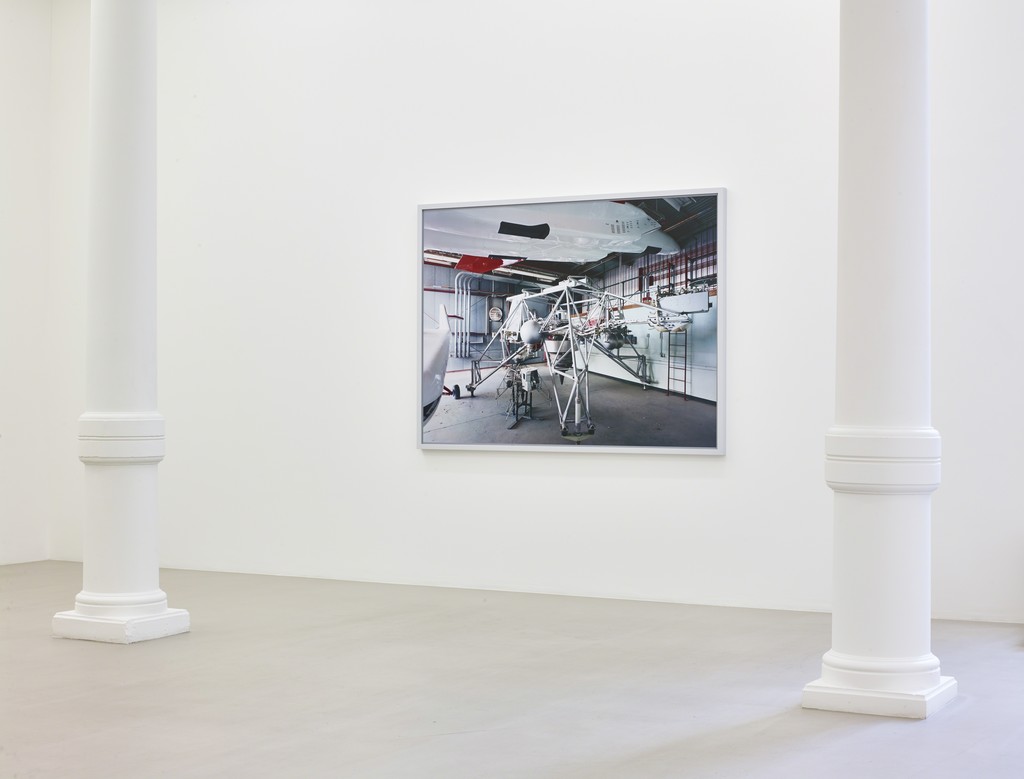 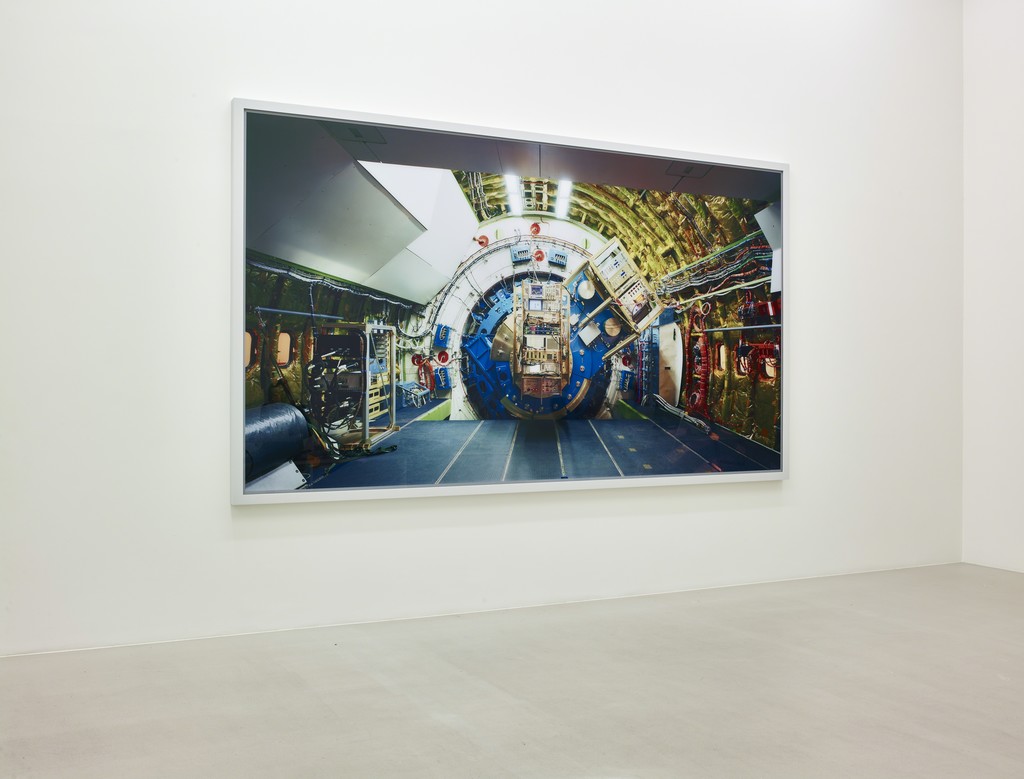 Marian Goodman is pleased to present an exhibition of new work by Thomas Struth, his first show in London since the 2011 retrospective at the Whitechapel Gallery.

This exhibition will present works made in the context of two different recent projects, which are getting interwoven here for the first time: Photographs he made in Israel and Palestine as part of "This Place", and of places of scientific and technological research in California.

Struth travelled to Israel and Palestine six times between 2009 and 2014 and worked in East Jerusalem, Tel Aviv, the Golan Heights, Ramallah, Al–Khalil/Hebron, Nazareth and the Negev. His visits were informed by listening to the stories of his guides and other people he met along the way, ‘my exploration was about observing the human drama and what seemed to touch me most. In essence, it was about the reading of the signifiers and the pictorial possibilities of the place’. And, in eschewing the colossal for the personal, Struth set himself ‘the challenge of how to condense an epic narrative into a still image’.

Struth was aware, from the very beginning, of the inherent conflicts and obstacles in approaching such a politically laden region as a subject, and he commented, ‘as an artist who has always been politically conscious and interested in the organisation of society, I was not sure what it meant to work in a conflict zone, or if you can do justice to it at all…moral and ethical questions are impossible to avoid; you have to acknowledge social and political injustices in this area…’ So, rather than assume a self-ordained role as moral arbiter, Struth attempts to represent what he refers to as ‘a particle of the conflict of the region’.

Silwan, East Jerusalem is emblematic of Struth’s work in Israel and Palestine. While it is executed with his meticulous eye, he remained open to the serendipity of the moment, achieving a work he describes as a portrait, rather than a landscape, ‘you can only look at a landscape as a potential location for human experience… a landscape doesn’t need me, you or anybody. It becomes interesting if it can be the ground plan for human experience, projection or desire’.

For Struth, the act of journeying and seeing when scouting for locations is crucial. He combines a personal analysis of an instinctive sense and narrative of a place with a formal topological view, to create a composition that elucidates something revelatory.

‘In the end, I strive to make pictures that are arresting, that you have to keep looking at. Homi Bhabha said something that resonated with me. He was talking about works of art that you cannot forget but don’t remember in detail. The drive to not forget emerges when the artwork touches your core, when it has a central narrative that is understood generally through its specificity. You cannot forget it because you cannot manage to completely “un-puzzle” it. You cannot remember its details because the innate composition of all its elements does not fully disclose the entirety of its narrative and thus keeps you puzzled’.

Some of the Israel and Palestine images recall Struth’s early interest in street photography, studying the urban landscape and architecture of Europe, North America and Asia, characterised by deep, distant perspective, long views and knowledge of place. However the signs and remnants of conflict and division are still evident here and inescapable within the Israel and Palestinian landscape, marked by blockaded roads, metal and concrete barriers and impassable landscapes.

Also included within the exhibition are two family portraits, a trope Struth has worked with since early on in his practice. Titled from the depicted families’ names and location in Israel, The Abu Bilayya Brothers of the Azazma Tribe, Negev, 2011 and The Faez Family, Rehovot, 2009, depict two culturally divergent family units. The 7 Bedouin brothers and their guest, eight men of varying ages, sitting cross-legged or kneeling on traditionally patterned rugs within a modest metal-framed structure covered by a series of muted monochrome tarpaulin, that is contrasted with the brightly coloured textiles upon which the men sit.

In contrast, The Faez Family, Rehovot depicts the cross-generational members of a young family, positioned on the front porch of their modern home. For Struth, this image holds many interesting elements, ‘…the plant on the left corresponds with the curve of the body of the second eldest daughter; the mother and her young daughter are embracing, and the two eldest daughters bracket the family in a triangular situation. I found it very interesting to see the modality of the daughters, in relation to their parents but also with their slightly Westernised clothing, and that within one family, culture gradually transitions, if not the family is in constant transition’.

It is important to note in these Israel / Palestine photographs, that Struth has broken away from his prior way of making work within a set defined series. Whereas previously, he would take one trope, portraiture or landscape for example, and make images at varying global locations, within this specific body of work, Struth has focused on one precise theme, geographical and political reality that encompasses all tropes from the series, as though Israel and Palestine for the artist were a geographical container for the scope of the human condition.

There are also six new works presented in the exhibition that on initial viewing are formally in opposition to the landscape and portrait works: Struth’s most recent photographs of scientific research, a continuous study of entanglement in a one-sided belief of progress. The increasing degree of fascination for the tools we construct to investigate into scientific and material progress distracts us from the equal need for progress on social and political levels. In connection with the Israel / Palestine photographs, these images enforce both their reading as two versions of a seemingly indissoluble conflict. This part of the exhibition includes work from the Weizman Institute, Rehovot 2011, The Jet Propulsion Laboratory, Pasadena and the Armstrong Flight Research Centre, Edwards, both 2014.

Thomas Struth (born 1954 in Geldern) lives and works in Berlin and New York. Comprehensive exhibitions of Struth’s works have been presented at institutions including the Kunsthalle Bern (1987), the Institute of Contemporary Art, Boston (1994), the Carré d’Art – Musée d’Art Contemporain de Nîmes (1998), the National Museum of Modern Art, Tokyo and Kyoto (2000), the Dallas Museum of Art (2002), The Metropolitan Museum of Art, New York (2003), and the Museo del Prado, Madrid (2007). A major retrospective toured from the Kunsthaus Zürich (2010) to the Kunstsammlung Nordrhein-Westfalen K20, Düsseldorf, Whitechapel Gallery, London (2011), and the Museu Serralves, Porto (2011–2012).

The Metropolitan Museum , New York, just held an exhibition of their large holdings of Thomas Struth's works between September 2014 and February this year.

The majority of the works in this exhibition are reproduced in a monograph titled Thomas Struth, recently published by MACK Books. It includes an essay by Ulrich Loock and will be available for sale at the gallery.