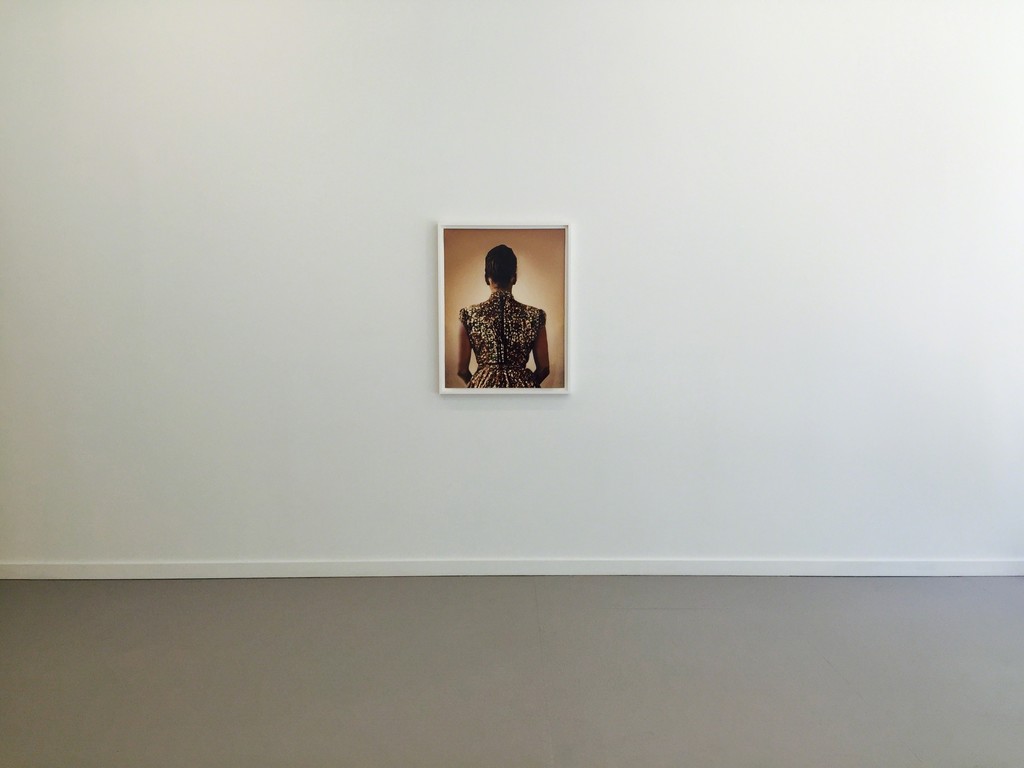 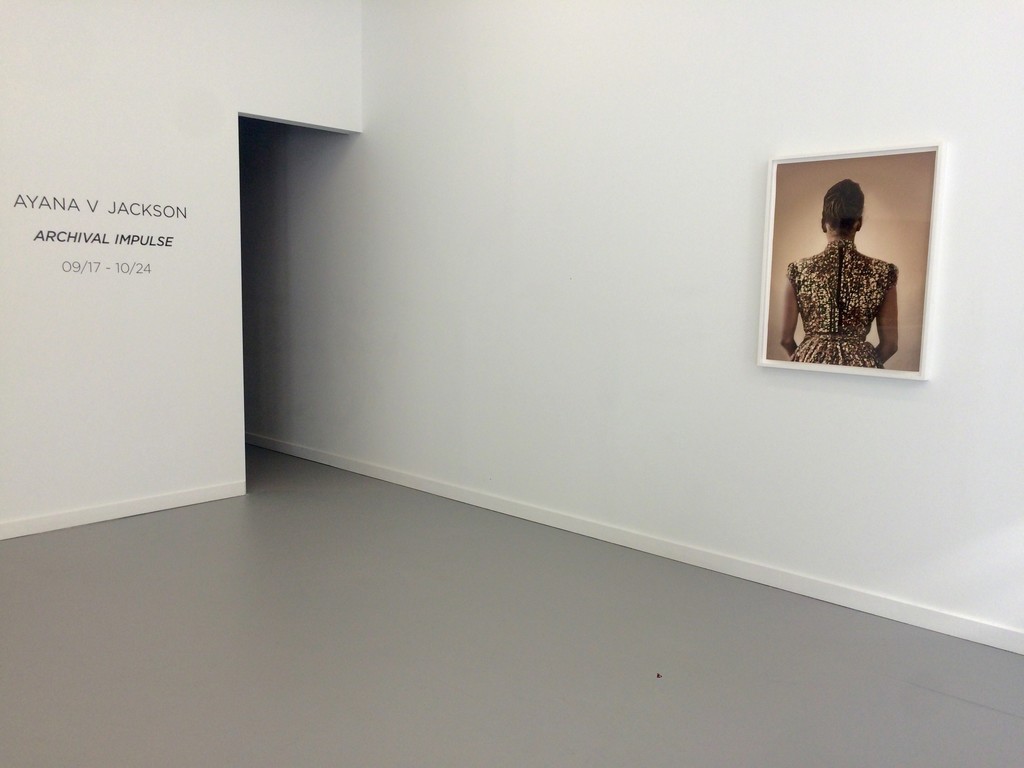 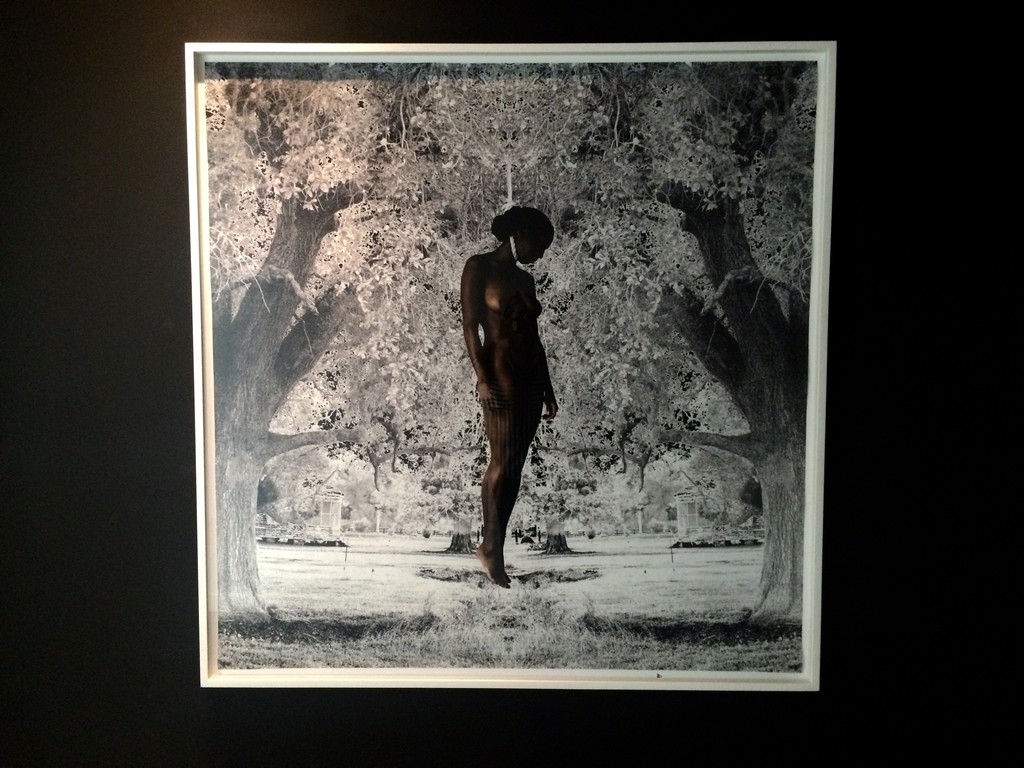 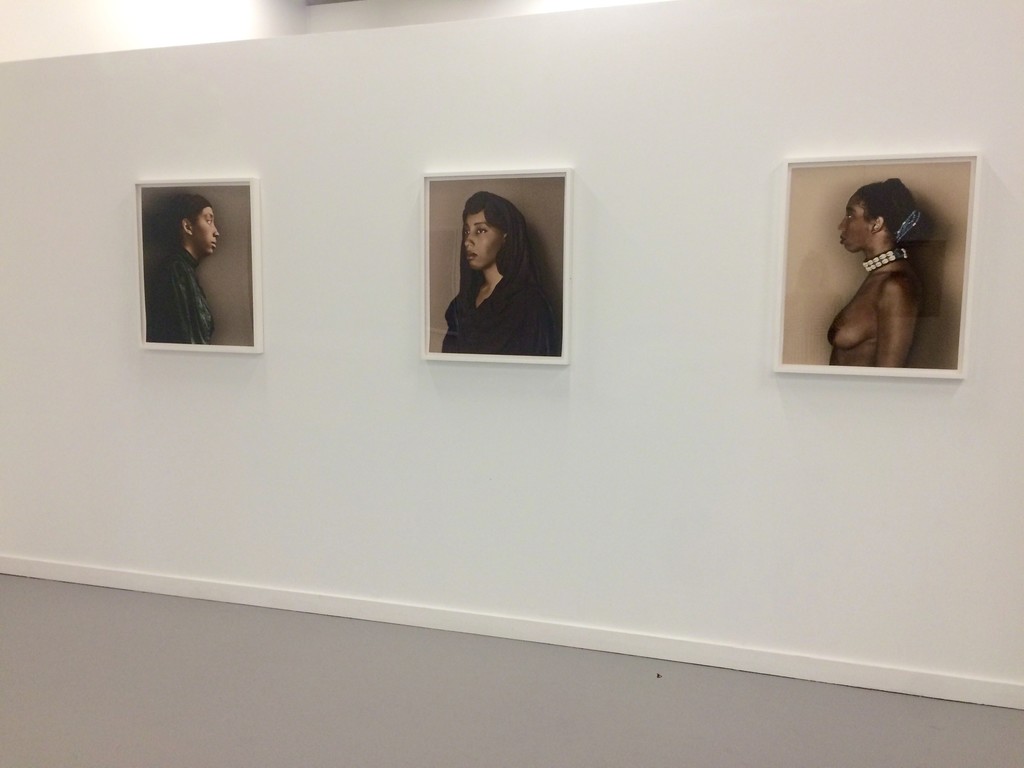 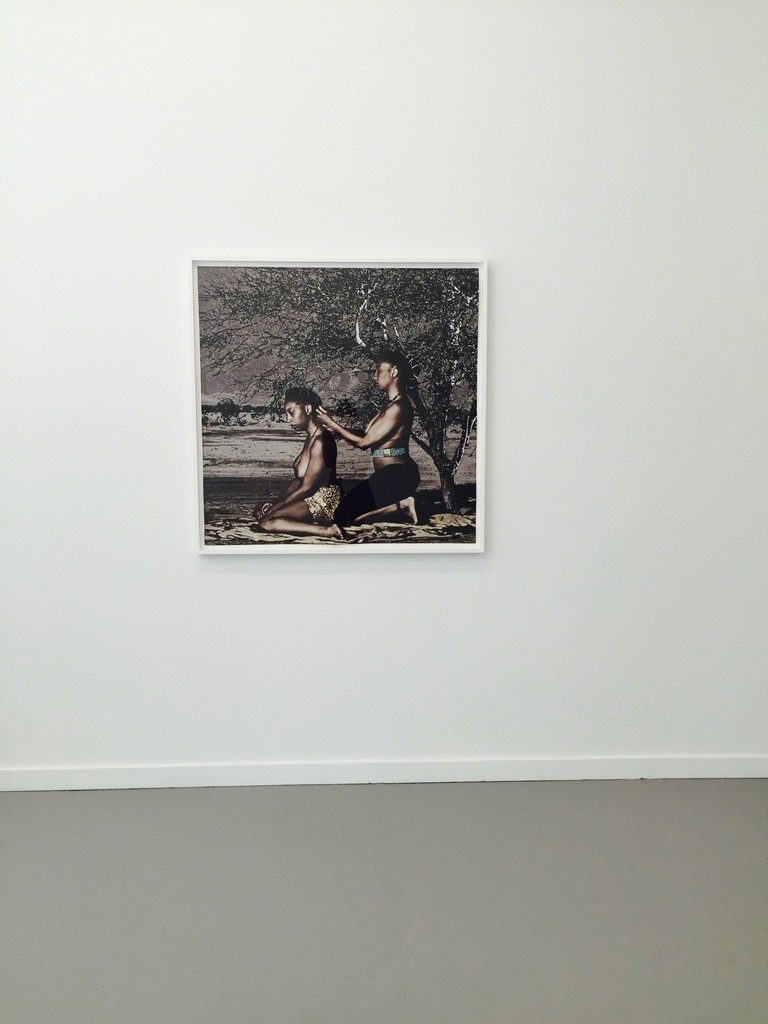 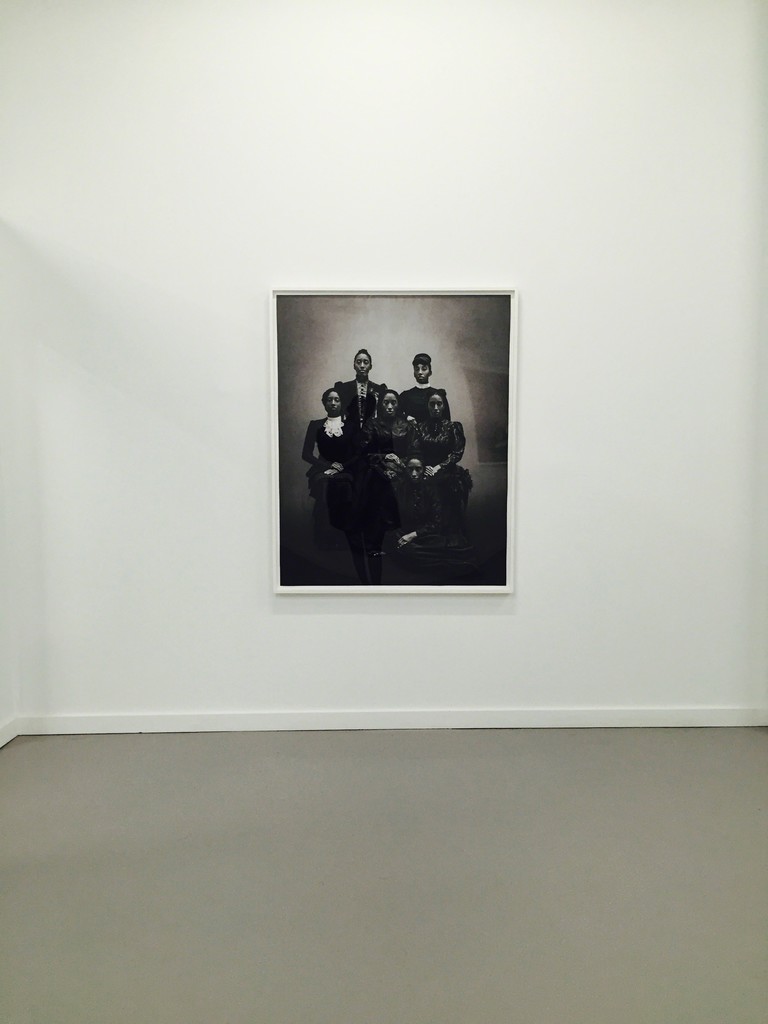 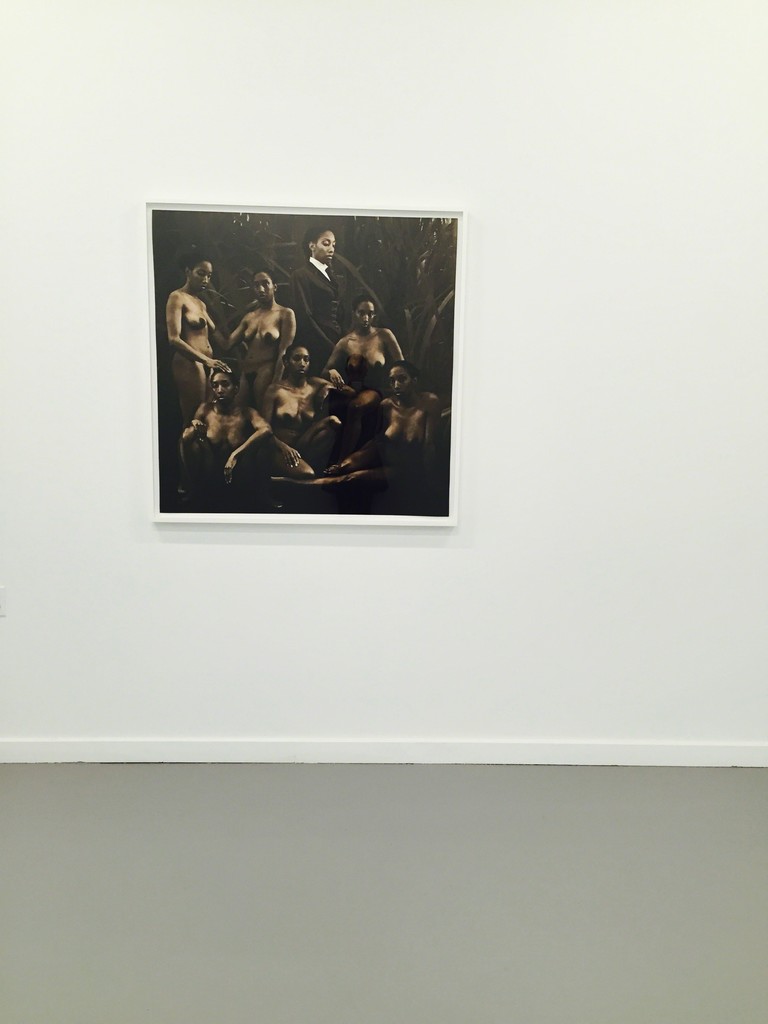 Mariane Ibrahim Gallery is very pleased to announce Archival Impulse an exhibition dedicated to artist Ayana V. Jackson. The exhibition opens on September 17 and will run until October 24, 2015. Inspired by the South African Duggan Cronin photographic archive from the late 19th and early 20th centuries, Archival Impulse re-enacts and confronts the historically, dehumanizing modes of portraying people of African descent. This exhibition will feature
a series of photographs that depicts the intricate ways in which the identities of Africans and African-Americans have been constructed, performed and interpreted. The artist both acknowledges and questions the severe impact of colonial notions of the African “other” and race-based hierarchy by reconstructing these stereotypes in her photographs. Invariably, reliving the history of colonialism and slavery through portraiture may be
discomforting, however censuring continues to alienate black lives. While on the surface Jackson’s photographs appear to simply relay a familiar story, a closer look reveals her subversive intentions.

The individuals in Jackson’s photographs, unlike those in the Duggan Cronin archive, are not intentionally not placed within the background of the photograph. With the “subjects” in the foreground, the viewer is forced to meet them face to face. This technique disallows pleasure unless accompanied by the shared discomfort of the viewer and the subject.

This is particularly true for her nude images. Jackson questions the objectification of the female body not by photographing another woman’s nude body, but by turning the camera on herself and revealing her own. Her limbs and her flesh are the subject and the object, and Jackson is simultaneously the oppressor and the oppressed, embodying the lived experience of both Sarah Baartman and her abusers. This double consciousness lens applied to the construction and negotiation of identity is central to Jackson’s work. As she states, “it is that awareness of otherness that we share.”

Jackson titles her images with just a case number, as if they were catalogued specimens that will return to their proper location, safely tucked away in a drawer, in a room, in a basement of an anthropology museum. The practice of labeling images with neither the identity of the photographer and/or the subject listed was common photographic practice during the 19th century. The 19th century white photographer would assign the identity of his black subject a number, thus making the black subject the recipient of the outcome of white agency: anonymity. The white photographer however, chooses to remain anonymous. In choosing to remain anonymous he consolidates his power as the arbiter of his own identity and those of his subjects. Jackson’s use of this technique is a stark reminder of the power dynamics bound up in identity construction for Africans and African-Americans. The outcome for a people who chooses to be anonymous is very different than the lived reality of people whose anonymity has been put upon them.

About
Based between Johannesburg, New York and Paris, Ayana V. Jackson has exhibited her work in institutions as Museum of Contemporary African Diaspora Art (MoCADA), USA, and the Philadelphia African American Museum (USA). Her public art exhibitions include The Space Between Us, in association with Ifa Gallery (Berlin/Stuttgart), and Round 32 of Project Row Houses in Houston's 3rd ward (USA).

In 2014 Jackson was the recipient of the New York Foundation for the Arts (NYFA) Fellowship for Photography, and has received grants from the Marguerite Casey Foundation, the Inter America Foundation, the US State Department, and the French Institute, the latter supporting her participation in the 2009 Bamako African Photography Biennial.
Her photography has been featured in various publications including in thhe academic journals n.paradoxa and Souls: A Critical Journal of Black Politics, Culture, and Society. (Columbia University), Transition Magazine (Harvard University). Additionally she has been highlighted in notable art magazines such as Art South Africa, Art + Auction, Camera Austria, Afrique in Visu, Proximo Futuro/Next Future (Gulbenkian Foundation) the Netherlands based ZAM magazine.