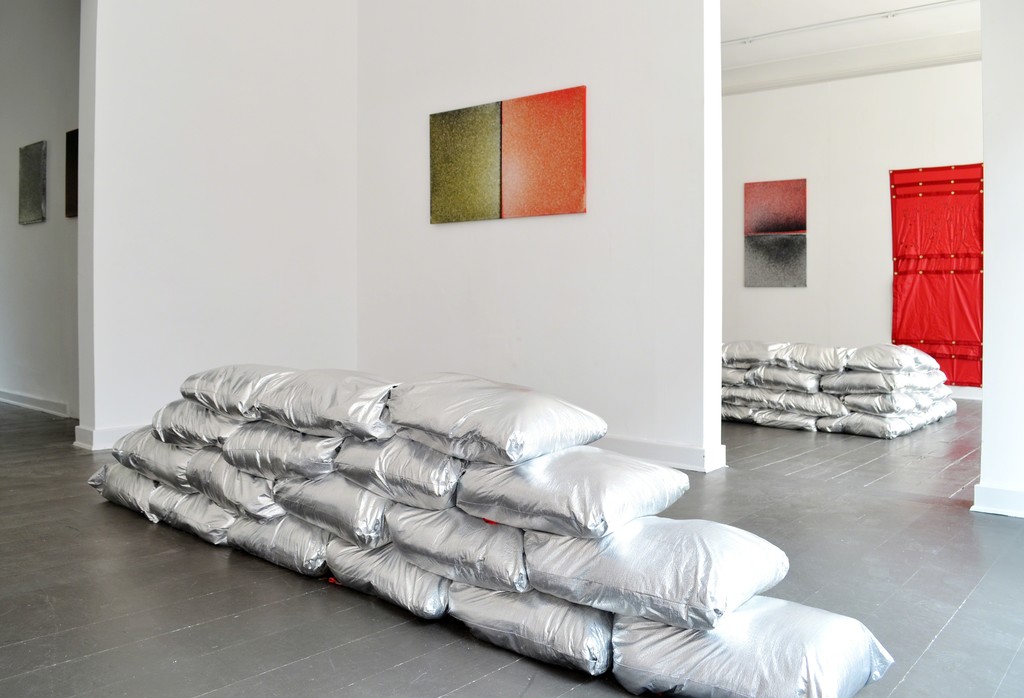 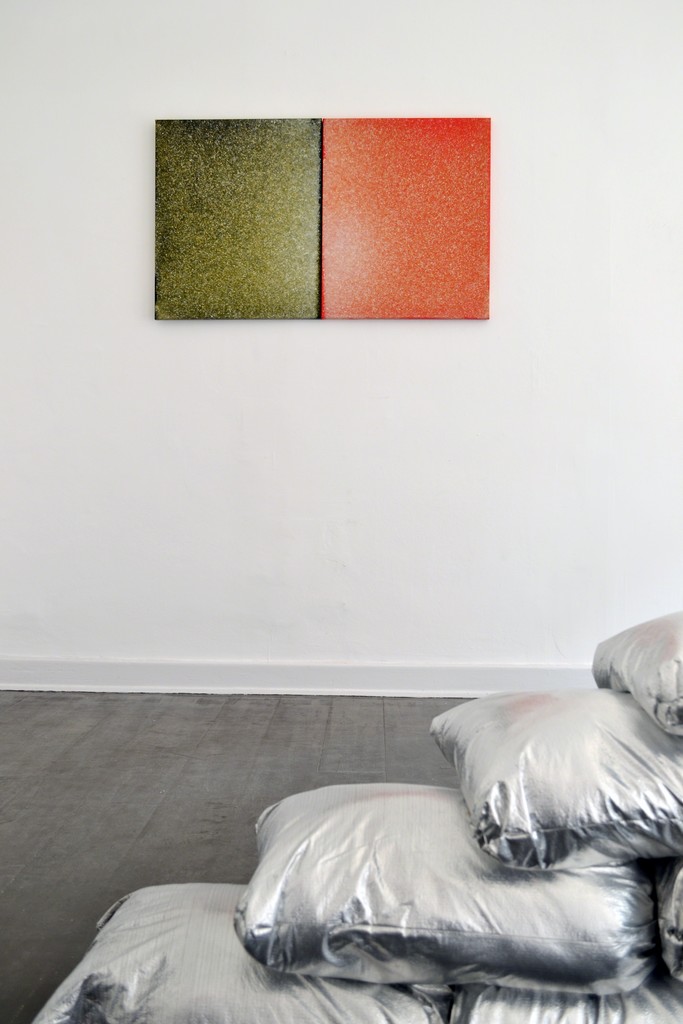 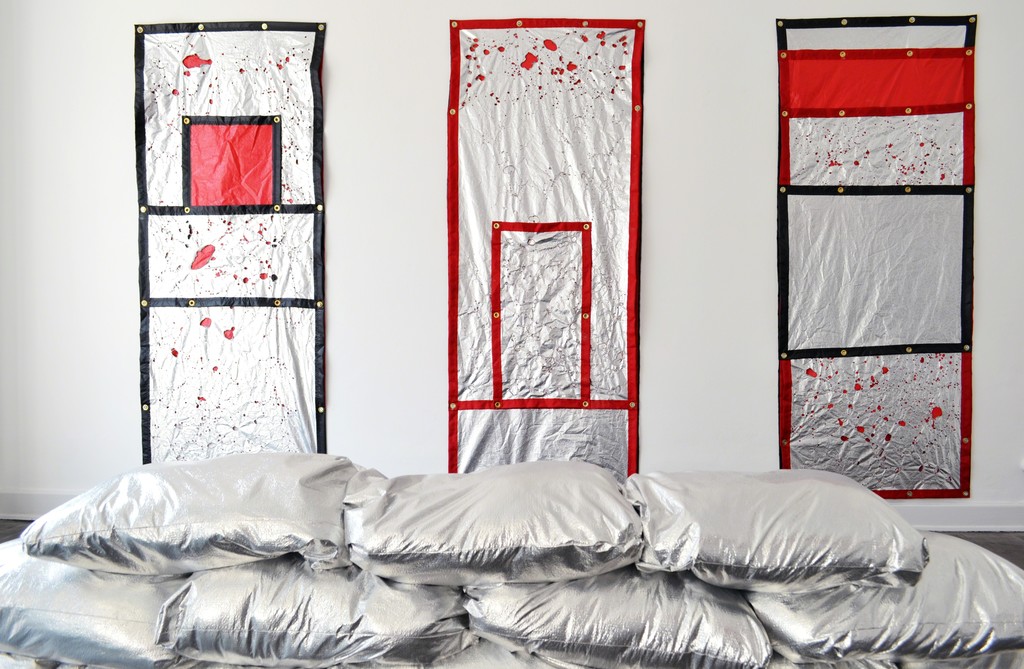 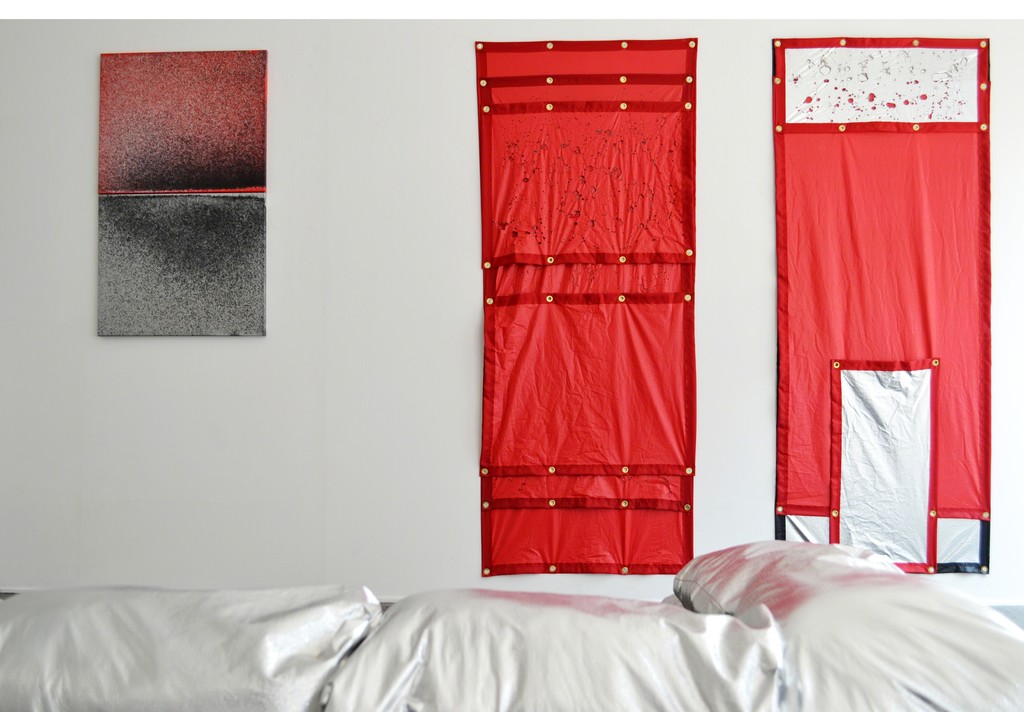 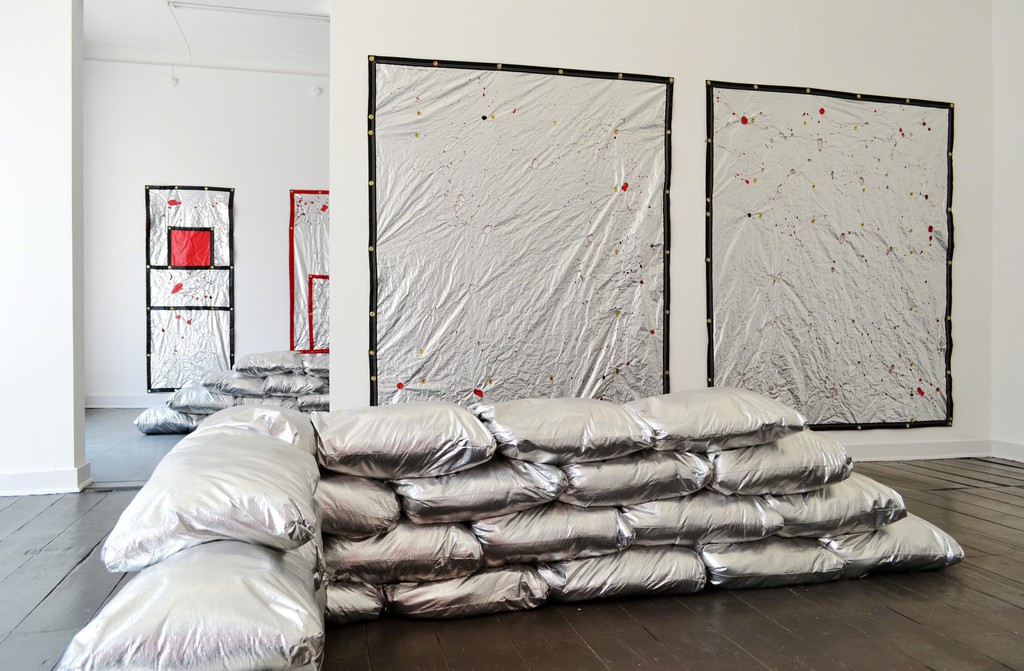 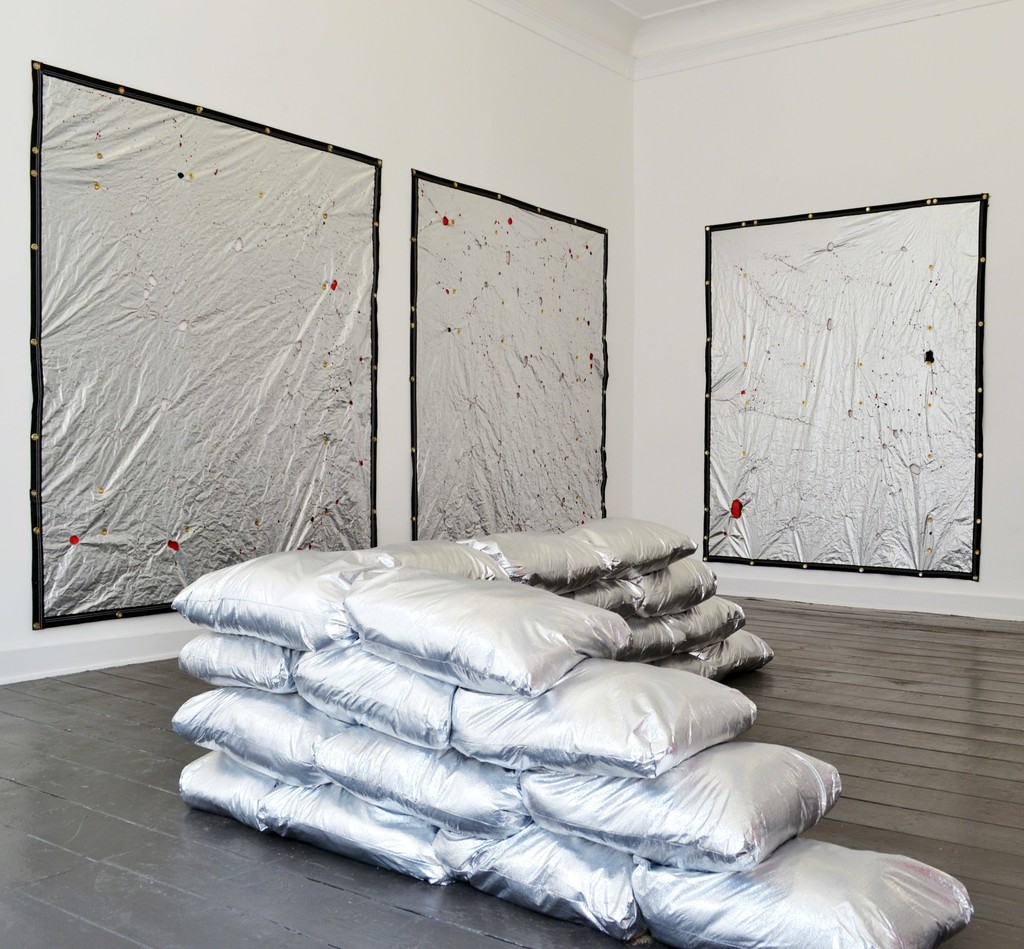 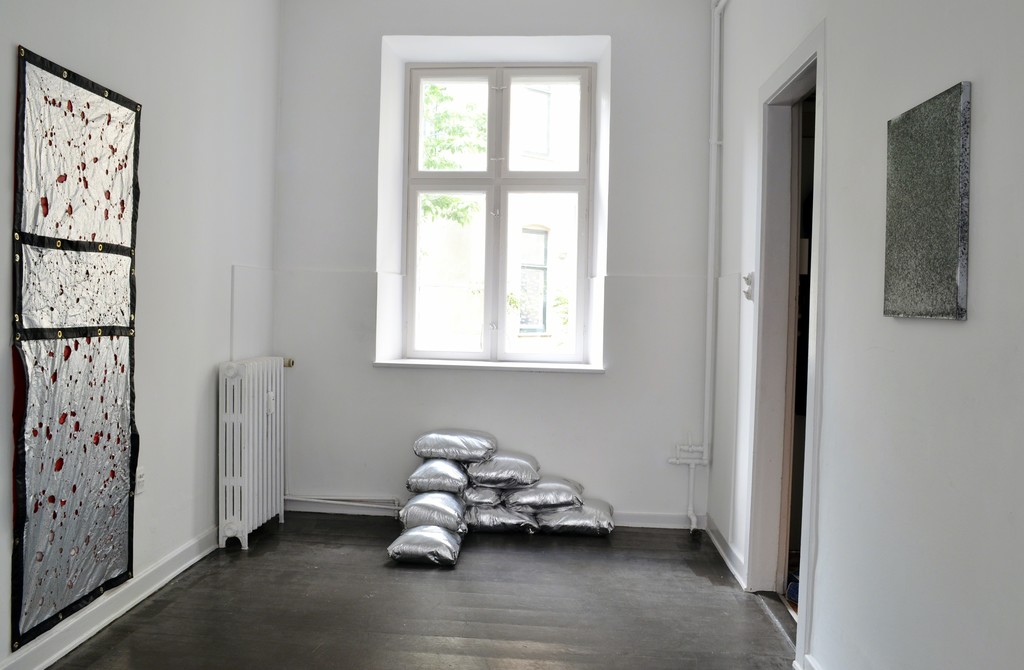 John Knuth is known for working with a variety of unconventional materials including flies, snakes, smoke flares, sugar, and sandbags. His work often fuses ideas of survivalism with the language of minimalism.
The wall pieces for Sheath/Shroud utilize the technology of the original superinsulating materials developed for the NASA space program. Cut to the dimensions of the artist's body, they can be read as mirrors or –self-portraits. The works’ surfaces are perforated by a haphazard pattern of melted holes, giving the impression that they have endured some unknown explosive force.

Constructed from sandbags made of highly reflective thermal blankets, Knuth’s floor sculptures resemble half-built walls or breakwaters. With elegant simplicity, these sculptures reference both hope and disaster – rudimentary shelters, or perhaps bulwarks against impending destruction. In their half-finished state, they are caught between constructing the future and collapsing under the weight of the past. They are suspended in a state of ambiguous entropy.
In addition, Knuth will show a brand new series of his fly paintings, another excellent sample of his exploration of the physical quality and poetic meaning of materials. In these paintings, Knuth feeds a careful mixture of sugar and acrylic paint to thousands of houseflies for them to digest and regurgitate onto the canvas over a course of time. The resulting paintings are a record of this process, dense layers of chromatic fields sweeping across a surface produced by millions of small dots of flyspeck markings on the surface of the canvas.

Knuth received his MFA from the University of Southern California and a BFA from the University of Minnesota. He has had recent solo exhibitions at Brand New Gallery (Milan, Italy), The Armory Center for the Arts (Los Angeles, CA), 5 Car Garage (Santa Monica, CA), Andrew Rafacz Gallery (Chicago, IL), and David B. Smith Gallery (Denver, CO). His work has been in numerous group shows and featured in Frieze, Flash Art, Los Angeles Times, The New York Times T Magazine, and Hyperallergic. Knuth lives and works in Los Angeles, California.