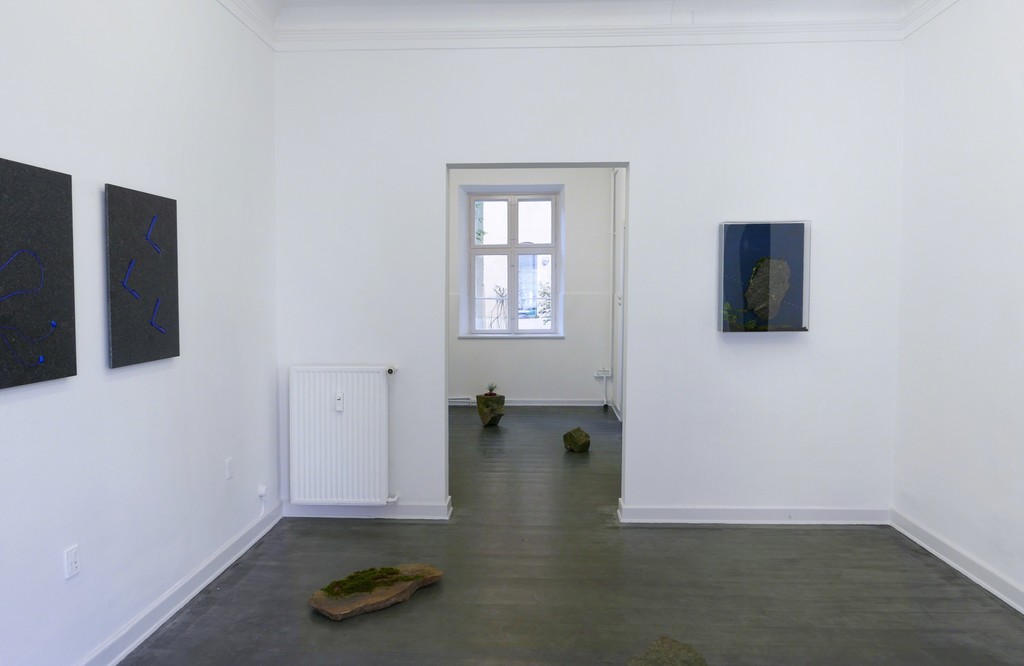 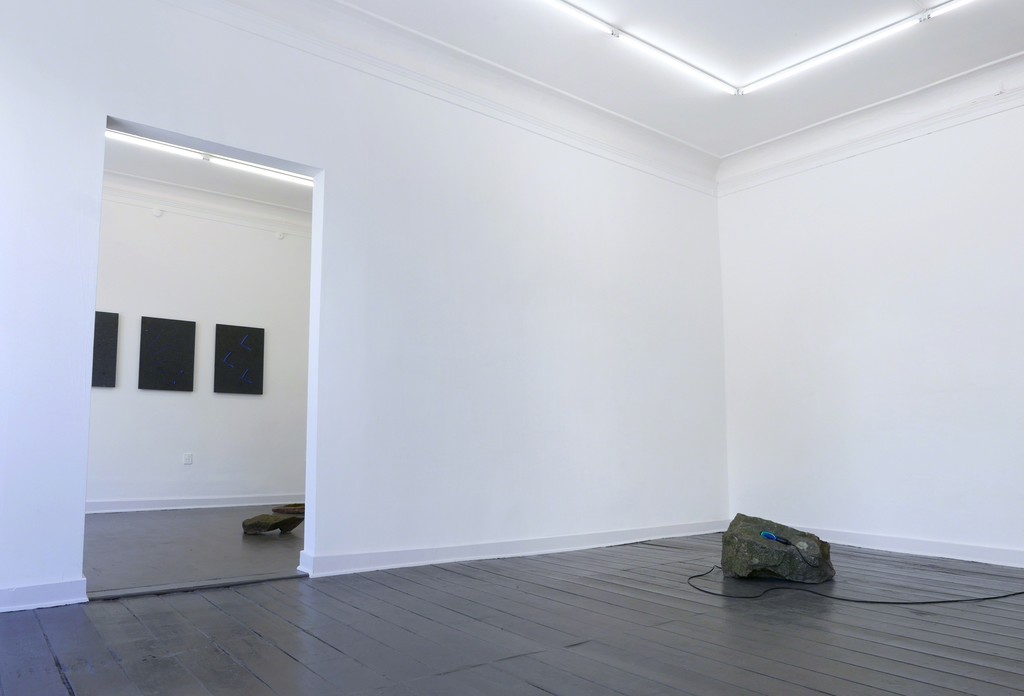 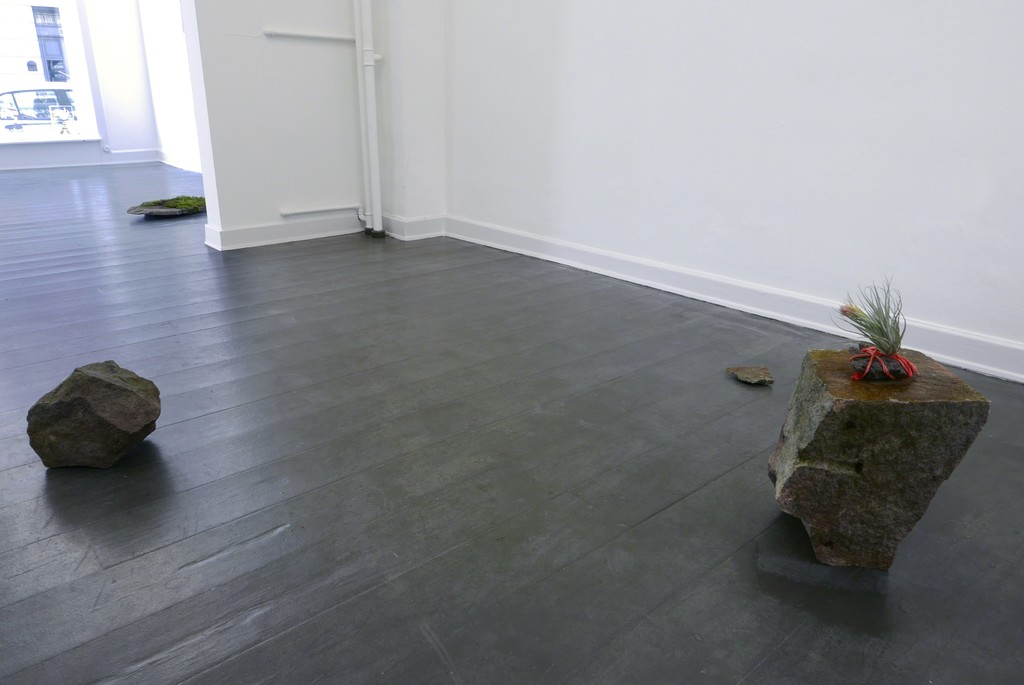 It is with great pleasure that Marie Kirkegaard welcomes you to Silas Inoue’s second solo exhibition in the gallery, New Works for Extraterrestrials.

If some extraterrestrial beings would look at the exhibition, they would discover that the works mainly consists of granite. According to a newer theory* proposed by a group of renowned geologists and geochemists, granite plays a fundamental role in the origin of life on earth. Billions of years ago the earth was covered with water, and the ocean floor, which consist of basalt rocks, constantly sank into itself in a continuous melting process. In this ungrateful soup, living organism’s started to create oxygen by the means of photosynthesis. The oxygen caused the basalt to decompose, and slowly turn into the much harder and stabile rock type “granite” which laid itself on top of the basalt and thus created the continents. According to this theory granite is the oldest material on earth created by the means of living organisms. It also explains why granite hasn’t yet been discovered on any other planets. Perhaps this ancient material has a profound historical value if presented for extraterrestrial beings, as granite allegedly is the very foundation for land-life on earth.

Various consumer products dwell within the granite works like fossils of our time. These consumer products properly have a completely different significance for beings that are not from the Earth. Perhaps extraterrestrial beings would consider their functionality and cultural meaning less important than the objects molecular construction, or their mere appearance. The objects are mainly made of plastic, which are made of remains of organisms, such as plankton, in a decomposing process that happened millions of years ago. Like granite, plastic appears in immensely large quantities on earth – from any human household, to gigantic plastic islands in the oceans.

Silas Inoue’s New Works for Extraterrestrials thus bare the trace of life on earth, from the first material to be created by the means of living organisms billion of years ago, to the present where man made objects inhabit the Earth. The granite works are accompanied by a series of small eco systems build to hang on the wall like a sort of living painting. Each living painting contains different species of praying mantis that with their special characteristics fits well into the hyper exotic realm, of art production for extraterrestrials.

Through the exhibition Inoue tries to introduce a way of seeing objects distinguished from their most obvious cultural meaning and value. At the same time the exhibition serves as cultural promotion of materials that are represented in large quantities on earth, in a proposal to outer space, for a peaceful and enriching exchange of ideas and materials.

The rise of continents—An essay on the geologic consequences of photosynthesis - M. Rosing ; D.K. Bird ; N.H. Sleep ; W. Glassley ; F. Albarède. Palaeogeography, Palaeoclimatology, Palaeoecology 2006, Issue 232, page 99-113
Silas Inoue (1981) currently lives and works in Copenhagen. He is a graduate MA, from The Royal Danish Academy of Fine Arts, and has most recently been on an artist-in-residency program at Shiro Oni, with a solo exhibition at Onishi Civic Center in Japan.