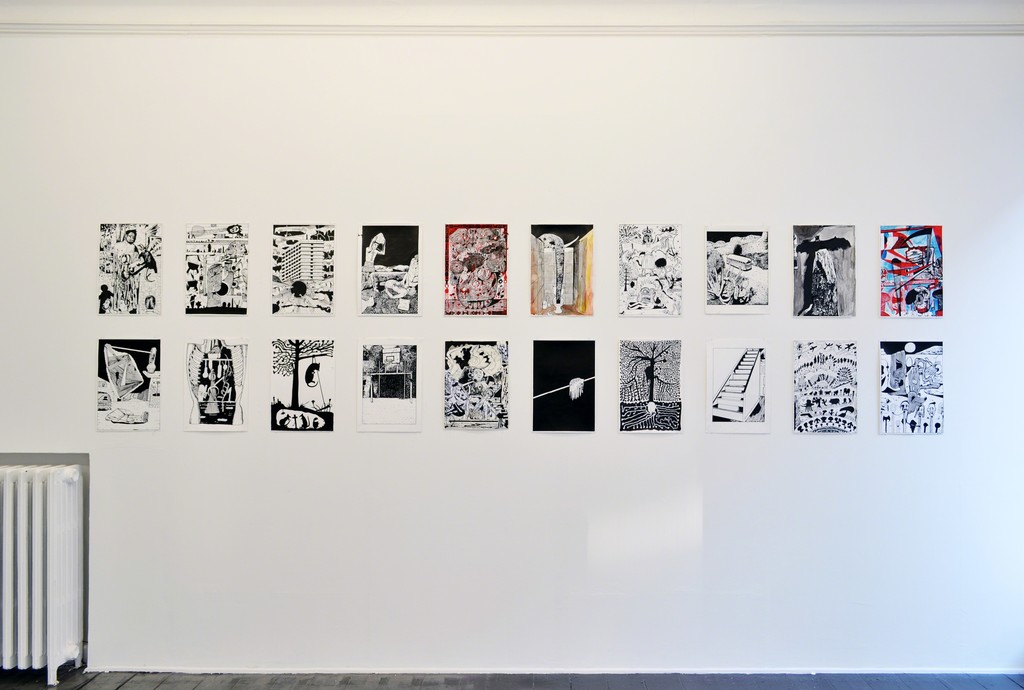 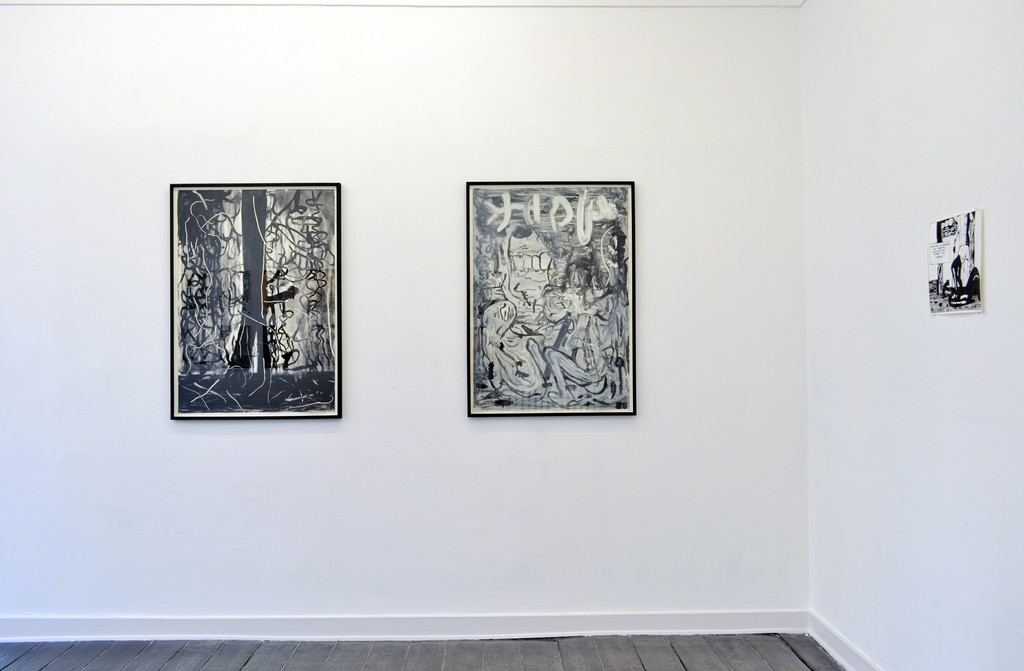 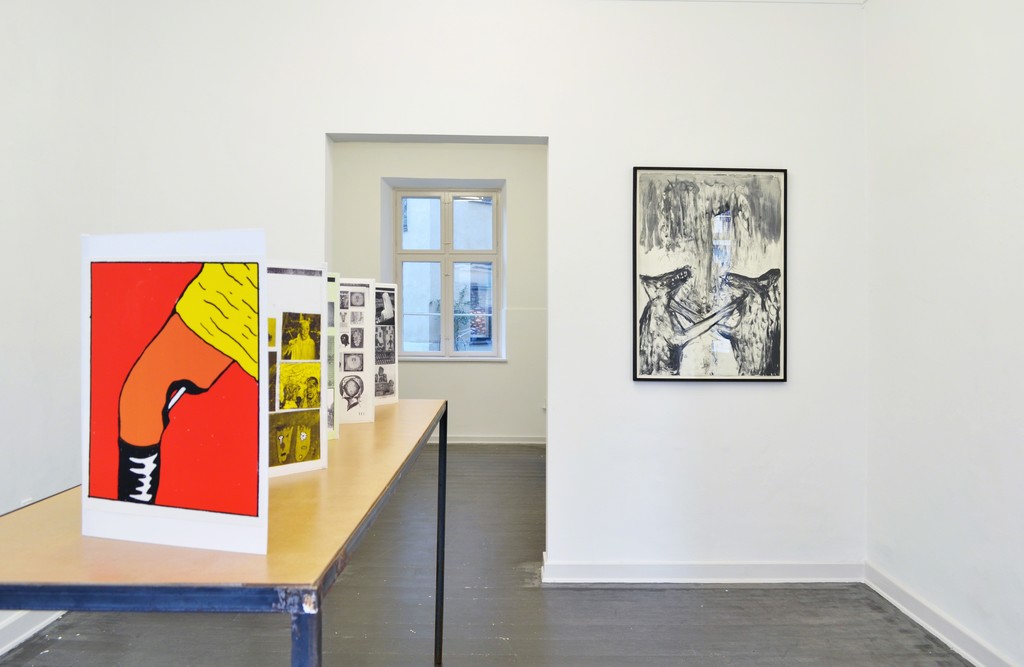 ”It has happened that I have overplayed my role as a man, that I have expressed a passion about things that I’ve really not felt for, Aston Martin, Pin-Up girls from the Pirelli Calendar or Michel Platini’s free-kick. (…) I also feel an ability to overplay my role as a human being (I’ll probably do it if I one day am faced with an extra-terrestrial audience)”.

Marie Kirkegaard Gallery is pleased to present Human, a new solo exhibition by Zven Balslev. This is Balslev’s second solo show at the gallery, and presents a range of new graphic works, including drawings, monotypes and silkscreen prints.

In his new series of ink drawings, Balslev presents a large range of images going from the imaginative to social realism, from the burlesque to the macabre, from narrative to abstract, with many references to popular culture as well as to the history of art and religion, served in Balslev’s incomparible drawing style.

A silk screen printed unique Leporello in the exhibition lay bare a collage of clippings and raw material of what Balslev has used before as stock base for drawings or other collages; a vortex, in other words of “used” images, again with references to everything, from the divine to the lavatorial. In addition, Balslev will also present a series of monotypes created in collaboration with Schäfer Grafisk Værksted.

Zven Balslev graduated from The Royal Danish Academy of Fine Arts in 2006. He has since then actively exhibited nationally as well as internationally, and he is among else represented at The Royal Collection of Graphic Art at The National Gallery of Denmark.

Zven Balslev, who has focused his artistic practice on drawing and graphic art, has developed over time a characteristic and unique style. Underground comics, psychedelic horror and surreal motifs serve as the first spark of inspiration, where the use of black and white enhances his original graphic pictorial universe. He has produced a wide variety of graphic publications, which he transforms to art publications, books, fanzines, vinyl records and posters. His work is risky, surprising and goes beyond the predetermined. Between 1998 and 2010 Balslev was behind Smittekilde Publishing, and today he runs Cult Pump Publishing.