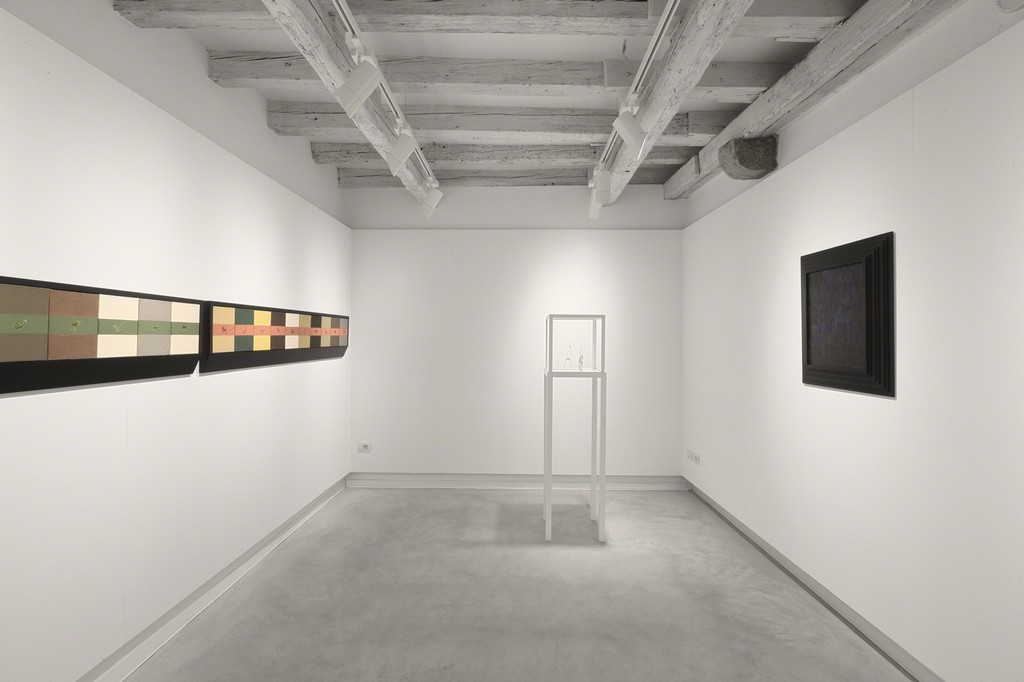 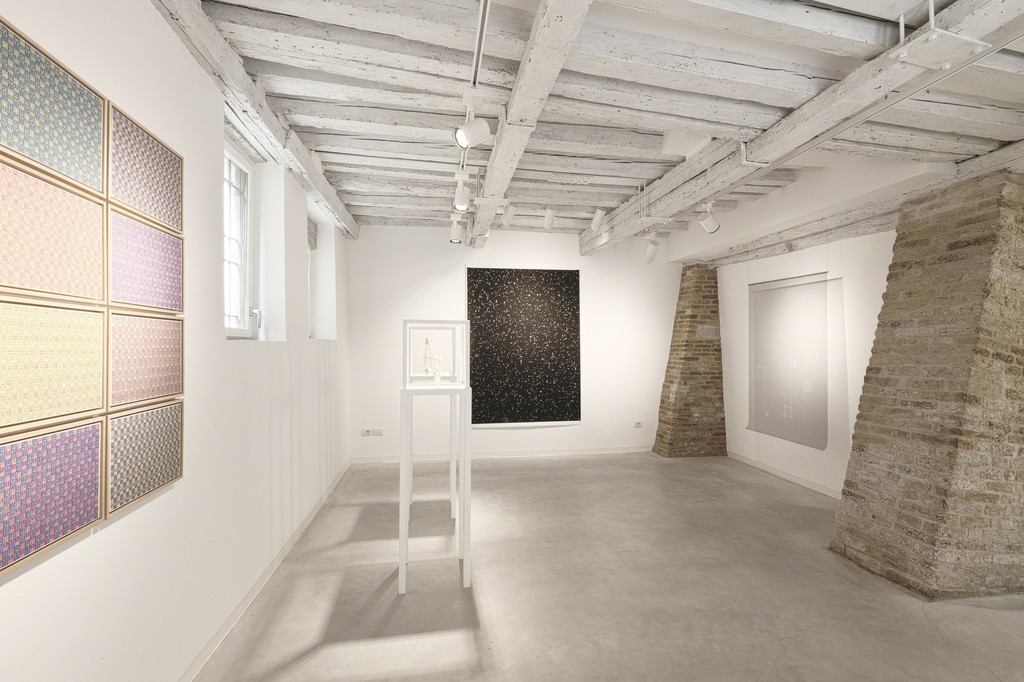 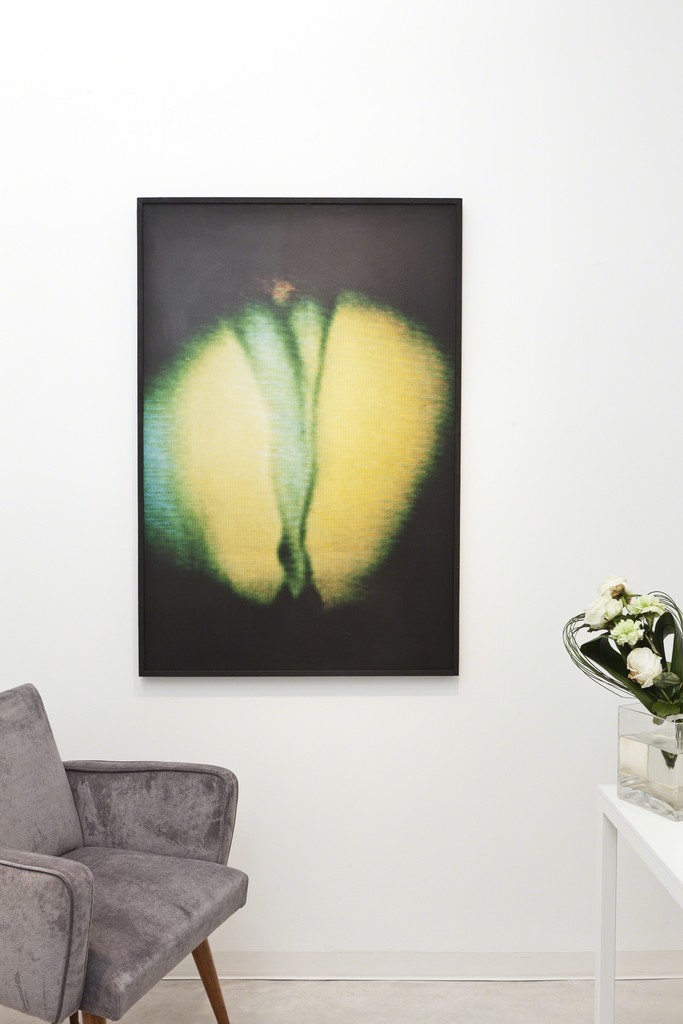 With a feeling for paradox this one-man show is called a group show because it groups works by the same
artist done in different periods.
The apparent unrelatedness of the works conceals a deep-rooted element of continuity in conception and a
shared esthetic tension.
Above all the relationship with form becomes relevant beginning with the use of line, the straight line and a
recurrent modularity, but this orthogonality is steeped in emotional values.
This is what happens in the two Herbivores and Carnivores paintings (1991): the animals are shown as in
a parade, equidistant, while the background – a crossing of orthogonal partitions – creates a visual rhythm
under the sway of the consummate chromatic harmony. In the outer areas the color reflects the subject’s skin
tones while the two horizontal stripes delimit the division in two groups. Herbivores and Carnivores features
a light and delicate conceptual play that benefits by a solid segmentation of space and a calculated color
attribution. Whereas the straight line gives the sense of a mechanical, impersonal sign, Aldo Grazzi often
appeals to dexterity when he is doing, either painting or processing a specific material.
In the sequence Colors of the Aliens (1993) the serialized proliferation of tiny square creatures is achieved
through a slow, accurate painterly exercise producing a delicately handled micro brushstroke. This regularity
verges on an Op Art effect where the eye goes astray. Craftsmanship resurfaces where you might not expect
to find it.
The two series Frame and Contacts (2001) offer a play of transparencies in an atmosphere where the artist’s
sensibility grapples with computer-produced schematizations. Here Grazzi adopts a modality belonging to
the tradition of sculpture, proceeding by subtraction from the form, that is, removing and giving meaning to
the void, to absence. The choice of gray emphasizes the fact that giving up color contributes to the clarity of
the sculptural structure. Notice how the objects in the foreground are often referable to a sense of vitality and
a geometrically revisited organic dimension, either for the small aliens or the still amorphous clots.
In fact Argonaut (2005) presents aliens’ tiny heads, fragments of small vital expressions striving to take
shape, all being redefined in the light of a geometrizing force. A vast polycentric cosmology surrounds this
seething diversity, offering it to an exploratory eye.
The more recent works (2012), placed in three cases, show a completely liberated manual dimension, fully
endorsing the sculpture tendency we already mentioned. Once again vitalistic presences surface in the
foreground, now appearing linked to a vegetal world, whereas the straight line yields to curvilinear courses.
The prevailing mood of these small sculptures is weightlessness, tiny collisions of solid and void, order and
disorder, precariousness and solidity. These are forms that call to mind, as in a reverberation, some of the
most inspired Italian 20th-century sculptures, ever preserving a light, fragile sense of disenchantment.