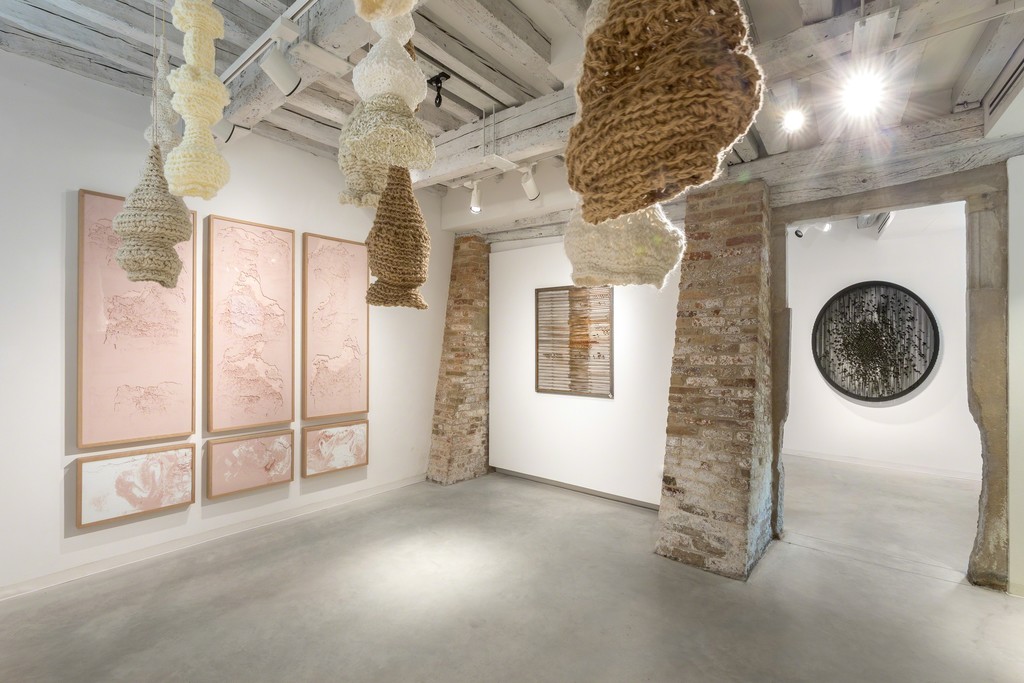 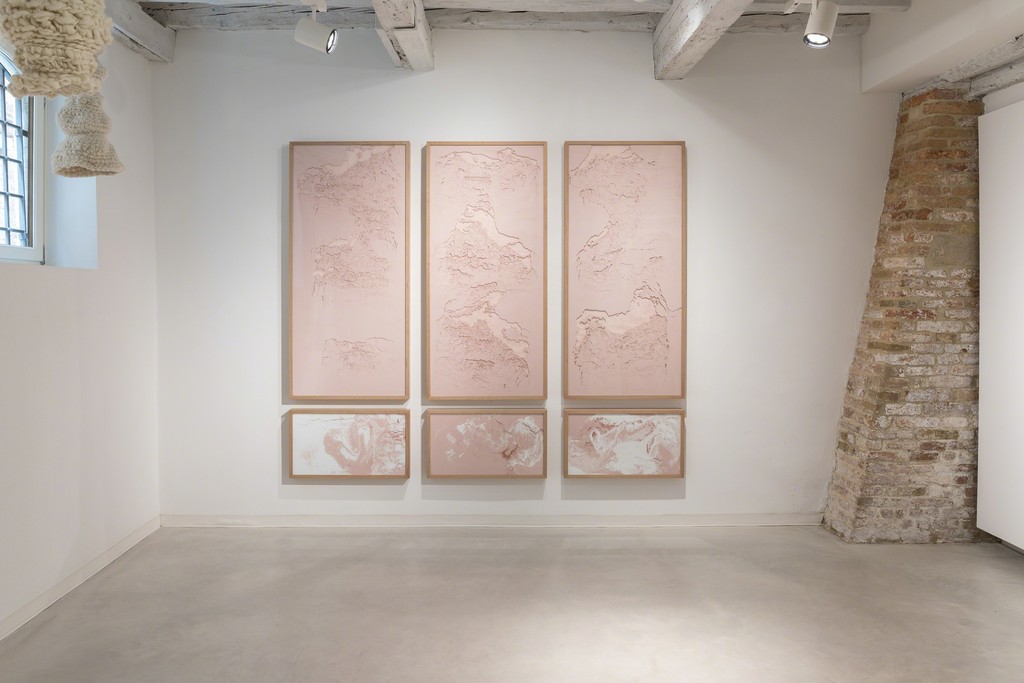 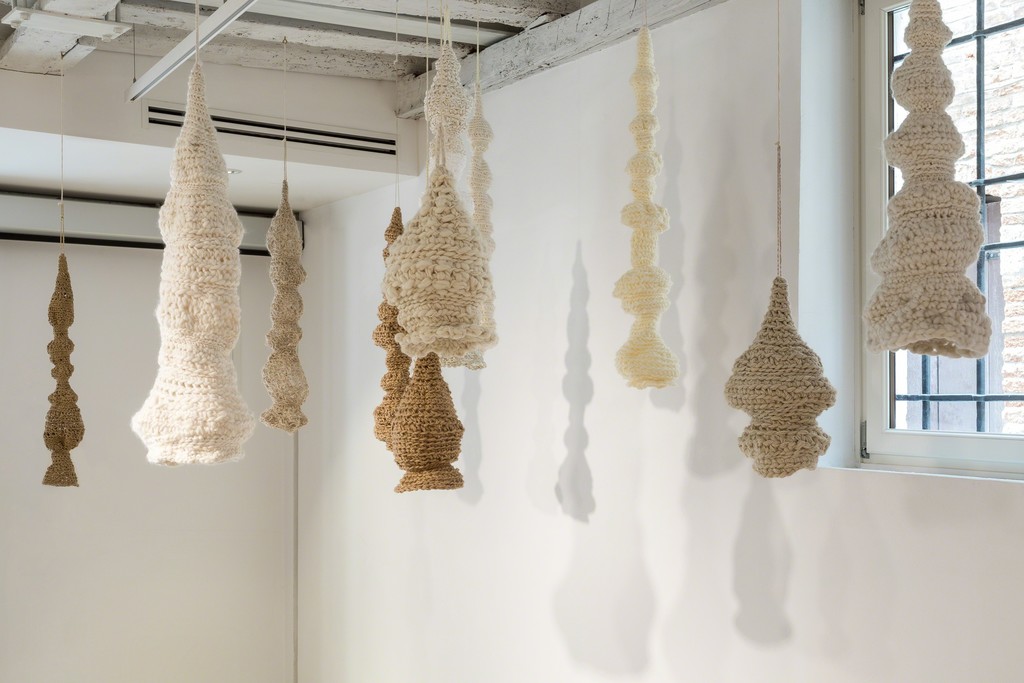 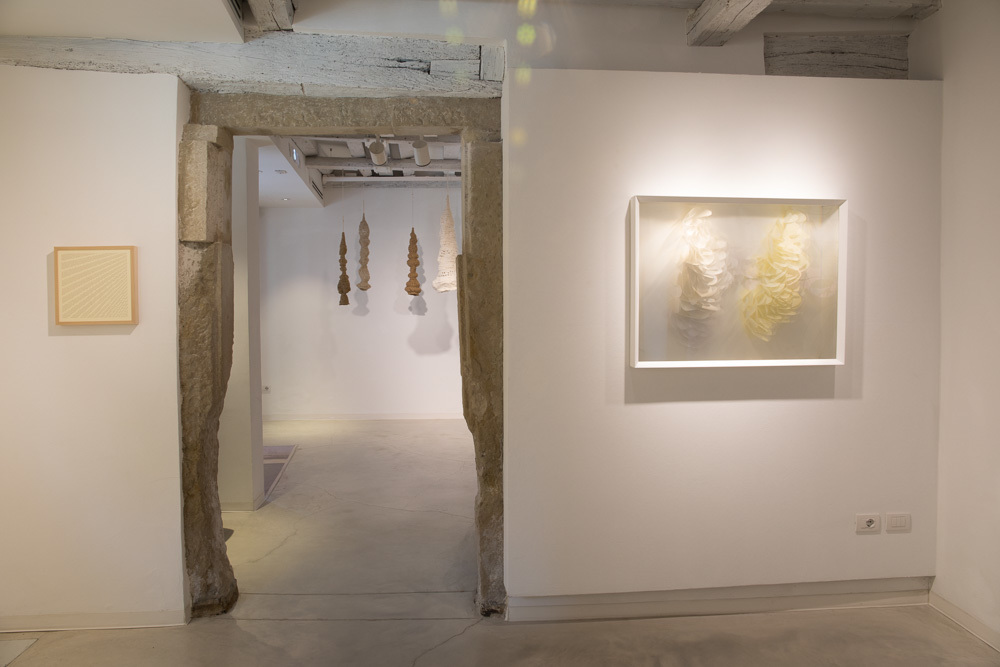 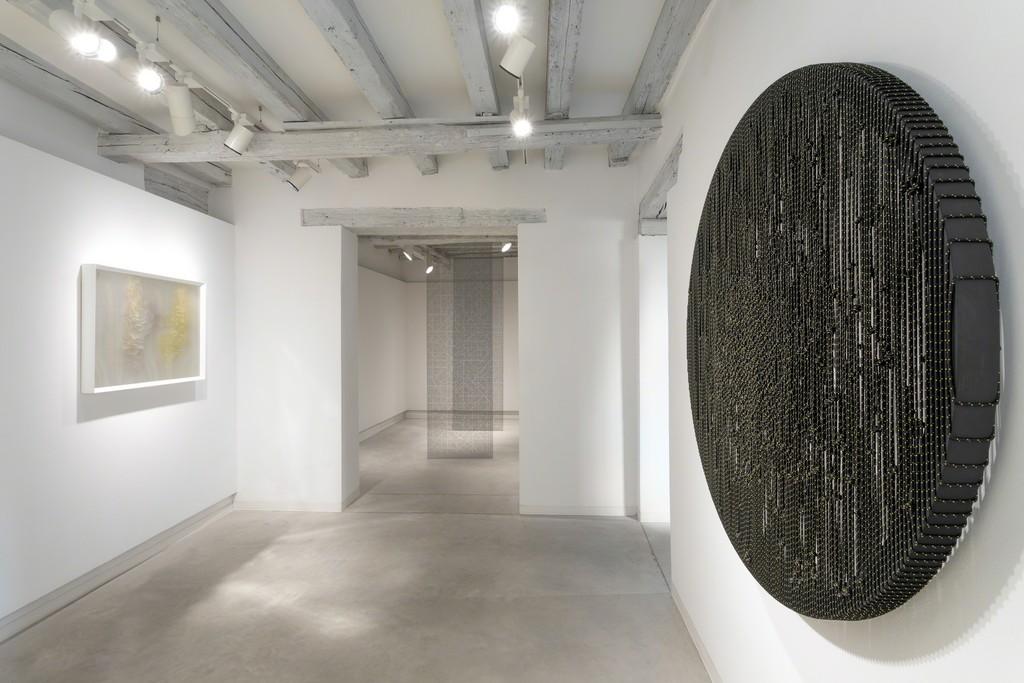 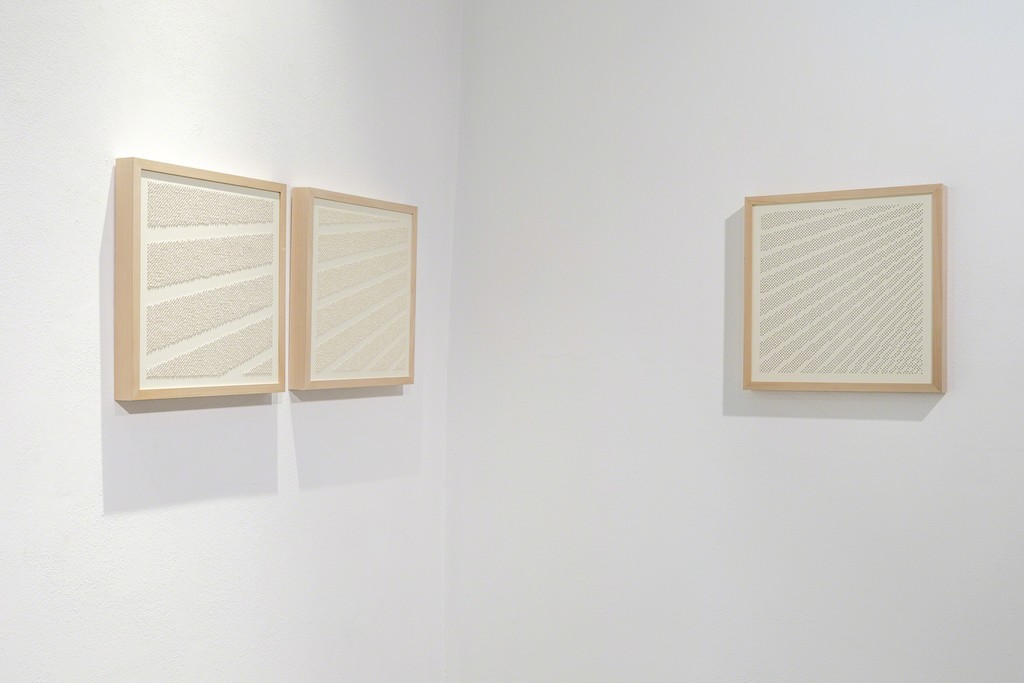 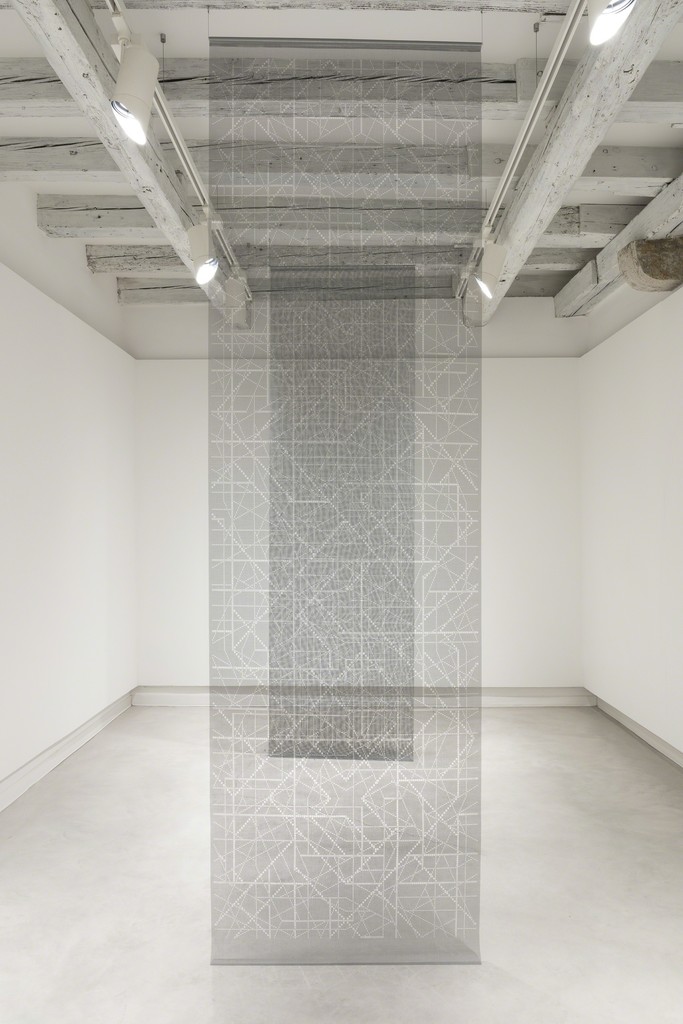 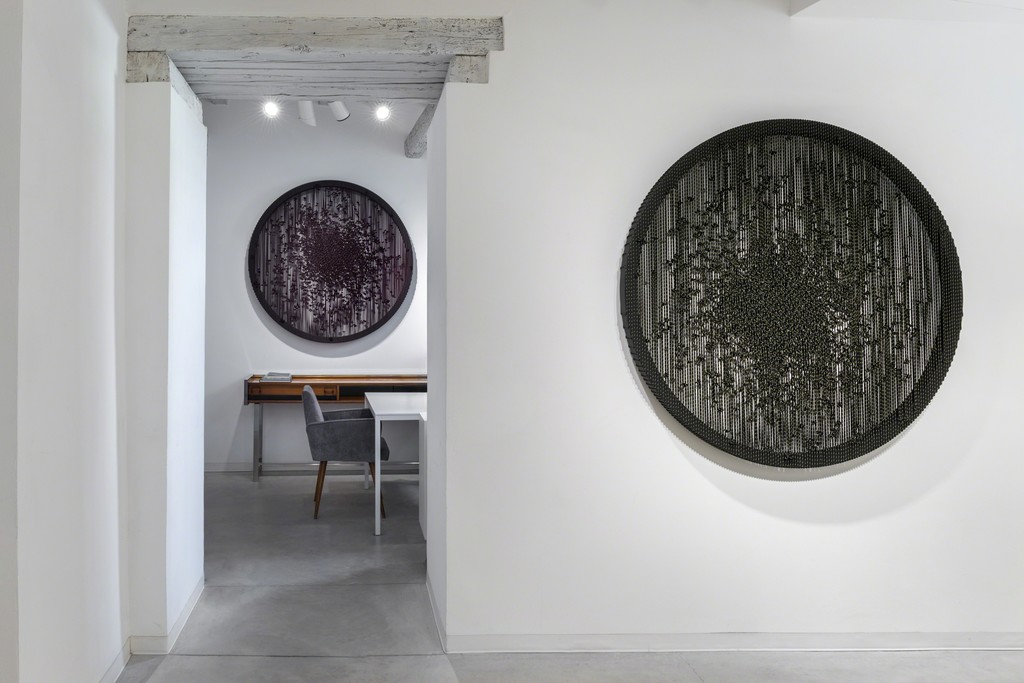 "The hidden dimension" is the title of the book written by the American anthropologist Edward T. Hall from which proxemics originated in 1963: a discipline studying the meaning of distance, of the organisation and the spatial relations of man, meant both as an individual in relation to others and the things that surround him, be it among various social groups, viewed both in historical and cultural terms. A fundamental discipline which sets out to explain how we are influenced and influence our own lives on the basis of how distant we are from one another: from what is known, from what we love and respect, but also from what we do not know, do not comprehend, what we fear, perhaps because it is far from us physically and therefore also sensitively and emotionally.
A fascinating concept, and one which Hall set out to apply also with regard to 20th-century visual arts with regard to the issue of the perception and construction of space, and which more broadly he exploited to analyse and improve – through a description of the effects caused by different distances – the conformation of the living environment, of architecture and of cities.
A discipline which today appears to be extremely contemporary and poignant, in an age characterised by migrations, virtual relations, enhanced reality, greatly reduced distances, existential uncertainties, digital anaesthesia or cabled emotions. These are themes that contemporary art deals with constantly, reflecting on the role of the work in its processuality and relationship with both the onlooker and the space in which it is positioned.

On these premises, Marignana Arte has entrusted Clarissa Tempestini and Ilaria Bignotti with the task of curating a two-stage exhibition project, of which the first appointment will be in February 2017 with a selection of six artists – Vanessa Safavi, Tyra Tingleff, CCH, Laura Renna, Francesco Candeloro and Enrico Boccioletti – curated by Clarissa Tempestini, only to return with a second phase curated by Ilaria Bignotti featuring Paola Anziché, Maurizio Donzelli, Arthur Duff, Aldo Grazzi, Sophie Ko, Verónica Vàzquez, opening in May 2017 to coincide with the opening of the Venice Biennale.

Through the curatorial choices, the works on view address the spaces determined by their presence and interaction, the peculiar distances not only between them but also between the materials and their consistency, emergence, ephemerality or persistence, their shape and size, as well as the reactions of visitors, called upon to be activators of visible situations and to change experiences on the basis of their own feeling and being in the space.
According to Hall, there are escape distances, critical distances, intimate, personal, social and public distances, which also vary on the basis of our culture, our history, our experience and our geography of life. They are those ‘hidden’ dimensions, albeit perfectly perceivable through our senses and sentiments, on the basis of which we manage our relationships with others.
In our Vital or Proxemic Space, and its representation could be that of a soap bubble enveloping us, any violation leads to a rise in our state of tension: a pleasant tension if the person moving towards us is recognised and desired; a negative tension if instead the person who draws near to us, overstepping this invisible confine, is not desired or – even worse – feared and rejected.

What happens if we apply these lines of study to contemporary art? What relationships, exchanges, dialogues, affinities and even conflicts arise from among the works and the viewers in the gallery space?

These questions will be addressed in the two-stage project held by Marignana Arte, putting together the works and the artists and asking them to compare themselves to one another, also in terms of continuity of the two exhibitions planned, allowing traces of the first stage to ‘invade the space’ the works featured in the second chapter, leading to sudden proxemics and changing the safety distances and the relationships between the works themselves.

However, the concept of proxemics naturally develops other directions of analysis which converge around elements of of the space of Marignana Arte: a strongly connoted place, in which the ancient structure of the venue openly emerges in an intimate relationship with the modernity of the recent restoration work, in a district such as Dorsoduro, characterised by an intense interplay of contemporary visual languages with a remarkable concentration of public and visitors.

At the same time, Marignana Arte is a gallery which brings about highly particular spatial and visual relationships between the works and the spaces, always calling on visitors to adopt a specific position before the visual material on display. On the other hand, the Lagoon City itself is an extraordinary space in which to study proxemics, with its peculiar geographical conformation which determines unique social and cultural relationships.

The show will be accompanied by a catalogue bringing together the two stages of the exhibition.