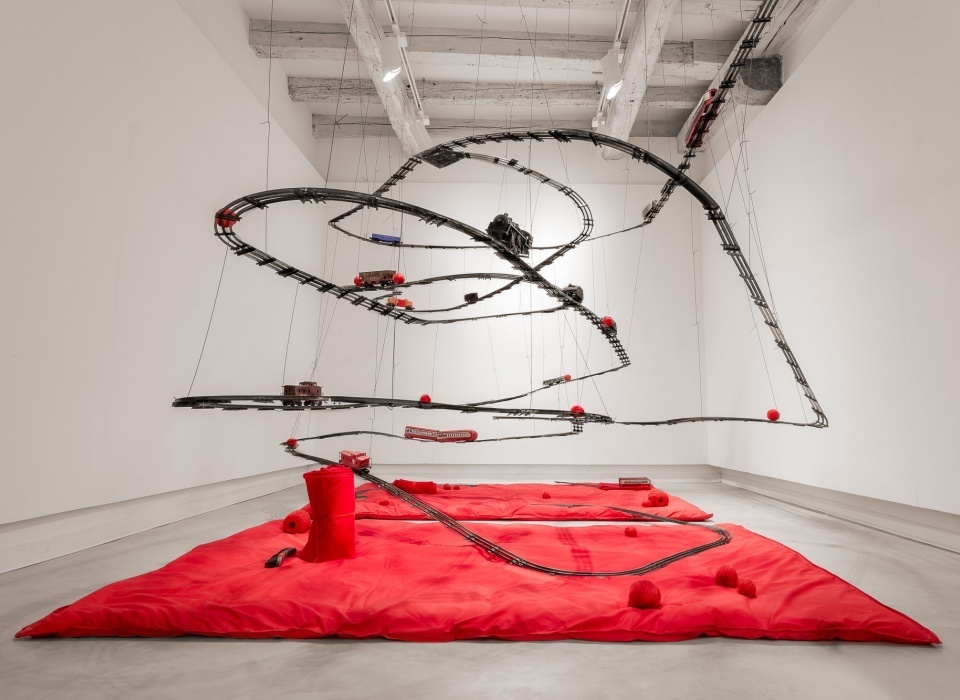 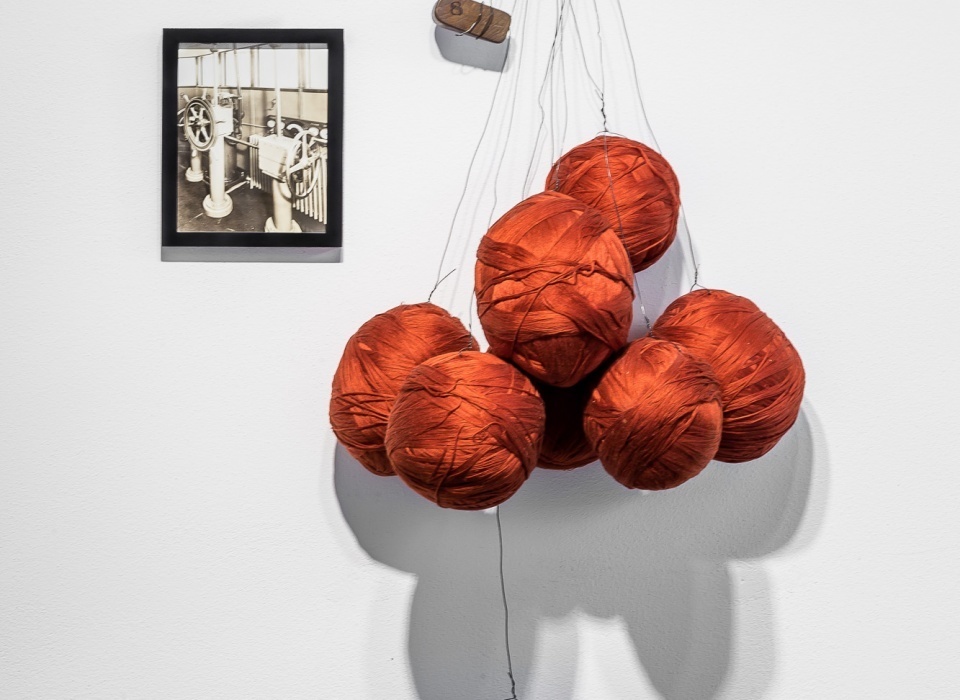 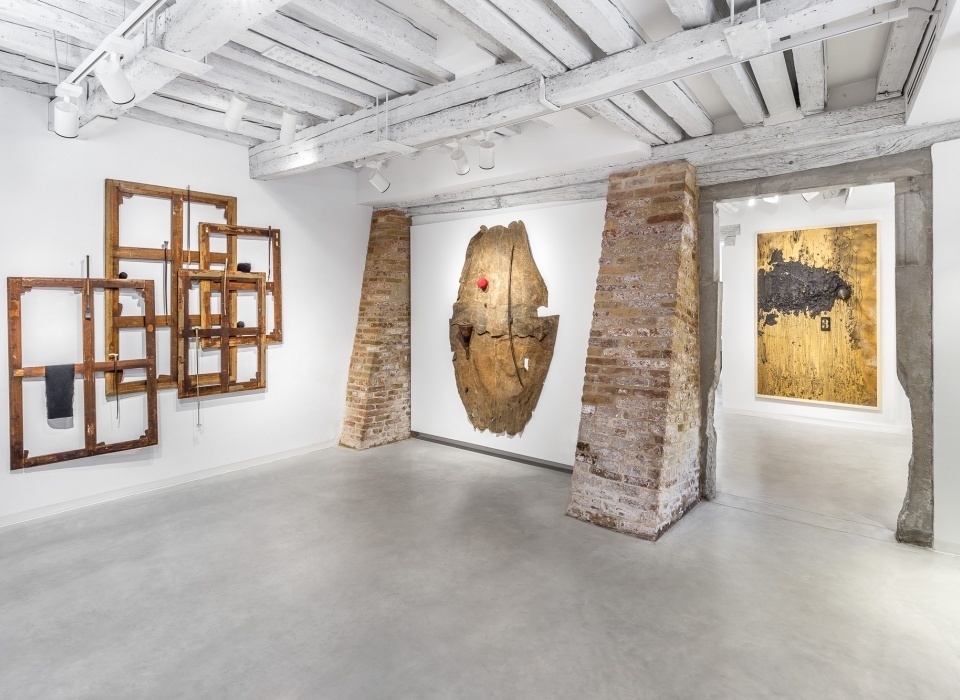 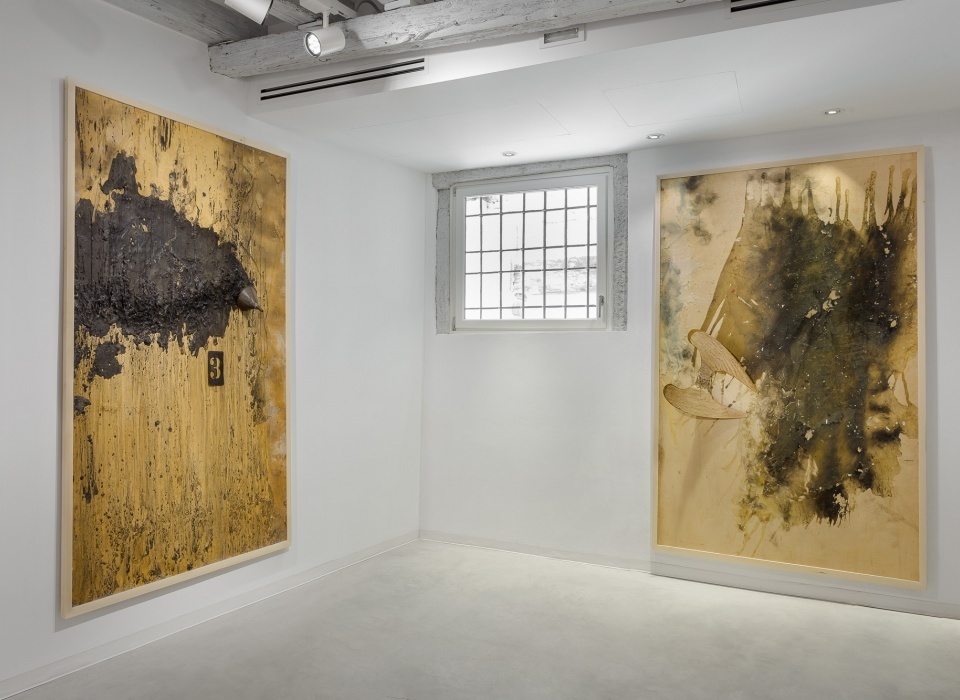 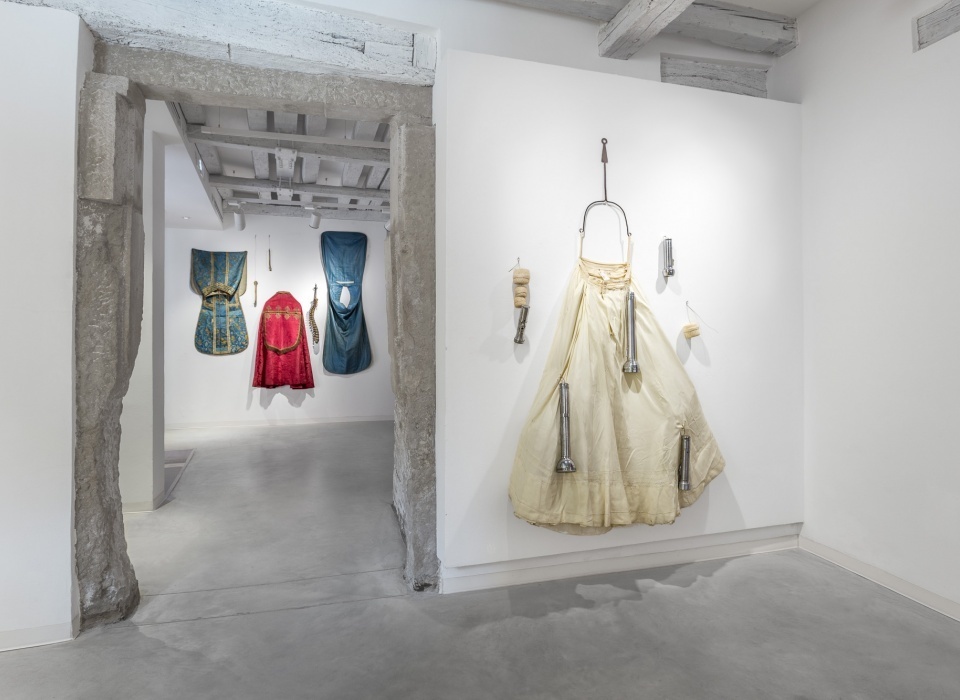 Maurizio Pellegrin has lived in New York for many years now. He is back in Venice, his birthplace, with this
exhibition after a long and busy absence during which he showed his works in museums and private
galleries all over the world.
The exhibition presents an eclectic assortment of works revolving around an installation, an architecture of
rails and toy trains floating in midair, traveling on the tracks of a historic experience, an adventure lasting
over thirty years: after being pictorial it gradually absorbed a broader artistic range, overflowing from the
canvas into space. These works, the author advises us, should be seen in back light, in that zone at the
confines between content, text and context, between description, language and representation, between
poetic idea and corporality. They are excerpts from travel diaries, geographies of someone coming home
who has chosen to disclose some notes that assert his presence and working process: today with this title and
this work Maurizio Pellegrin substantiates a mood. The visual result and future prospect lie in the elaborate
networks produced by the rails of these flying trains, hanging notes and other thoughts and that reach out to
the beholders. The limit, the horizon – actually the essence of the theme – is the challenge to a rationality that
has nothing to do with art and is the point of departure, the stagestation from which Pellegrin’s trains fly.
Everything is still and at the same time each thing travels between the imagination looming over the works,
the protagonist’s mental space and the scattered evidence of the objects. The energies produced by this
ferment in turn call to mind, create and point at other memories, other places.
The rails and toy trains mysteriously levitating, the wires, the faint graffiti on the notes are hints, rising from
the ground they aim upward. Pellegrin recomposes a reality that differs from the way it looks and formulates
another one, returning to the roots, its initial moment.
What stimulates and attracts him is not social or urban reality, but an artistic occasion, the confirmation of
the modes of a constructive process.