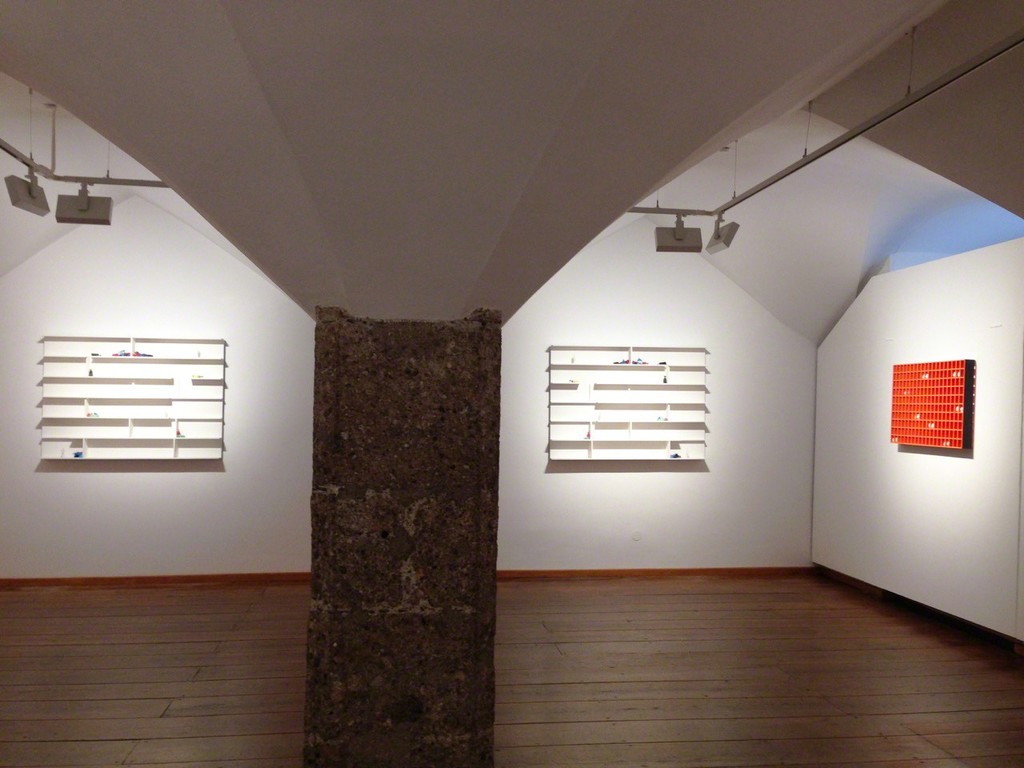 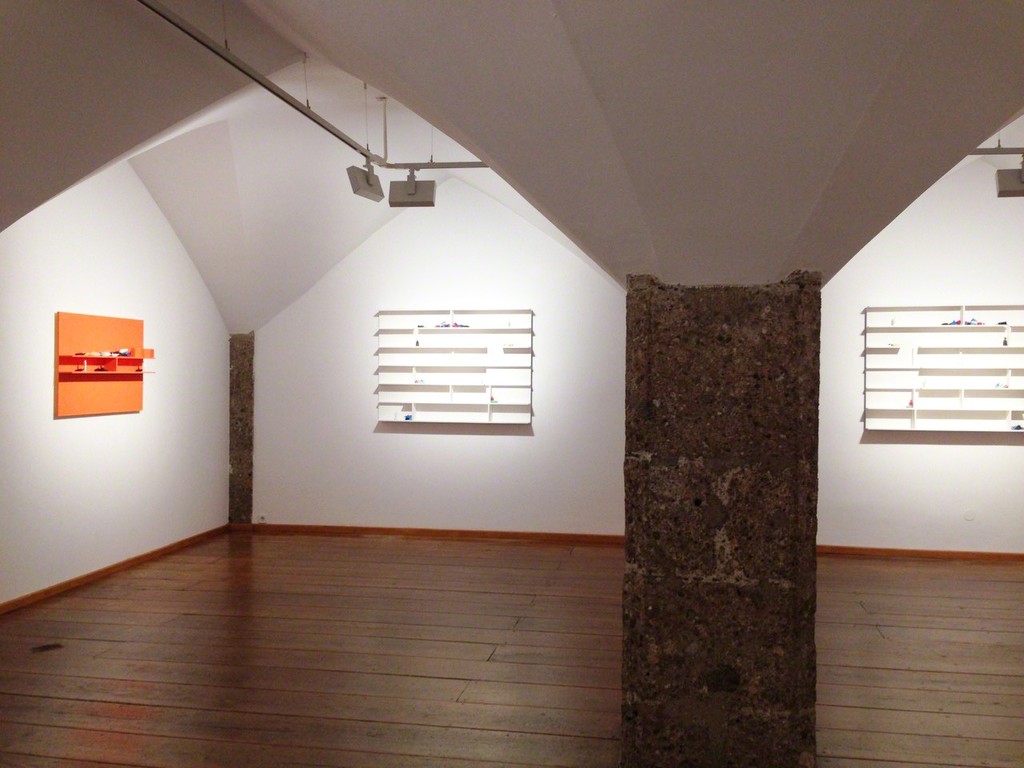 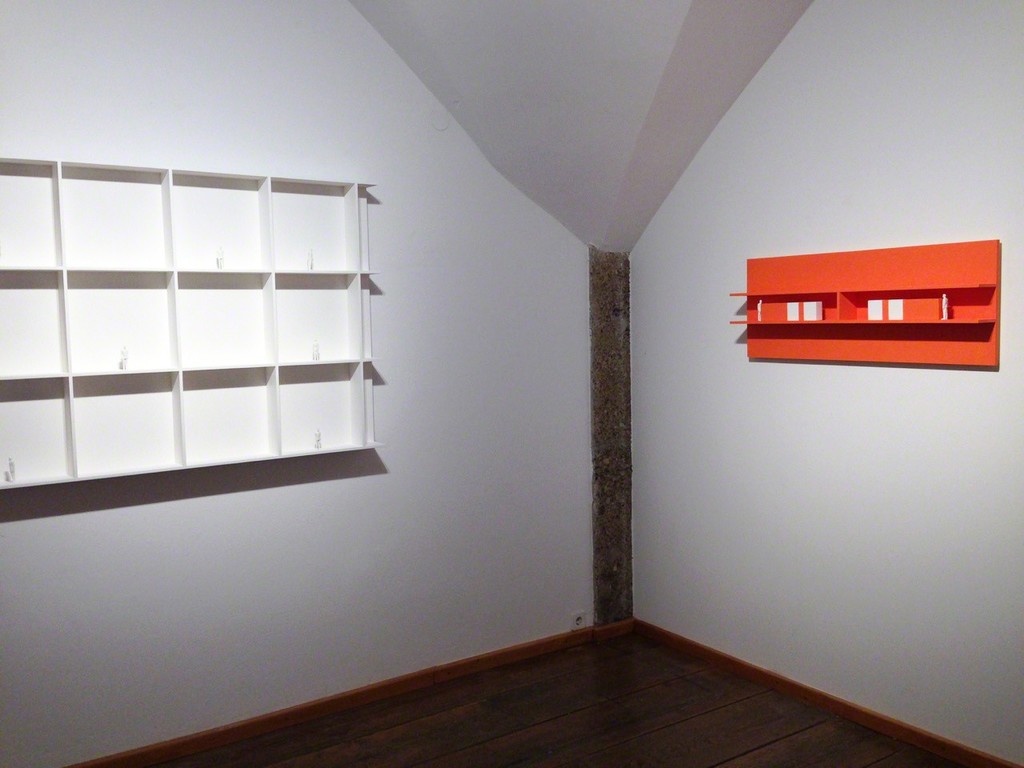 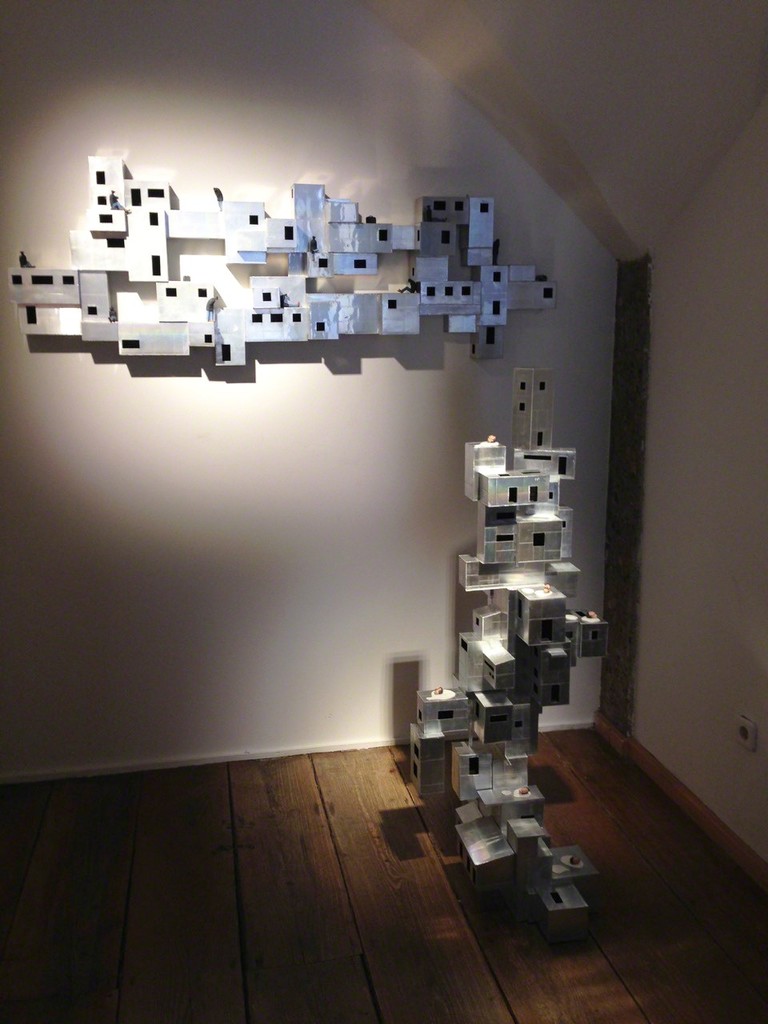 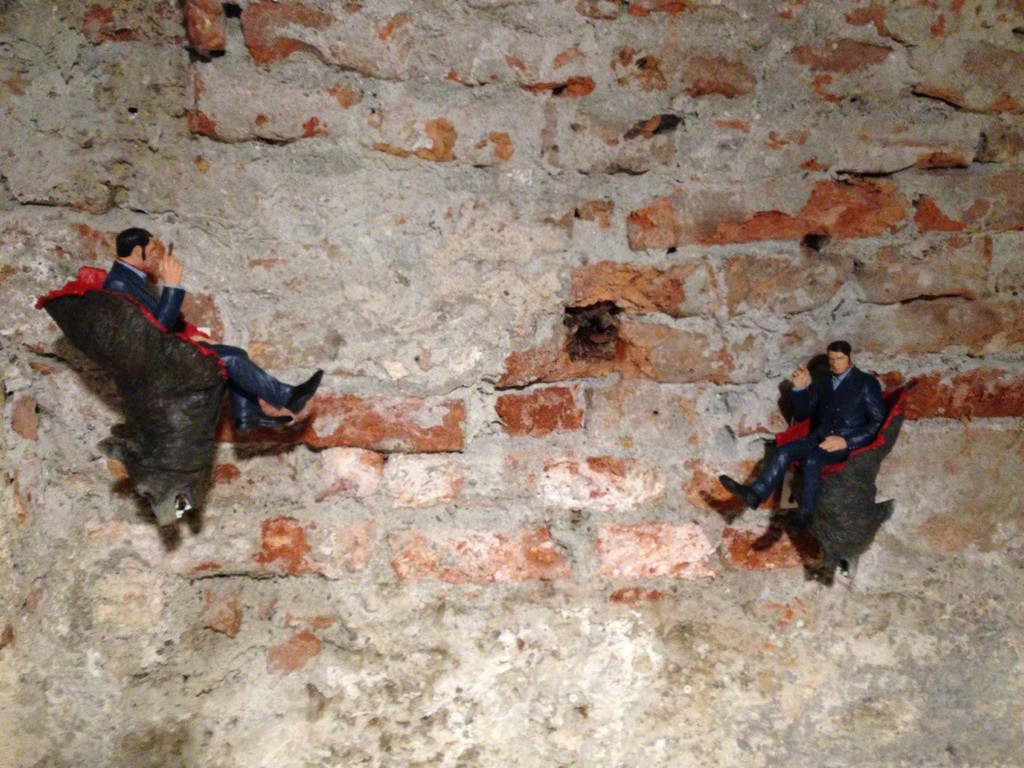 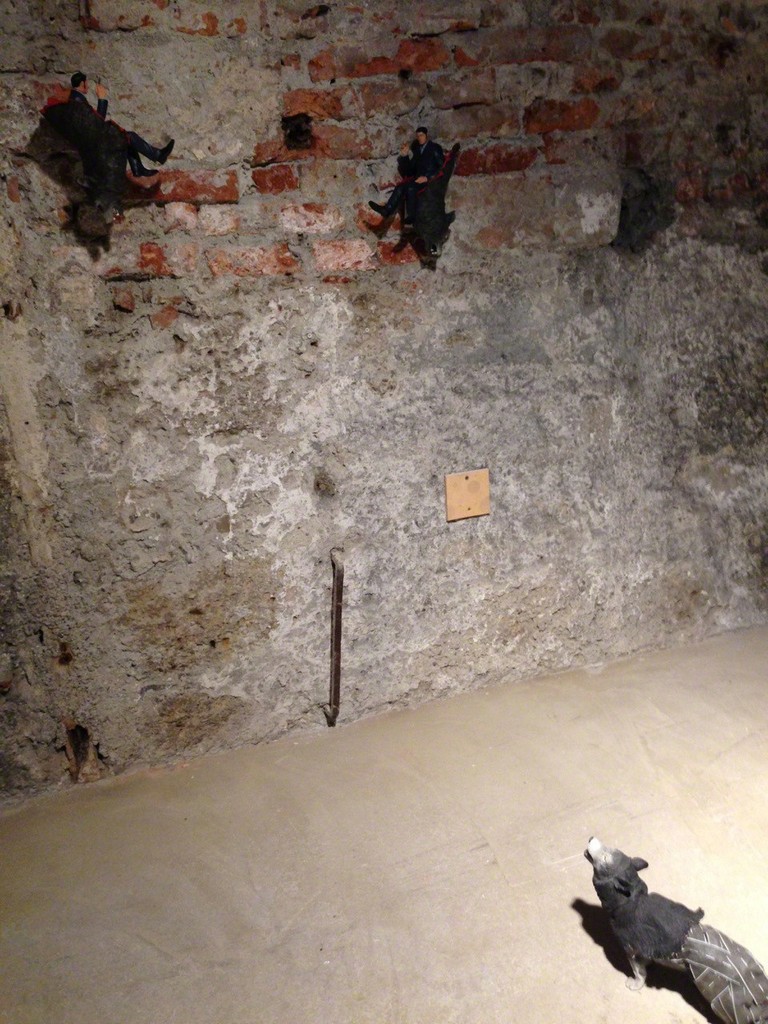 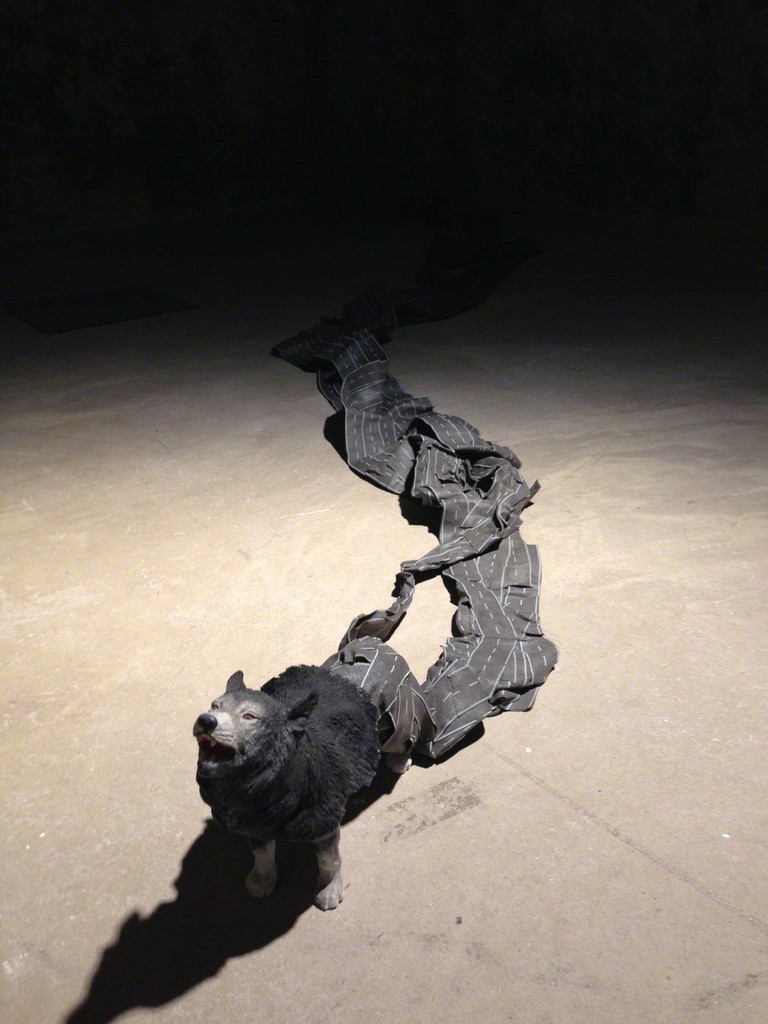 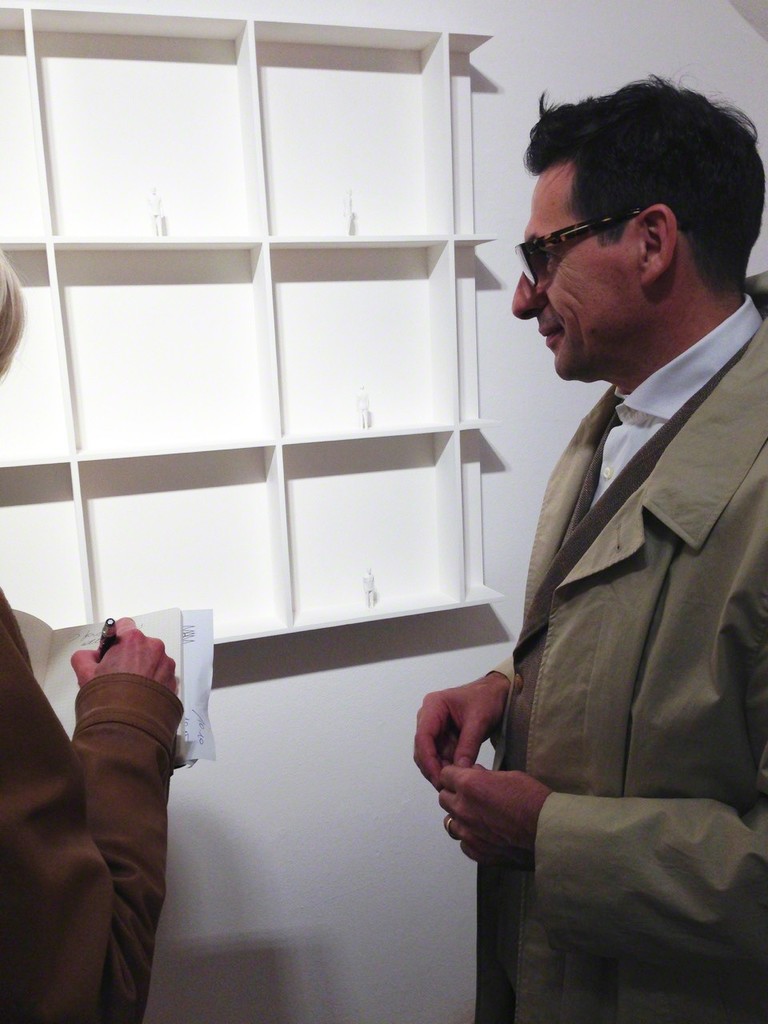 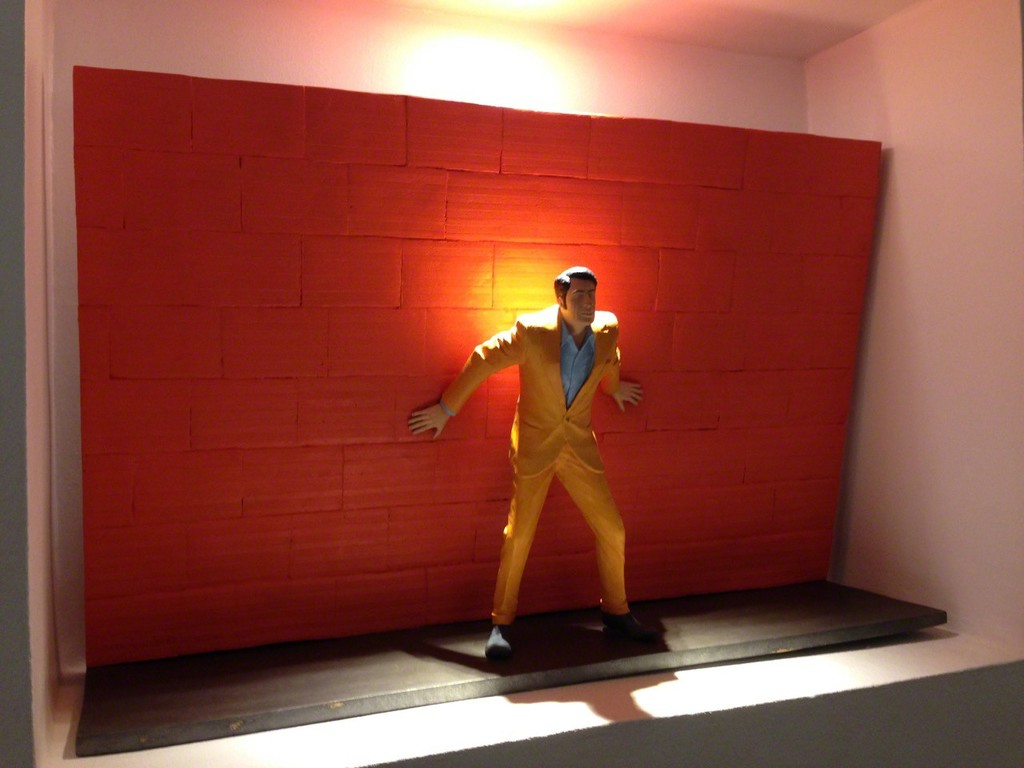 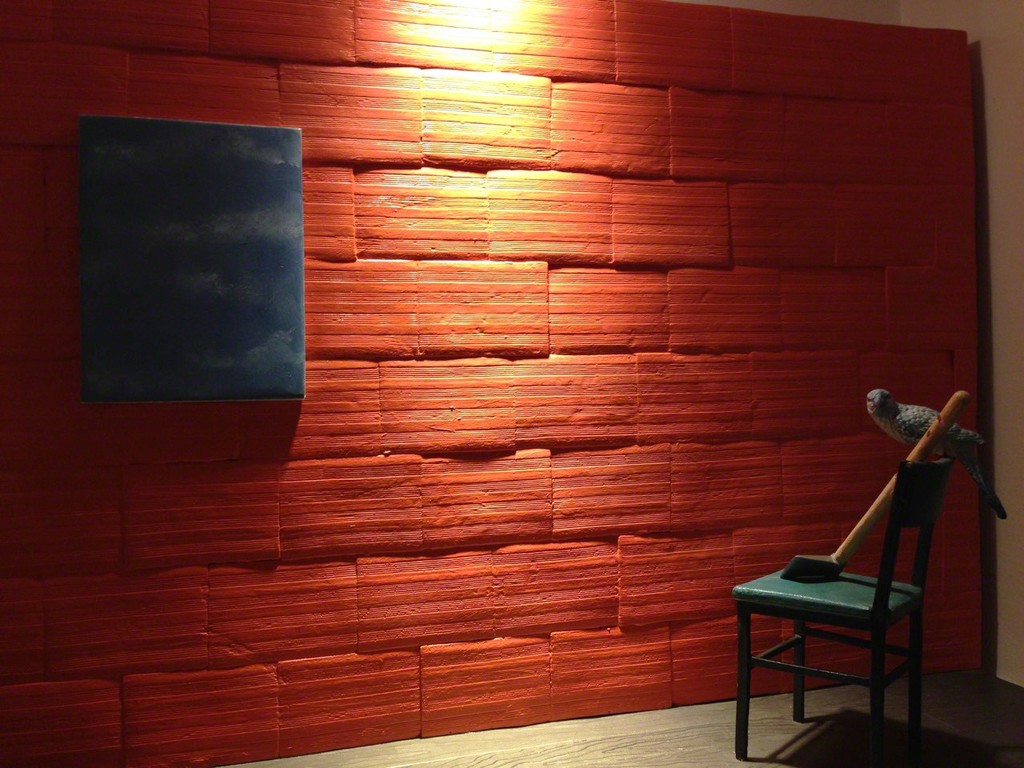 Baltazar Torres creates deserted spaces and oppressive chambers in bright brick-red letter cases and
cool white wooden cases. The Portuguese artist's miniature worlds tell of the destruction of nature, of
urbanization, social impoverishment and isolation. The figures sleepwalk lonely and confused through
the anti-idyll of our present time. On October 10th Mario Mauroner Contemporary Art Salzburg
presents new works by Baltazar Torres.
In charming wooden cases strange interiors unfold. The at first cute decoration reveals troubling
scenes upon second look: yellow, green, white, blue, red and black trashbags are piled on top of the
other. Two figures stand opposite the waste, perplexed. Or, rather than small plants, enamel heads
sprout out of a brick-red letter case. Arranged in pairs, they evade the gaze of their counterpart.
Since 1995 Baltazar Torres has been creating his miniature figures and small format works that are full
of symbolism and irony, dealing with current social and political problems. Torres explores the
relationship between culture and nature and the dramatic effects that agressive human interventions
have on the environment. He deals with the consequences of poor communication and the symptoms
of a distinctly materialistic and urban society.
Torres' miniature worlds, usually made of wood and metal, show a hostile, often urban environment,
“a world full of structural conflicts with which we are forced to live”, he says. For this reason his
figures appear to be exposed to social impoverishment and isolation. In cold, bright white cases stand
multiple people who appear completely lost. The title of this work promises a “New Life”: sterile,
silent, customized. Only the shadows of the always same figure – our and the artist's alter ego –
appear to have remained.
Baltazar Torres already dealt with this aggression, which ultimately triggers social pressure and
isolation, in earlier works. A man smashes his reflection and stools. Cloudy blue canvases are stacked
into a mountain of images, on top of which stands a figure who hangs his head in resignation. On
bronze brick towers they strike strange poses … The person stumbling through life like a sleepwalker.
Baltazar Torres creates desolate landscapes and unliveable spaces, which reveal the absurdity of
modern life: “landscapes of failure”, as Torres calls them. We often close our eyes to these realities of
life, just as the recurring figure in Baltazar Torres' works, who carries the artist's traits.
Baltazar Torres, born 1961 in Figueira de Castelo Rodrigo (Portugal), studied at the Faculdade de
Belas Artes at the University of Porto where he later also held a professorship for drawing and
painting. Since the end of the 1980s he has had numerous exhibitions, especially in Portugal and Spain.
Baltazar Torres' works are represented worldwide in collections, for example in IVAM – Institut
Valencia d'Art Modern, in the Fundación ARS TEOR/éTica in Costa Rica or also in the Upper Austrian
State Museum in Linz. Baltazar Torres lives and works in Porto (Portugal).