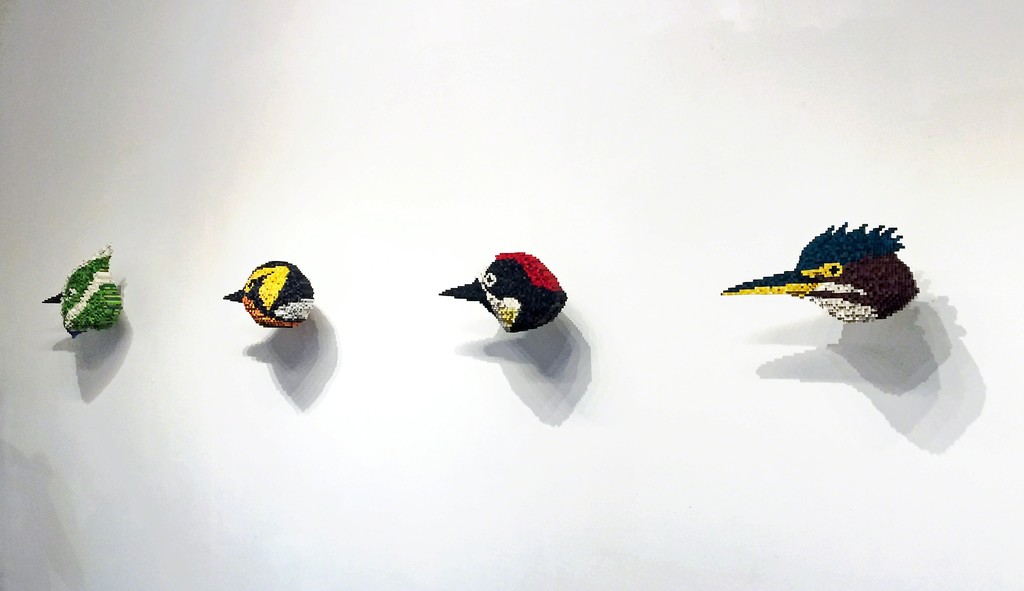 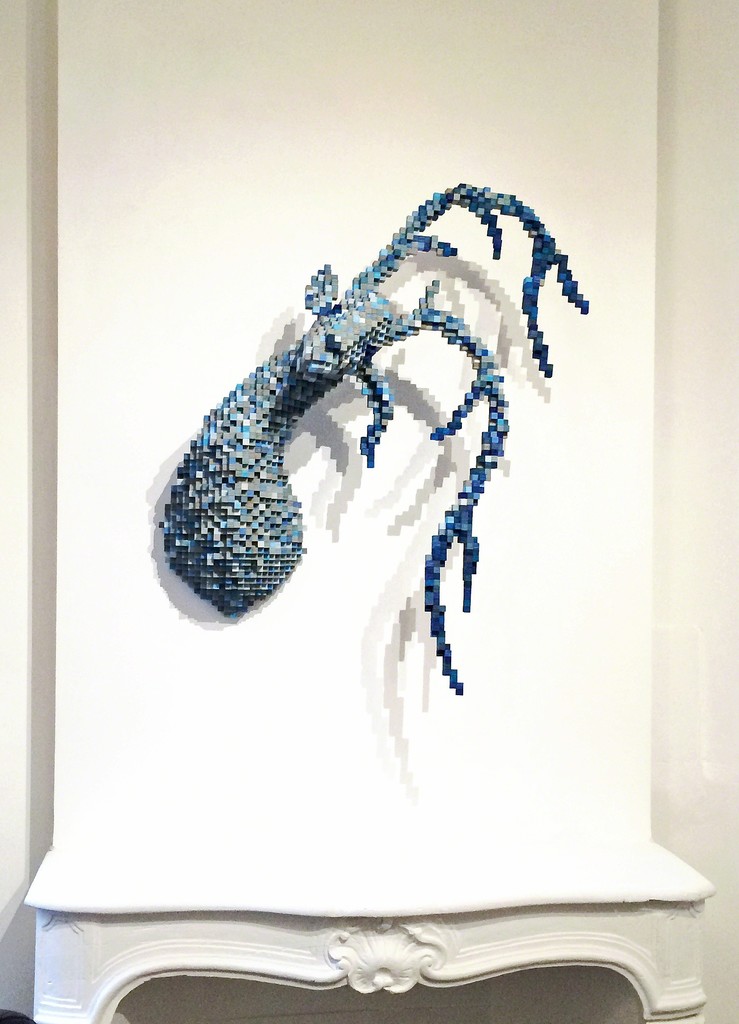 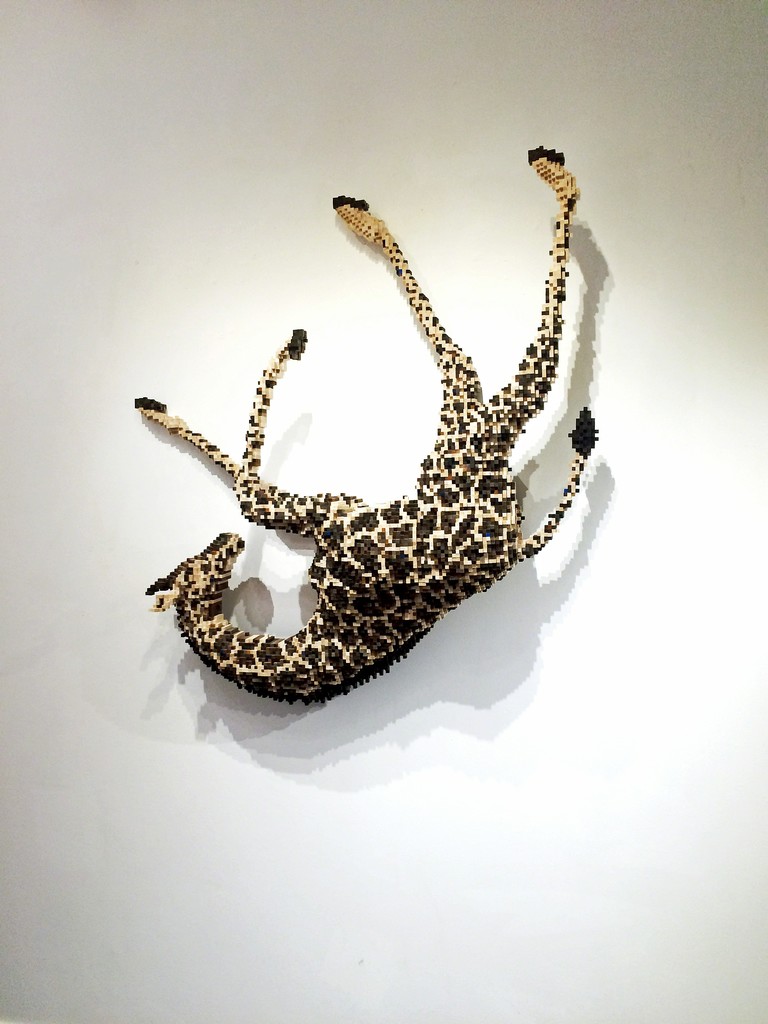 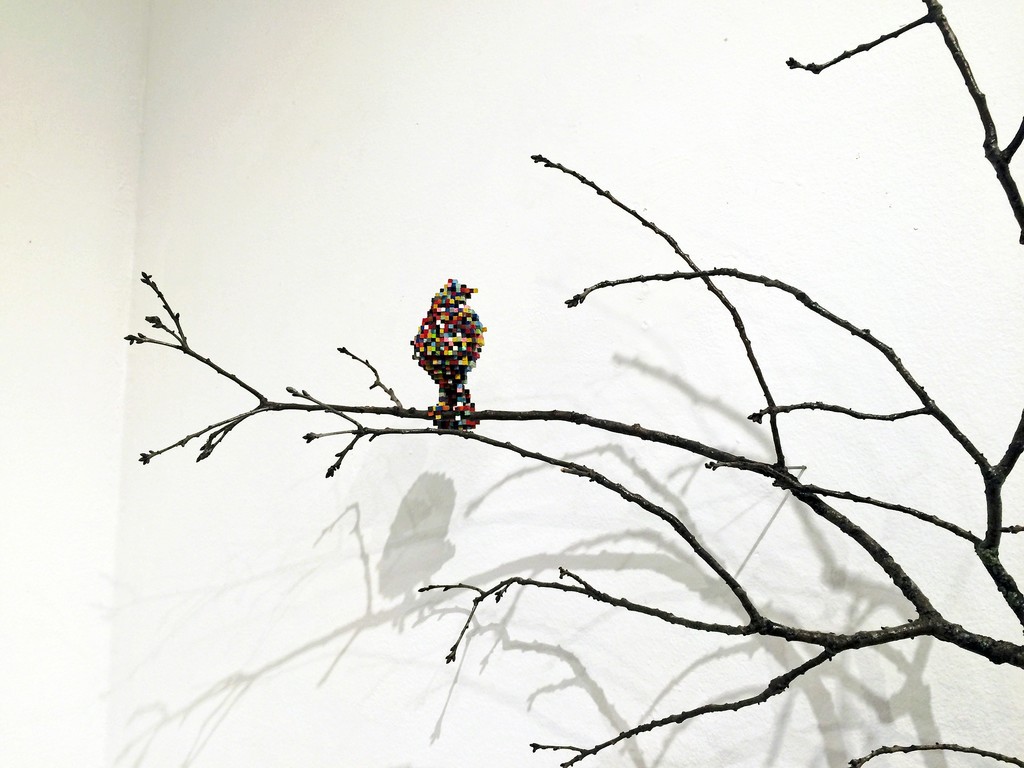 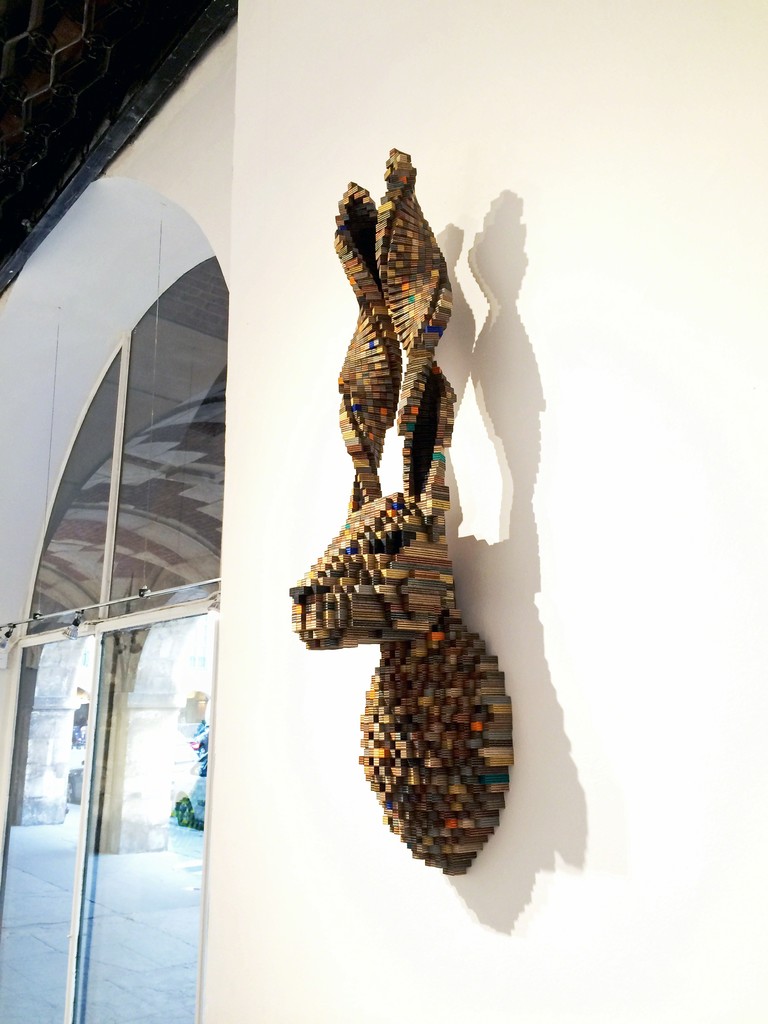 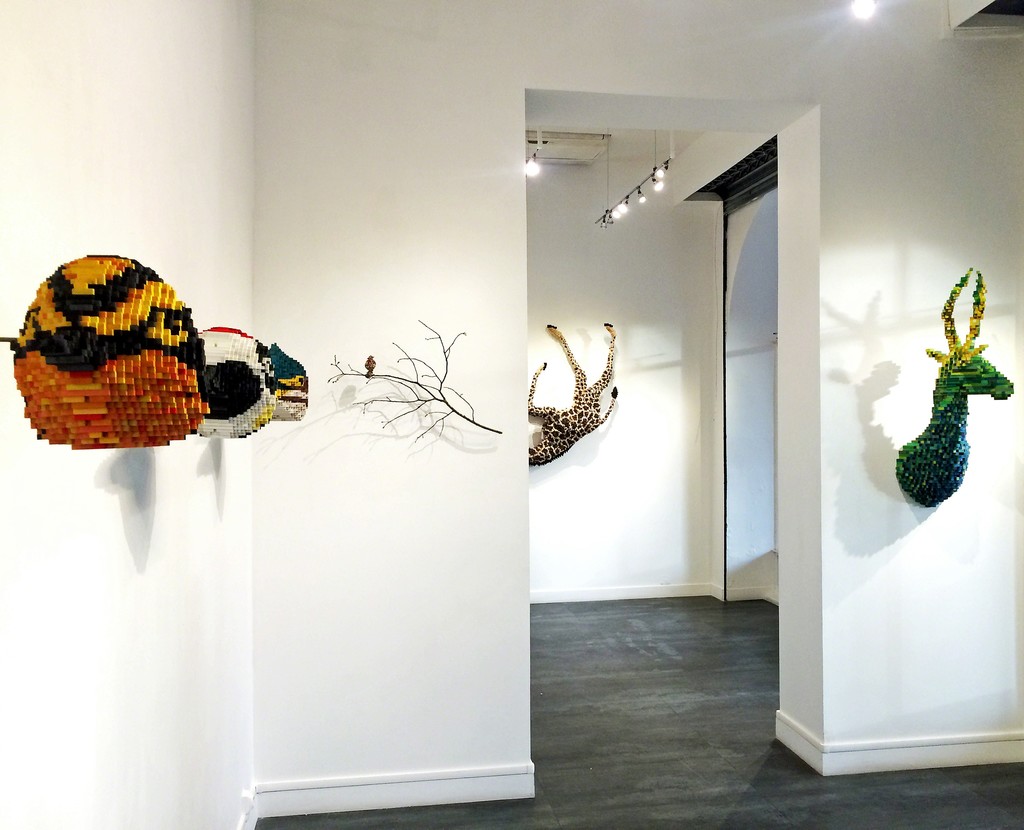 Mark Hachem Gallery is pleased to present the personal exhibition of the American artist Shawn Smith, from the 6th to the 20th November 2015. Paris opens its doors to an atypical “jungle” where nature and technology find a synthesis in the creation of a pixelated natural universe.
Shawn Smith’s starting point is the digital image, symbol of a complete detachment from reality, given its lack of physicality and existence as pure data. In his work, Shawn Smith both examines and reverses this process, transforming the digital back into the physical.

“My work investigates the slippery intersection between the digital world and reality. Specifically, I am interested in how we experience nature through technology. I grew up in a large city only experiencing the natural world through computers and television screens. With my work, I create three-dimensional sculptural representations of two-dimensional images of nature I find online. I build my objects pixel by pixel with hand-cut, hand-dyed strips of wood in an overtly laborious process in direct contrast to the slipperiness and speed of the digital world. Through this process of pixelation, details become distilled, distorted, or deleted. I am interested in how each pixel plays an important role in the identity of the object, the same way each cell plays a crucial role in the identity of an organism.”
Shawn Smith

Biography
Shawn Smith was born in 1972 in Dallas, TX where he attended Arts Magnet High School and Brookhaven College before graduating from Washington University in St. Louis, MO with a BFA in Printmaking in 1995. Smith received his MFA in Sculpture from the California College of the Arts in San Francisco in 2005. He has received artist-in-residencies from the Kala Art Institute in Berkeley, CA and the Cite Internationale des Arts in Paris, France. In 1996, Smith was a recipient of the Clare Hart DeGolyer grant from the Dallas Museum of Art.
In 2012, Shaw Smith’s work was selected for the exhibition “40 under 40: Craft Futures” at the Smithsonian American Art Museum. Smith’s work has been exhibited at HåGamle Prestegard, National Art and Culture Center of Norway, and throughout the United States including the Austin Museum of Art, Southern Exposure (San Francisco), Oakland Arts Museum, Berkeley Art Center, di Rosa Art and Nature Preserve (Napa), Dean Lesher Center for the Arts (California), Holter Museum of Art (Montana), the Armory Art Center (Florida).