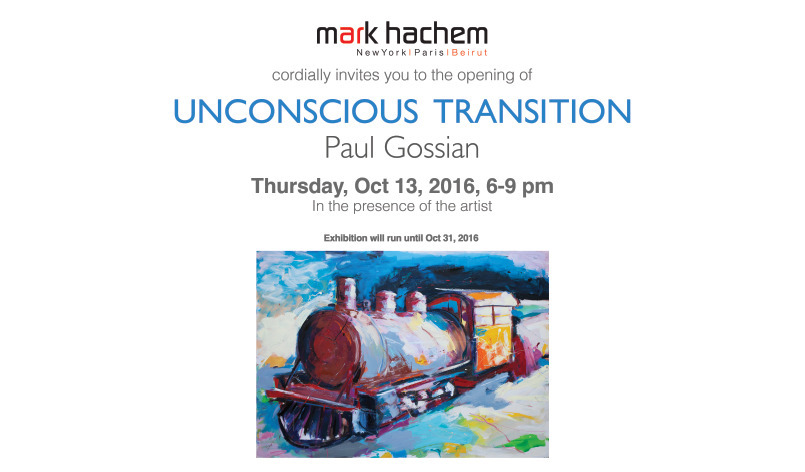 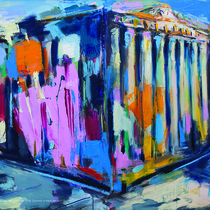 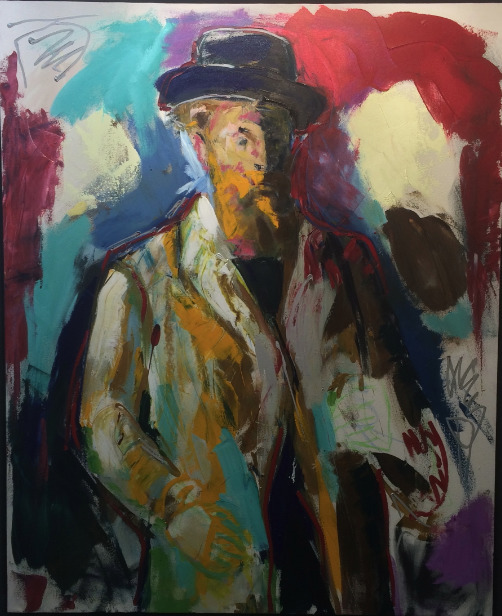 Mark Hachem Gallery, Beirut is delighted to present 'Unconscious Transition', a solo exhibition by the Lebanese-German artist Paul Gossian featuring a selection of his most recent works. Bold, dramatic and vivid strokes cover the surface of his paintings, as Paul pours his angst into the paint on his canvas. His innovation lies in the choice of his subjects and the way he chooses to represent them. His body of works transcends a clear personal and artistic vision that looks back and forward.

Paul Gaussian, grandson of the renowned Paul Guiragossian, was born in Lebanon into a dynasty of gifted painters, into a world full of expectations. His paintings translate his inner torment as he struggles to understand and establish his identity as an artist, and as a citizen of two worlds. From the Renaissance period, artists investigated the self through portraits. Paul sets his one on one rendez-vous with the great masters to draw their portraits, and capture their spirit. As such, he acknowledges their influence on his work and establishes a sense of bonding and belonging with the masters of all times.

In other portraits, or scenes that seem to be captured from the present times, such as the boxer portrait (possibly a self portrait), or the two boxers standing in a ring, the artist introduces the notion of fight and struggle, maybe with the self, or perhaps out of a place where one feels trapped. The boxer's gloves are also very symbolic, as they indicate trapped fingers, describing the artist's greatest fears. Gossian's questions around identity, and the construction of the self, appear as a dominating topic in his work. As he looks back to understand his history, and in, to get in touch with his inner most thoughts and emotions.

Gossian’s painting of the train hints to his travels, to his artistic journey, which is not a political nor a social one, but rather an expedition in search for the inner self. A voyage in time, celebrating the auras of people and places. As such, he paints the masters, monuments and symbolic places. His paintings seem frozen in time, there are no hints of war zones or debris; just hints of a specific timestamp. The manipulation of his brush stokes, as well as his color palette, suggest a paused and cold scene, borrowed from the artist's subconscious.

Born in Lebanon1990, Gossian fled to Germany in 2006. He then moved to London in 2011 to study Fine Arts at Camberwell College of Arts, graduating with a BFA in 2014. During his years in London, Paul participated in several local group exhibitions. Gossian's works featured in the Beirut Art Fair for three consecutive years.