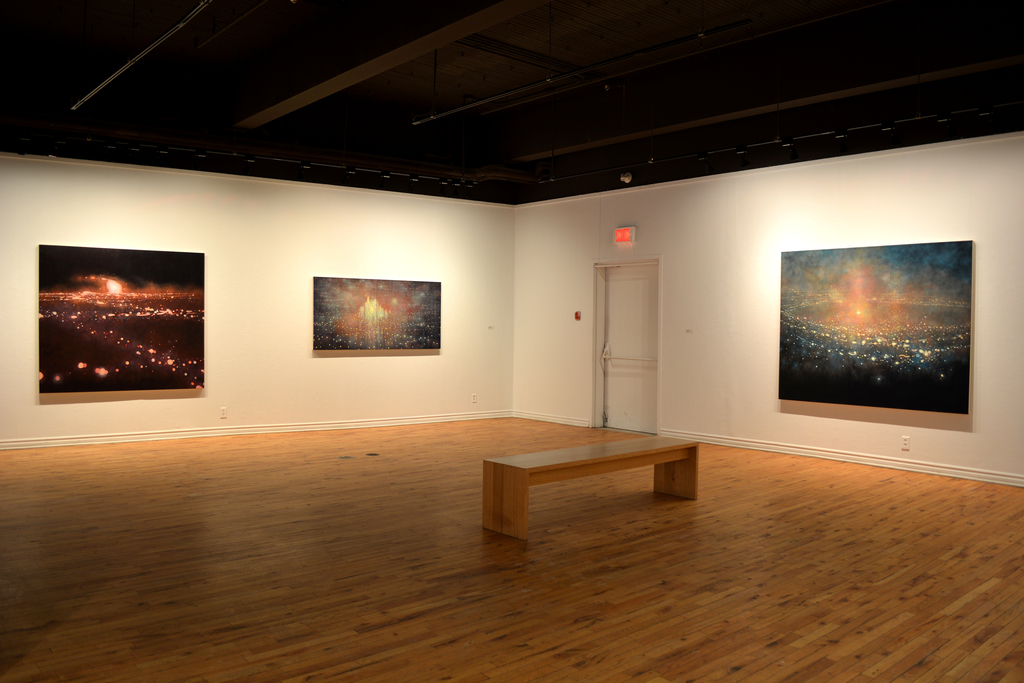 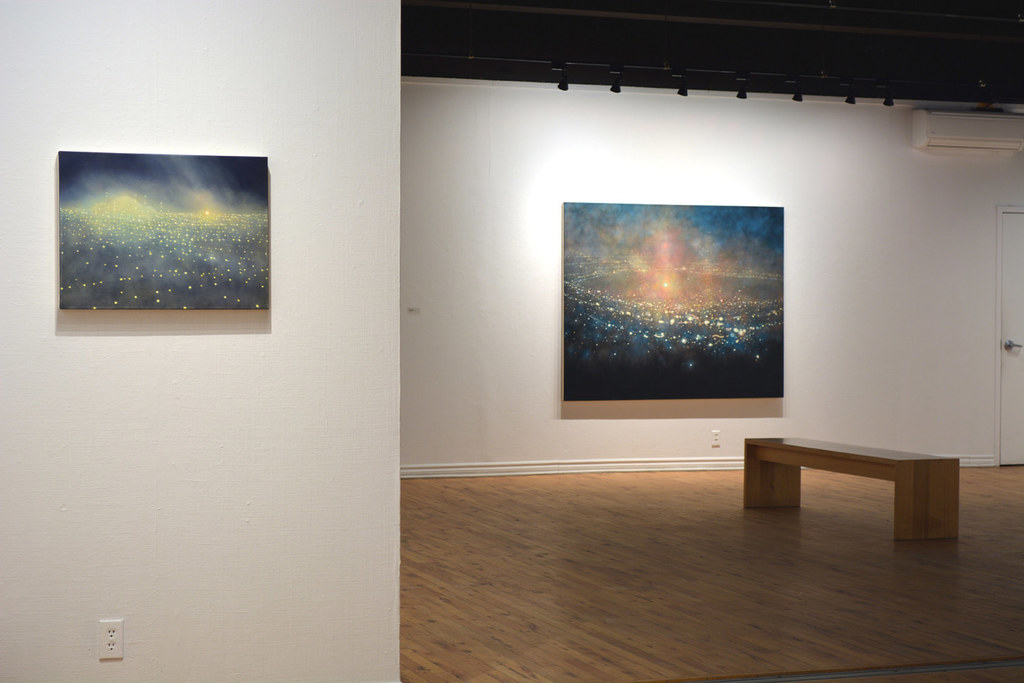 In Ekstedt’s latest paintings he depicts human populations as web-like networks of light particles spun over the landscape. In these paintings, clusters of undulating lights populate vast and dramatic terrains that are literally electrified by human habitation. Ekstedt is interested in depicting populations in movement that represent the uncontrolled growth of human habitation on the global landscape. In some of his paintings he depicts masses of people, represented by particles of light, that are engaged in spectacle, celebration and ritual. Ekstedt has long been intrigued by how networks of lights can physically mark a landscape while at the same time ethereally transcending it, resembling a schematic plan that depicts a kind of celestial order.

Dennis Ekstedt is an artist who lives and works in Montreal, Canada. He received his Diploma in Fine Arts in 1986 from Emily Carr Institute of Art and Design in Vancouver B.C and his M.F.A in 1993 from Concordia University in Montreal. He was the Eastern Canada winner of the RBC Canadian Painting Competition in 2002 and his paintings are included in many international public, corporate and private collections. He has exhibited in Canada, France and the U.S.