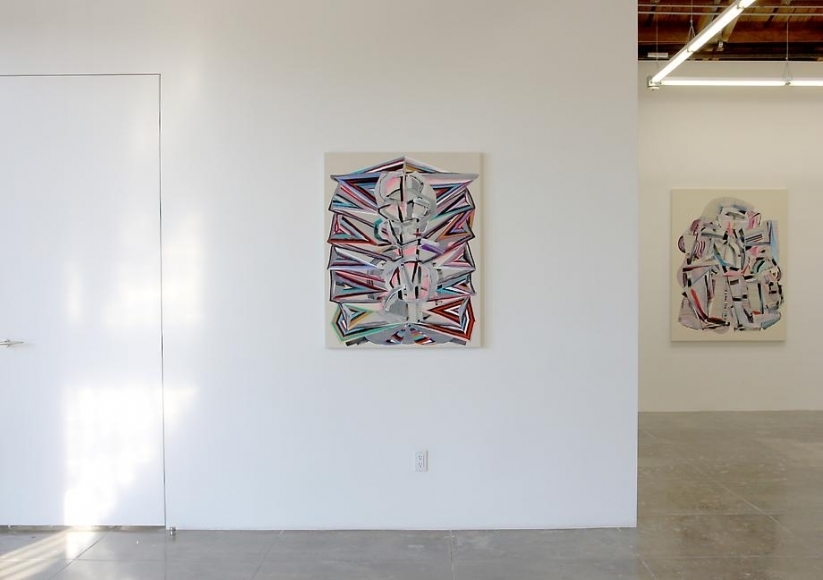 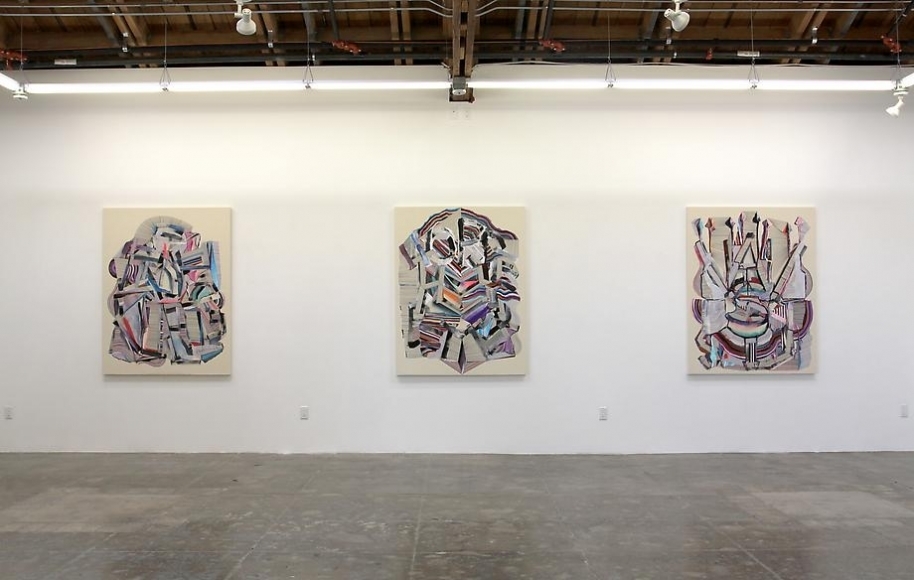 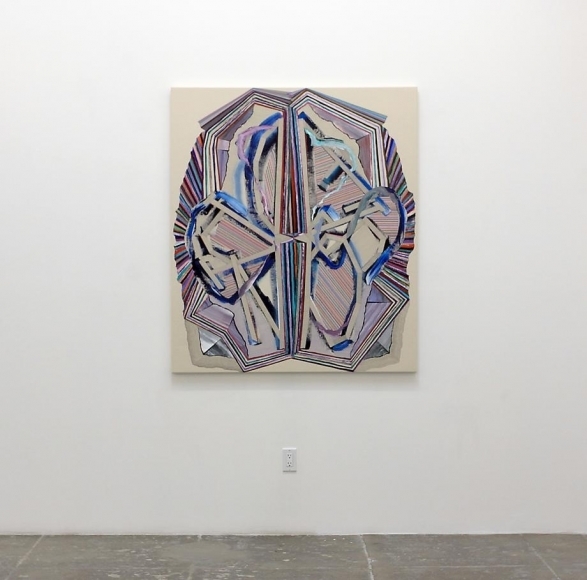 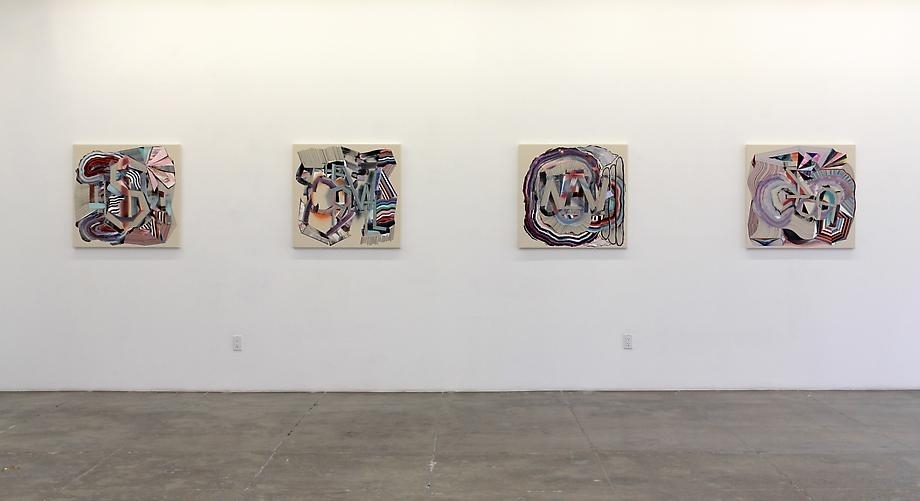 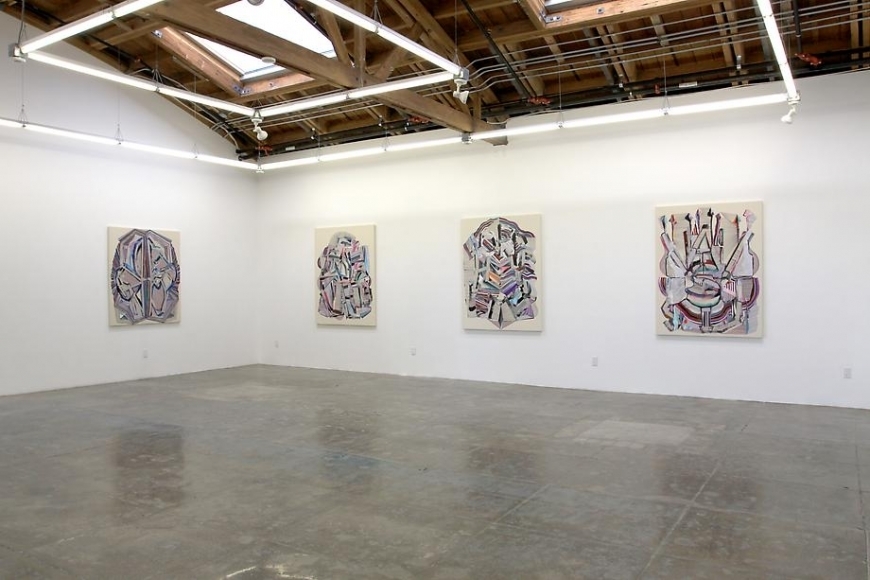 "We live in a rainbow of Chaos." quote by Paul Cezanne

Creating optical terrains that splinter and twist around the central image of an English word, Feodor Voronov investigates the nature of repetition in both form and language by painting harlequin patterns that are at once organic and methodical. His object-like compositions become an analysis of the human experience that borders on familiar, but is clearly unique. Voronov toys with the formal aesthetics of the written word, evaluating its psychological roots in symbolism á la Magritte, while also embellishing upon the innate habit of mark-making in the vein of Cy Twombly. He evaluates the nature of association, systemic social code, and inferred dissemination through a delicate equilibrium between precision and gesture – literally drawing a parallel between what is read and what is discerned. Meticulously uniform ball-point pen lines border broad, whimsical brush strokes and nebulous aerosol residue as Voronov coagulates elements of structure and impulse, method and inherence. Allowing for similar variance in meaning, connotation and suggestion, his paintings evolve and transmute with each encounter like the very nature of cultural discourse over time.

As the artist puts it: "My work revolves around using repetition to investigate the process of looking and possibly altering our standards of perception. Repetition is a natural way for me to tap into the physical mode of painting by splintering it and then either putting it back together or completely ripping it apart and turning it loose on itself. John Rajchman defines ‘operative formalism’ as what form does and what it can do rather than what it means or represents and that is where my work begins. To further intensify this process I began using words as starting points for my paintings. The unique yet familiar form of each word is an anchor upon which a visual system develops into a complex perceptual experience that is built entirely upon the formal aspect of a given word and not it’s meaning."

Voronov received his MFA from Claremont University (CA) in 2008, and has shown at Joshua Liner Gallery (NY), Laguna Art Museum (CA), and Concrete Walls (CA). His work is included in the permanent collections of the Santa Barbara Art Museum (CA), Museum of Contemporary Art, San Diego (CA), Colleccion Jimenez-Colon (Puerto Rico), and the Frederick R. Weisman Founation Collection (CA). The recipient of the 2008 Hernandez Fellowship, and the 2007 Claremont Graduate University Fellowship, he lives and works in Los Angeles.

More information on this artist and recent reviews can be found on the Mark Moore Fine Art website at: http://www.markmoorefineart.com/artists/feodor-voronov