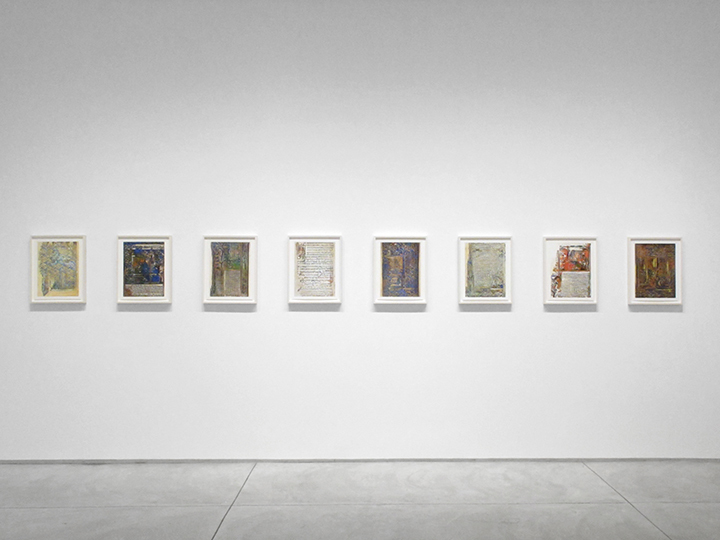 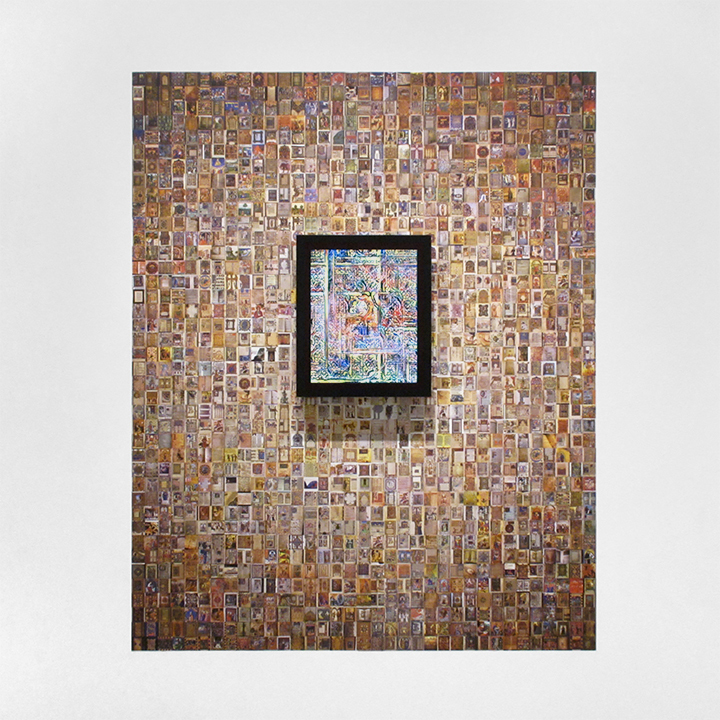 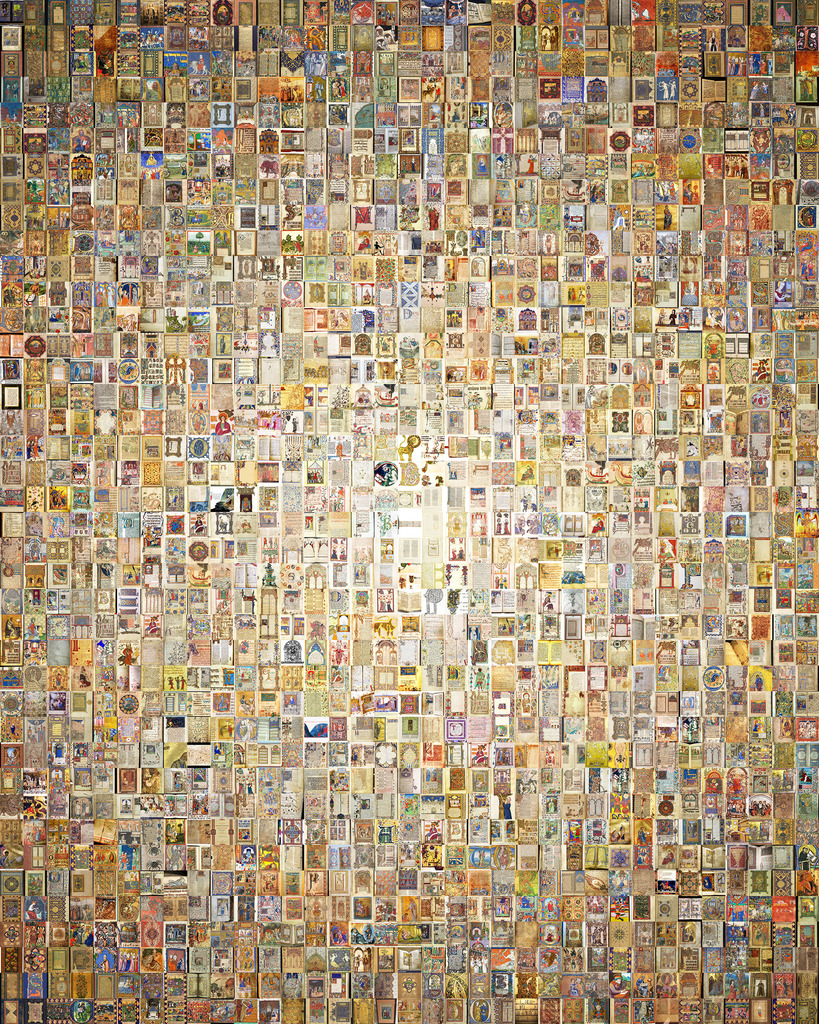 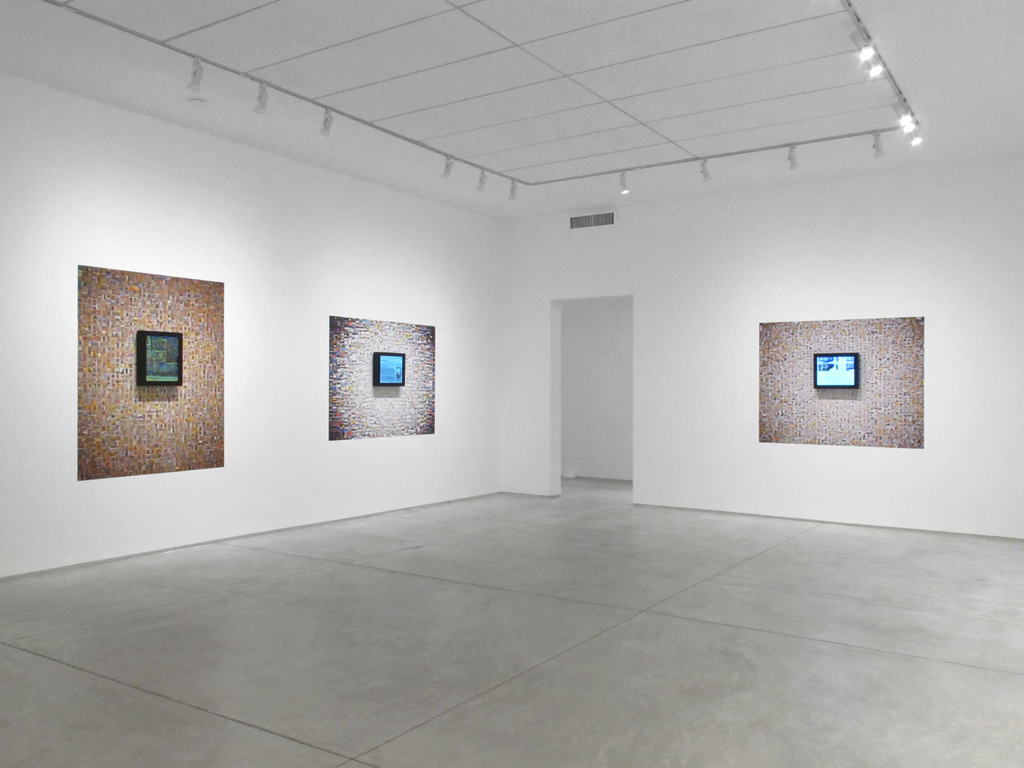 In his work from “Little Infinities” Series - of which this series is a part - Jason Salavon's continues pioneering a multi-decade use of data and algorithms in the creation of visual art. The works in this exhibition broaden this exploration, critically probing the proliferation of image data, the historical structures of narrative, and the creative potential of the current Artificial Intelligence revival.

In the show's title work, Little Infinity (ImageNet), Salavon reproduced the most important image dataset of our time as a large mural. The ImageNet is a foundational image collection used in training neural networks for use in myriad applications requiring image recognition and
classification (self-driving vehicles, medical image analysis, surveillance, etc.). In this piece, an 8'
x 16' wallpaper displays all 1.2 million images in 1000 categories from the training set. Arranged
by category and sorted by brightness, this presentation lays bare the entirety of this dataset, in
all of its benefits and flaws.

Collectively, the works in the exhibition greet with ambivalence the hype surrounding the newest wave of AI. Working first-hand with the latest research, Salavon and his team aim to contribute to fundamental technologies (including patent pending neural network architectures) while navigating the open-ended questions for which art is especially well-suited. This show both employs and critically examines the structures, methods, and products of mega-scale data and algorithms in our culture.

Jason Salavon (born 1970, Indianapolis, IN) received a BA in Art and Computer Science from the University of Texas at Austin (1993) and an MFA from the School of the Art Institute of Chicago (1997). Salavon has exhibited his work extensively for the last twenty years, including recent solo exhibitions at Museum of Contemporary Art Cleveland, OH (2017), Mark Moore Gallery, Los Angeles, CA (2016); the Haggerty Museum of Art, Milwaukee, WI (2016); TAI Modern, Santa Fe, NM (2016); and the Public Trust, Dallas, TX (2016). In collaboration with Microsoft Research, where he was a Visiting Artist in 2014, he exhibited at the Seattle Art Museum, Seattle, WA (2015). He has completed numerous large-scale commissions including for the Merchandise Mart, Chicago, IL (2018) and the United States Census Bureau, Washington, D.C. (2013).

For more information on this artist, please go to: www.markmoorefineart.com

Some images and text are Courtesy the Inman Gallery, Houston TX