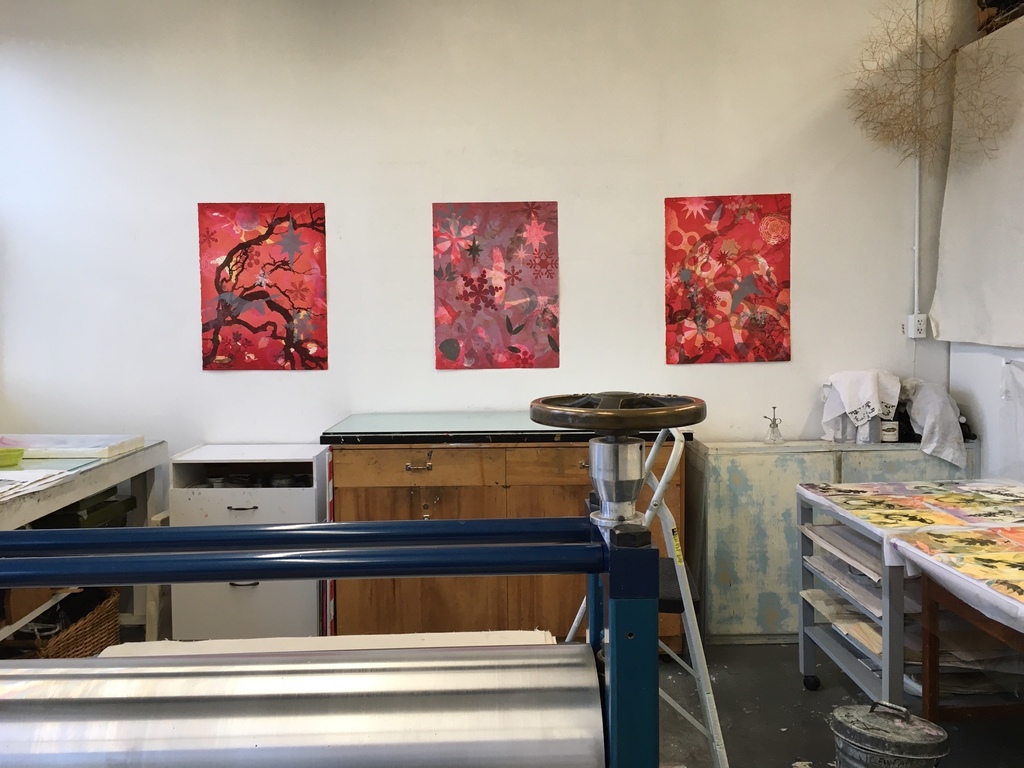 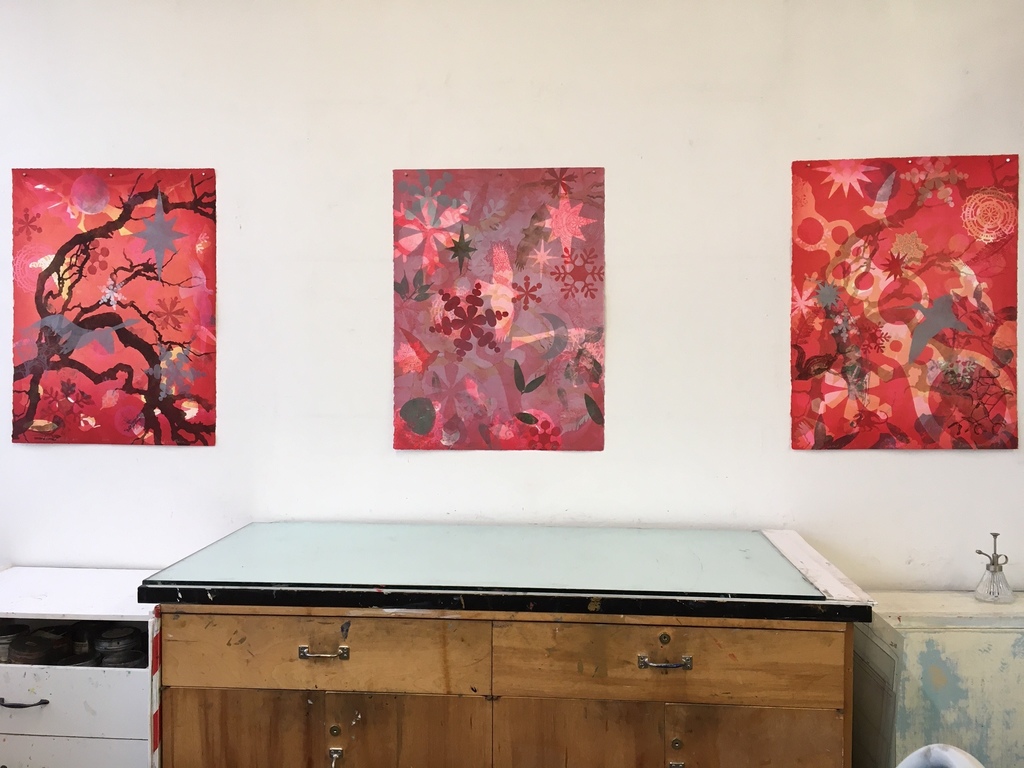 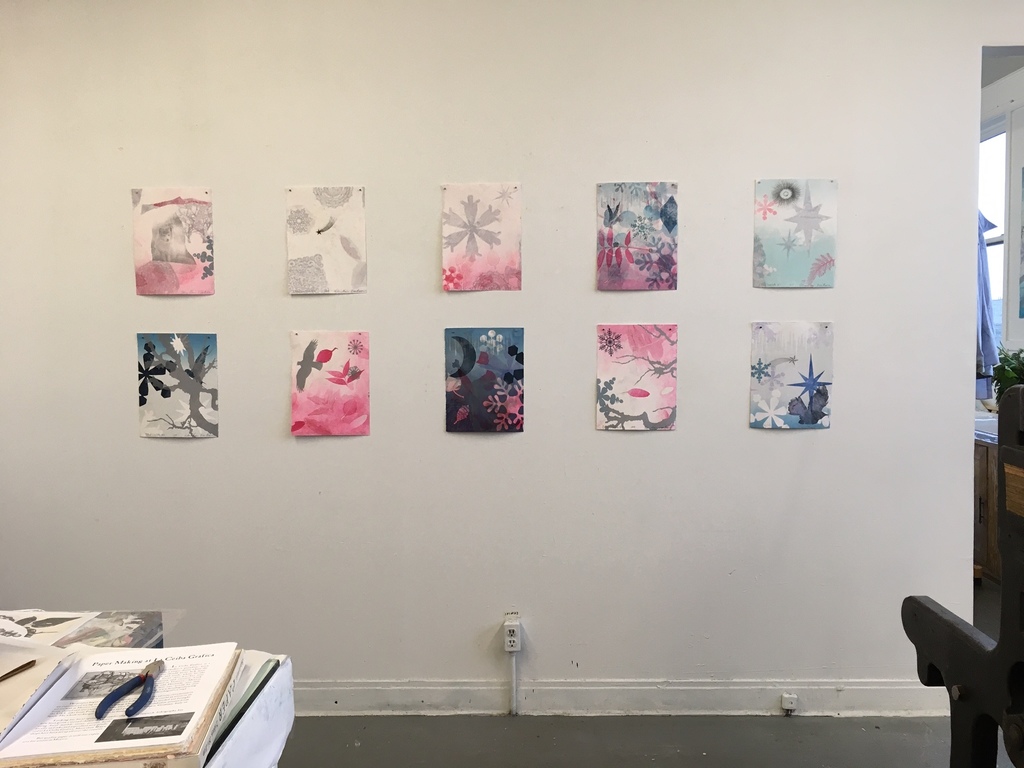 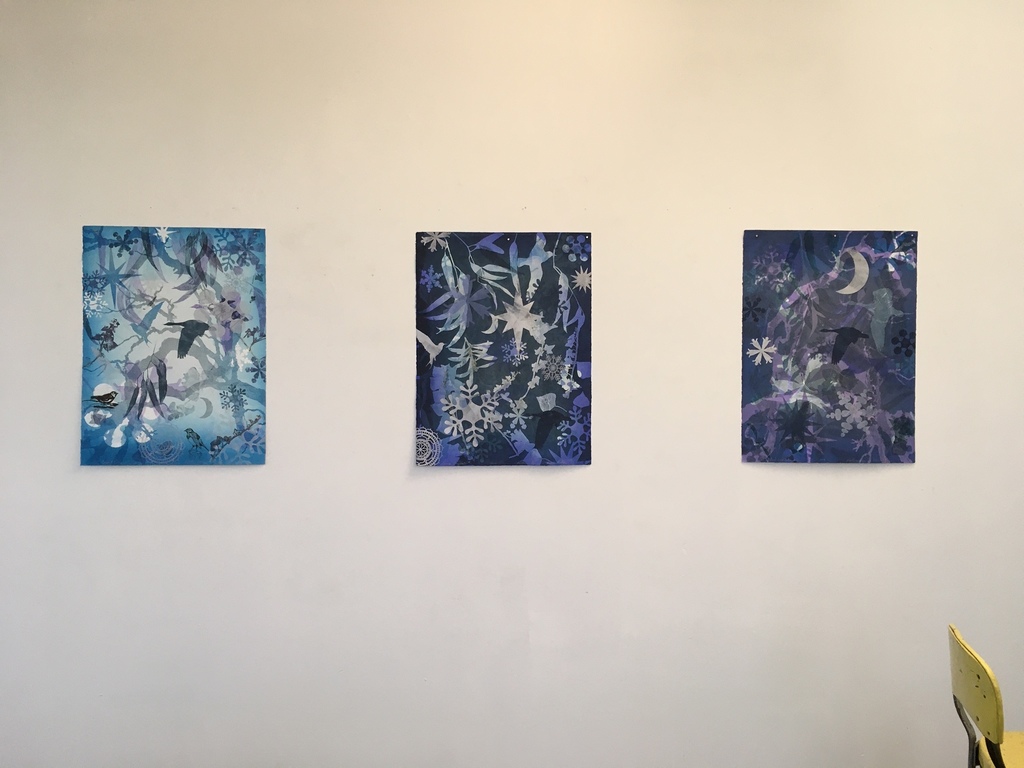 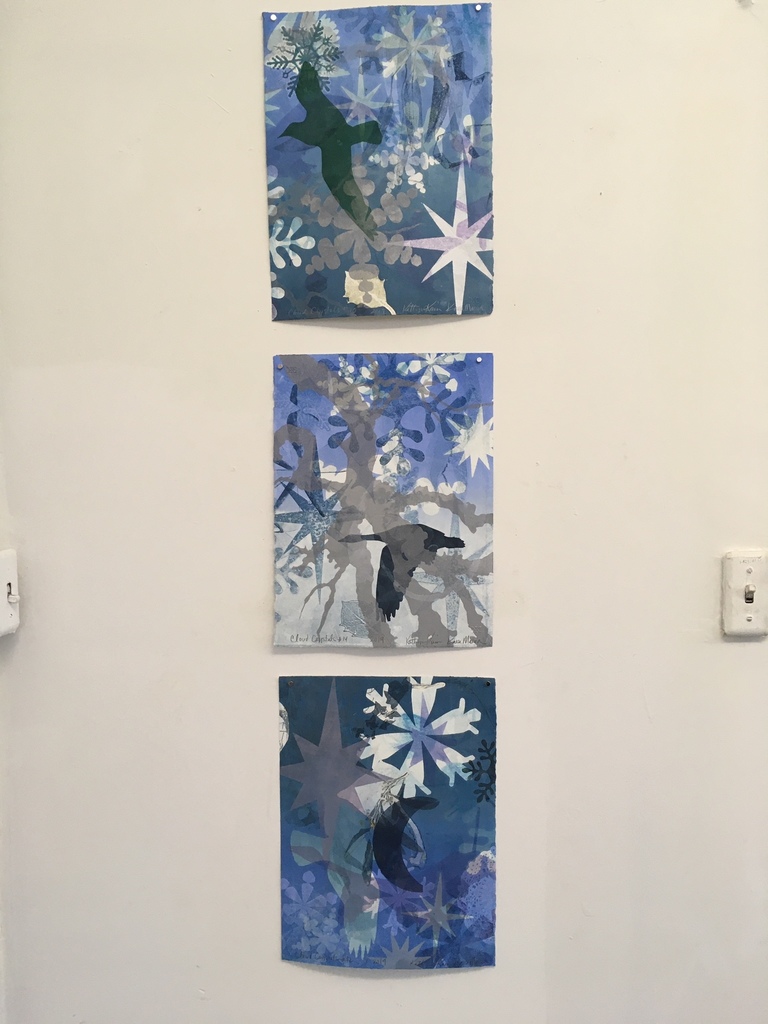 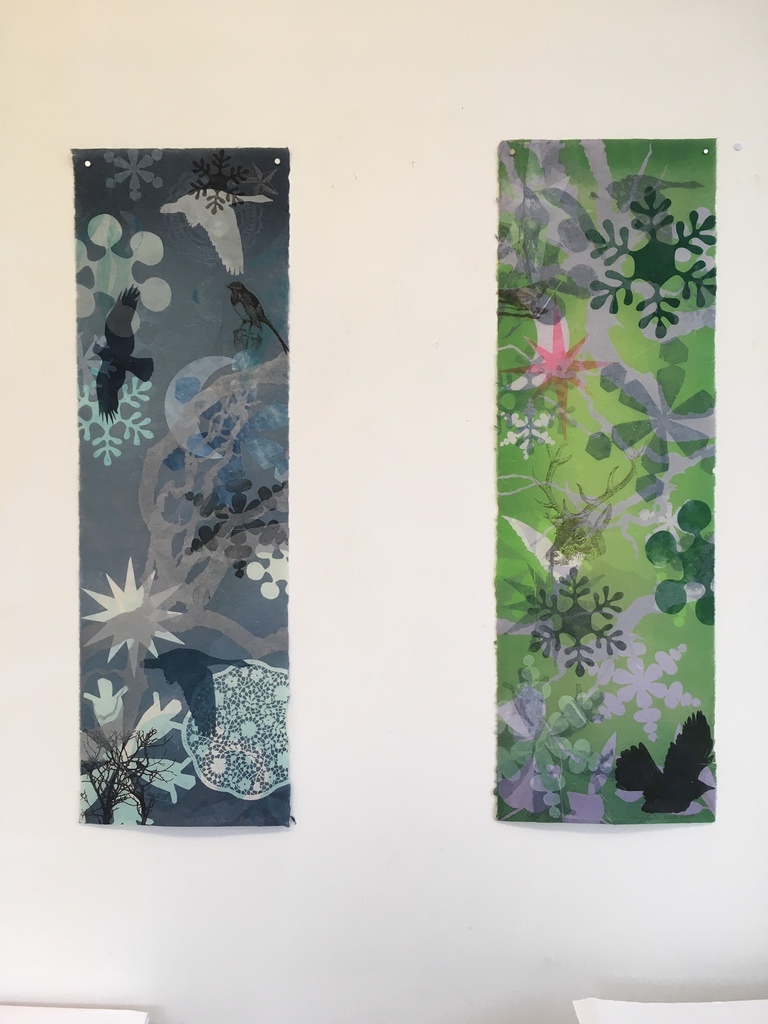 This exhibition and series of monotypes by artist KARA MARIA were inspired by the 1864 book "Cloud Crystals: A Snow-Flake Album". It documents the work of Frances Chickering—who used a cut-out method based on her direct observation of individual snowflakes under magnification to record more than 200 shapes. Maria and Kain utilized stencils they made based on Chickering’s original illustrations to create their Cloud Crystals series.

Maria and Kain began working together while Kain was Master Printer for Smith Andersen Editions (SAE) in Palo Alto, CA. Founded by Paula Kirkeby in 1969, the small fine arts press encouraged experimentation with the monoprint and monotype until its closure in 2016. After completing several projects published by SAE between 2002 and 2010 in the more traditional artist/master printmaker relationship, Maria and Kain decided to try something new. They made their first collaborative monotype project (Arcadian Duet) published by SAE in 2015—meaning that the two worked together equally as both artists and printmakers for the project. Cloud Crystals marks their second such collaborative effort, and the first published by Atelier Blu Rose.

Kara Maria produces paintings and work on paper that reflect on political themes such as feminism, war, and the environment. She borrows from the broad vocabulary of contemporary painting; blending geometric shapes, vivid hues, and abstract marks, with representational elements. Maria received her BA and MFA from the University of California, Berkeley. She has exhibited in solo and group exhibitions throughout the United States at venues including the San Francisco Museum of Modern Art; the Cantor Arts Center at Stanford University; the Contemporary Arts Museum in Houston, Texas; the San Jose Institute of Contemporary Art; and the Katonah Museum of Art in New York; among others.

In 2016, Maria’s work was featured in a solo exhibition, Head Over Heels, at the University Art Gallery at California State University, Chico, which included an accompanying monograph. Her work has garnered critical attention in the Los Angeles Times, the San Francisco Chronicle, and Art in America. Maria has completed residencies at the Montalvo Arts Center, Recology Artist in Residence Program, Djerassi Resident Artists Program, and at the de Young’s Artist Studio. She is recipient of multiple awards and honors, including a grant from Artadia and an Eisner Prize in Art from the University of California, Berkeley. Maria lives and works in San Francisco.