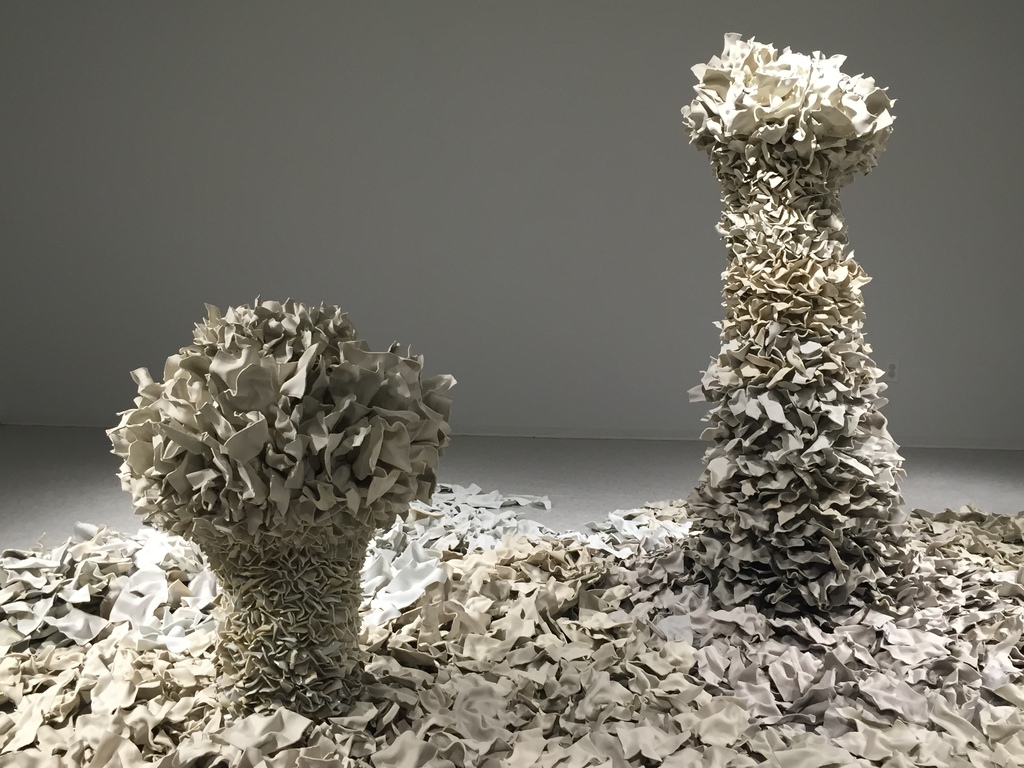 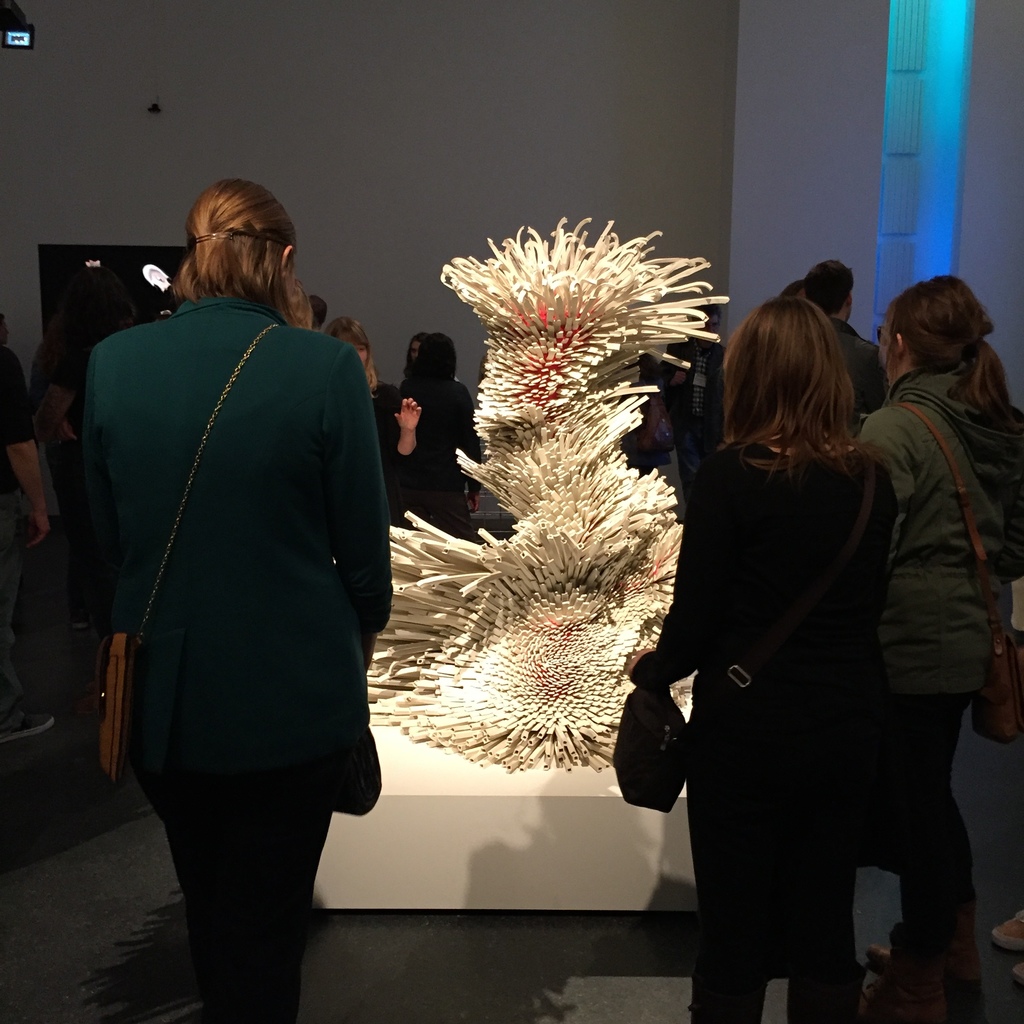 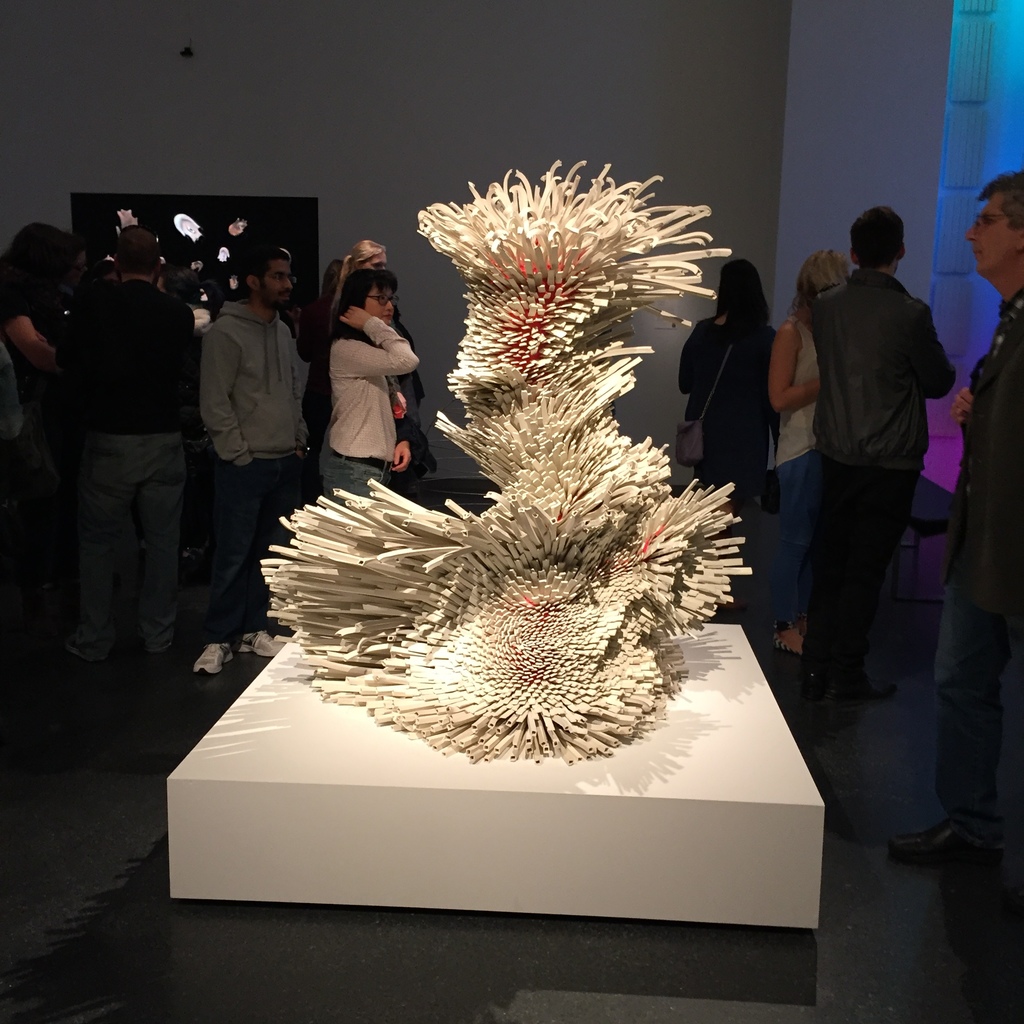 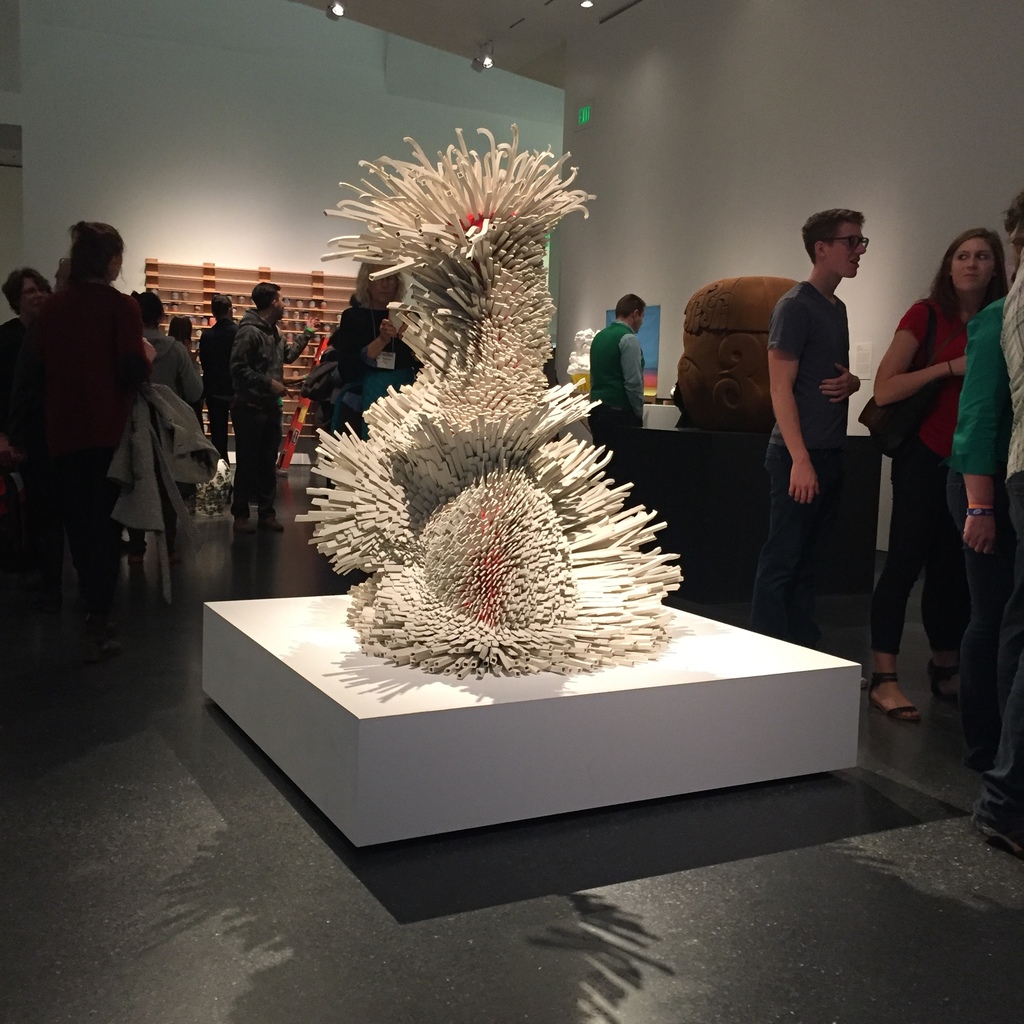 From raw textures and meticulous details to glazes bursting with color, the works on view in the new exhibition RARE EARTH: A SURVEY OF CONTEMPORARY CERAMICS at Mark Moore Fine Art provide fascinating insight into the experimental nature of the medium and the diversity that will de¬ne its future. This exhibition features important works by talents like Jeffry Mitchell, Zemer Peled, Meghan Smythe, and Dirk Staschke.

JEFFRY MITCHELL’S primary medium is ceramic and he is well versed in its traditions around the globe (references to Early American glazes, Pennsylvania Dutch pickle jars, asymmetrical Japanese aesthetic decisions and Chinese Foo Dogs abound). Mitchell takes a very direct approach to working, often eschewing refinements that commonly accompany many ceramic processes. The resulting pieces radiate an exuberant, unbridled immediacy. He feels that this unfettered approach is essentially relatable to our shared human experience. To explain this idea Mitchell talks about a fundamental familiarity with clay that we all carry with us from our formative years. Perhaps we came to it through playing as children making mud pies or maybe it was making pinch pots in elementary school, regardless he feels that clay is a material that is universally relatable at a very basic level. The imagery that he uses is also very accessible. Bears, elefants (he prefers ‘f’ to ‘ph’), bunnies and flowers appear over and over in his work and though they can be definitely be related to his own personal story he feels that these too spring from an early and universally familiar place. Throughout the work Mitchell seeks to tap into and broadcast a sense of vitality whether it be joyful or colored with more a complex mix of emotions. This through line can been seen in the thick, dripping glazes, the unabashed appropriation of decorative motifs and an unmistakable suffusion of playfulness.

ZEMER PELED'S work examines the beauty and brutality of the natural world. Her sculptural language is formed by her surrounding environment and landscapes, and engages with themes of memories, identity, and place. The association of porcelain with grace, refinement, and civilization is turned on itself when we are confronted with this material in another state. When a porcelain form is broken down into shards, the brutality of its jagged edges is juxtaposed with its insistent fragility. The material becomes both violent and beautiful, hard yet breakable. When seen in the organic formations of Peled’s structures, a whole from the shards is recreated, this time estranged from its original context of neatness, tradition, and cultivation, but nonetheless unified by an overall cohesiveness of movement and composition.

Her sculptures and installations consist of thousands of hand-crafted porcelain shards: a technique that yields a texture both delicate and severe. In some works, large-scale ceramic pieces appear airy, delicate, and fluffy, as if one's breath might break it. In others, Peled's fragments are geometric barbs that mysteriously take on an alluring form: offering a sense of softness despite a sharp actuality.

Peled was born and raised in Israel. She earned her MA at the Royal College of Art (UK). In recent years, her work has been exhibited internationally at venues including Sotheby & and Saatchi Gallery (London), Nelson Atkins Museum of Art (Kansas City) among others. She has been features in Vogue, O Magazine, Elle and other international publications.

Her work is found in many private collections around the world and Museum Collections such as Fuller Craft Museum, The Crocker Art Museum and Frederick R Weisman Art Foundation Museum. The artist lives and works in the United States.

Using a traditional sculptural format (the monument), MEGHAN SMYTHE captures contradicting extremes within human gesture: intimacy and brutality, beauty and ugliness, or the lewd and tender. In her attempt to achieve an "elegant vulgarity," she encapsulates moments that define our mortality in unanticipated ways; oftentimes toeing the delicate line between erotic and macabre tendencies that give way to life, and ultimately death. Glass, ceramic, and concrete are woven together in an elaborate, orgy-like web of body parts and organic artifacts, as if suddenly cast with Pompeii-like circumstances. Like excavated antiquities or fossils, Smythe's ceramic compositions allude to the cyclical nature of civilization - a dramedy in which all of the players are subject to conquest and demise.

Smythe (b. 1984, Kingston, ON) received her MFA from the Alfred University School of Art and Design (NY). Her work has been shown at the Arizona State University Art Museum (AZ) and the Gardiner Museum, Toronto (ON). She was the Visiting Artist in Residence at California State University, Long Beach (CA) from 2012-2014, where she continues to teach Ceramic Arts. The artist lives and works in Long Beach, CA.

DIRK STASCHKE is best known for his exploration of Dutch Vanitas still life themes in the medium of ceramics. His current body of work explores the space in between sculpture and painting. His work often uses meticulous representation as foil for examining skill and craft.

He received his BFA from the University of Montevallo followed by an MFA from Alfred University and has maintained an ongoing studio practice and extensive exhibition record for the last twenty years. During this time, he has taught at many notable universities, including Alfred University and New York University. His work has been shown internationally and resides in the permanent collections of several museums including the Smithsonian Museum in Washington (DC), Icheon Museum, World Ceramic Center (Gwango-dong) South Korea, Portland Art Museum (OR). He has received various artist’s grants including grants from The Virginia Groot Foundation and the Canada Council on the Arts.

For more information on these artists or additional press materials, please visit www.markmoorefineart.com, or contact us at: [email protected]