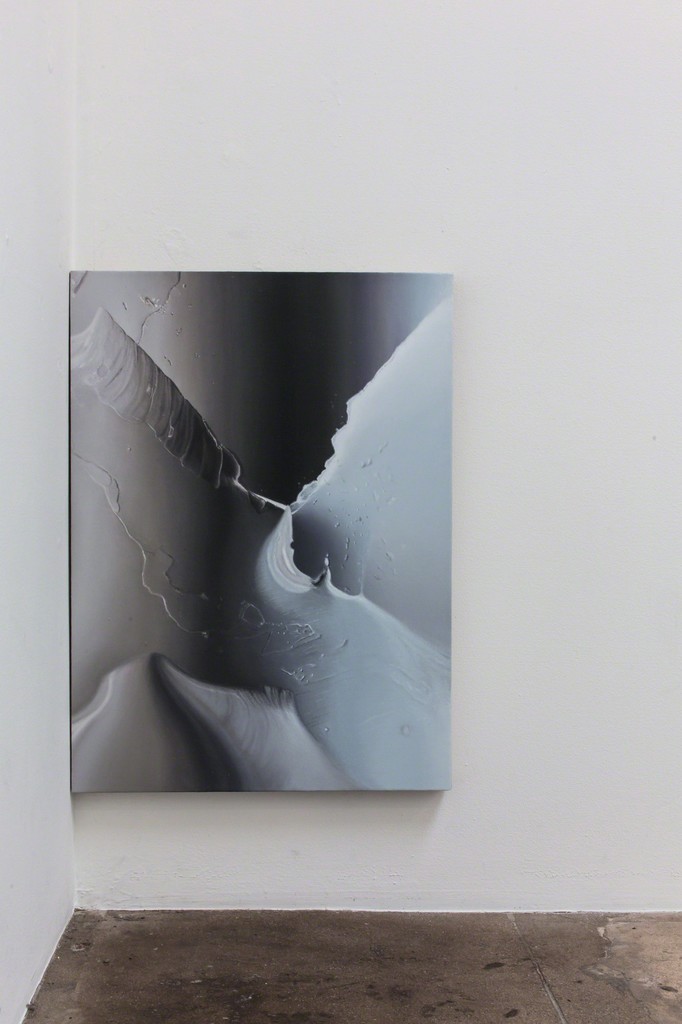 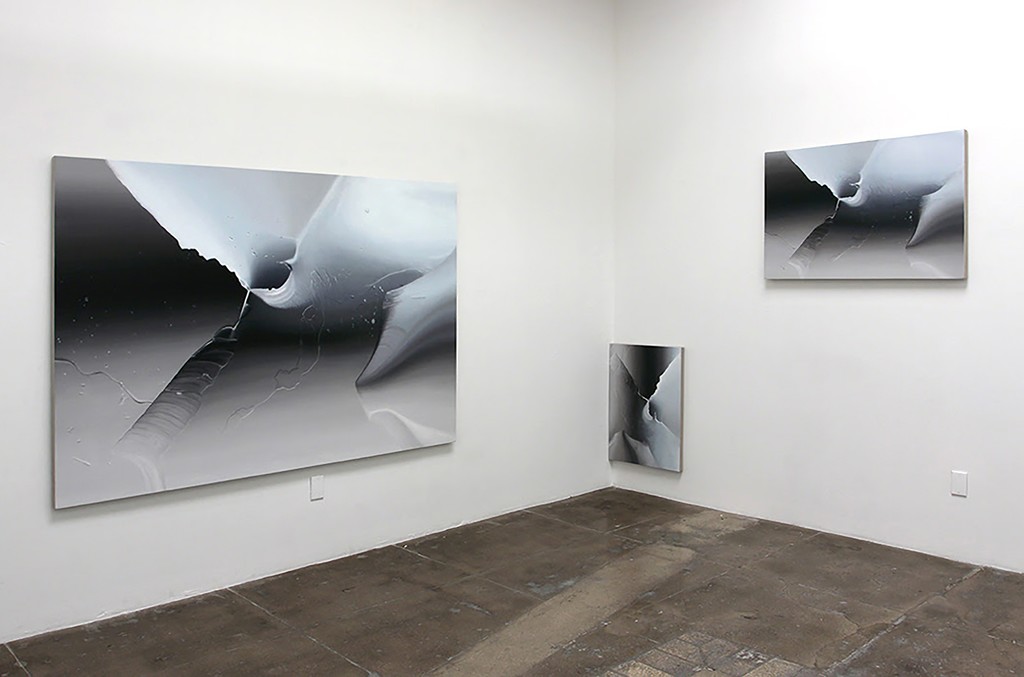 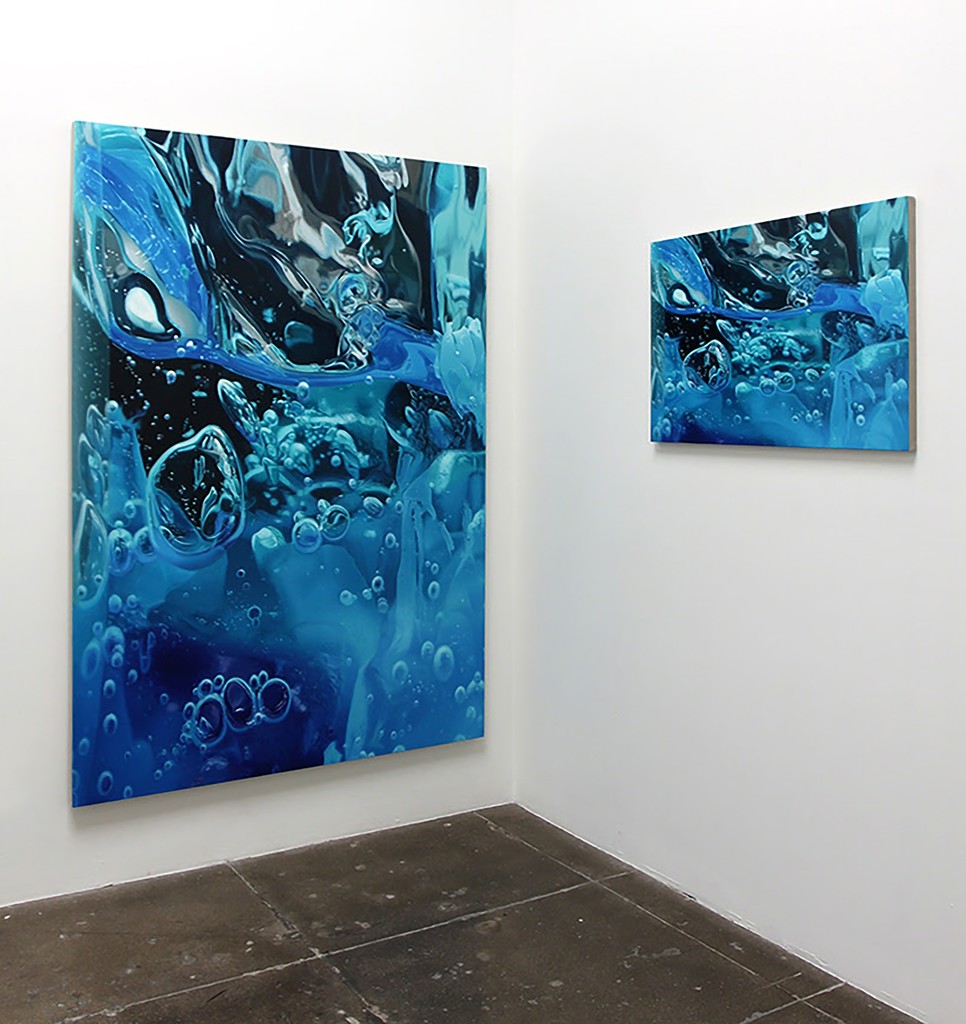 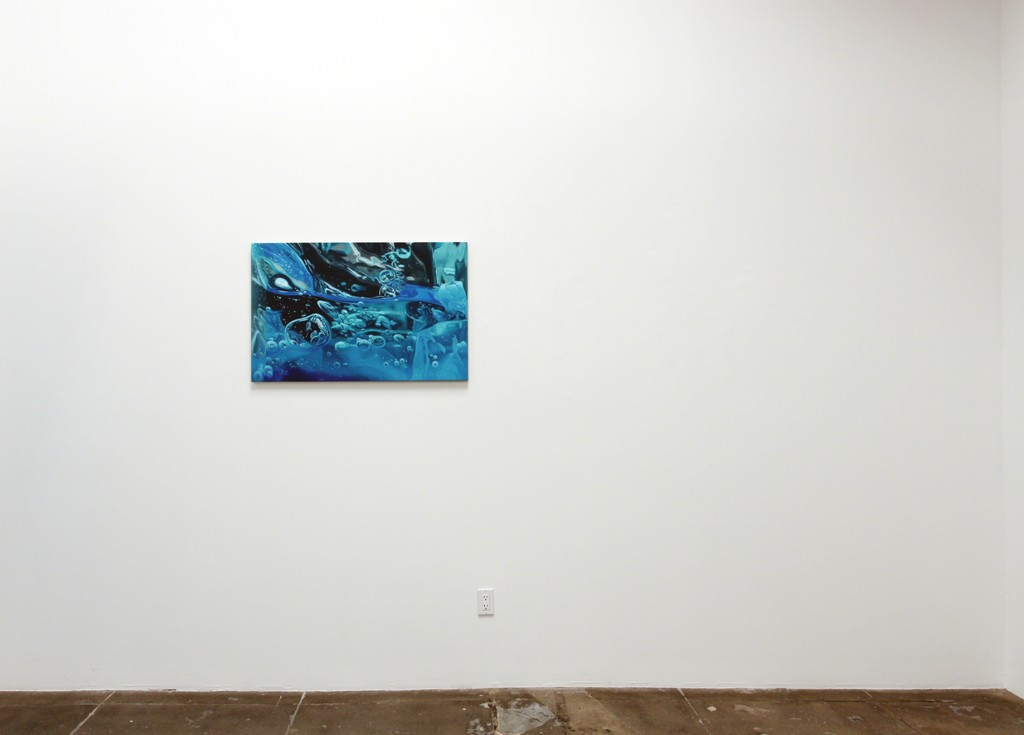 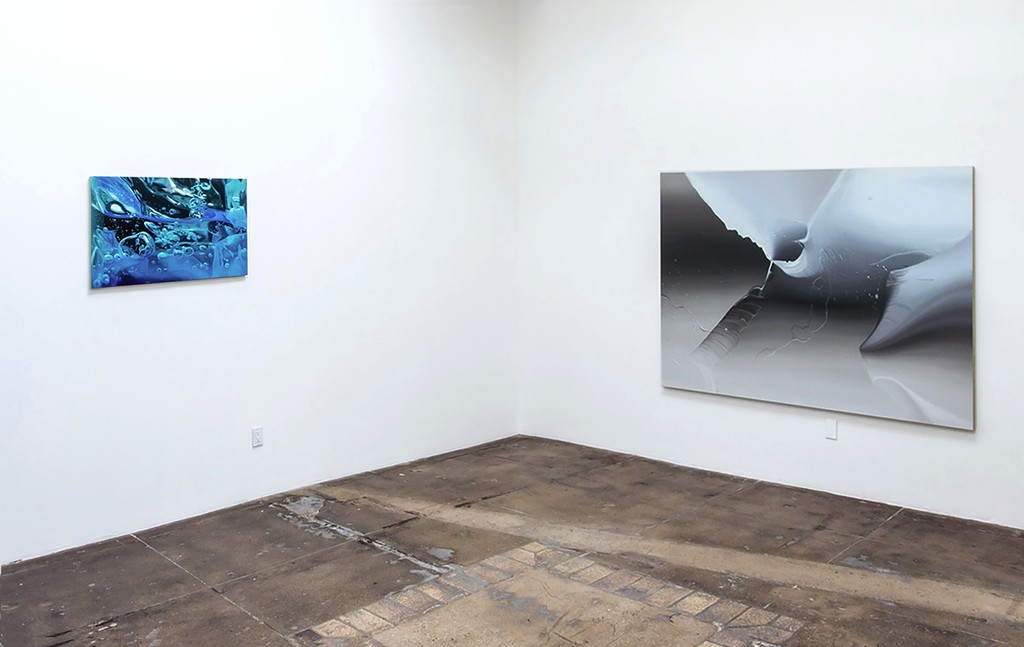 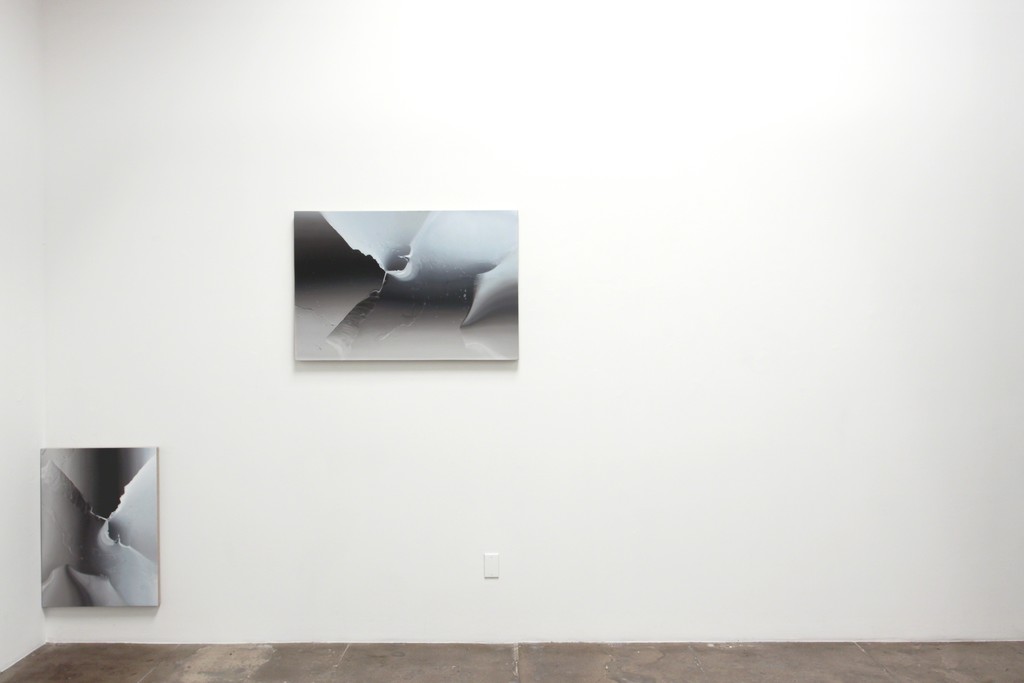 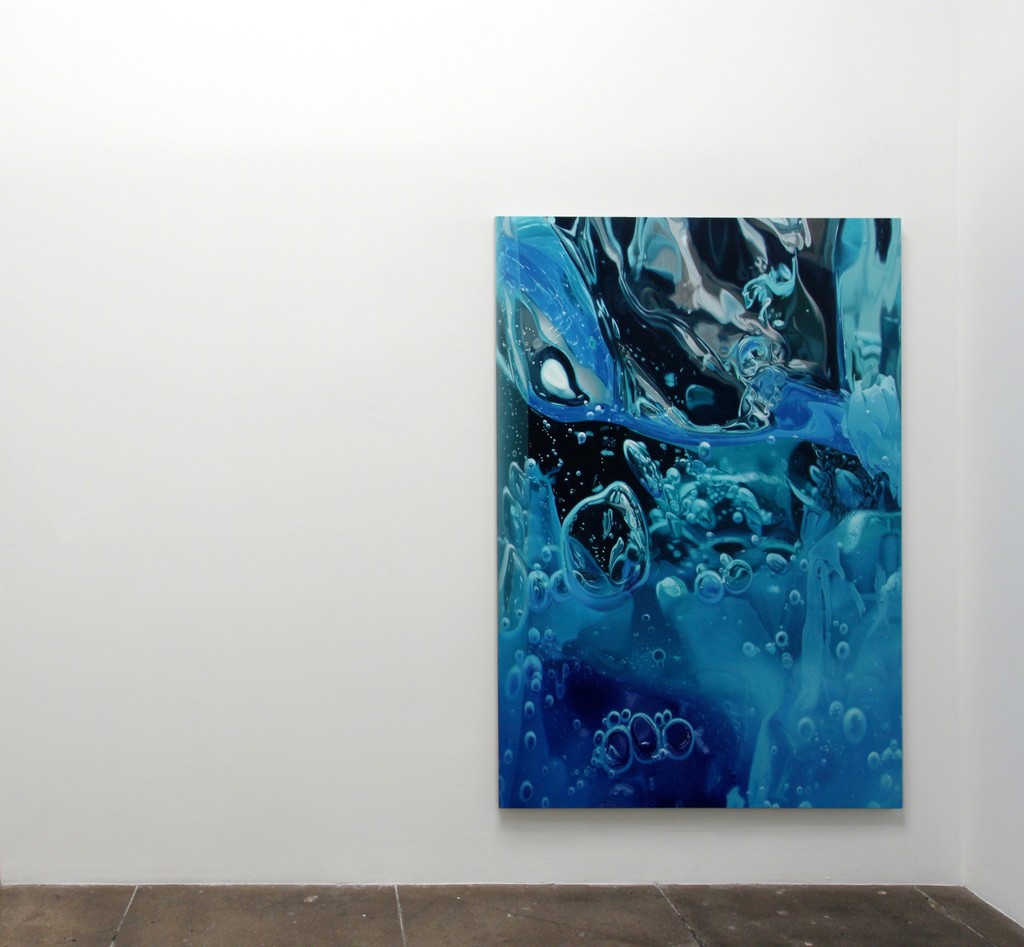 Mark Moore Gallery is proud to present Textures of You, a solo show of recent works by New York based artist Ben Charles Weiner. For this exhibition, Weiner has taken inspiration from synthetic body enhancement products such as hair gel and silicone, to create vivid paintings that reflect a cultural obsession with resisting our physical and mortal limits.

Within these lush yet uneasy works, Weiner explores painting as a precision performance. His attempt to create flawless images using traditional realist techniques is mirrored by the body-enhancing function of the products he depicts. Although Weiner employs a hyperrealist style, the resulting compositions verge on the unrecognizable; rich, swirling colors and tactile forms heighten the senses. While the works seduce, they also disorient, reflecting upon our alienation within a consumer culture that abstracts bodily needs into chemical processes. By utilizing synthetic materials alien to the senses, Weiner taps into anxiety cycles surrounding enhancement products and the fear of their volatile side effects.

Weiner's concern with consumer body culture's reductionism is further reflected in his formal themes and process. In his series of “Gel Monochromes” and “Silicone Paintings," Weiner invokes the painted monochrome's historical position as a hybrid of mass production and handcraft. The paintings' uniform color schemes and high definition imagery belie their origins as works of the hand. However, upon closer inspection, painted gestures and imperfections reveal the artist's process as one of deep personal engagement. Weiner further explores this human-mechanical duality through his use of repetitive imagery. Starting with the same base image, he works to create multiple painted compositions by rearranging formal elements and canvas dimensions-- a practice he likens to the use of stock textures in graphic design.

Weiner approaches these works with the idea that issues of preservation and mortality are central to the history of painting. His unique engagement with this medium involves a mixture of detachment and sentimentality. For Weiner, such playful dispassion is key in processing of what it means to be human as we integrate synthetic components and technology into our bodies.

Weiner (b. 1980, Burlington, VT) received his BA from Wesleyan University (CT). He also studied under Mexican muralist José Lazcarro at Universidad de las Americas (Mexico) and has worked closely with artists Jeff Koons, Kim Sooja and Amy Yoes as an assistant. He has exhibited his work widely across the United States and in Mexico with solo shows in Los Angeles, New York and Puebla, and group exhibitions in Chicago, New York, Miami, New Haven, Ridgefield, Los Angeles and Riverside. His paintings can be found in the Sammlung/Collection (Germany), the Progressive Collection (OH), and the Frederick R. Weisman Foundation Collection (CA). The artist lives and works in New York City.