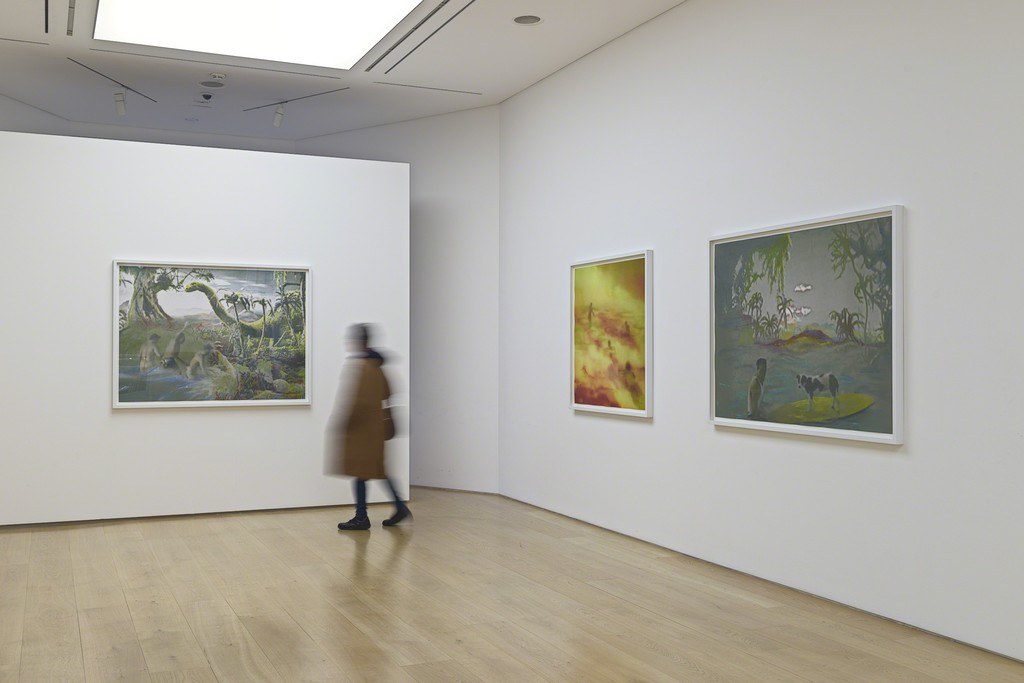 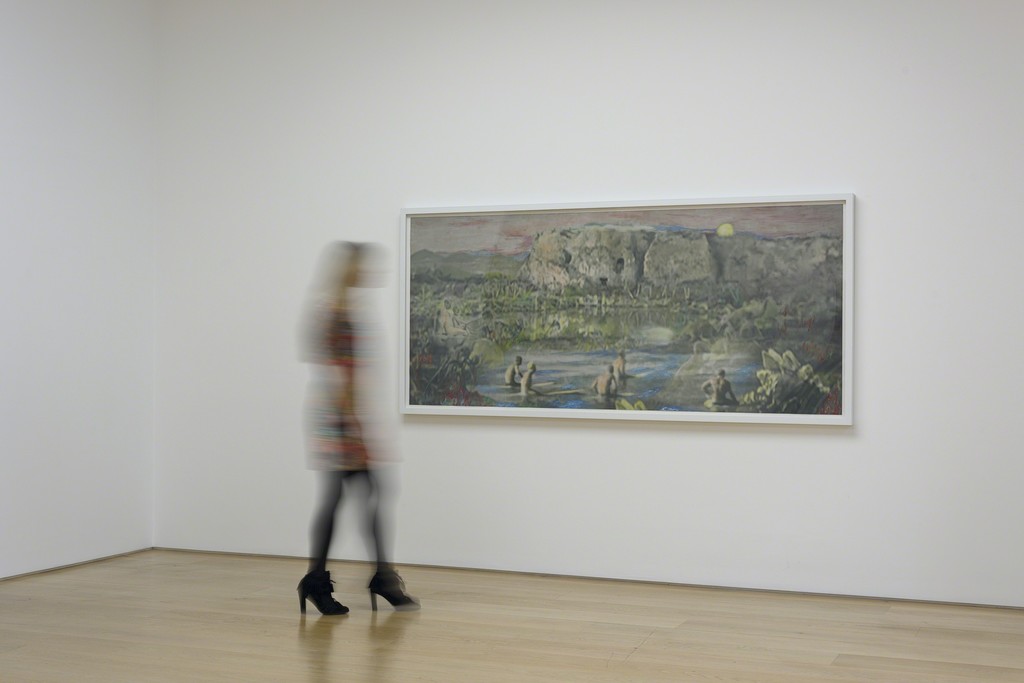 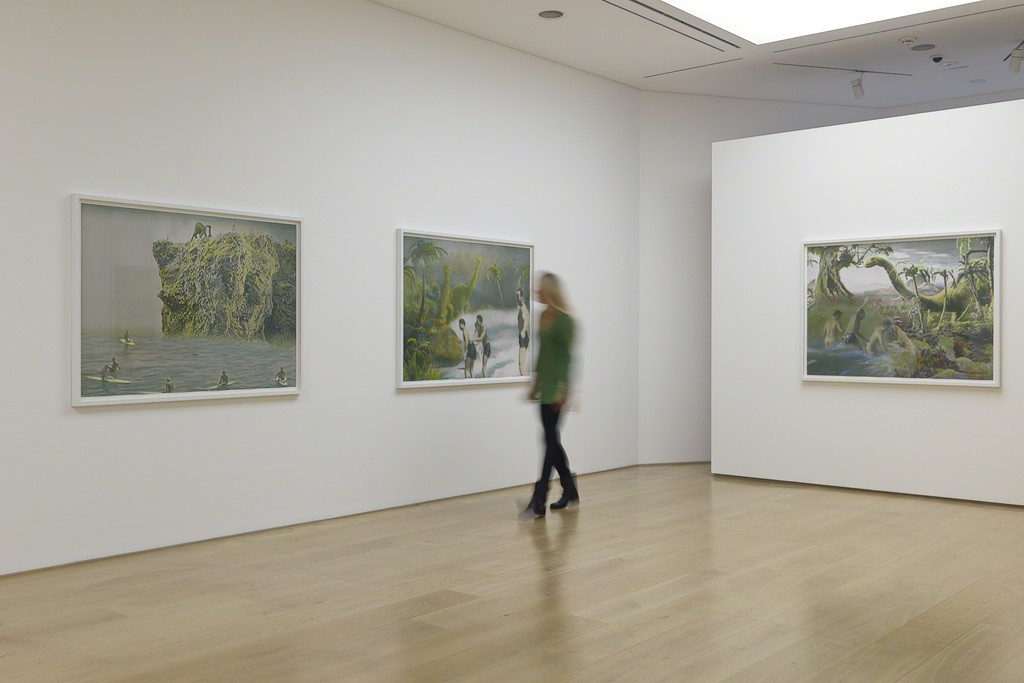 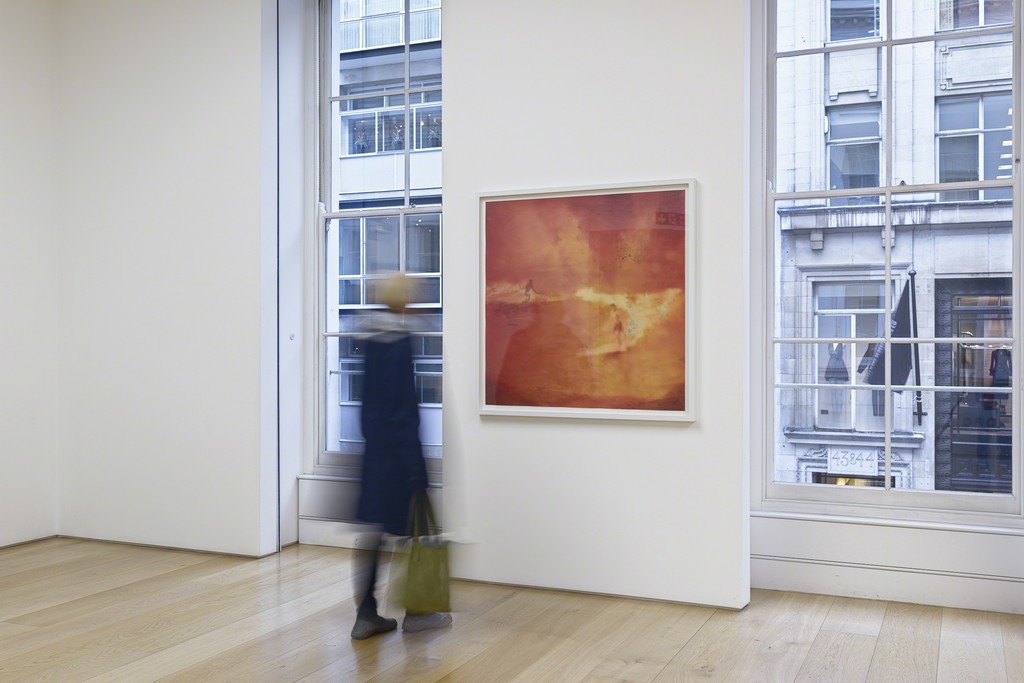 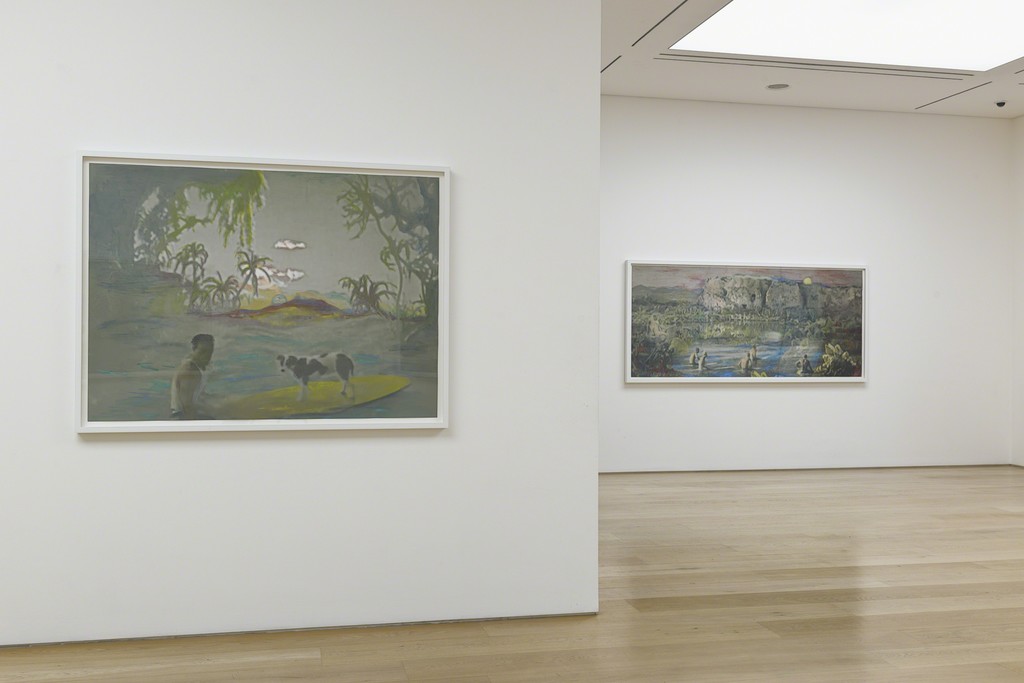 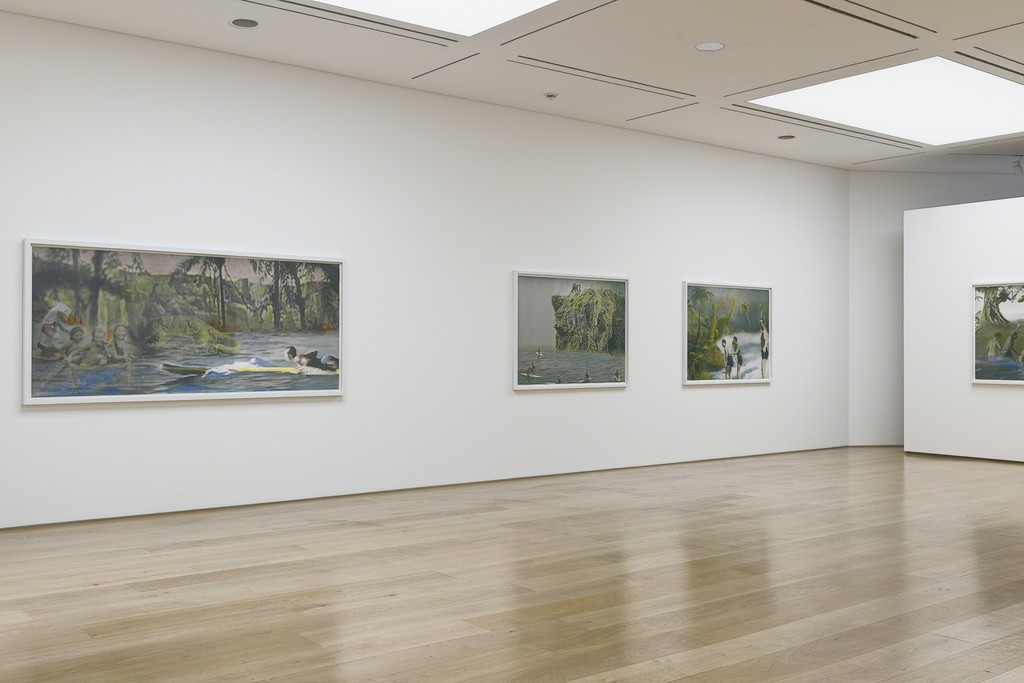 Charlie Don’t Surf explores generational relationships with imagery and visual culture, considering how associations adapt and alter over time. In a departure from the miniature paintings in oil and encaustic Golden is best known for, large-scale sumi watercolour and ink works reimagine found photographs and illustrations to embody an interrelation between past and present.

Appropriating the exhibition title from a line in the 1979 film Apocalypse Now, which in turn became the title of a song by the Clash, Golden’s new series of paintings use photographs of American soldiers surfing during the Vietnam War as a visual reference, juxtaposed with found illustrations from retro Science Fiction. Influenced by Sontag’s 1965 essay ‘The Imagination of Disaster’, Golden explores cultural anxieties in relation to visual culture; by painting the ‘unthinkable’ – be it conflict, apocalypse or a long lost time-period – the artist exposes universal concerns of the human psyche.