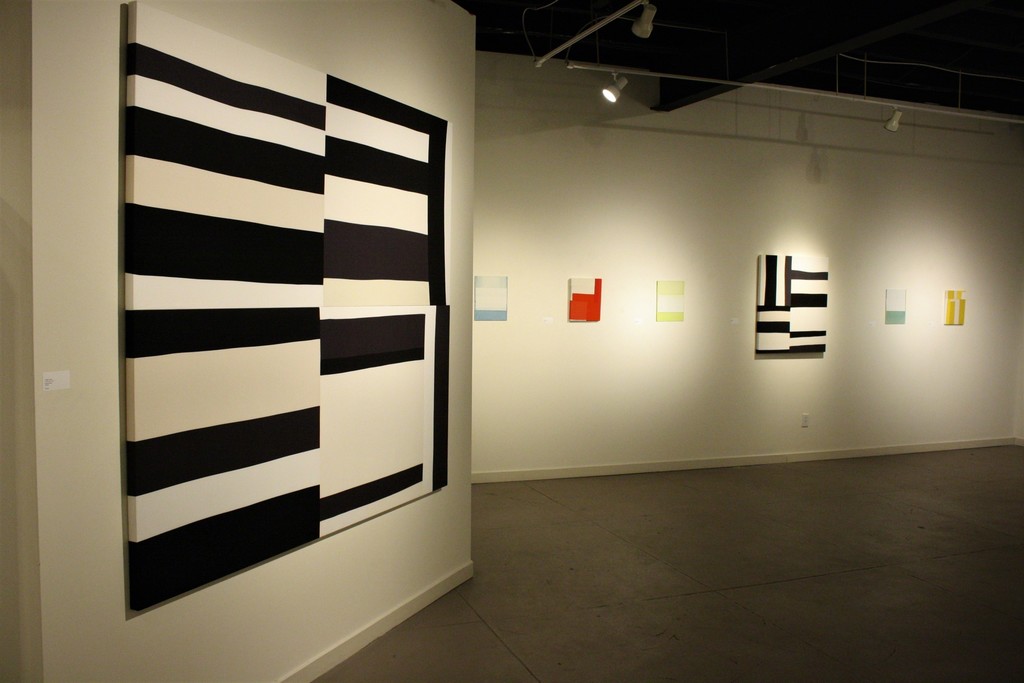 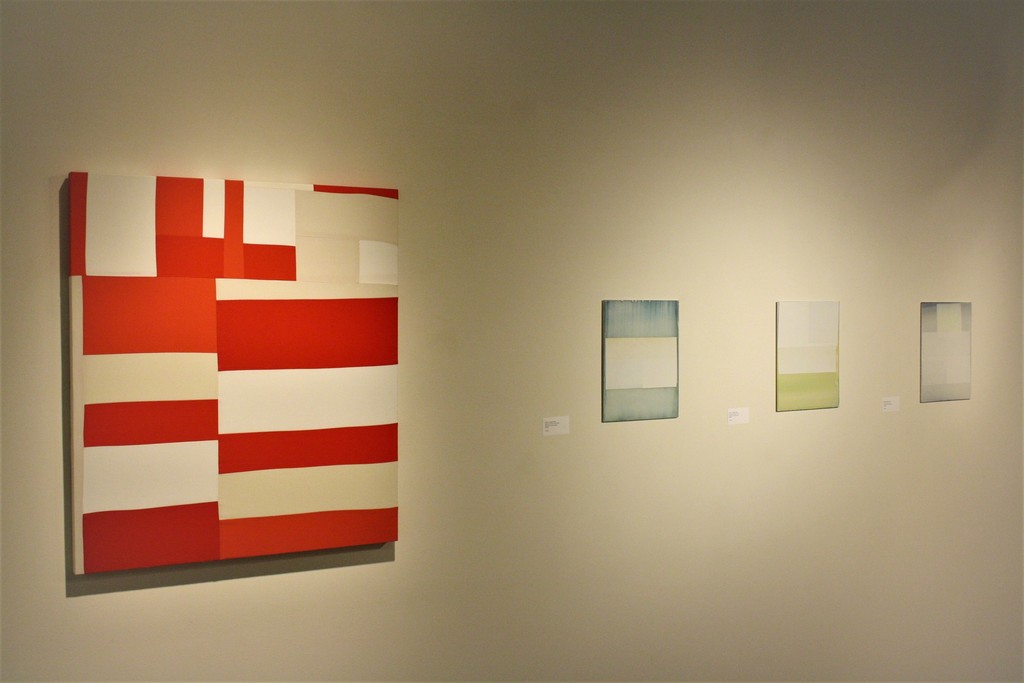 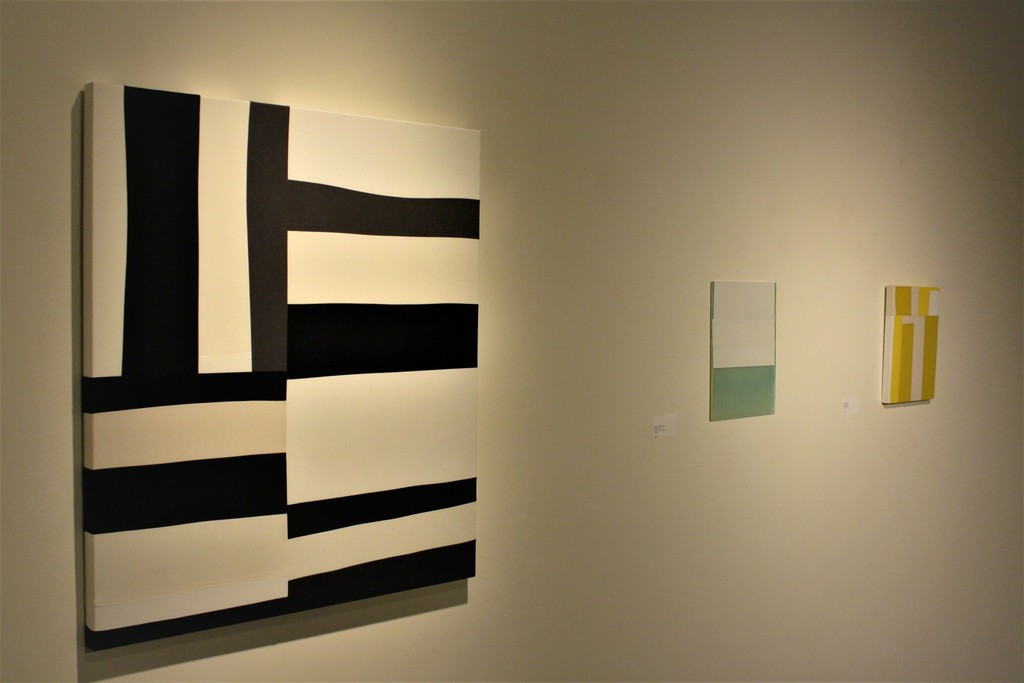 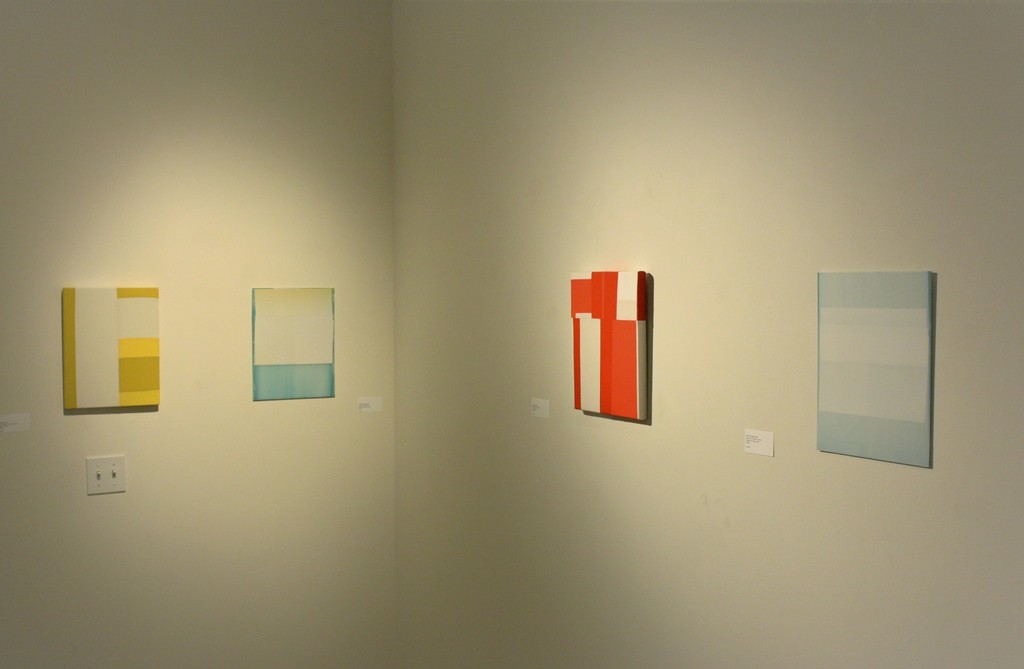 CINCINNATI, OH - Marta Hewett Gallery is pleased to present Between Earth and Sky, an exhibition of works by Heather Jones and Jeffery Cortland Jones. Both artists are inspired by the visually changing moments in the landscape, particularly at the horizon line is where color shifts constantly. The element of line is important in both their work, as they explore and accentuate those places where colors interact and transform. The gallery will host a discussion by the artists’ at 3 pm, describing their individual studio practices and processes, as well as their mutual influence and the logistics of having two studios at home while raising a family. This informal discussion will be followed by an opening reception from 4 - 6 pm. This event is free and open to the public. The exhibition will be on view from February 10th, through April 7th, 2018.

As husband and wife, and full-time professionals, both artists have developed a unique style in very different media, textiles vs. enamel on plexiglass, while nodding to the subtle influences they have on each other’s work. Jeffrey’s paintings have a pristine surface, with little indication of the hand. The transition from one color to another is, at times, imperceptible and achieved through the application of very thin layers of enamel paint on both the front and back of the plexiglass panel. His color is an exploration of subtle changes that occur between hues, opacity and transparency, matte and glossy surfaces, and warm and cool tones. The minimal and deceivingly monochromatic paintings are rich with layers of color that are pushed to the moment just before they become white. In contrast, Heather’s compositions are created by traditionally placing one piece of colored fabric next to another. Her palette is derived from a seemingly unlimited array of textile hues that are at her disposal. Her thoughtful combinations of fabrics are influenced by the work of Joseph Albers, considered the modern master of color theory, illustrating how colors shift in temperature, value and intensity when in proximity to each other. Heather’s recent works blur the lines between painting and textile art. Subtle color changes and striking geometric compositions flow through each artists’ work as both explore the shifting relationship of colors as they meet. The geometry shared by their works are influenced by the landscape – whether it’s rural dwellings or industrial architecture each artist finds beauty and inspiration in their surroundings.

Heather Jones is an artist, designer, and educator whose work questions and pushes traditional conceptions of both quilt making and painting. Her work is represented by Imlay Gallery, Montclair, NJ. She is a three-time winner of the Project Modern Quilt Design competition and a two-time finalist for the Martha Stewart American Made Awards. Her work has been exhibited widely at venues including the Taft Museum of Art, Cincinnati, OH (solo); Marta Hewitt Gallery, Cincinnati, OH; Iowa Quilt Museum, Winterset, IA; New England Quilt Museum, Lowell, MA; Boecker Contemporary, Heidelberg, Germany; Art on Paper Fair, New York, NY; the University of California, Berkley, CA; Raygun Projects, Toowoomba, Australia; and the University of Dayton, Dayton, OH. Heather’s first book, Quilt Local: Finding Inspiration in the Everyday was released in October 2015 by STC Craft, an imprint of Abrams, New York. Heather’s work has been featured in numerous books and magazines such as Martha Stewart Living; Lucky Spool’s Essential Guide to Modern Quilt Making; Modern Patchwork; Modern Quilting Magazine; and Curated Quilts. She teaches quilting and design workshops across the country, offers online classes through Creativebug.com, and has appeared on PBS’s Quilting Arts TV and Fresh Quilting. A native Cincinnatian, Heather studied art history at the University of Cincinnati’s College of Design, Art, Architecture, and Planning, earning both a Bachelors of Arts and Masters of Arts (ABT). She currently lives just outside the city on a small farm with her husband Jeffery Courtland Jones and two young children.

About: Marta Hewett Gallery has offered works by regional, national and international contemporary artists for 27 years. The gallery is located at 1310 Pendleton Street in Over-the-Rhine, downtown Cincinnati. Gallery hours: Tuesday through Friday, 10 am - 5 pm and Saturday, 11 am - 3 pm. Admission and Parking are free. For more information please call the gallery at 513.281.2780 or visit: martahewett.com