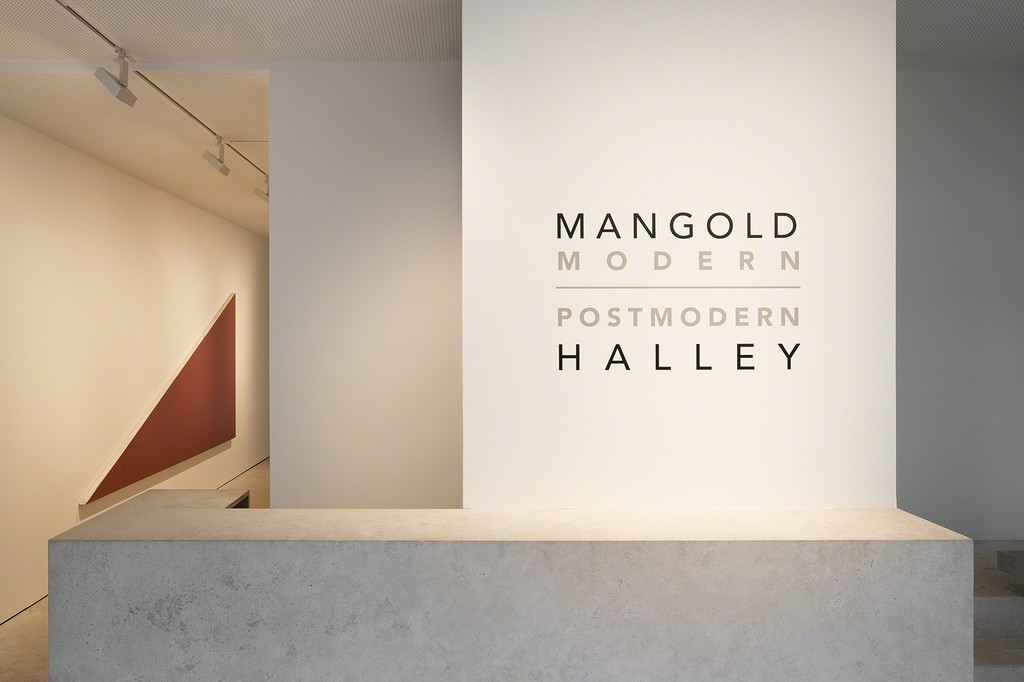 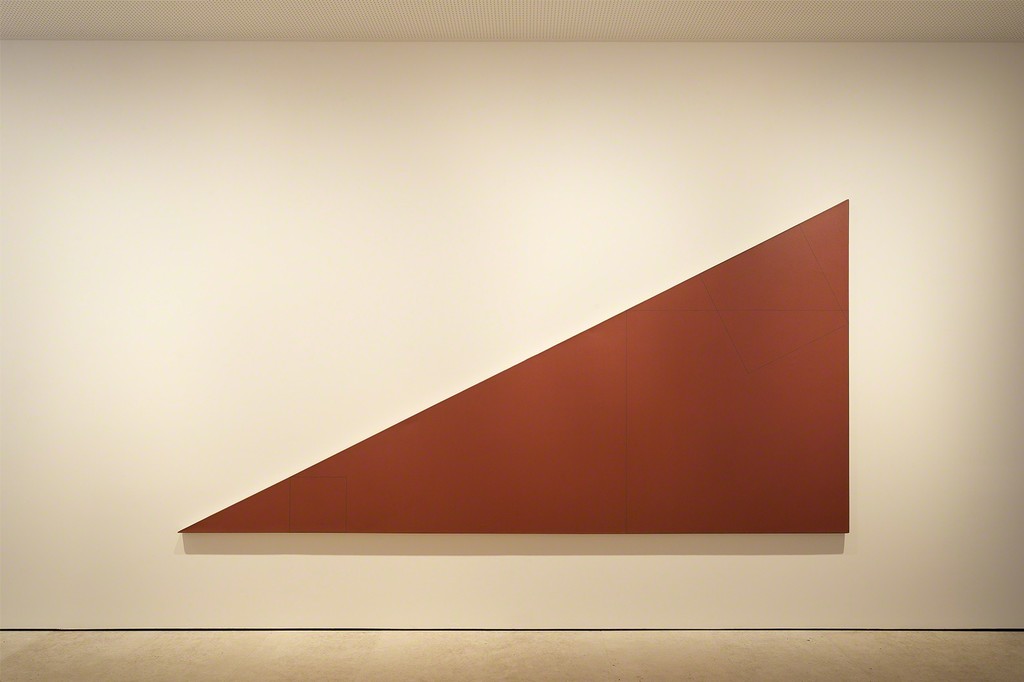 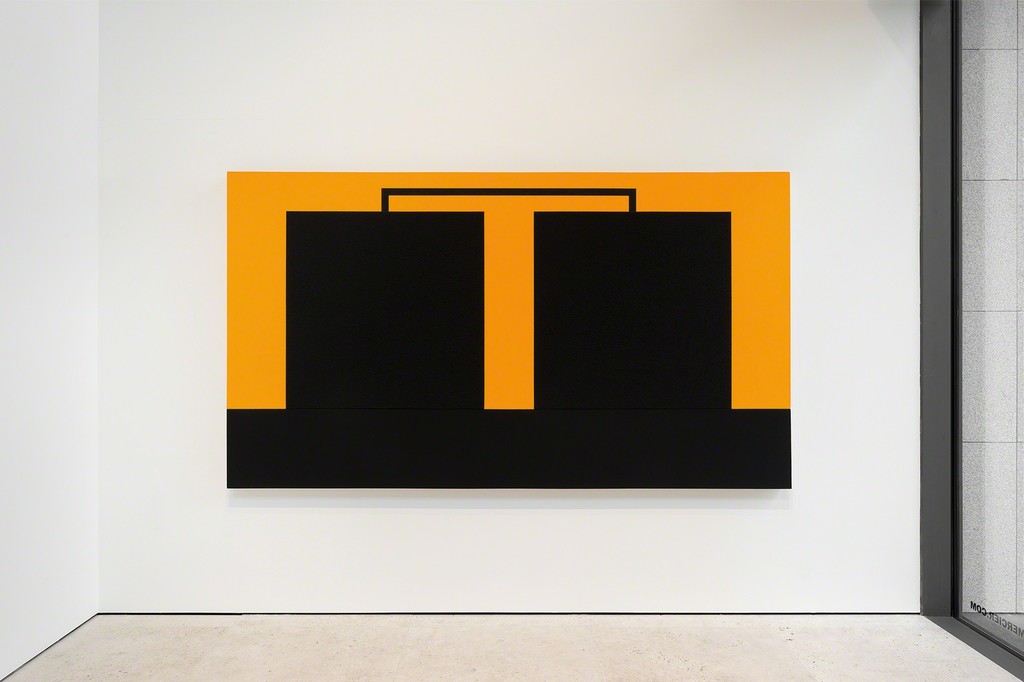 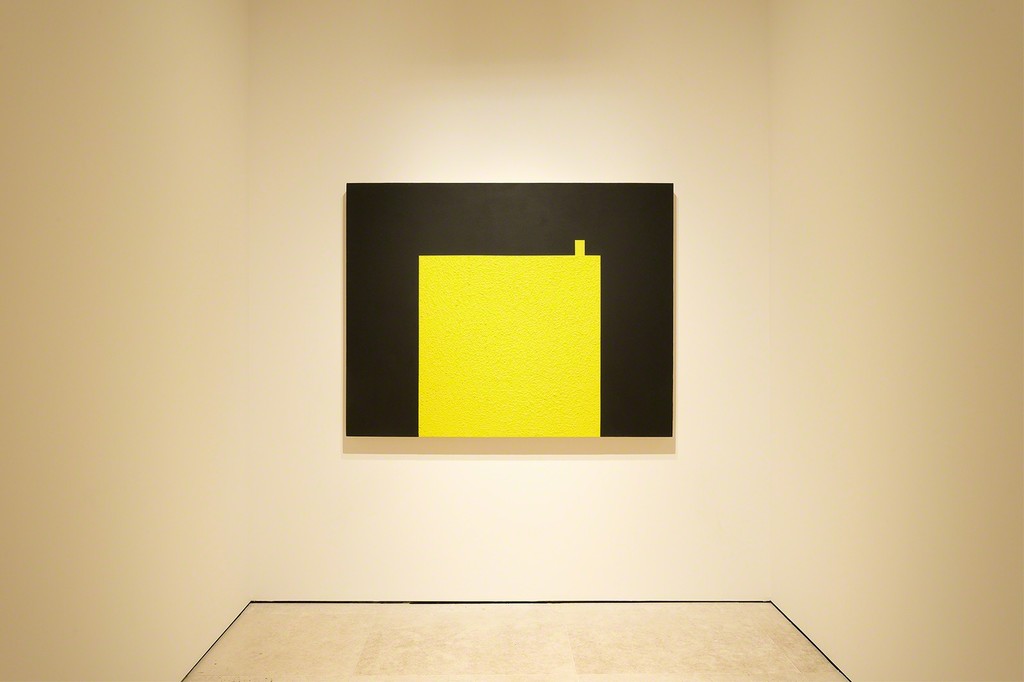 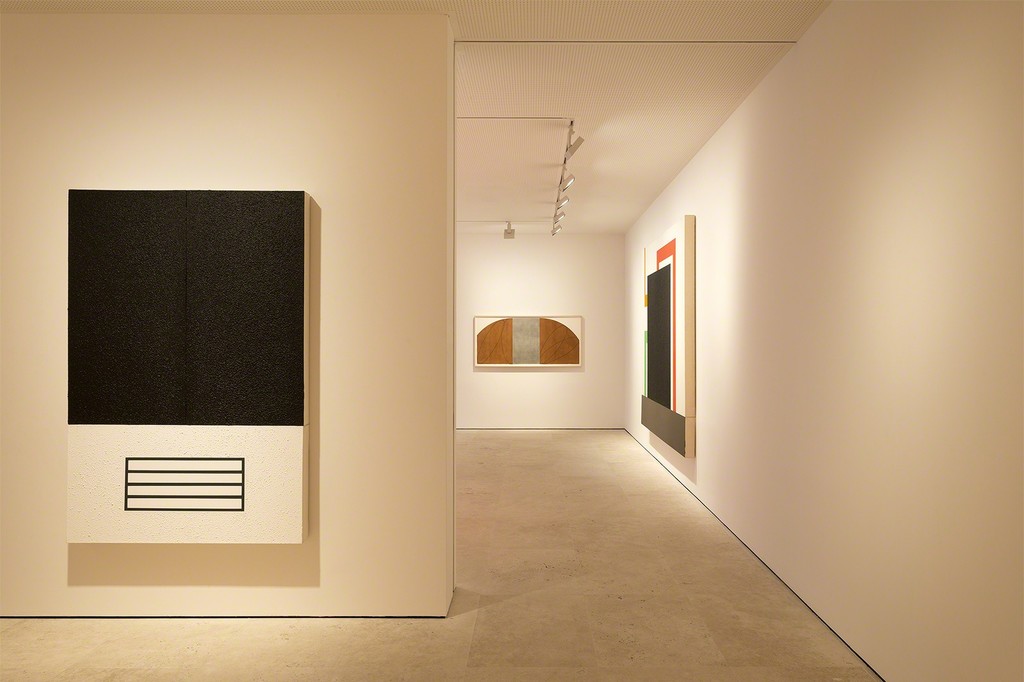 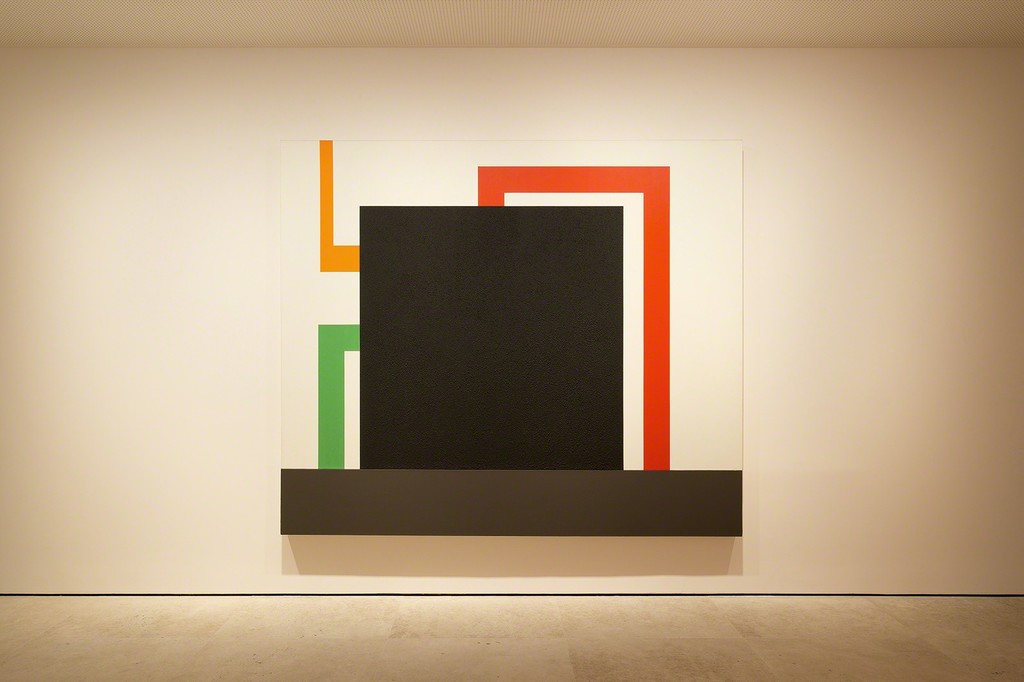 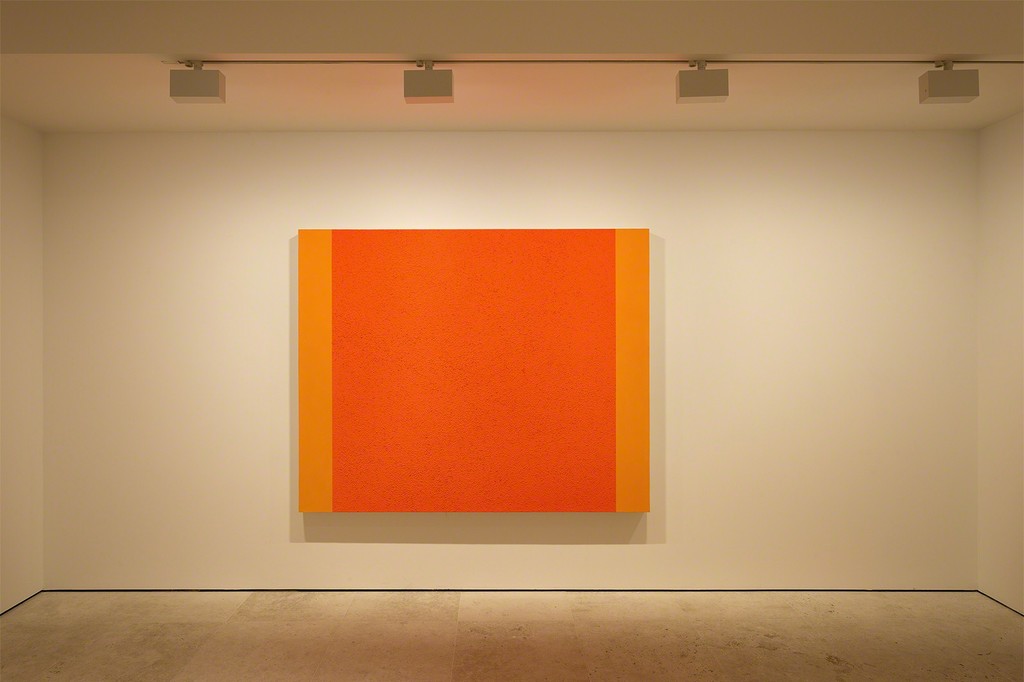 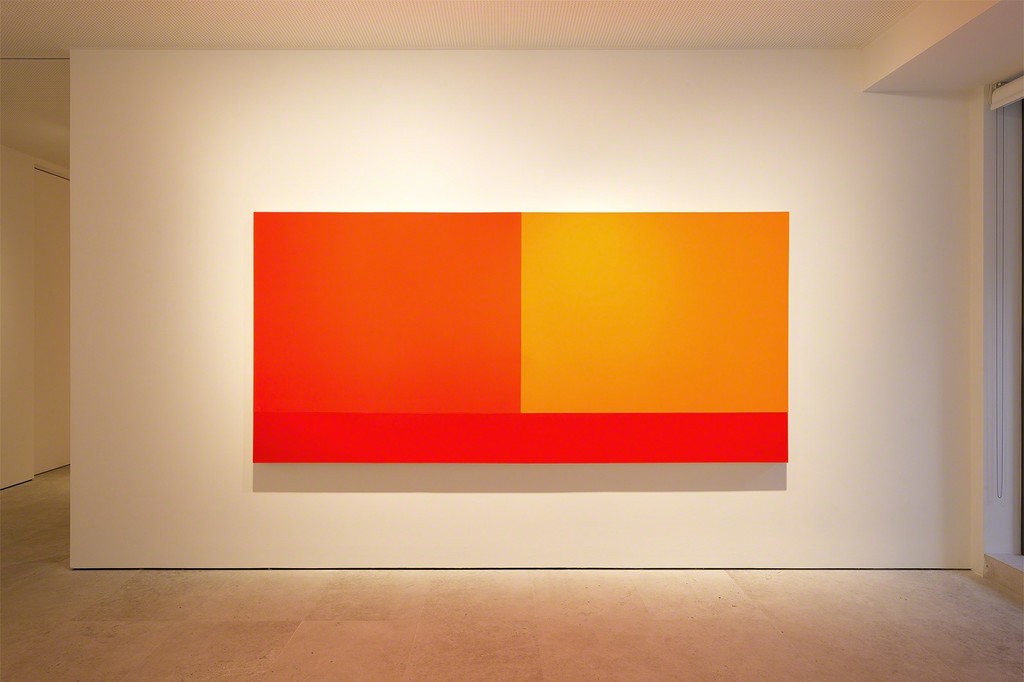 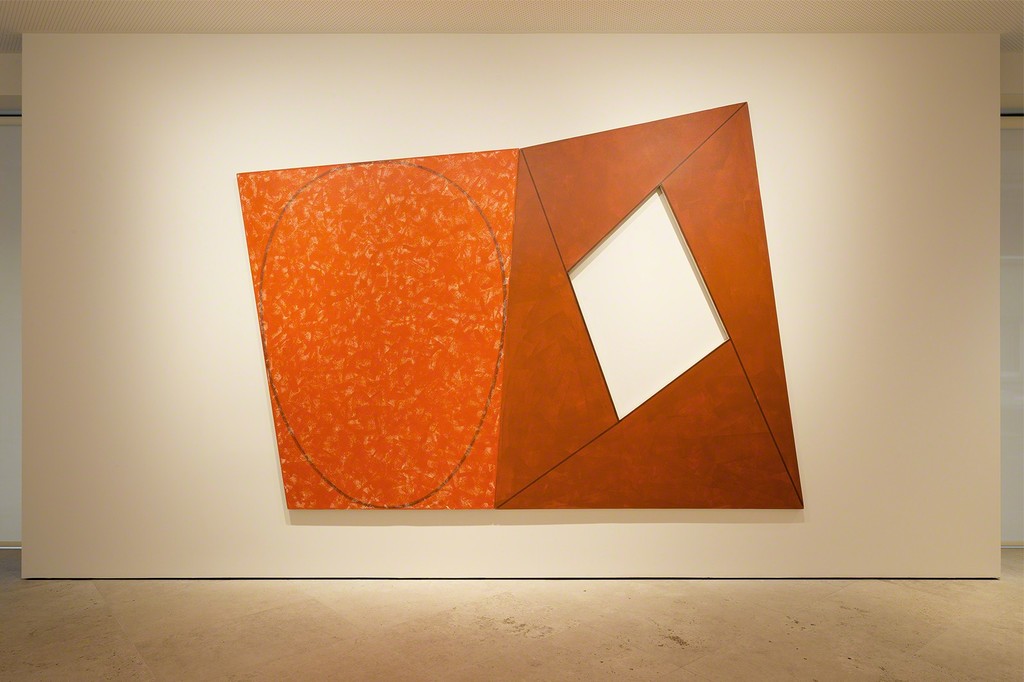 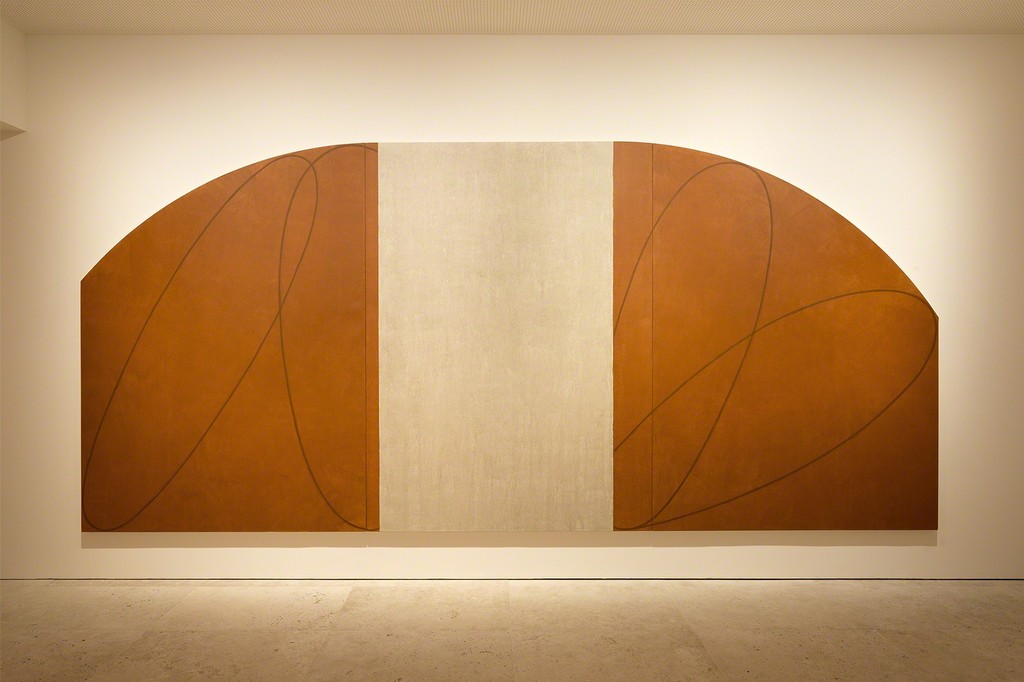 Robert Mangold is an American artist known for his contribution to Minimalism and his focus on the fundamentals of formal construction in painting, sculpture, and drawing. His shaped panel paintings use subtle modulations of color and precise graphite lines to confront the viewer with a difficult, yet meditative experience.“Robert Mangold’s paintings,” wrote the New York Times, “are more complicated to describe than they seem, which is partly what’s good about them: the way they invite intense scrutiny, which, in the nature of good art, is its own reward.” Mangold's work challenges the typical connotations of what a painting is or could be, and his works often appear as objects rather than images.

Born in 1937 in North Tonawanda, New York, he lives and works in New York City.

Peter Halley is a contemporary American artist best known for his brilliantly colored geometric paintings. Since the early 1980s, Halley's oeuvre has focused on abstractions of a single subject—a barred window from a prison cell. Over time, his compositions have become more intricate, as he has increased the number of conduits, prisons, and cells in each painting. Halley began to use colors and materials with specific connotations, such as fluorescent Day-Glo paint, mimcking the eerie glow artificial lighting and reflective clothing and signs, as well as Roll-a-Tex, a texture additive used as surfacing in suburban buildings. Often credited as an early example of the Neo-Geo movement, Halley's Minimalist work serves as a critique of the mass globalization, commercialism, and digitalization of modern life.

Born in 1953 in New York City, where he still lives and works.