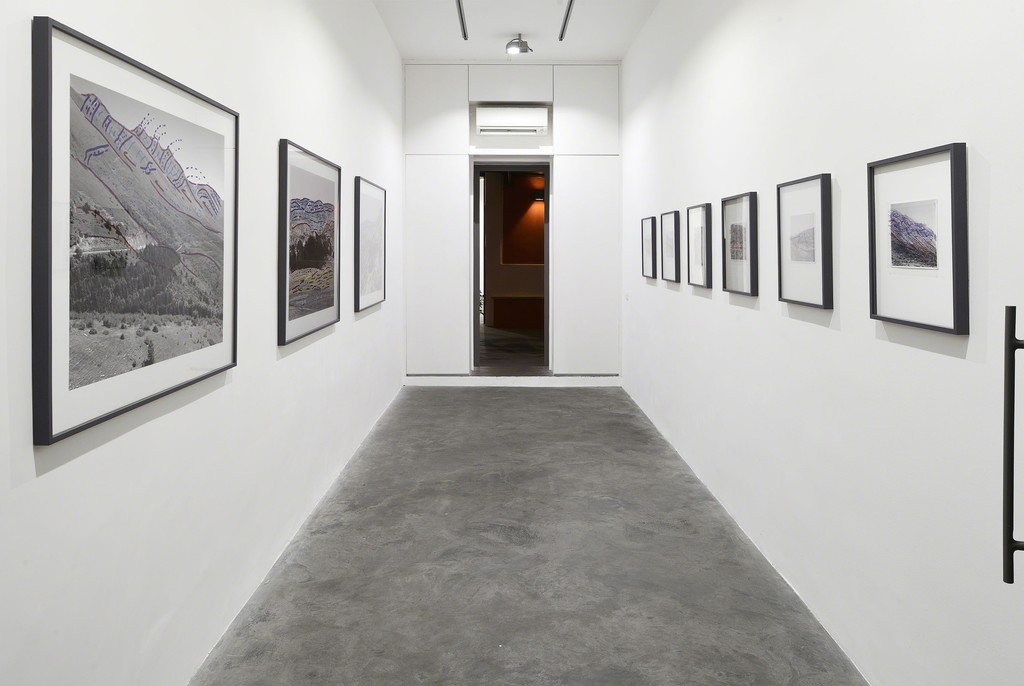 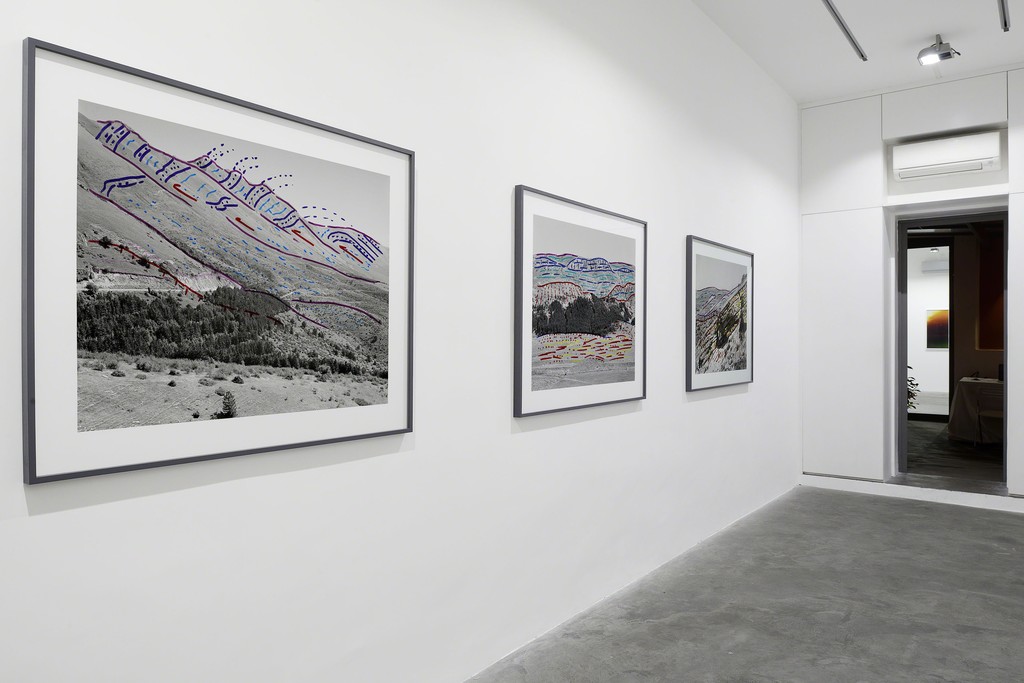 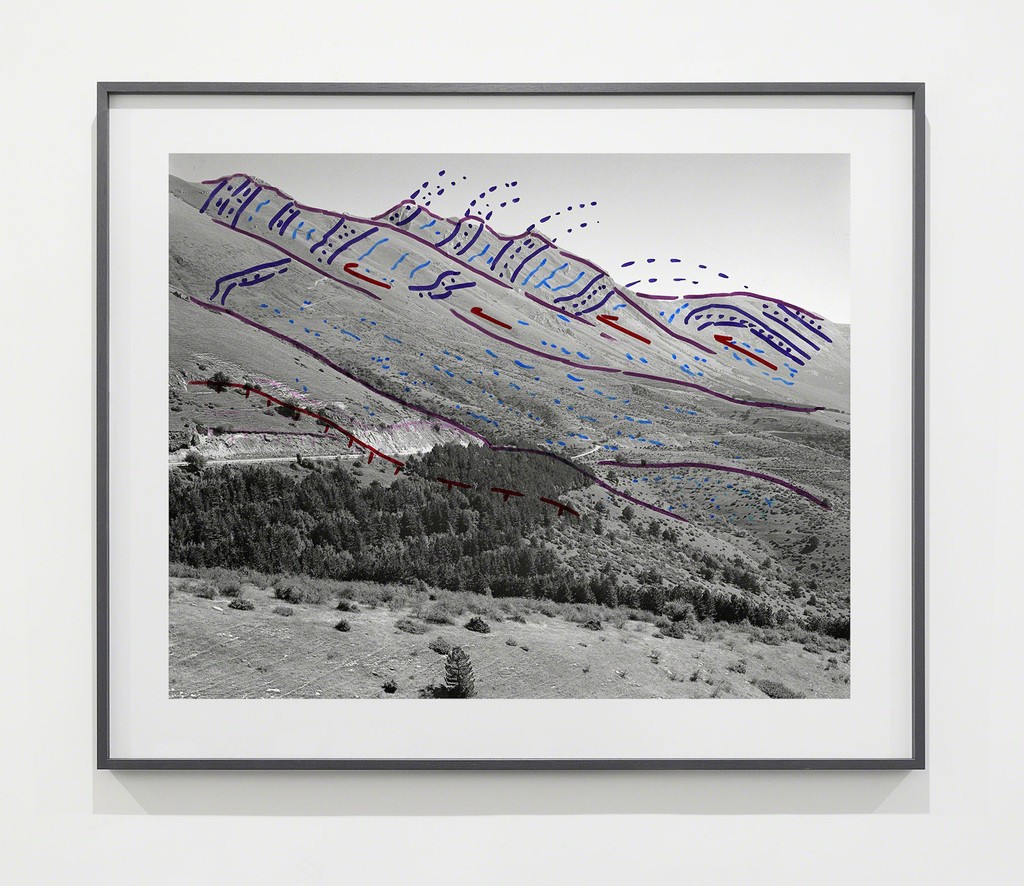 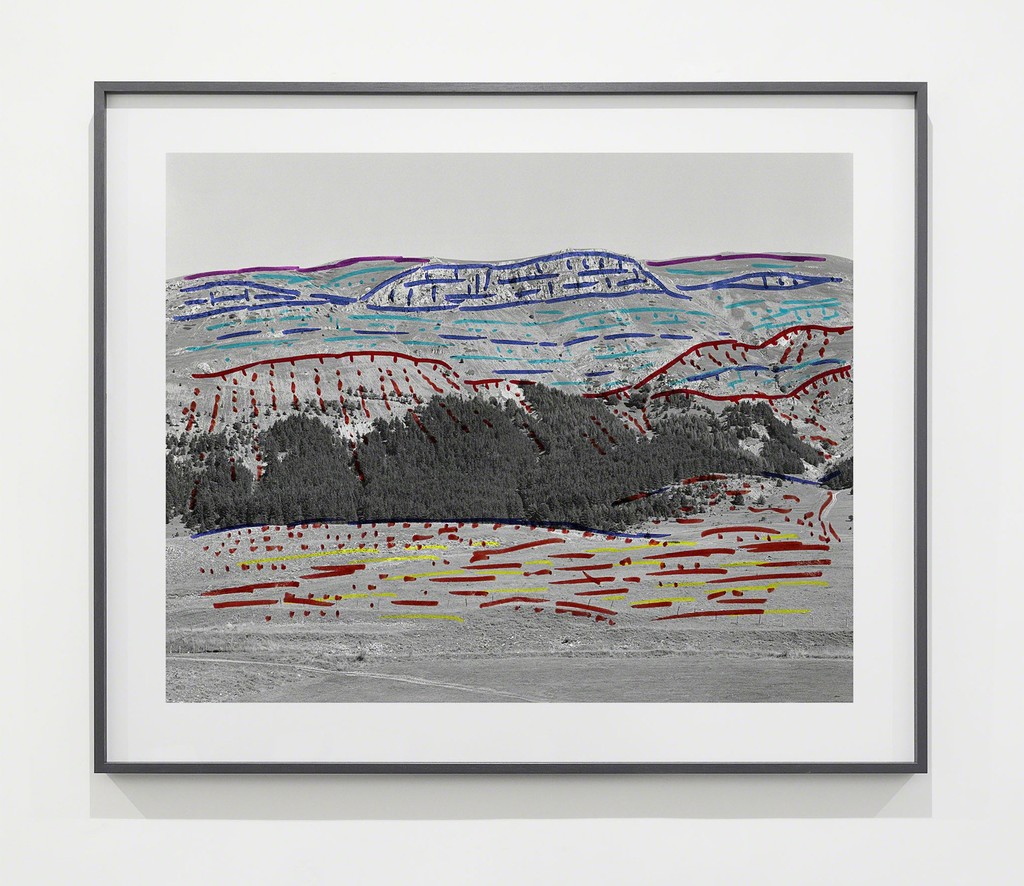 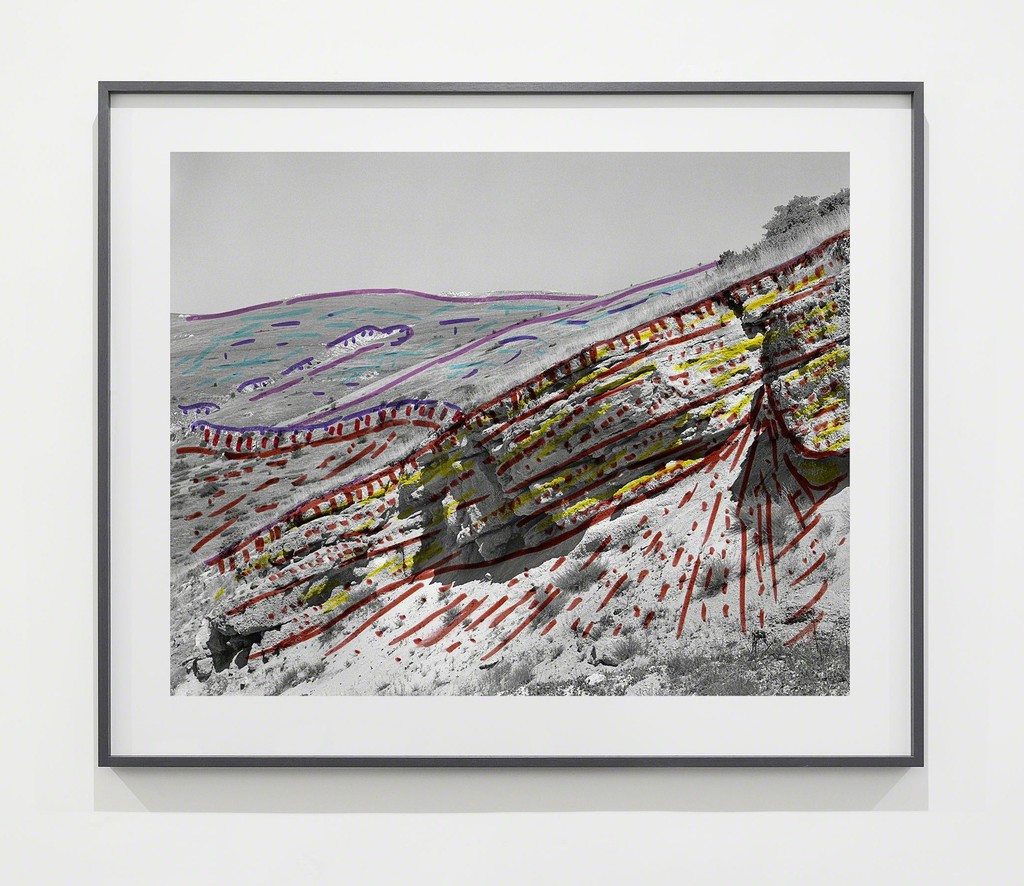 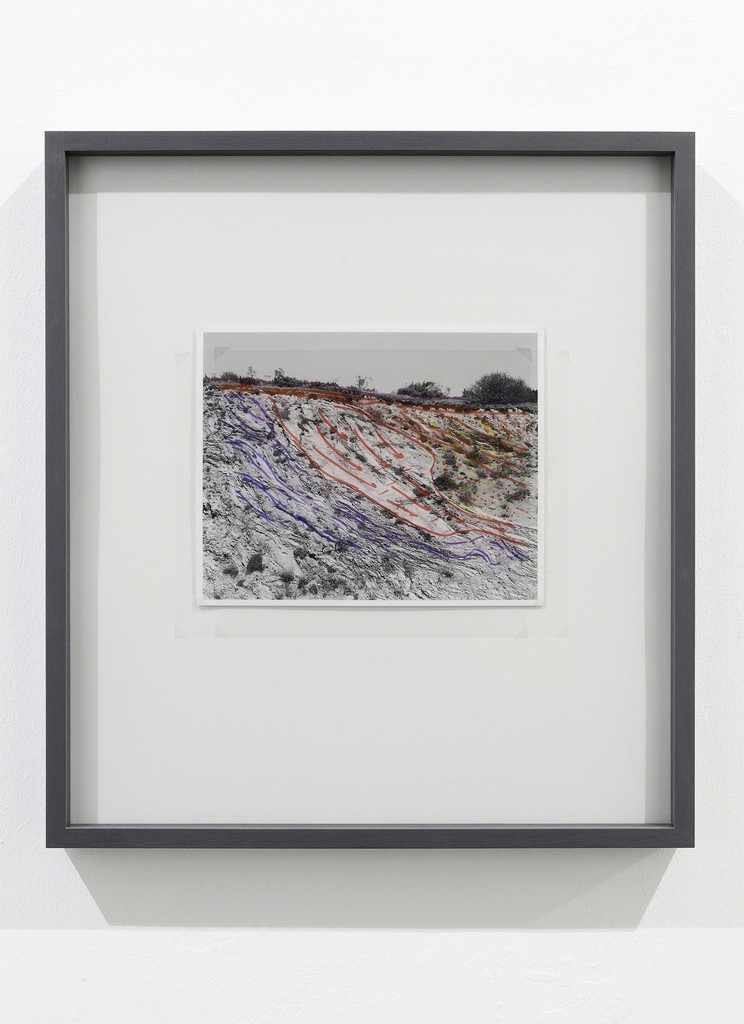 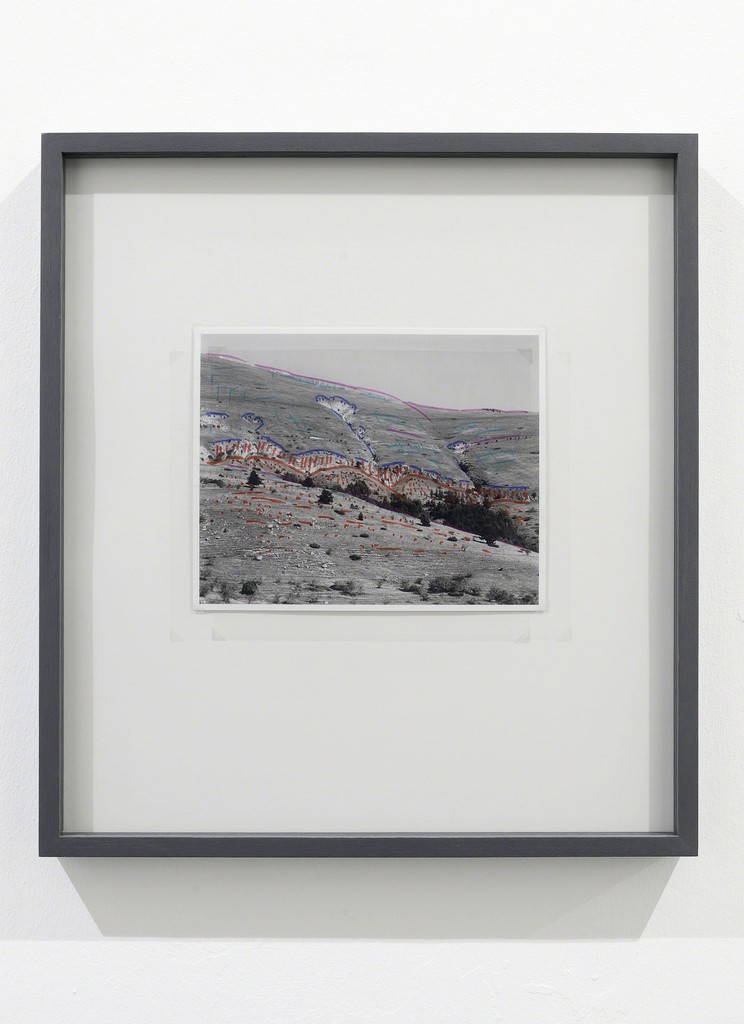 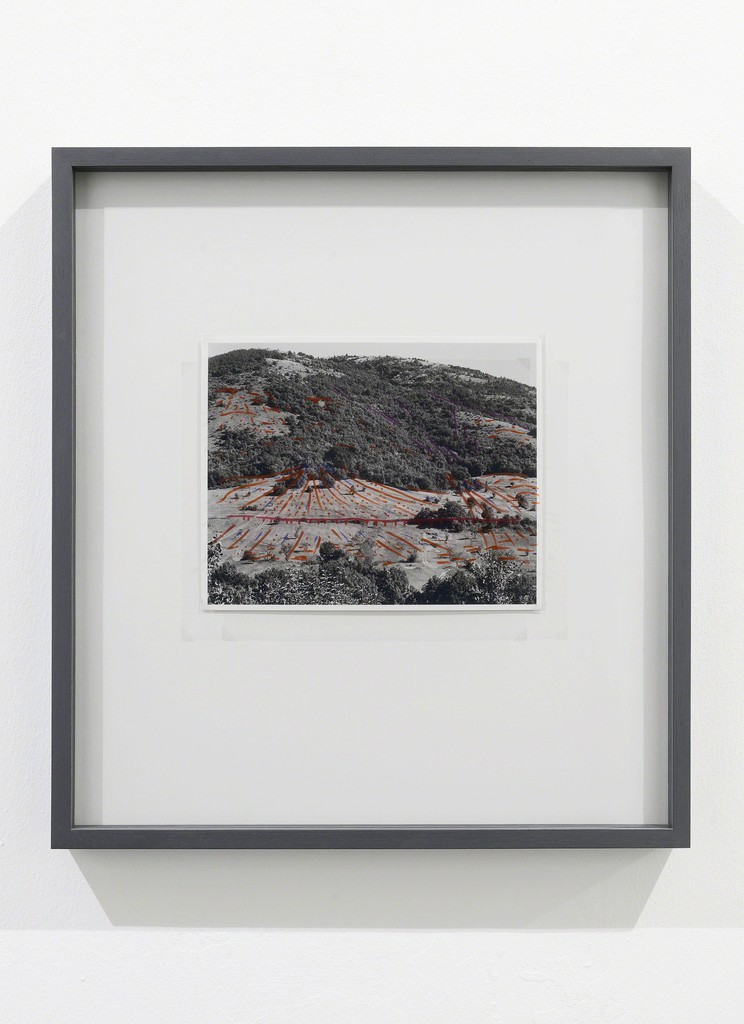 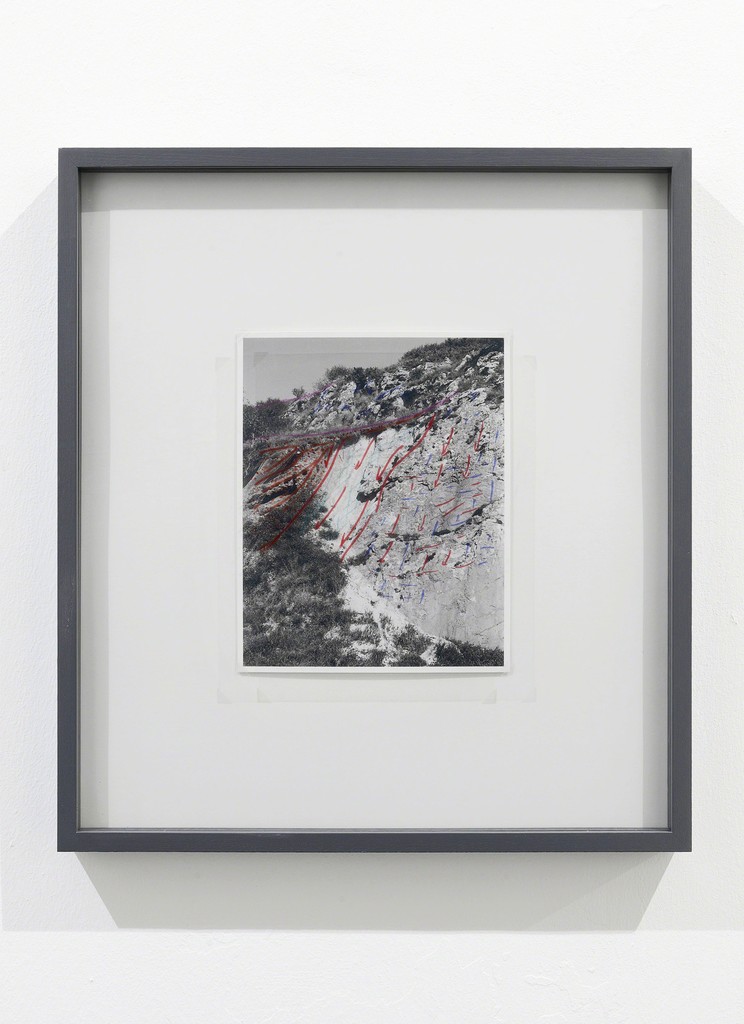 The work presented in Matéria’s first room, titled Homage to James Hutton, focuses on the aftermath of the earthquake that shook the Italian region of Abruzzo and the city of L’Aquila in 2009. The series, exhibited for the first time in its entirety, displays images of an antipodal nature to the substantial amount of photojournalistic projects that followed the event.
Barile applies a scientific detachment to the tragedy, finding fertile ground for his research in the collaboration with the geologist Antonio Moretti, whose technical diagrams, applied and layered onto Barile’s landscapes, encourage a meditative exercise on the complexity of landscape, its evolution and formation.

Matèria’s second room is home to three site-specific works that articulate the relationship, both physical and aesthetic, between the artist and the concept of temporality. Time, the central theme that connects the three exhibited bodies of work, is predominant in the production procedure itself. The final result of the Artist’s interaction with his surroundings stands as a testament to his bond and cohabitation with the exhibiting space and the city that circumscribes it.
Dust collected in the Gallery, lime powder, the stroke of a pen. These are all favored elements for the creation of work that functions as testimony of our personal and collective transient state; traces of presence that materialise in the form of starry skies, serpentines and monochromatic applications that slowly appear only to fulfill their destiny of eventually disappearing.