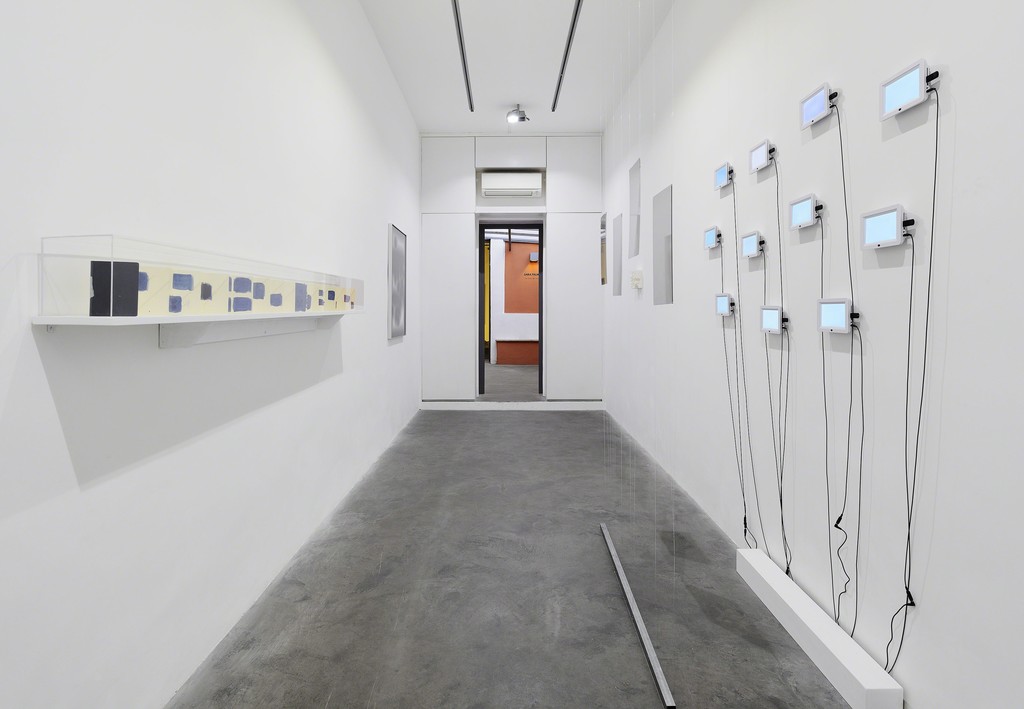 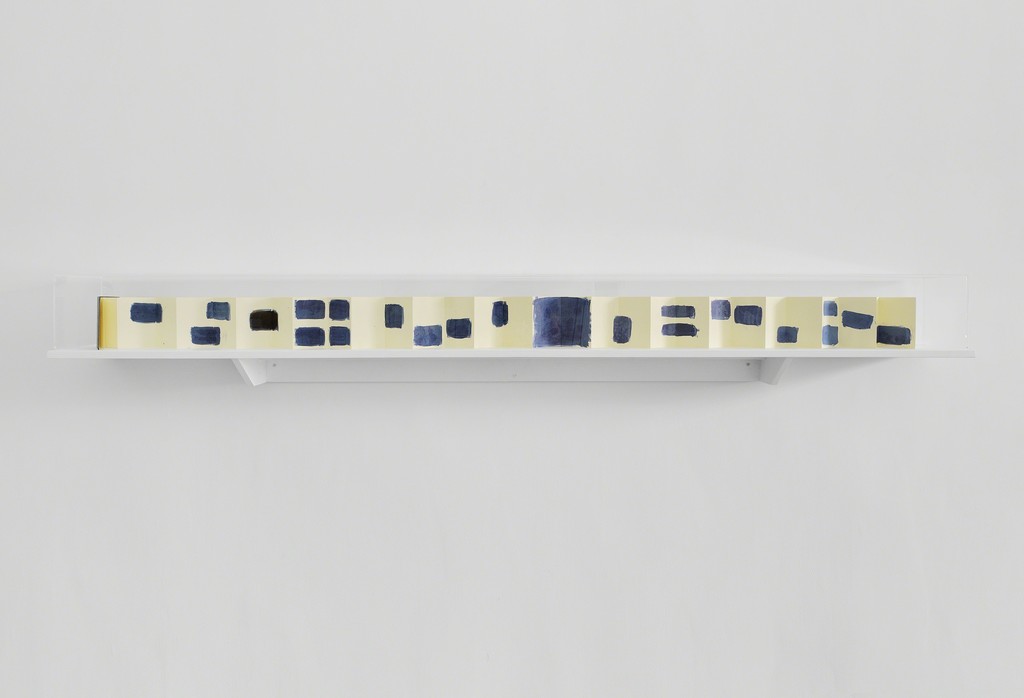 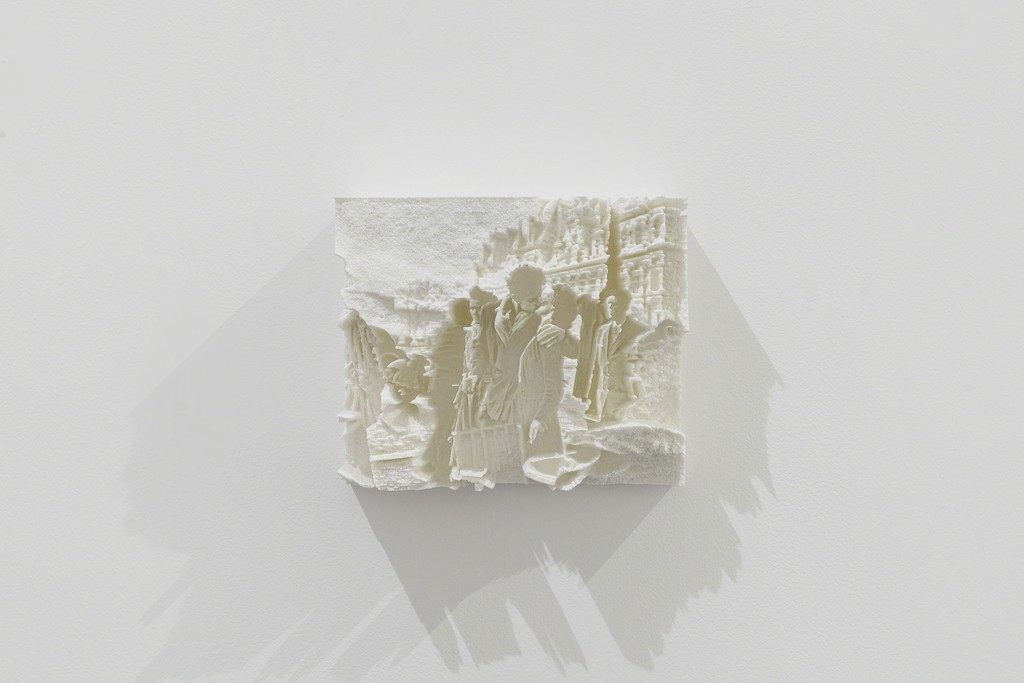 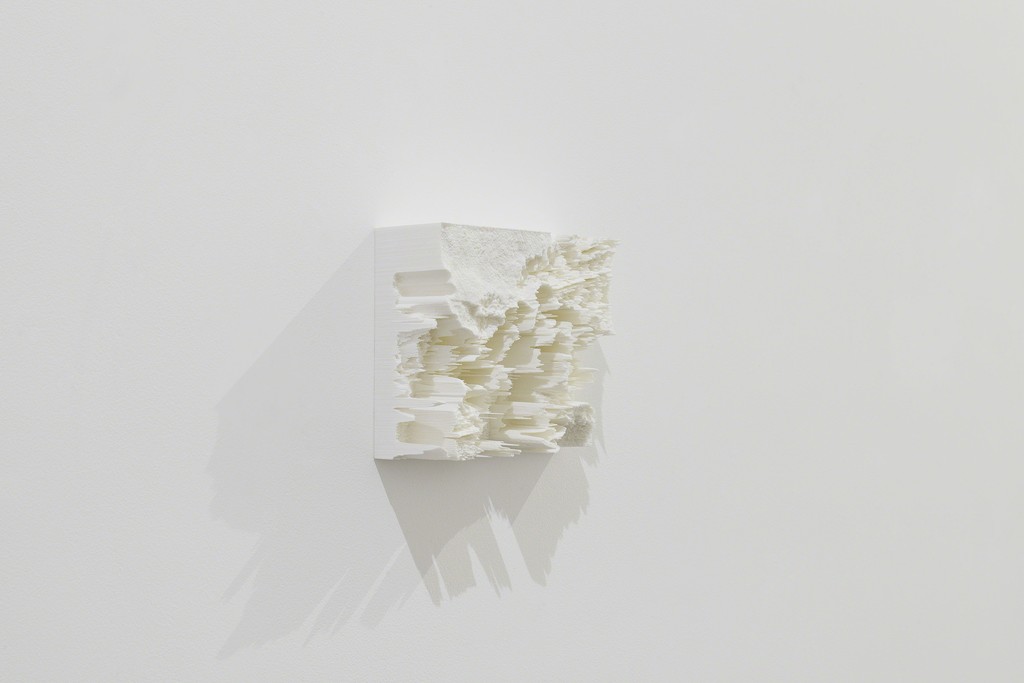 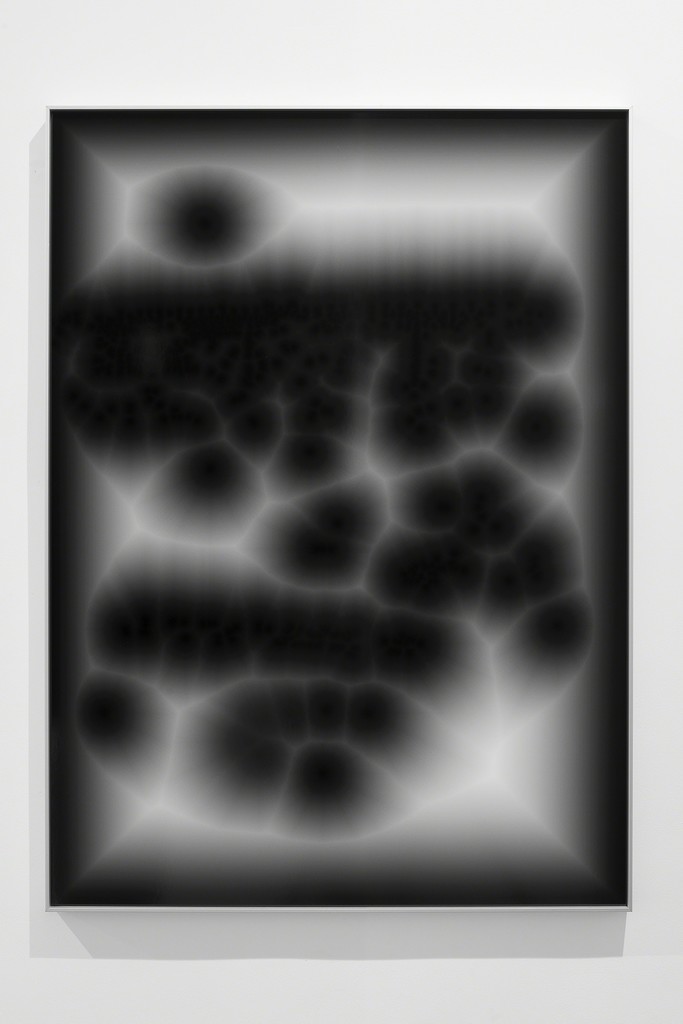 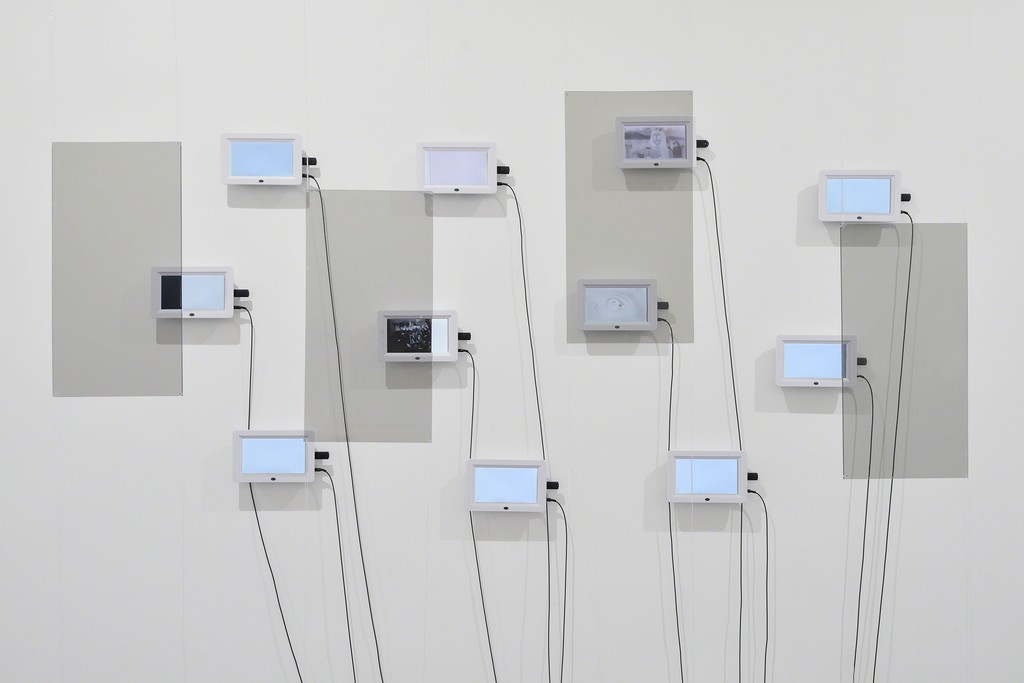 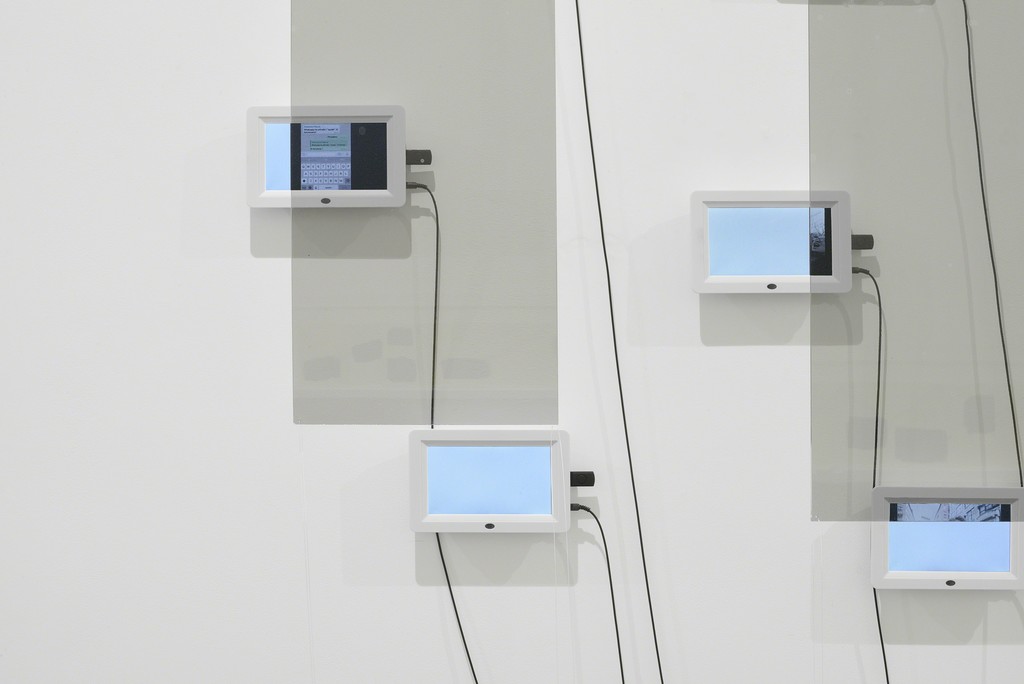 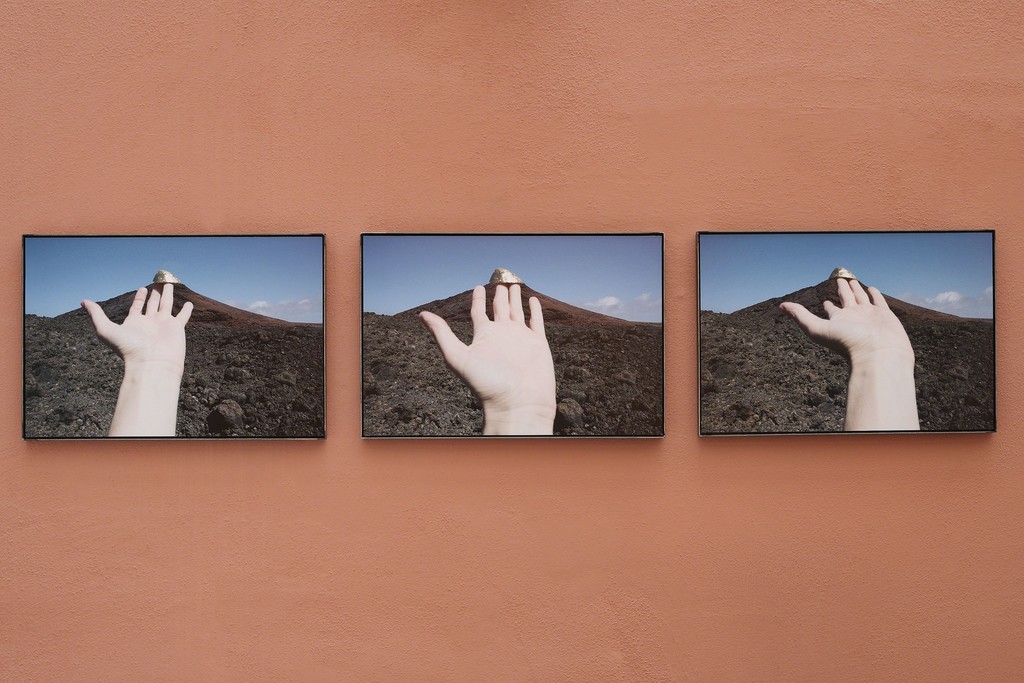 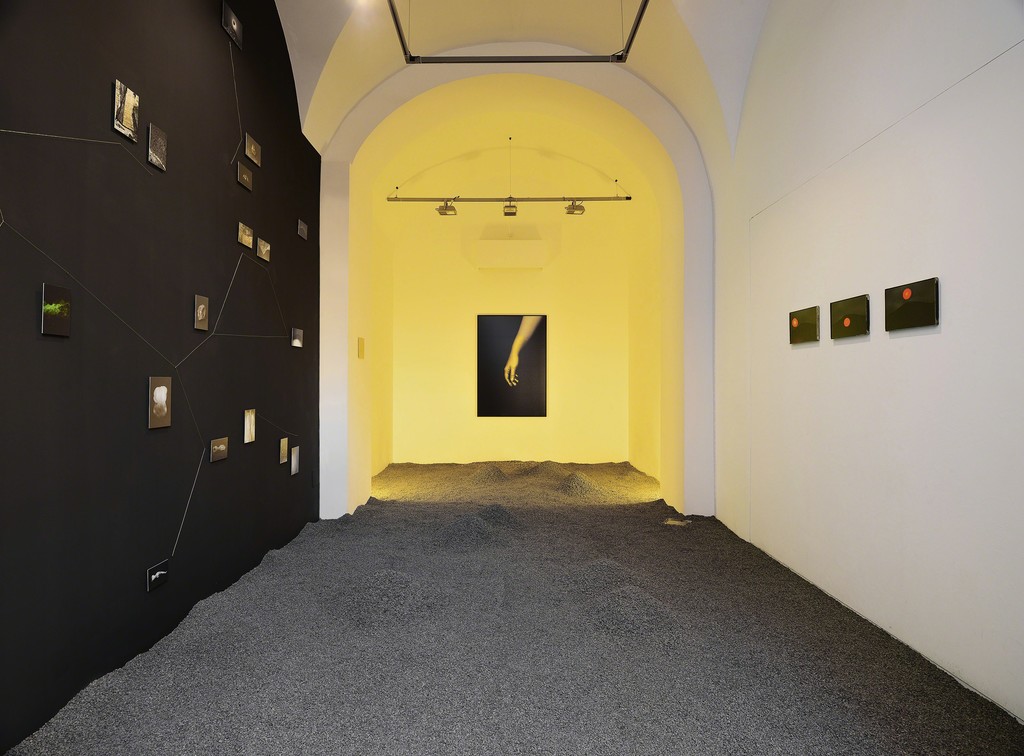 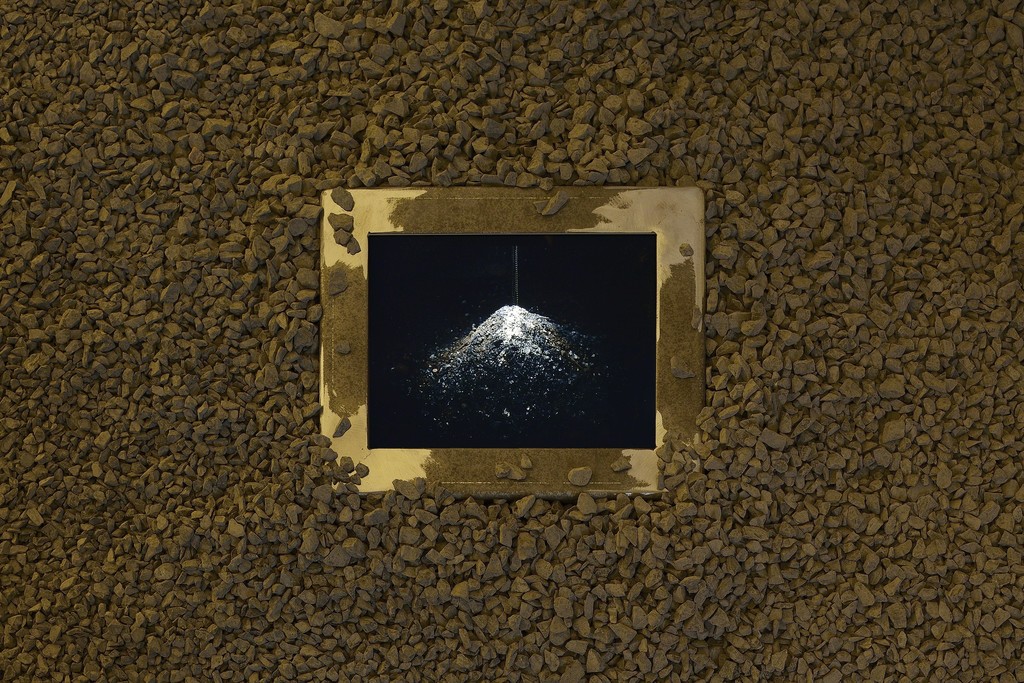 Matèria is pleased to present two solo shows by Giorgio di Noto and Sara Palmieri, both artists whose work is tied to the investigation into the limits and possibilities of perception through photographic images. For the exhibition, Matèria’s two gallery rooms are treated as separated spaces in which to enjoy each show individually within the same venue.

In the first room Giorgio di Noto showcases a selection of works that converge towards themes of temporariness, matter and distance. All the artworks, even if through different mediums – photography, 3D print, video – provide alternative points of view regarding the essence and the experience of vision, leading the viewer to face the nature of images and how they process and translate into memory. The analysis of the way in which we perceive, process and remember (or forget) images is the central concept that fuels Giorgio Di Noto’s research.

If Fading Frames Di Noto aspires to convey the real perception of images through an analog process that transforms them into blurred spots in our memory; within Matrix the artist showcases the underlying structure within the image through its translation into a digital file. The image is the result of chosen algorithms, that when applied to photographs, produce abstract compositions as a result of an automatic elaboration that ultimately results in an secondary version of an image as its numerical skeleton.

With The Kiss, Di Noto’s practice shifts towards the attempt to translate a photograph into a three-dimesional object. The Kiss - the iconic image by Robert Doisneau - from which the work take its title, is transformed into a seemingly abstract sculpture that reveals itself only in certain light conditions and in a specific position. The essence of the work becomes the distance between the viewer and the object, as it determines the possibility of vision itself by forcing the spectator to seek a deep relationship with an ‘icon’ (both in physical and mental terms), or moreover with the mental image that we have of it. Finally, Screening is an installation composed of several lit monitors that appear completely white to the naked eye; only through a filter it becomes possible to see from a distance what the screens display, thus discovering a chaos of images that overlap, representing our daily uninterrupted relationship with them.

In Materia’s larger second room Sara Palmieri presents a site specific installation. La forma del silenzio furthers an open question: can the wall separating us from our limited perception of time and space be broken? Through her installation Palmieri challenges this notion by exploring the relationship between science, emotional flux and the cathartic explosion that drives every human being to transcend, in order to be reunited with the metaphysical. La forma del silenzio describes the dilatation of a millisecond and the metamorphoses of perception, it constructs and deconstructs worlds, universes, it searches for new levels, it analyses the layers of our emotions through stories and relations. Within the room, a floor spread of black gravel becomes the metaphor for time, one that is navigated by man; the golden elements that appear and invade, relate to the impossibility of accepting time’s incessant flow and the human illusion of making it stop. On the wall, the installation titled Tacita Muta traces an imaginary constellation where the ‘stars’ become a new reference map in which matter, rocks and the human body become one, alike; it links with concepts born out of Einstein’s research, where all is relative, where space and time exist, yet are not independent from what occurs as they are made of the same matter that makes everything in this world.

Images, installations and sounds trace a cognitive path through space and time, between stasis and motion, silence and noise, with the objective of escaping the criterion of appearance in order to suggest to us all: go beyond the visible, embrace your revolt, risk your revolution.

For ‘La Forma del Silenzio’ - Sara Palmieri states – I’ve started reading science texts, from Rovelli to Klein through Bergson, and end up in Lanzarote reading Saramago and Hesse. Science and poetry have led me to the same place, beyond the visible, beyond the order of things.