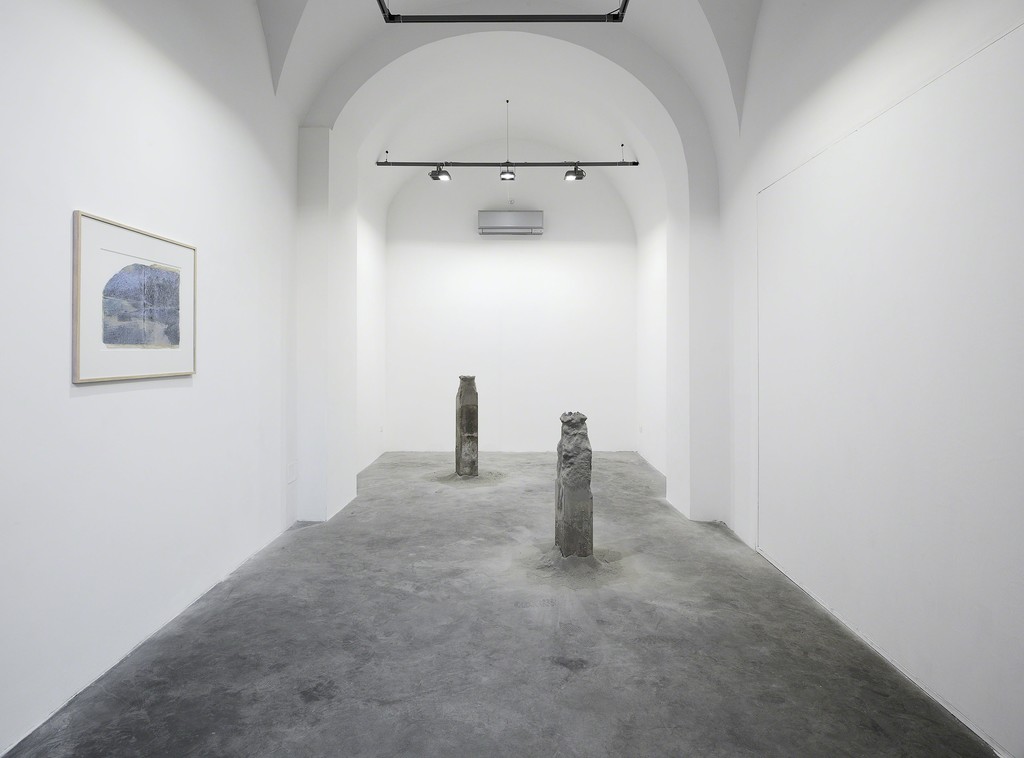 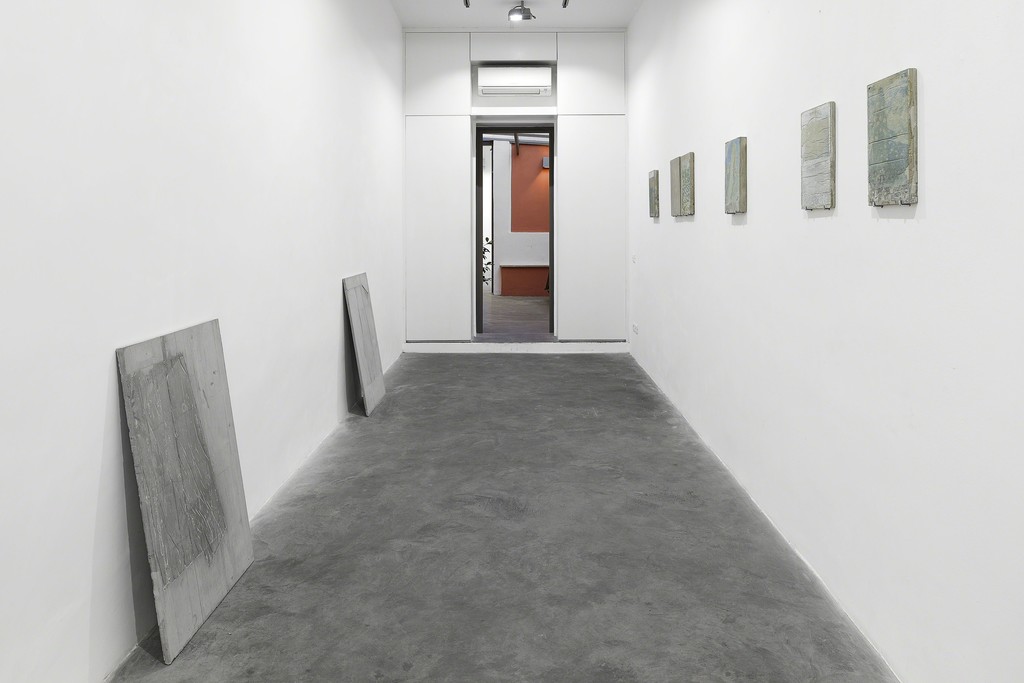 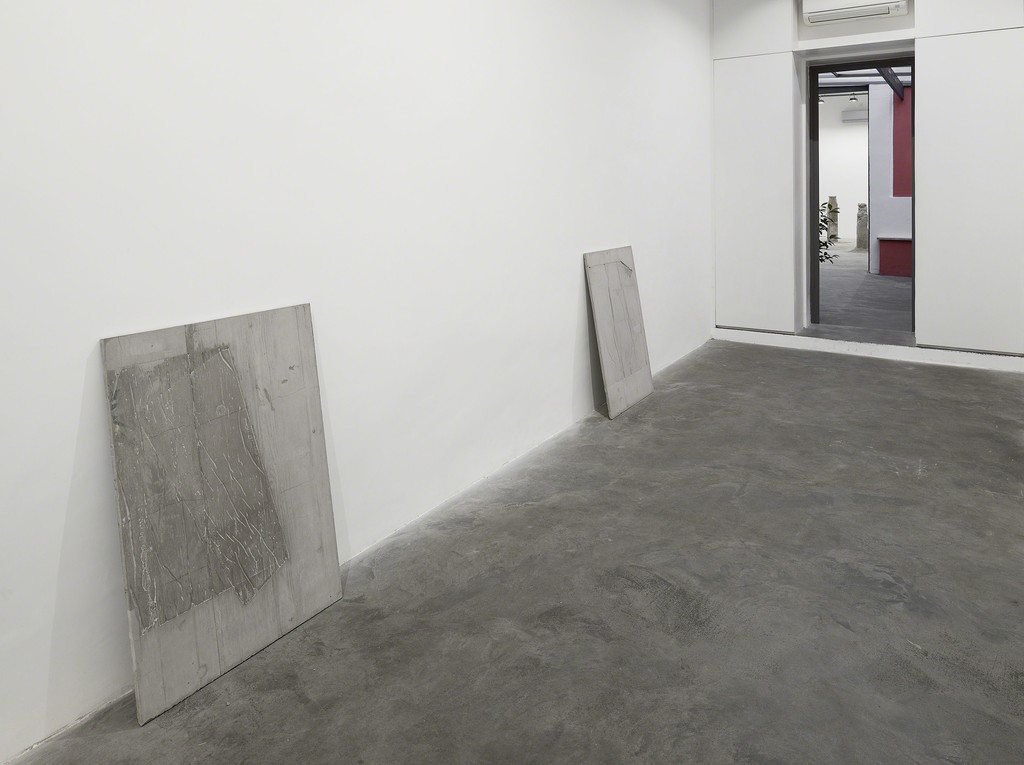 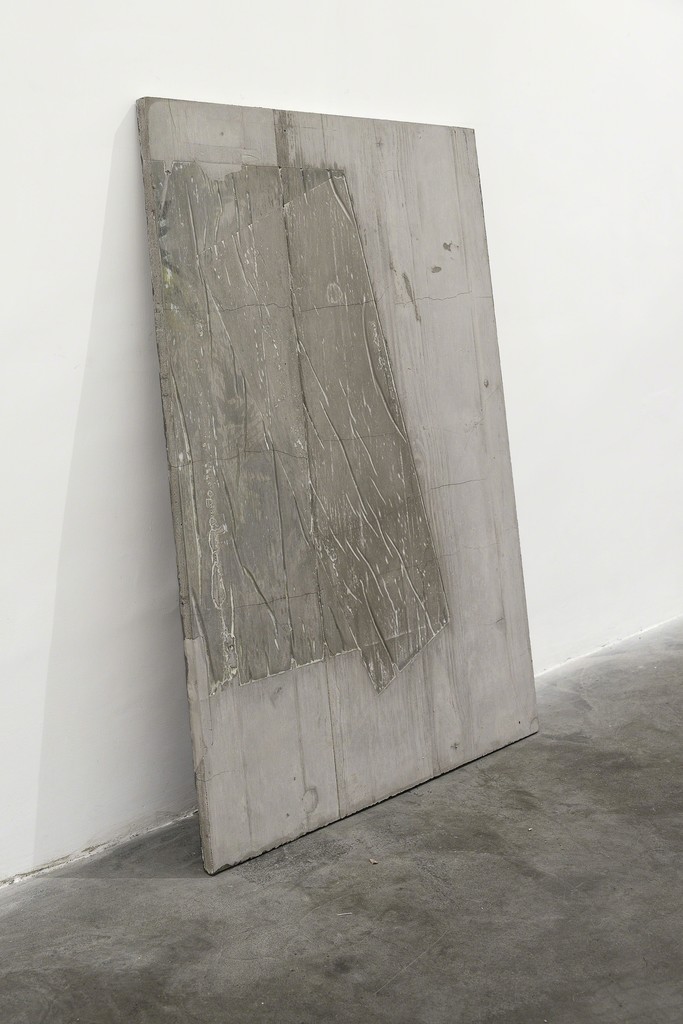 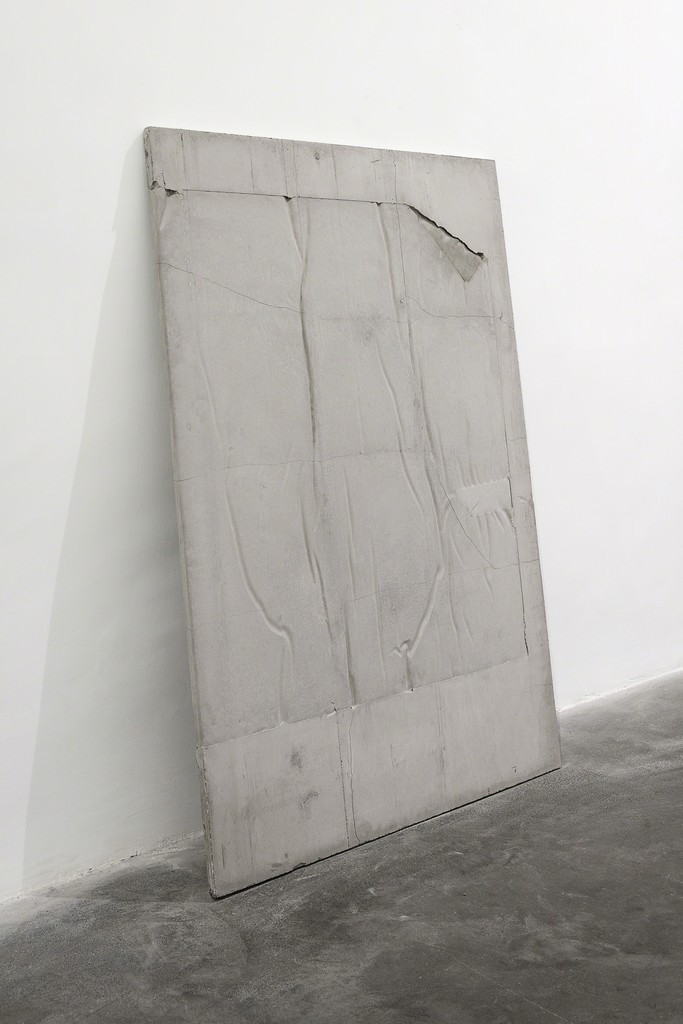 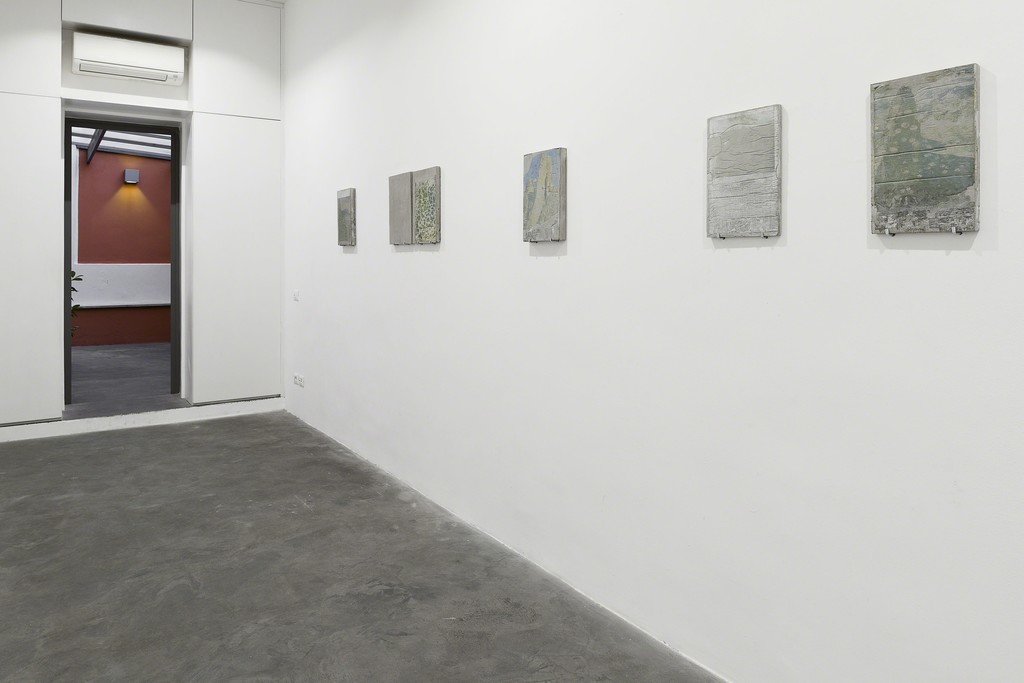 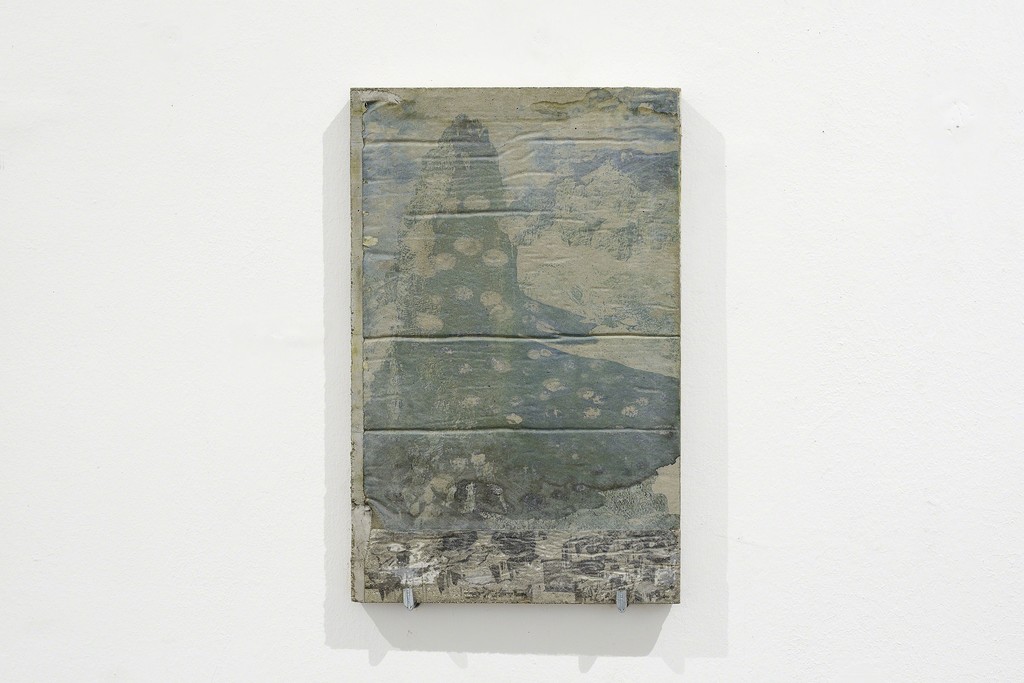 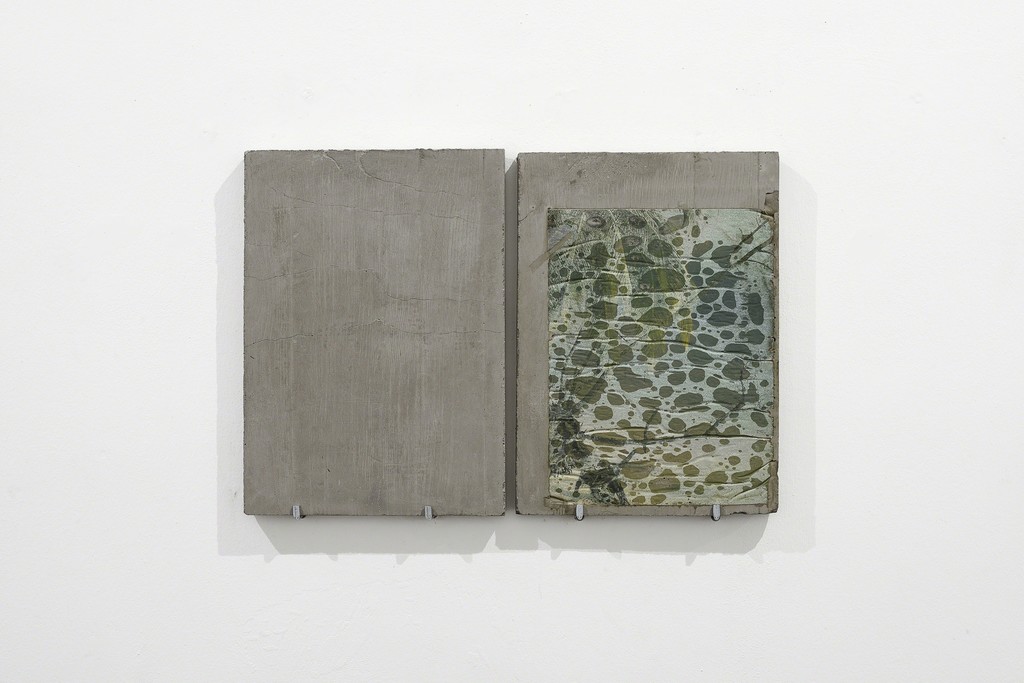 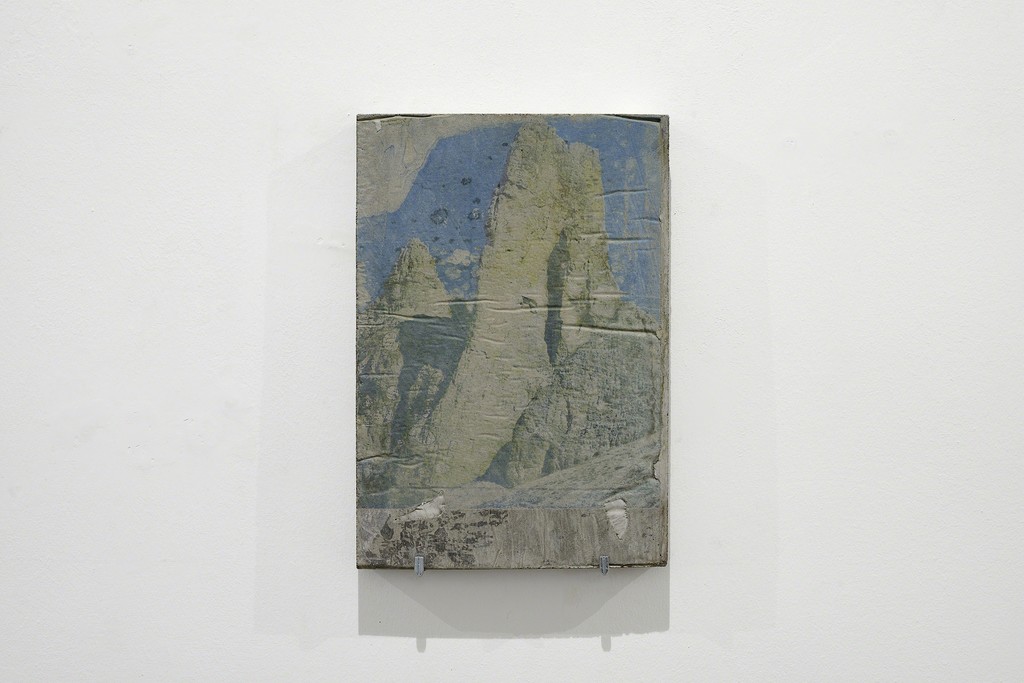 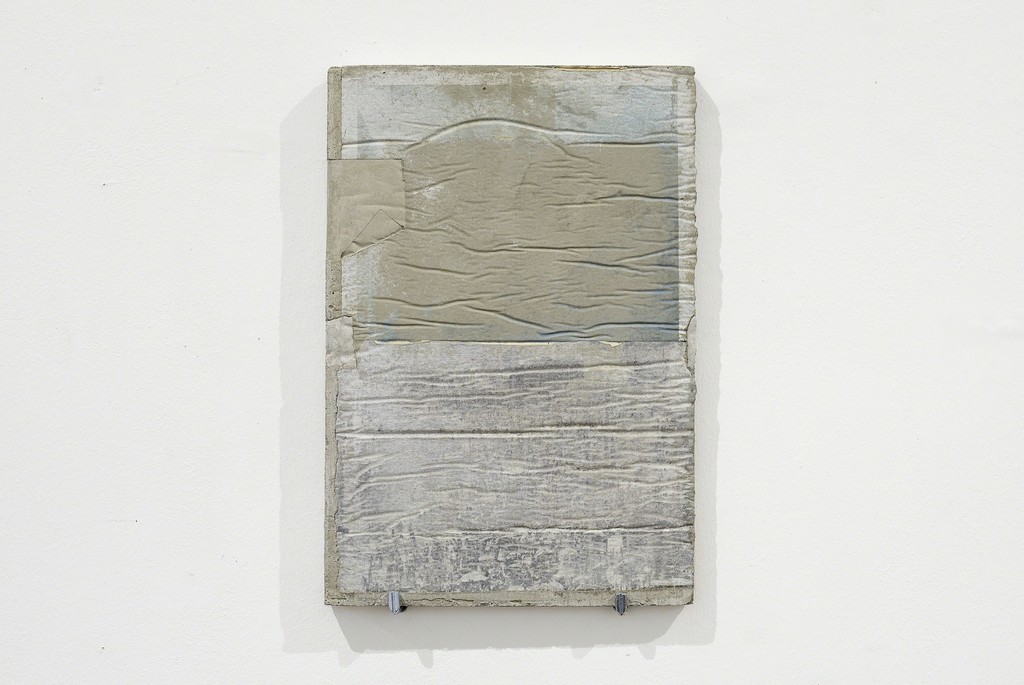 Matèria is proud to present a solo exhibition of work by Stefano Canto. The exhibition titled Concrete Archive, features Epoca n° 731, 736, a series started in 2015, and a selection of newly produced sculptures from the on-going project Archeology of the Ephemeral.

Nowadays, the importance and the scope of the « here » and the « now » - that have imprinted the generation of the Millennials, the FOMO syndrome (Fear of Missing Out), the diffusion of Snapchat, the Facebook status « what are you thinking about » - underline a spasmodic attachment to the present, the necessarily shared resulting in the realization of an exceedingly concentrated, temporary and volatile form of pleasure.

The title of the exhibition, Concrete Archive, describes a resistance to the ephemeral character of the present and reinforces the idea of stability and durability of our past. The image of a cement archive, on one hand proposes a reflection on the notions of archiving, documenting and the recording of the human’s actions, whilst on the other it exemplifies Canto’s interest in the architectural approach. The cement not only offers a figurative reading of time, one that transforms, subdues and reinforces, but also a literal one. Behind the formation of Canto as architect there is a marked interest in the concept of mutation, in the relationship between artifice and nature, particularly in reference to man’s intervention on the landscape. In Canto’s research space is perceived as a grid, an outfit of geometric shapes that intertwine and stratify. His approach is analytic, decomposing the landscape in sets, levels and components. Space is therefore transformed into a three-dimensional netting, composed by blocks, shapes and modules that when put together restore a vision of a total environment to the viewer.

Thinking about at the archive in formals and spatial terms, Canto presents Archeologia dell’Effimero, a group of sculptures experimented during a residency at Viafarini in Milan, in which the founding elements are the effect of time and the relationship between two materials relating to the world of nature and construction, ice and cement powder. The ice melting creates a rut in the powder, therefore creating emptiness, a void. This passage, or communication channel between the outside and the inside, allows the shapeless mass to acquire the features of an object – somewhat like a vase, an urn, a utensil.

The oxymoron withheld in Archeologia dell’Effimero helps us to better understand the concept of temporality that the artist elaborates upon from his reading of the essay Liquid Modernity (2000) by Polish sociologist Zygmunt Bauman. In the idea of existence professed by Bauman, society is characterized by an elevated, almost schizophrenic dynamism, where change – transient by nature - ends up assuming the character of a constant dimension. Through this concept, the notion of past, evoked by the term « archeologia » within title of the artwork, loses its status as a comparison point for the present and the future. It all happens in a continuous, sudden and elusive transformation, through which past and present cancel themselves out and become eternal present. The artwork moreover becomes the spark for a reflection on the role of the archaeologist (who works with the past and gives life back to the artistic object) and the role of the artist (the maker of the artefact).

Epoca n. 731, 736 – a title referencing the homonymous magazine published in Italy between the 1950 and the 1997 – features a series of ten cement sculptures. This body of work combines the printing process with photography, sculpture with architecture; all elements central to the artist’s research. Epoca n. 731, 736 is an archival action: the use of original images from the magazine brings it back life, fixing its contents forever on the cement. Canto explores the printing process and focuses his attention on the act of absorption and transfer of information from one body to another. The result is somewhat of a de-codification of the visual information from the original to the copy. The landscape appears empty and not all the colours are transferred; leaving only the structure of the four standard printing colours - the heart of the image – to seep through. The ink read by the cement dust creates a fragile coating, giving at the image a dim, transient and sandy aesthetic; one that looks like it could be blown away by a light breeze.

With the auspice of efficiency, of fine management and privacy, Canto reflects on how the concept of the physical archive – cornerstone of our past, present and future - seems to be slowly and inexorably heading towards extinction and steadily transforming into a huge cloud at the mercy of an ephemeral tempest. Concrete Archive is a nostalgic attempt to fix a present that is becoming a cloudy digitalization, proposing a counter-reading to the evolution of our time towards the elusiveness of the virtual, through the semantic drifting of the word « concrete » intended as « cement » and as « concrete », touchable, real, material.

Stefano Canto (Rome, 1974), lives and works in Rome.
Canto’s research explores the connections between space and social fabric, imprinting a relation between humans and architecture. His works have been exhibited in Italy and abroad in numerous institutions such as: Dakart Biennale (2016); American Academy in Rome (2015); Kochi Biennale Muziris (India 2014); Riso Museum of Contemporary Art (Palermo 2014); Museo Civico del Marmo, Carrara (2013); Corpo 6 Gallery, Berlin (2012); MACRO, Rome (2012); Museo Carandente, Spoleto (2011); Fondazione Rocco Guglielmo, Catanzaro (2011); MAXXI and Tempio di Adriano, Rome (2009). In 2005 he was the winner of the Premio Roma, and in 2009 of the Premio Terna 02.