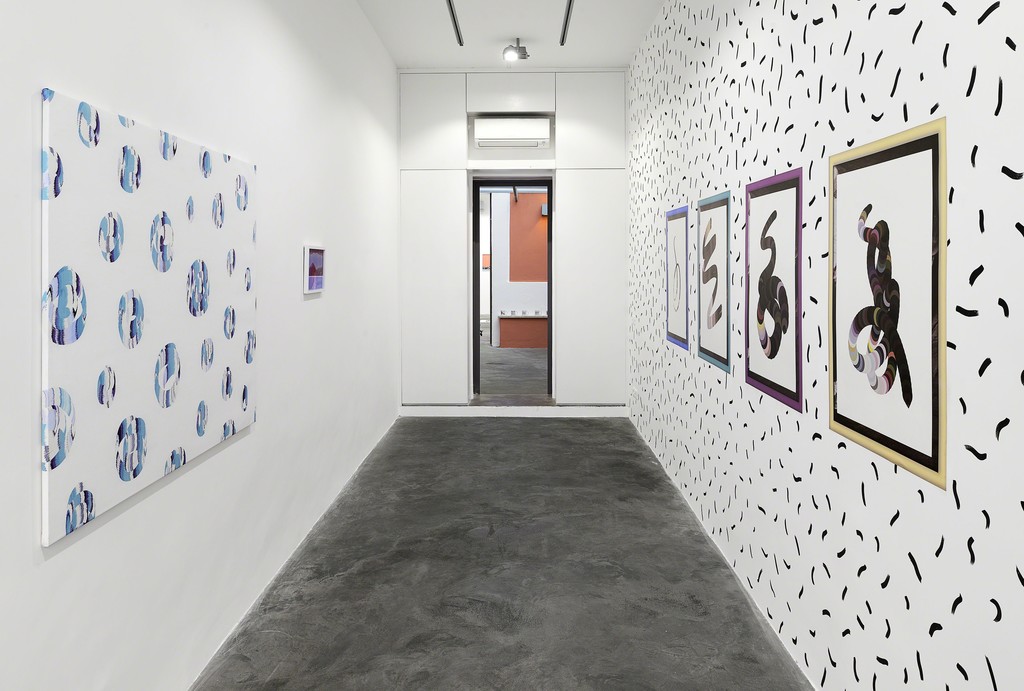 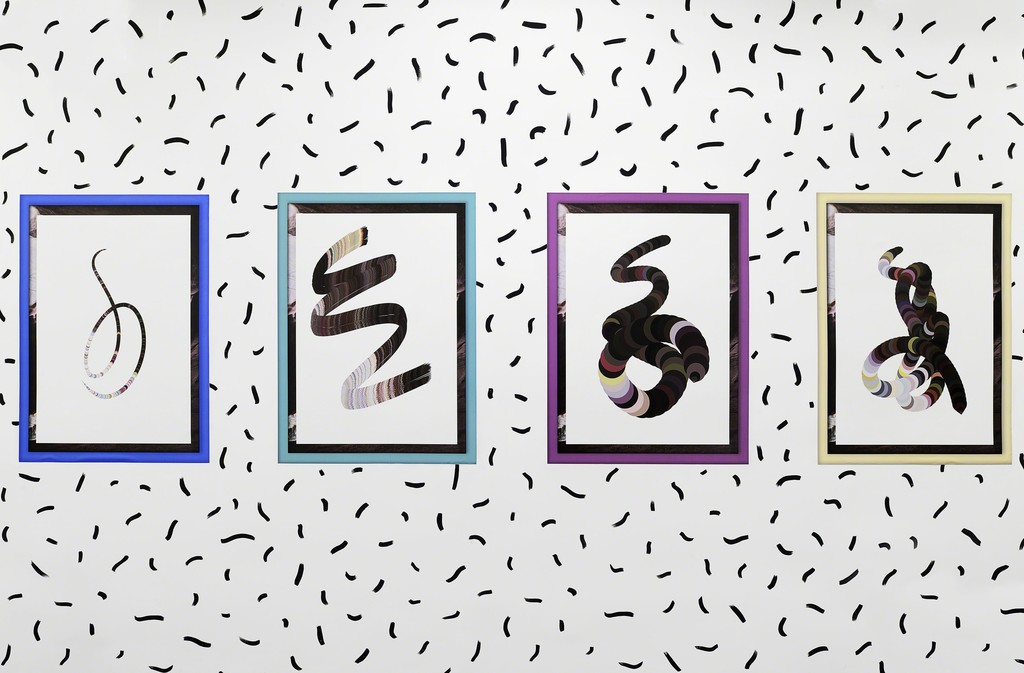 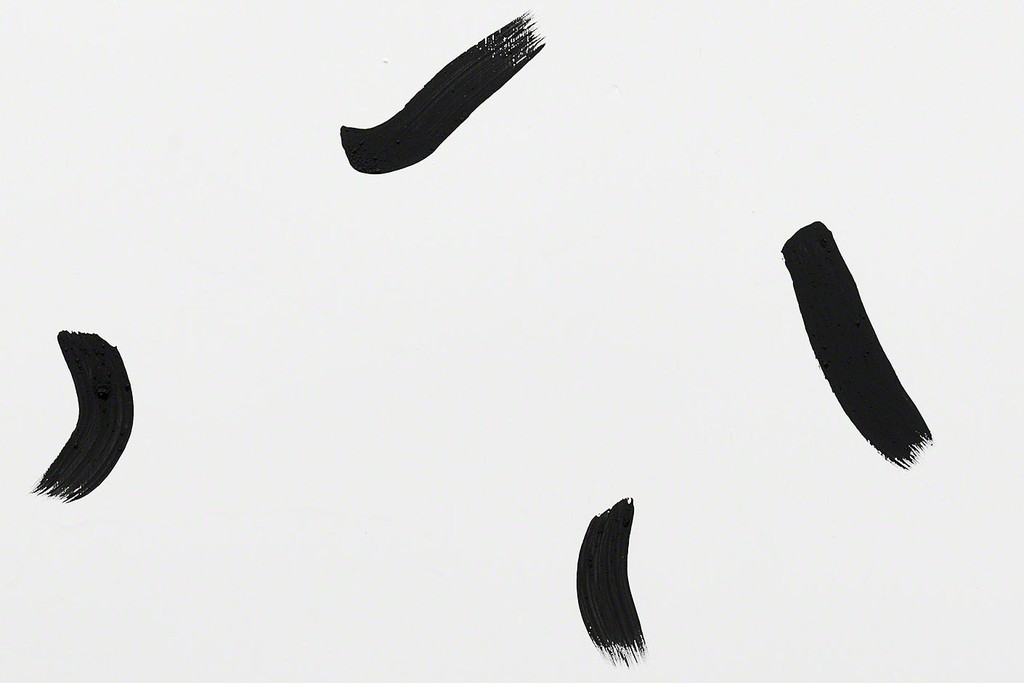 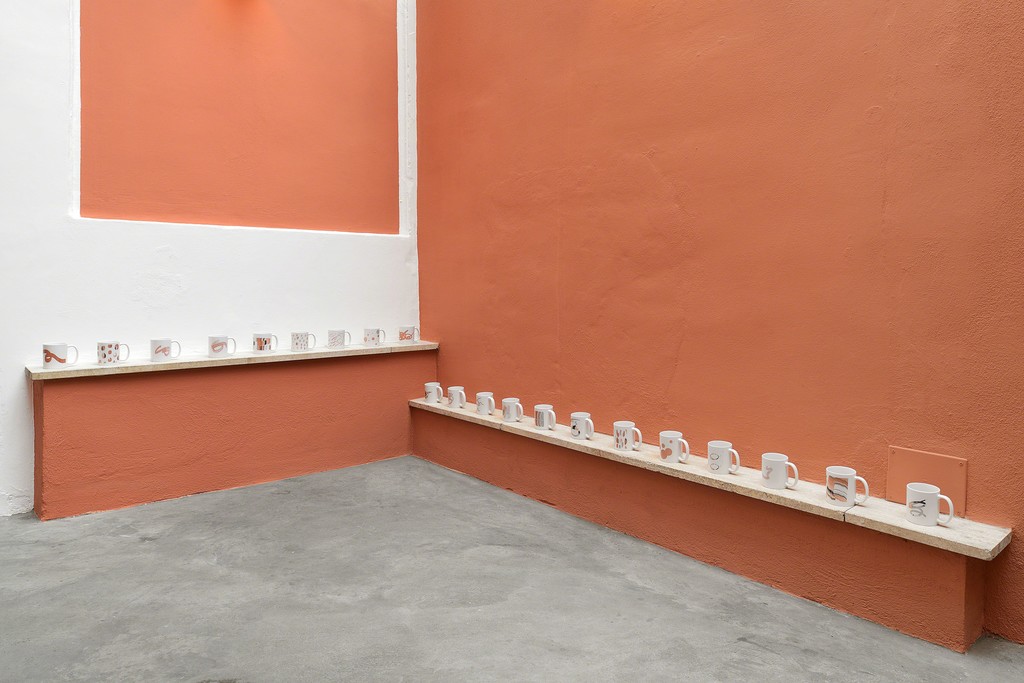 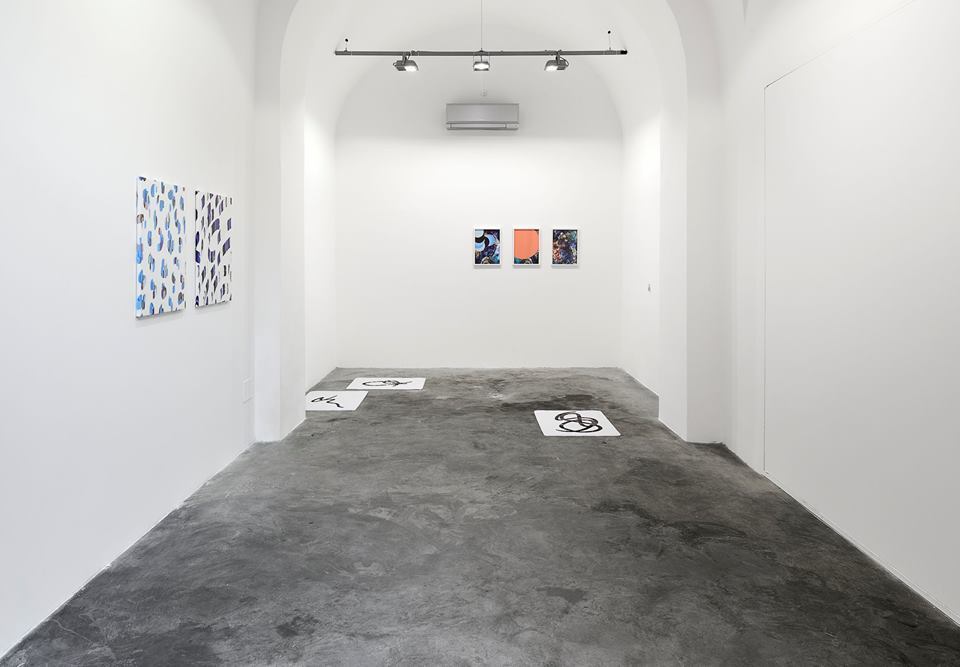 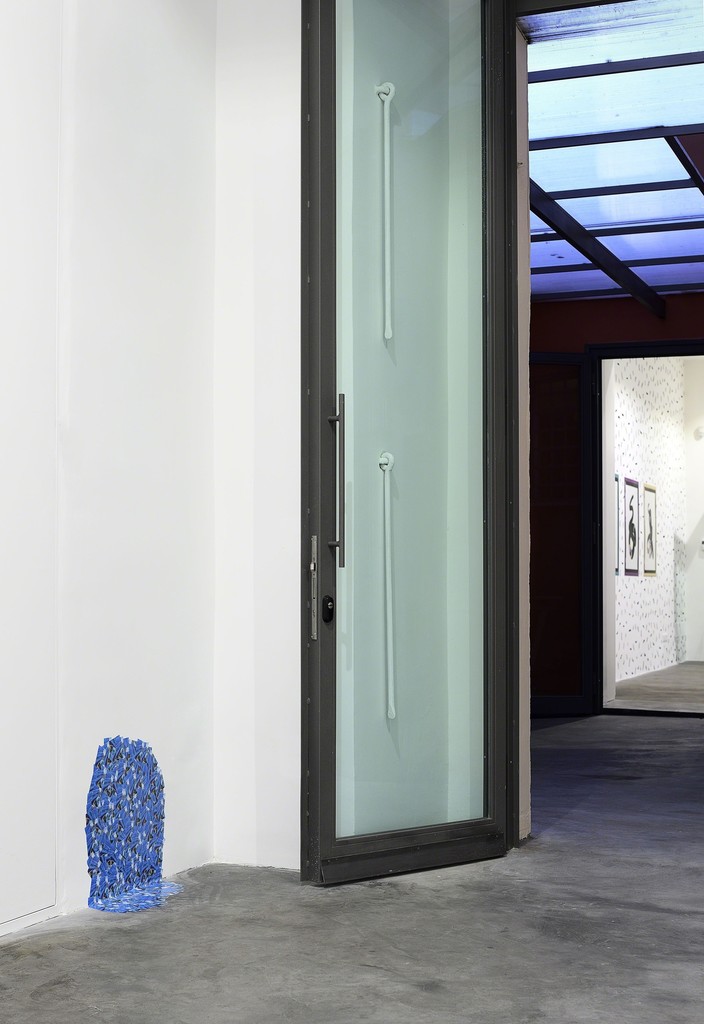 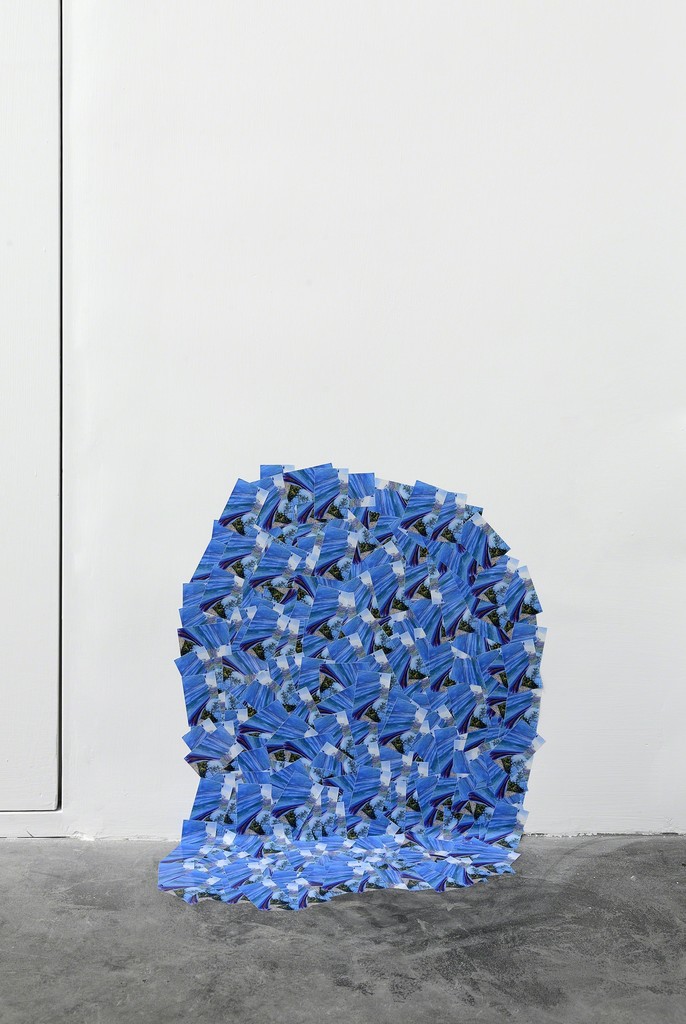 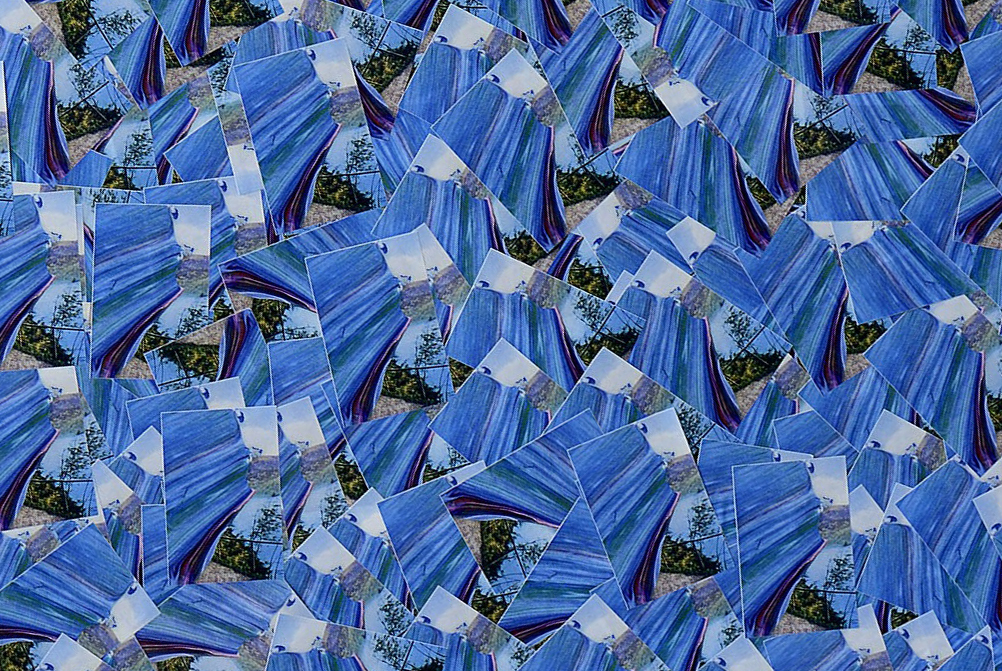 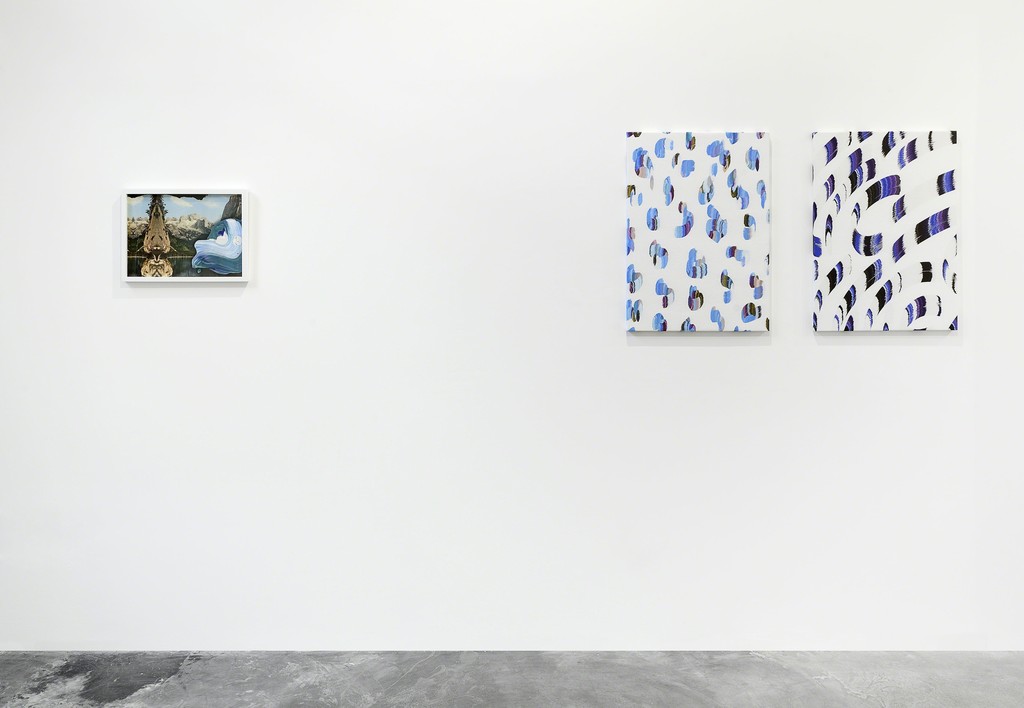 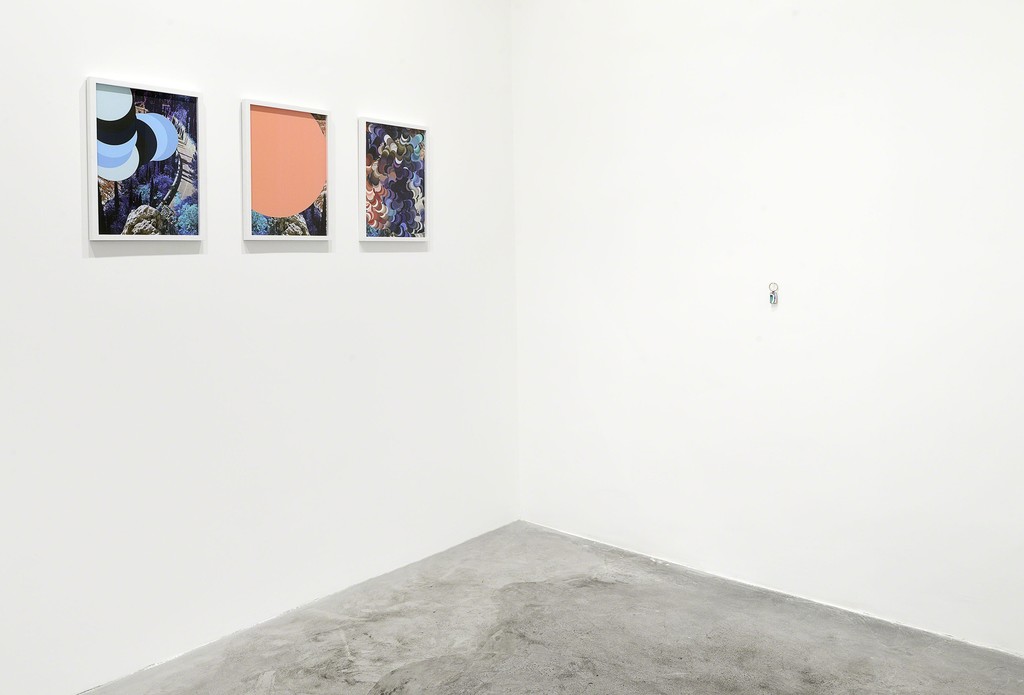 The solo exhibition The Image that Paints this Canvas by Danish Artist Wendy Plovmand showcases her newly created body of work formed of archival pigment prints, objects, digital paintings and site-specific installations. Inspired by Lacan’s definition of The Lamella, the exhibition investigates the concept of digital process as form, movement and change.

“Lacan introduces the mysterious notion of ”the lamella”: The libido as an organ without body, the incorporeal and for that very reason indestructible life-substance that persists beyond the circuit of generation and corruption... Lacan imagines the lamella as a version of what Freud called partial object: a weird organ that is magically autonomized, surviving without the body whose organ it should have been, like the hand that wanders around alone in early surrealist films...”1

Three rugs on the gallery floor appear in the exact same size and place where a photograph of the gallery floor has been taken. The photograph is utilized as the basis for the material used to digitally paint a matching mark on the white rug. In the same way a series of printed photographic works (Lamella Caves) are mediated from the pieces that are missing in the original photographs; the works are connected by material and process in a symbiotic relationship that when mutating, give life to new hybrid species born out of the dialogue between photography and painting.
The Lamella understood as the material: a detached substance or matter that appears immortal and resembles the libido, a clear reference to the contemporary digital world. The digital realm - an unstoppable and formless matter - offers endless possibilities through perpetual and constant mutation. The Lamella too has its own life, a detached bodily organ or a mysterious snake like creature; immortal, representing life, death, creation and destruction.
The mark-making intuitive gesture, prominent in Plovmand’s exhibition, references the tradition of abstract painting where the success or failure of the work rests on chance; something accidental and casual such as the choice of brush or hand pressure. The mark-making gesture once again links to Lacan’s Lamella and the randomness of digital choices made when using the internet, search engines, computer programs etc.

The journey as a symbolic gesture and action plays a significant role in Plovmand’s work. The Image that Paints this Canvas can be viewed as an allegory for movement and change; the mugs and key chains featured reference the kitschy souvenirs that link the journey to memory and nostalgia - manifested actions capturing the volatile, digital libido.

The work in The Image that Paints this Canvas questions the boundaries of painting and photography through the investigation of digital process, utilising the gallery (Matèria) itself as a source to create new artworks. New Mutalism is born, a fitting conceptual definition for Plovmand’s newest body of work.