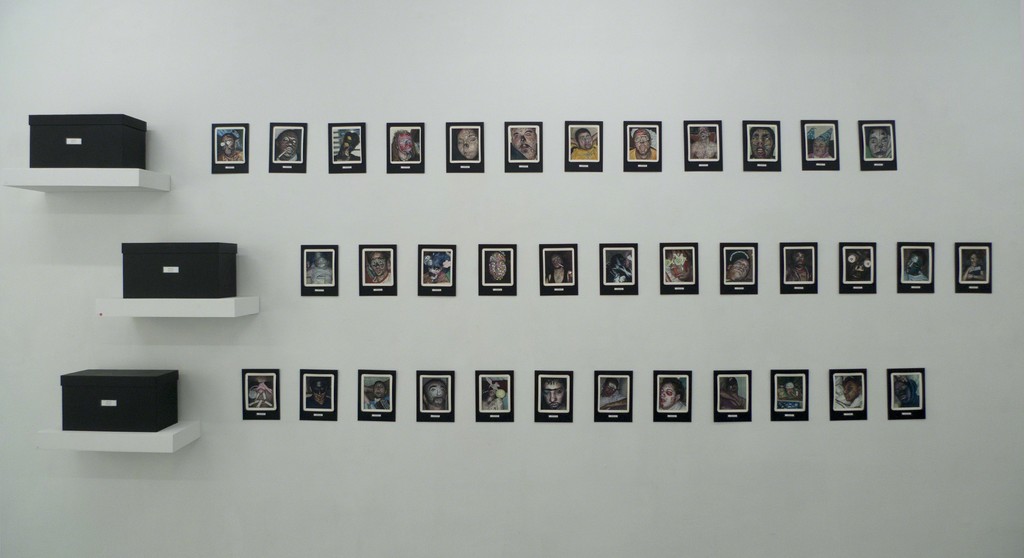 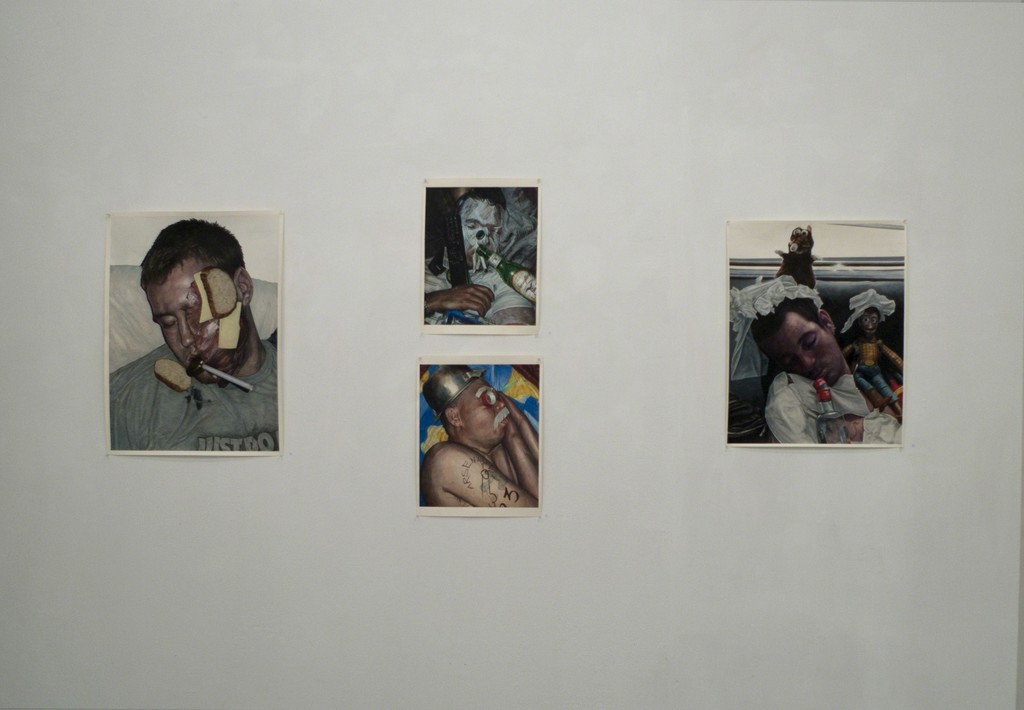 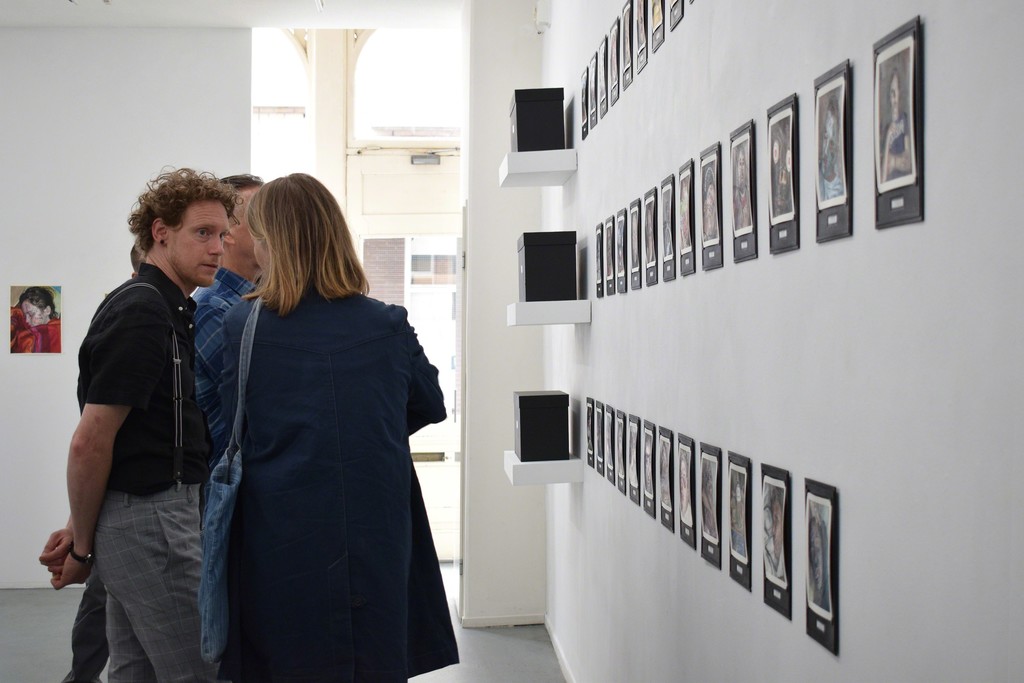 Kim Hospers (1982) researches the ways in which we try to hold on to our identity at a time when perception and validation are increasingly determined by the social media. Behind that a bigger question concerning the meaning and purpose of our existence lies hidden. In the series of drawings called Hail St. Claire, Kim Hospers elevated the medium of television to the level of a pseudo religion, and in Narcissistic Tendencies he depicted himself in reality TV shows or movie stills to create his own 15 minutes of fame.

Over the past year and a half, he has worked on the Esse Est Percipi #Whatever series. The title – meaning: to be is to be perceived – refers to a statement by the 18th-century philosopher George Berkeley who argued that things can only exist through the perception of human beings. For the series Hospers makes drawings of so-called pranks: photographs published on the internet of drunken, sleeping people adorned with make-up, food or objects to ridicule them.
George Berkeley's statement is thus interpreted in a cynical way. Kim Hospers preceives this embarassing exposure in a positive manner though. All victims are equally ridiculous and therefore also equally valuable. Typical is Hospers’ is his time consuming and extremely virtuoso technique in drawing that is in stark contrast with the transitory character of the photos on social media.