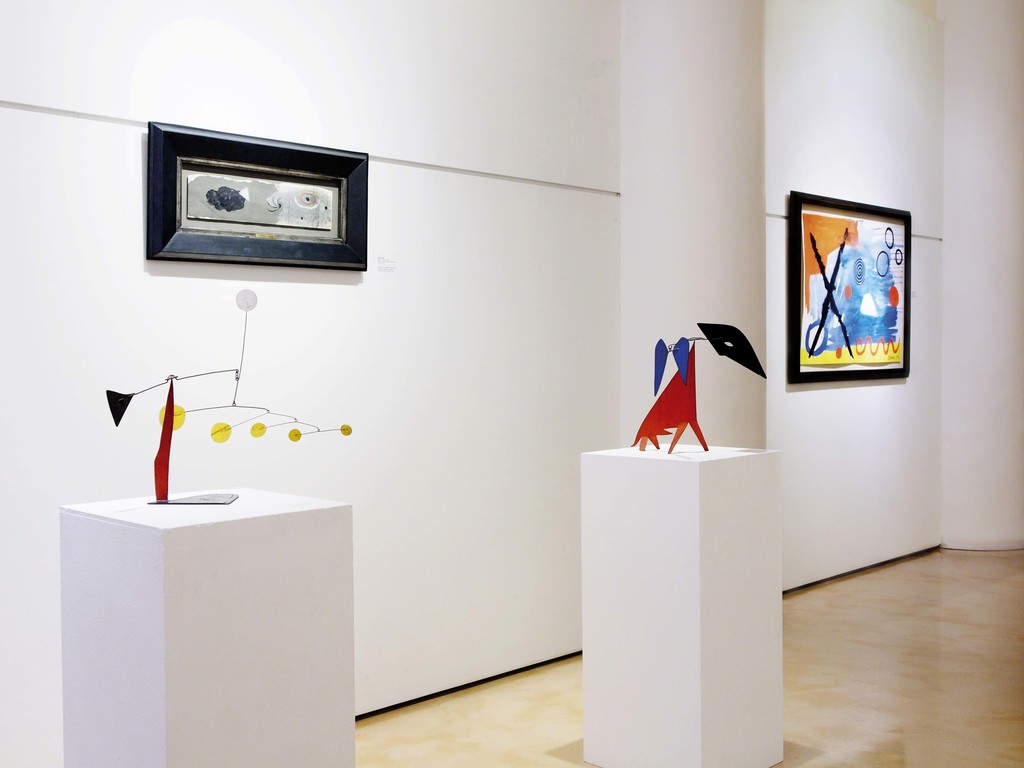 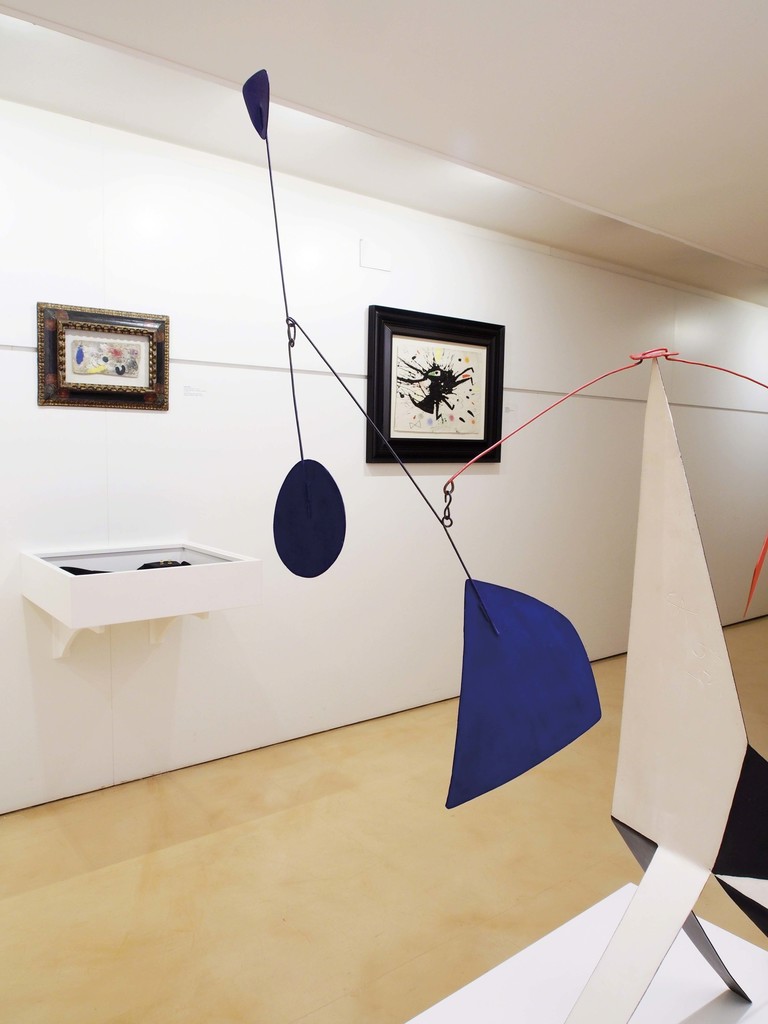 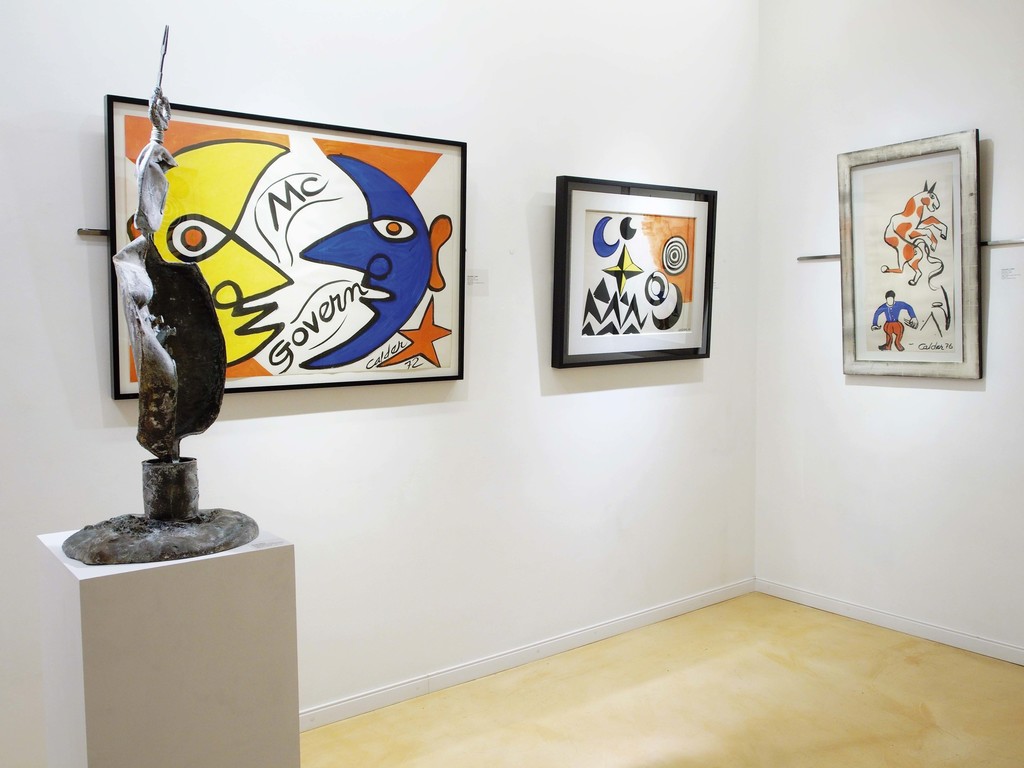 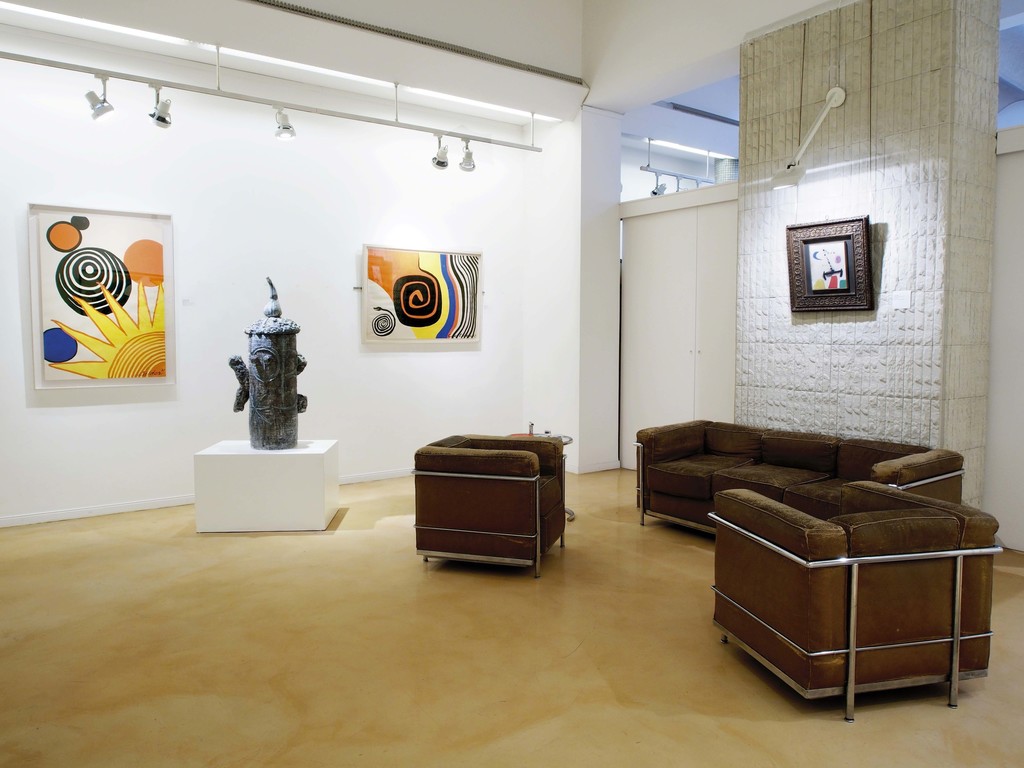 Mayoral Galeria d’Art celebrated its 25th anniversary exhibition Joan Miró and Alexander Calder. The exhibition was inaugurated by Miró’s grandson, Joan Punyet, and it was carried out with the collaboration of Successió Miró and Calder Foundation presenting 40 artworks such as: sculptures, drawings, paintings, as well as, their sweet correspondence. Some of these are at the Gallery in Barcelona, and the rest of them travel from fair to fair around the world (Rio de Janeiro, London, Madrid, Miami and New York) until the end of February 2015.
Both artists worldwide recognized had an endearing friendship that was reflected by their artistic influences in their masterpieces. As Miró’s grandson says: “these artists that met in Paris were their better half”. Their artistic and personal affinities are represented with unique gifts shown for the first time in this exhibition, for example, special jewels that Calder made for Miró’s wife and for Miró’s daughter.

Miró and Calder saw a lot of each other in Paris, and even frequented a gymnasium in Rue de Richelieu. "Miró wanted to stay fit for posterity, so I accompanied him there... I don't think Miró and I did much boxing but we learned to inhale and exhale with gym movements. The air was drawn in through the nose and exhaled through the mouth with a great whistling noise. We used to have dinner together afterwards." Their relationship was by no means a purely professional one. There was an etraordinary understanding between them as well as a degree of trust that allowed them to talk freely about anything without having to mind their words. They must have made a rather a strange pair: Calder, a tall, heavily built man who spoke French with an American accent; Miró, a small, shy man who spoke French with a strong Catalan accent.