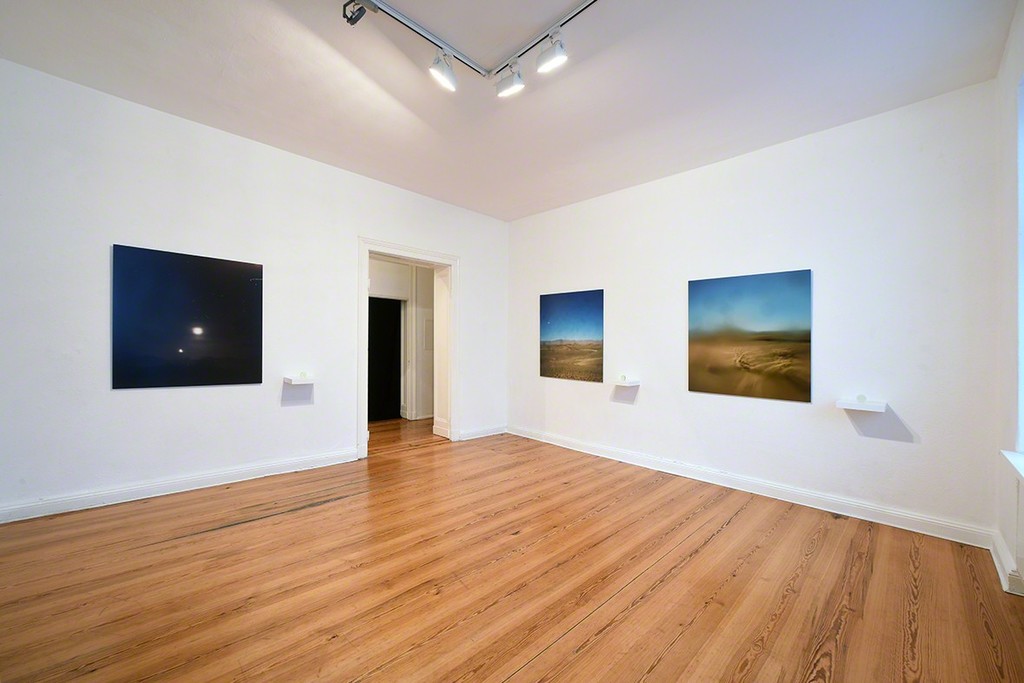 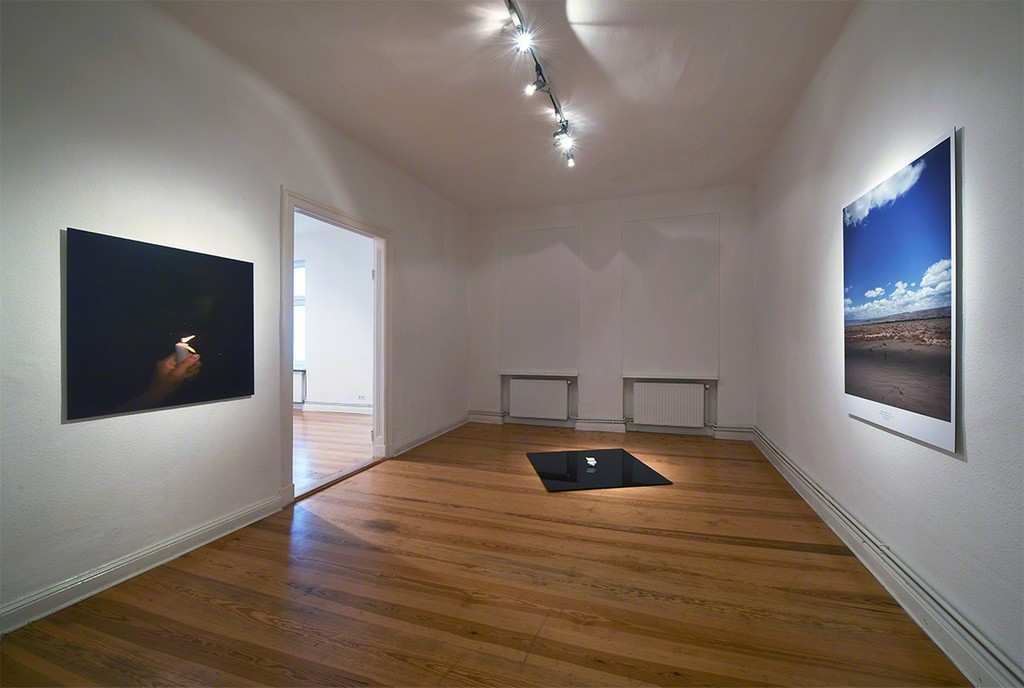 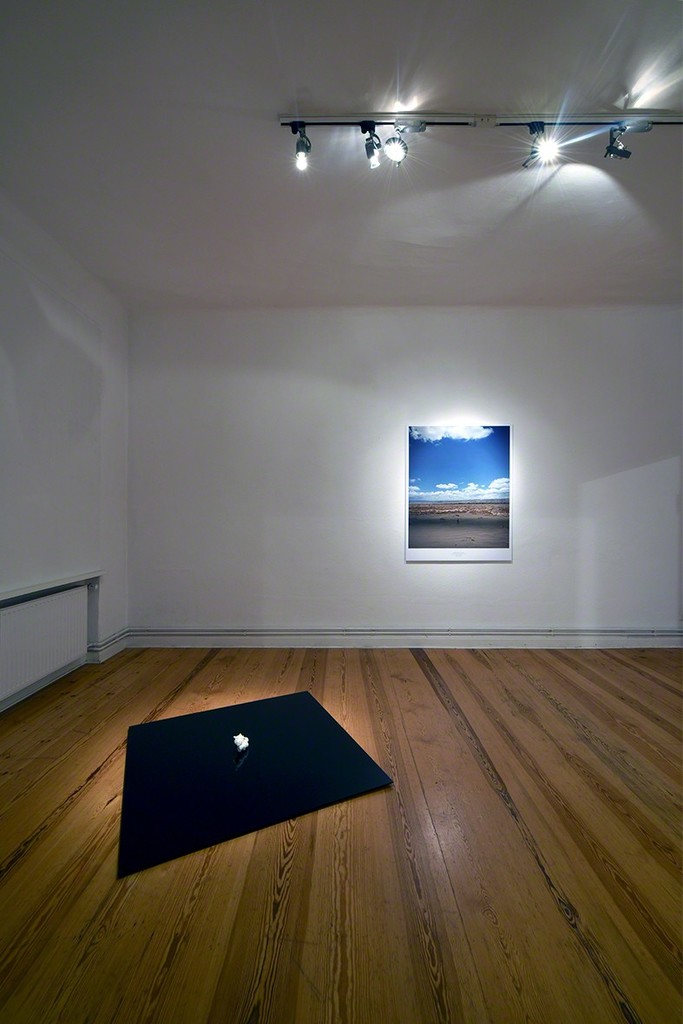 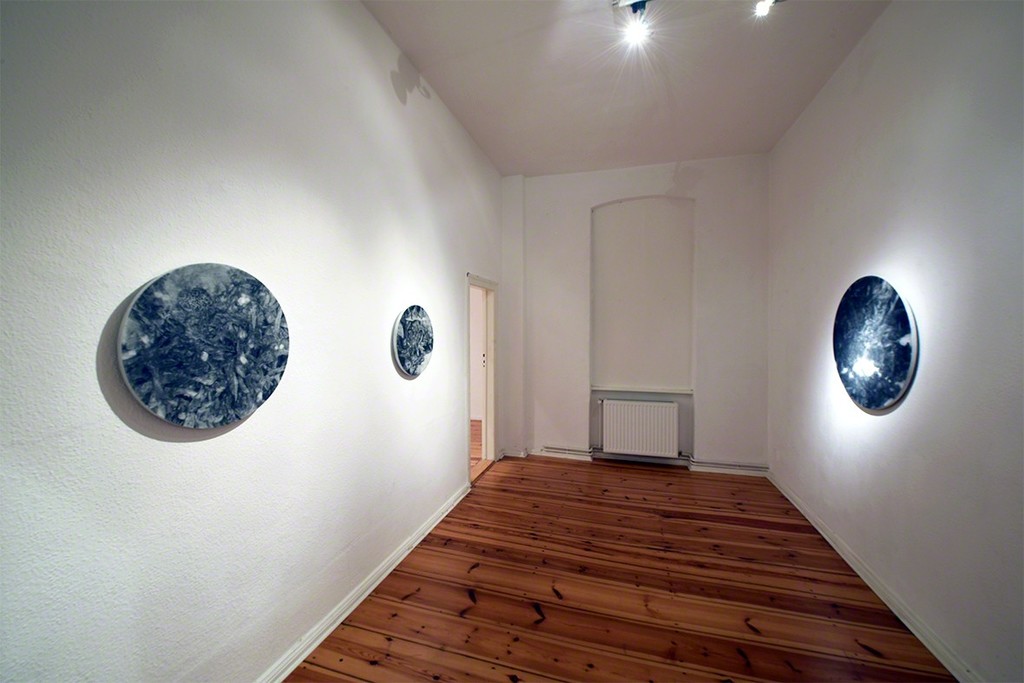 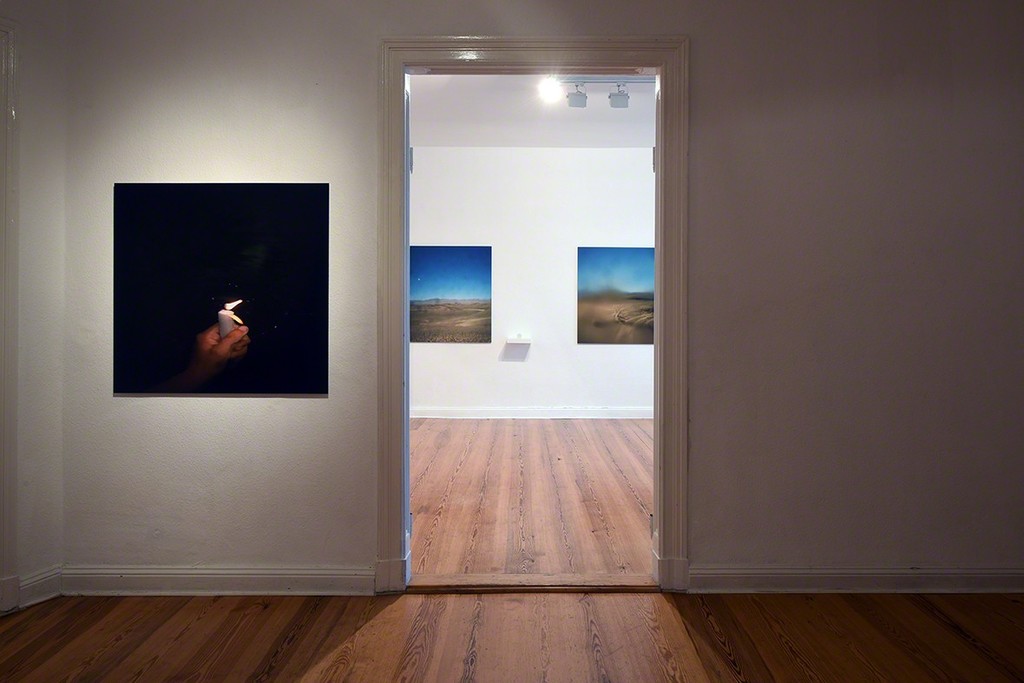 The artworks on display are a logbook of the invisible: phenomena that deal with an elusive reality; a reality that can be perceived just through its potentials of being. Santillán’s eagerness for the unspoken, for unwritten events, acquires shape as art. The heteromorphic nature of his works discloses the various encounters of the artist, who undertook several journeys to secluded points on planet Earth, to chart realities apparently eclipsed.

In Bermeja (2017), Santillán reached the coordinates of an island broadly included in major nautical maps until the mid 20th century, when several expeditions failed to find it. Consequently Bermeja island was officially declared to be a “phantom island”. On his own expedition, following the historical location of the island, the artist navigated through the Gulf of Mexico. What he found at Bermeja’s coordinates was the absence of Bermeja: just the a flat plain expanse of sea. Santillán gathered many gallons of water, which afterwards were left to slowly evaporate. The phantom began to crystallize, the island has been reconstituted.

The artist’s interest for processes of metamorphosis is taken a step further in Solaris (2016-17). Glass generated from melted sand, gathered in the Atacama Desert (Chile), is carefully polished and consequently used as photographic lenses.
Mounted on an analog camera, these lenses are used to photograph the desert: The Atacama Desert looks at itself. The landscape is not an object anymore but rather a self-conscious subject.

Water as a crystal continent, sand as glass, glass as photographs, Santillan’s poetry is implicated in the potentials of the so called reality: through the disclosure of overlooked aspects the world acquires unexpected dimensions. In this regard, the troubled relationship of Friedrich Nietzsche and his faulty typewriter, offered the artist the opportunity to sink deeper into the philosopher’s struggle with modernity, and the act of writing. A piece of paper, stuck in the typewriter, is on show in Mazzoli’s gallery (Afterword, 2015): what can it say about the philosopher continuous crossing out of words due to the malfunctioning of the device? How did Nietzsche dance? A video presents a psychic medium asking the philosopher these questions.

Santillán’s deep eyes for oblivionized stories, for uncategorized events, allows the spectator to wander through the gallery space where silent witnesses speak.

The material has lost its memory but regained an alternative physicality. (C.Ianeselli)

On the occasion of the opening the artist monograph will be presented, a catalogue that includes all the works of the recent years and texts by Alexia Tala, Robin van den Akker, Timotheus
Vermeulen, Chiara Ianeselli and Simone Menegoi.