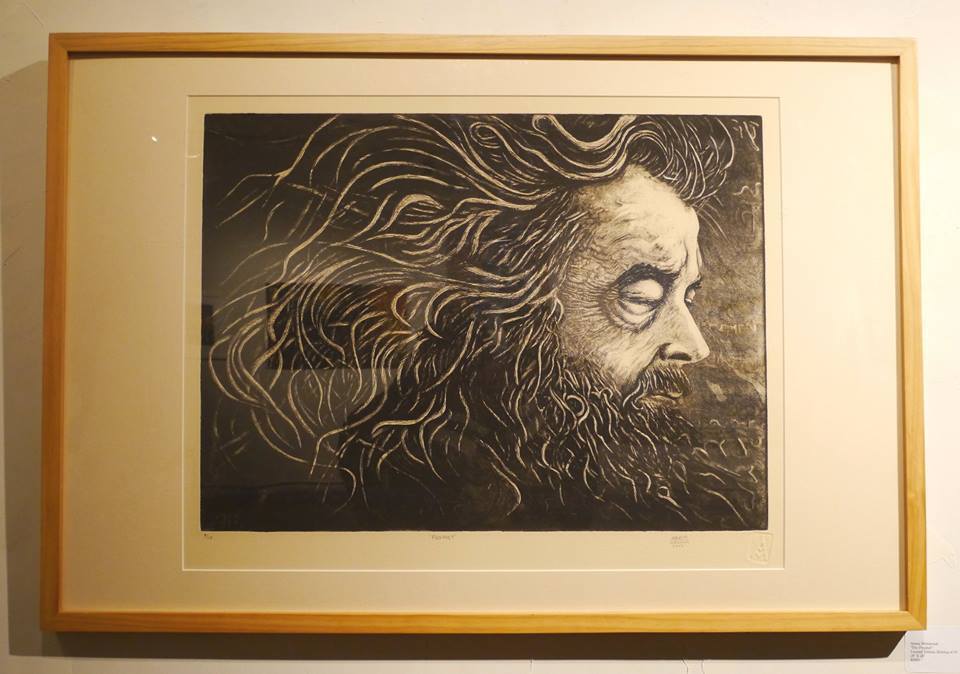 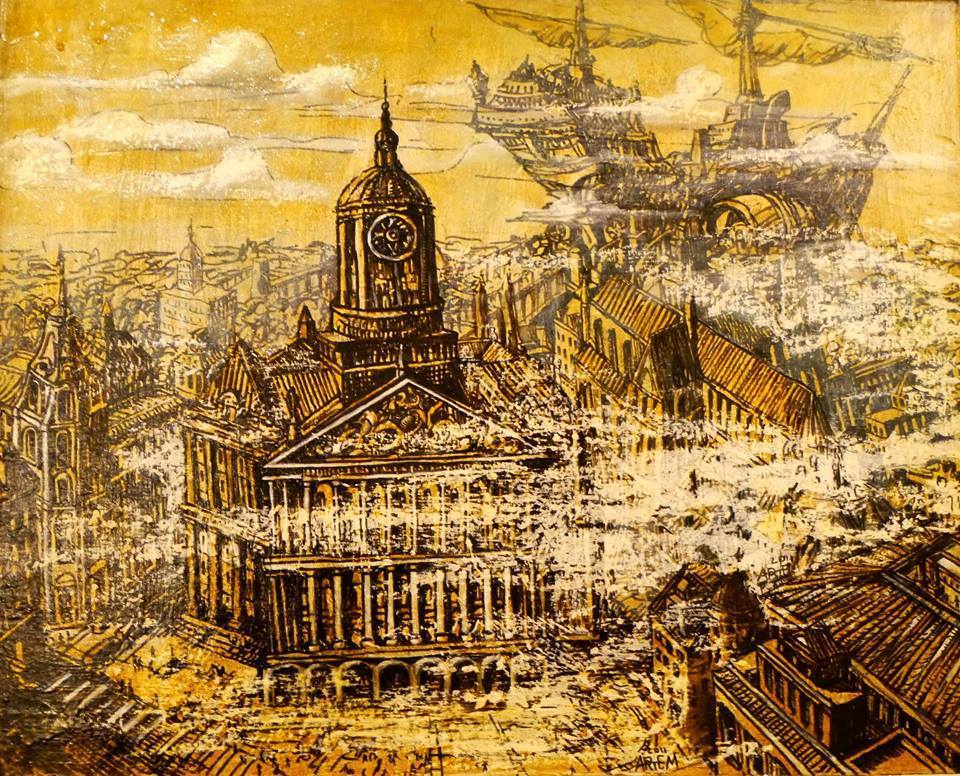 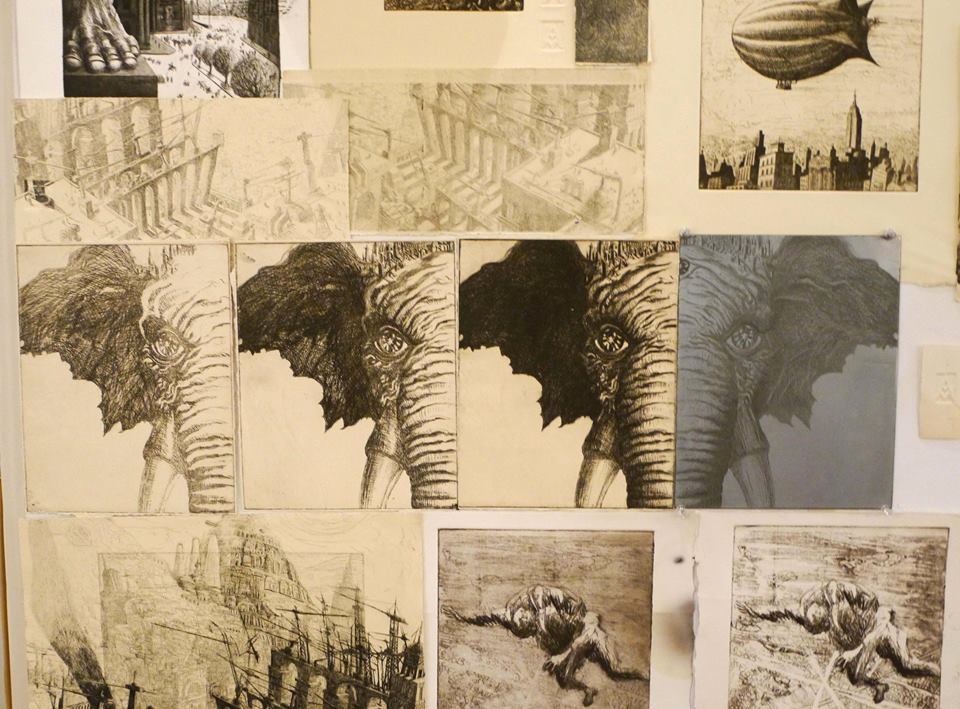 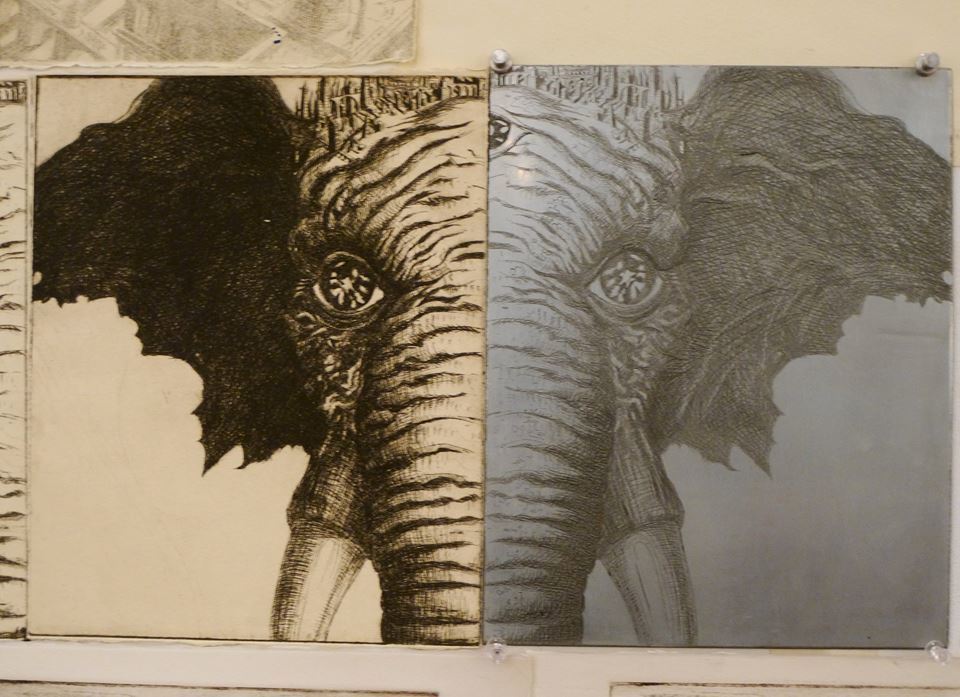 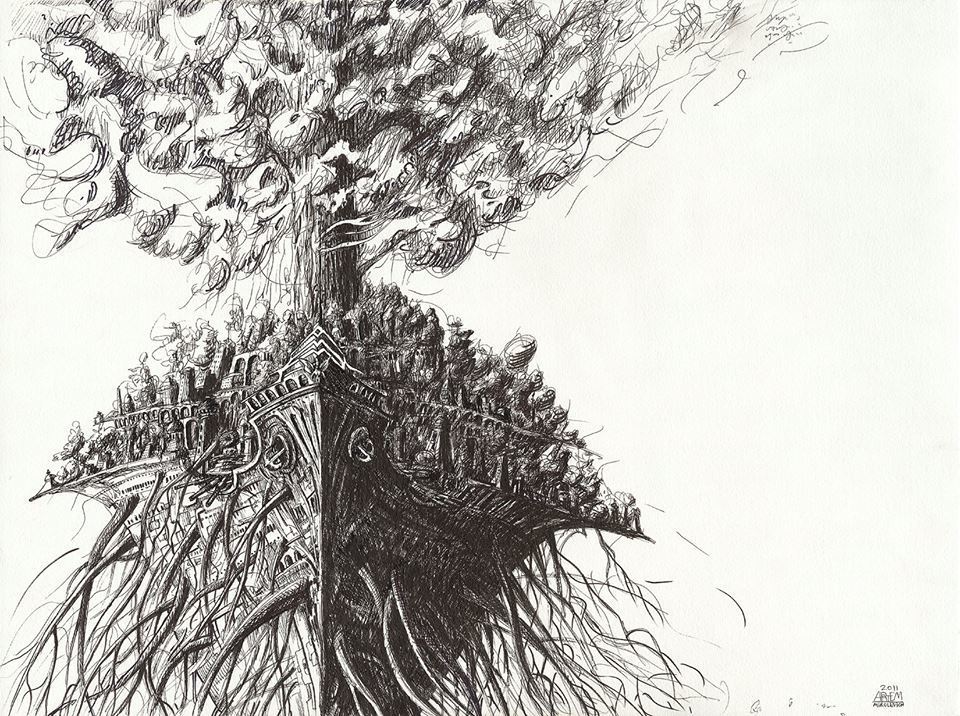 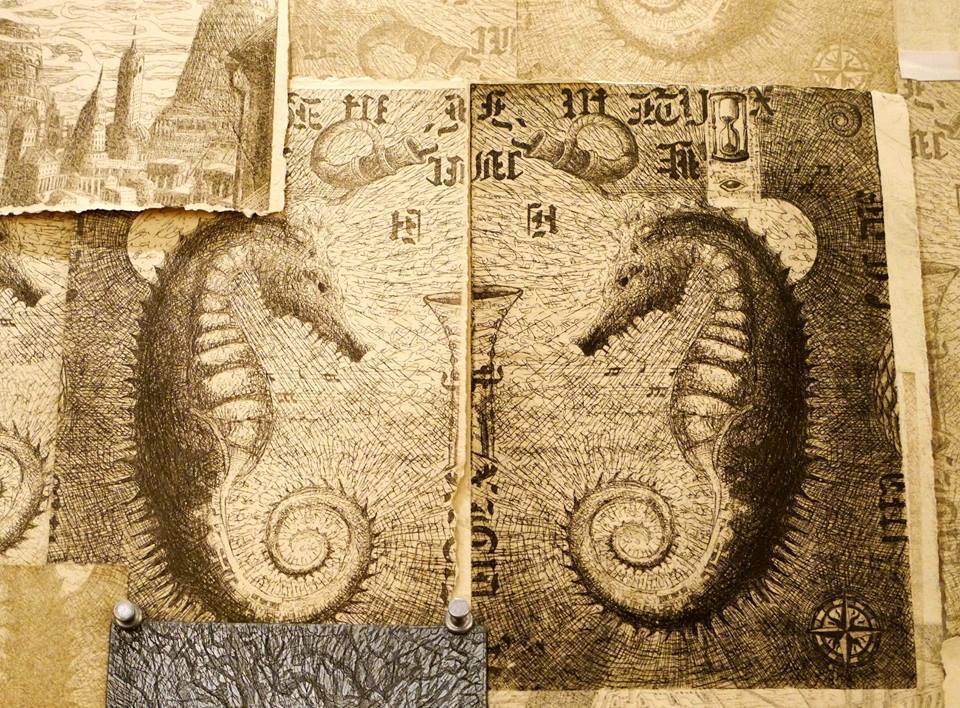 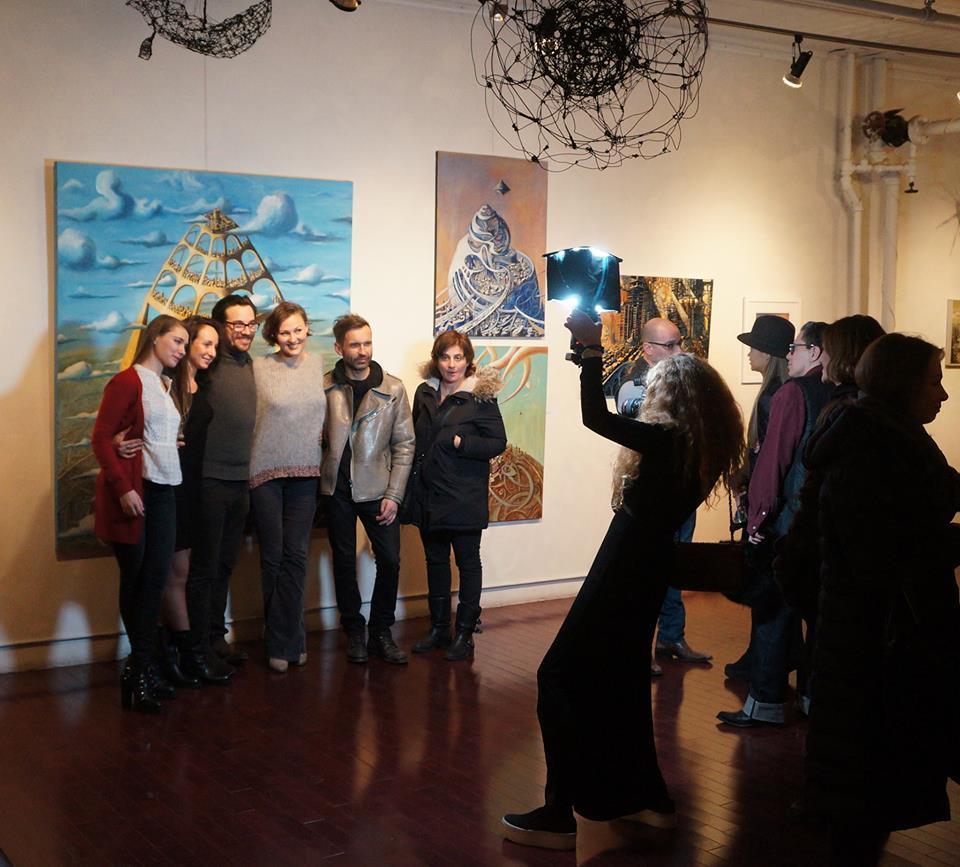 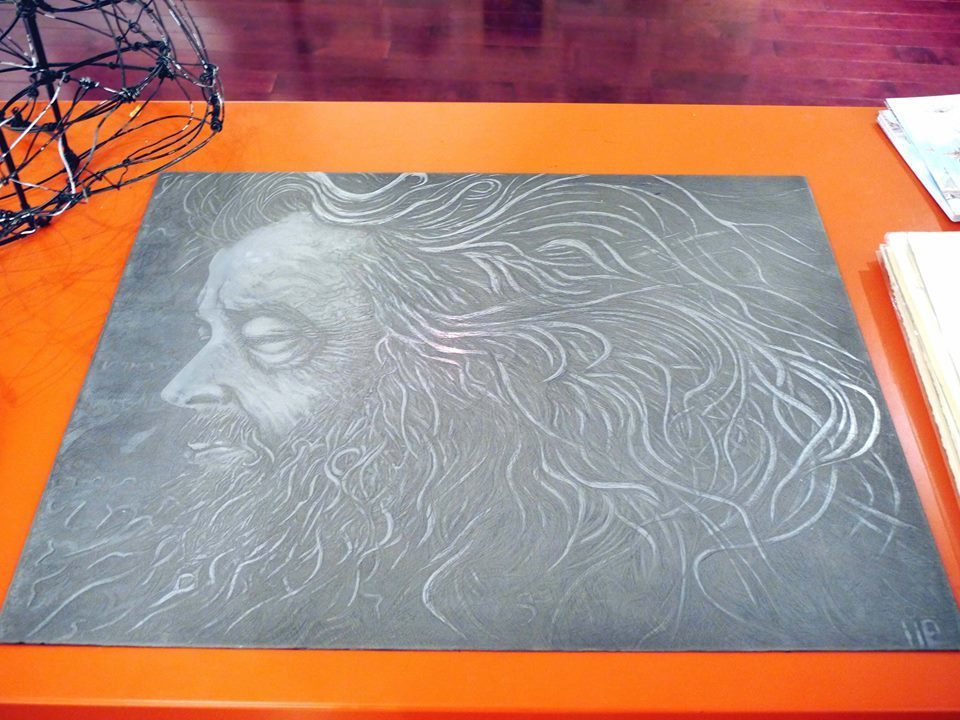 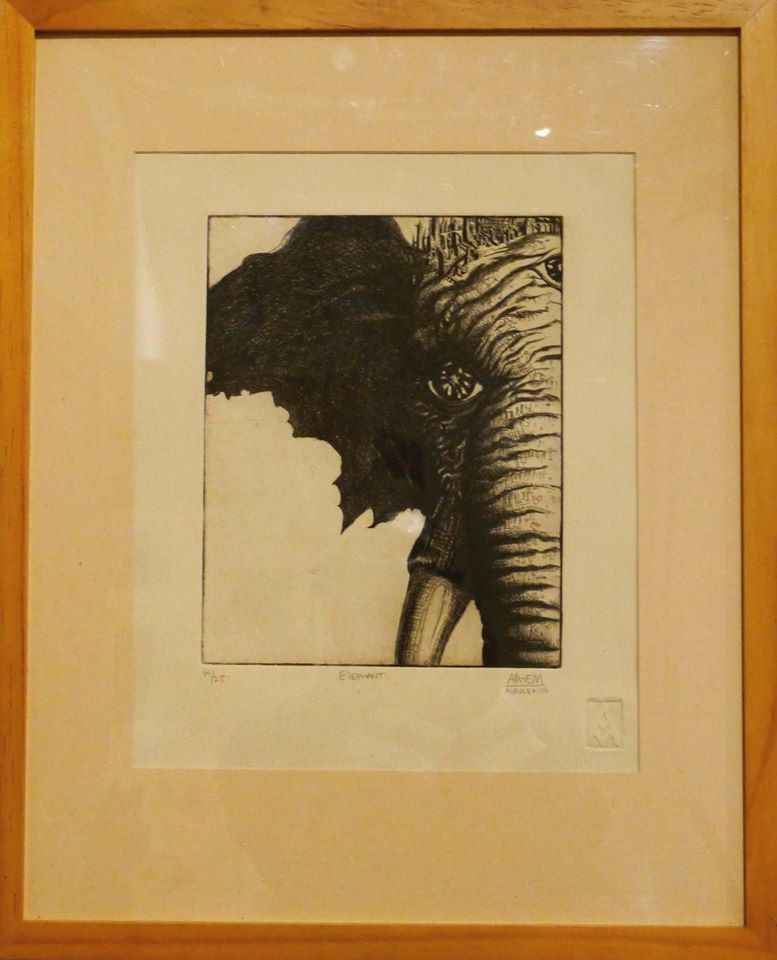 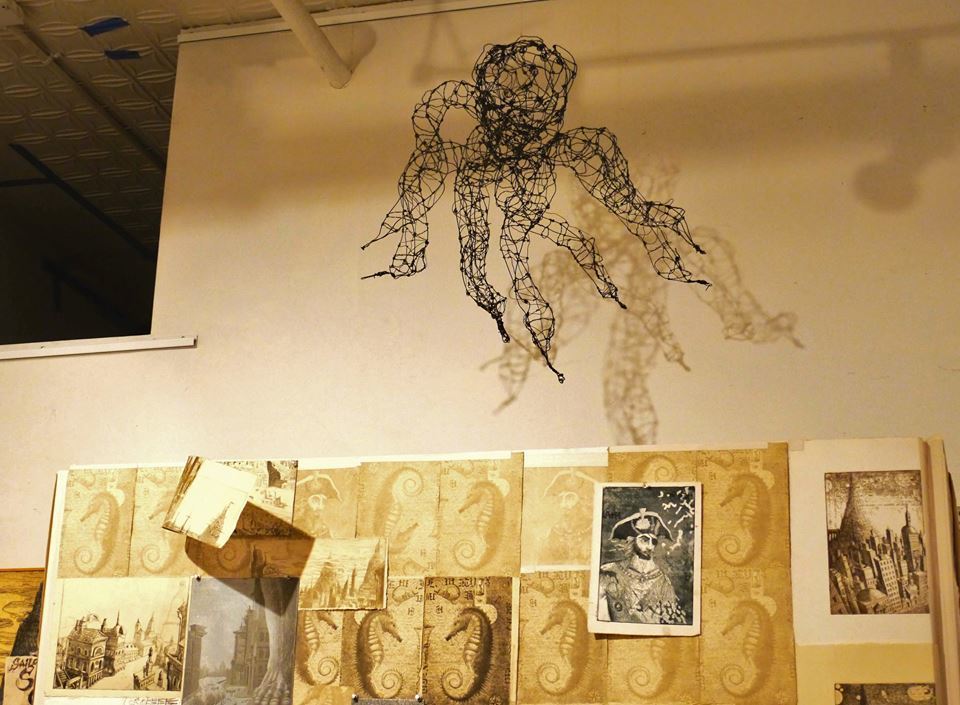 Heavenly Creatures: A Study of Architecture and Advancement

A Solo Exhibition by Artem Mirolevich
Curated by Melissa McCaig-Welles

NEW YORK, NY (February 1, 2016) — Salomon Arts Gallery and Melissa McCaig-Welles are pleased to present, a series of mixed media works by artist Artem Mirolevich in what will be his debut solo exhibition at the gallery. Artem Mirolevich has been painting, etching, drawing and creating interactive sculpture for the past 15 years. He is most popular for his depictions of fictional, intricate cities, submersed in water, a world that invites the viewer to take a closer look at architecture and it’s interaction with nature and it’s environment.

In “Migration” an elephant walks unwavering, steadfast, a mystical land surrounding him, one step closer and we see a tiny, fragile city, with buildings, empires and steeples on his back. He seems to not notice this extra weight and carries on, allowing our eye to float away with the light and whimsical gesture of Mirolevich’s line.

Cities, overtaken by the seas, tumbling into the waves, the current pulling at the chasms of it’s structure- all invite the viewer to explore where we are headed and what our roles are in the process.

Artem Mirolevich was born in 1976 in the city of Minsk, Belorussia. In 1999, Mirolevich received his BFA in Fine Arts and Illustration from The School of Visual Arts. His work has been subject of numerous worldwide gallery and museum exhibitions including The Moscow Biennale of Contemporary Art, Moscow, Russia, 2015, ArtCosmos, Barcelona, Spain. Soleil de L’est, Bucharest, Romania, Neuberger Museum of Art, New York, The Russian Pavilion NYC, Miami, Zurich, The Museum of Russian Art and more.

Artem Mirolevich was awarded a prestigious L.Ron Hubbard’s Illustrator of the Future Award in 2007. Mirolevich’s works are represented in numerous private collections in the USA and abroad. The artist works and lives in New York.