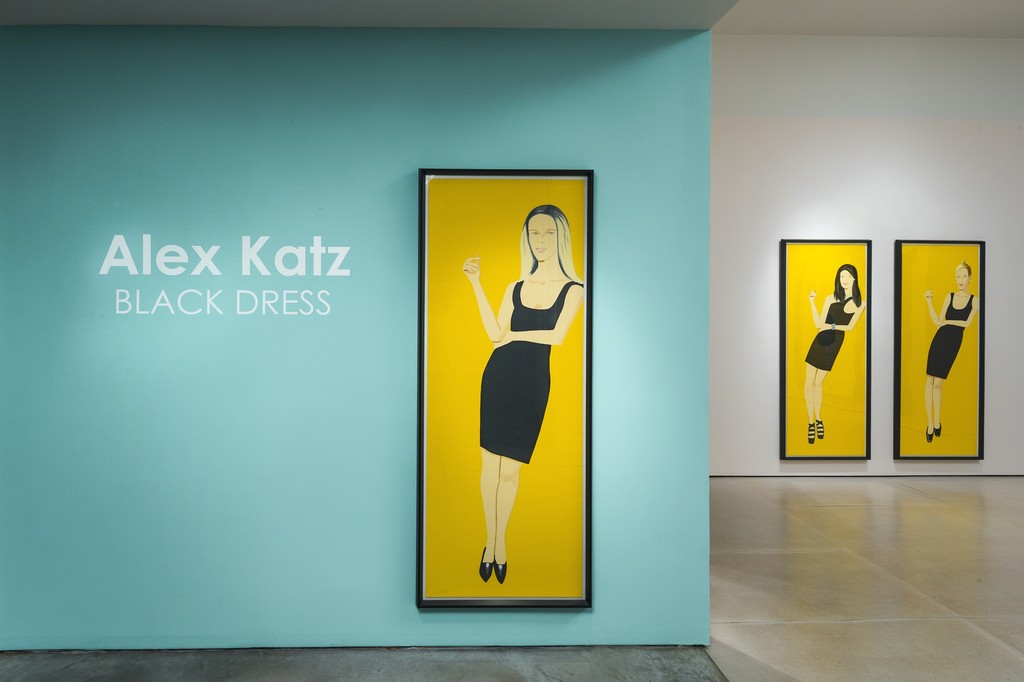 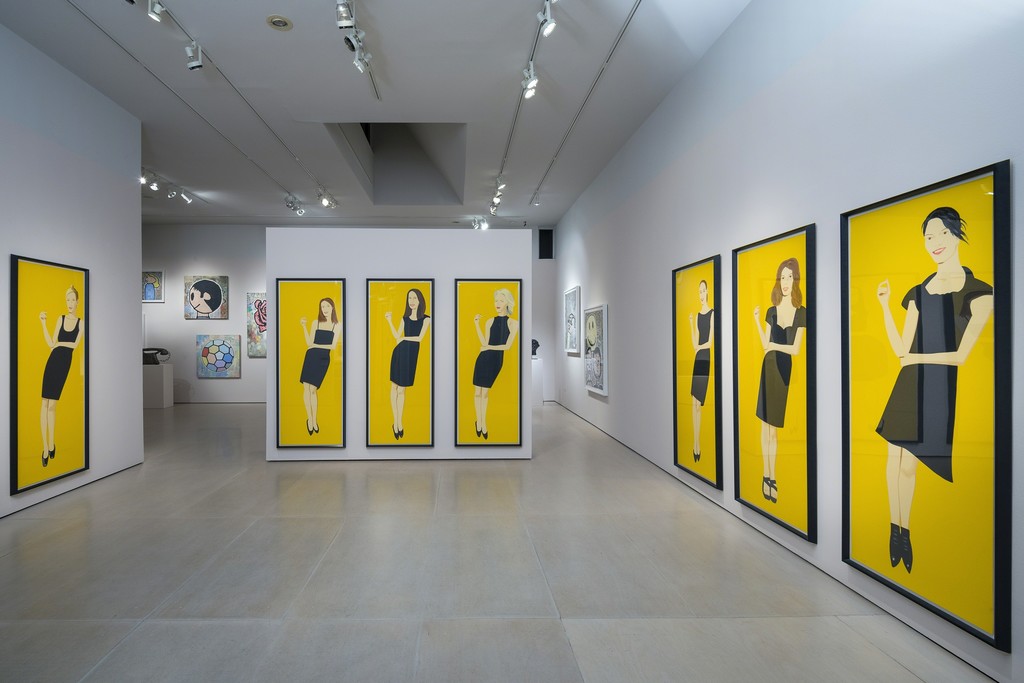 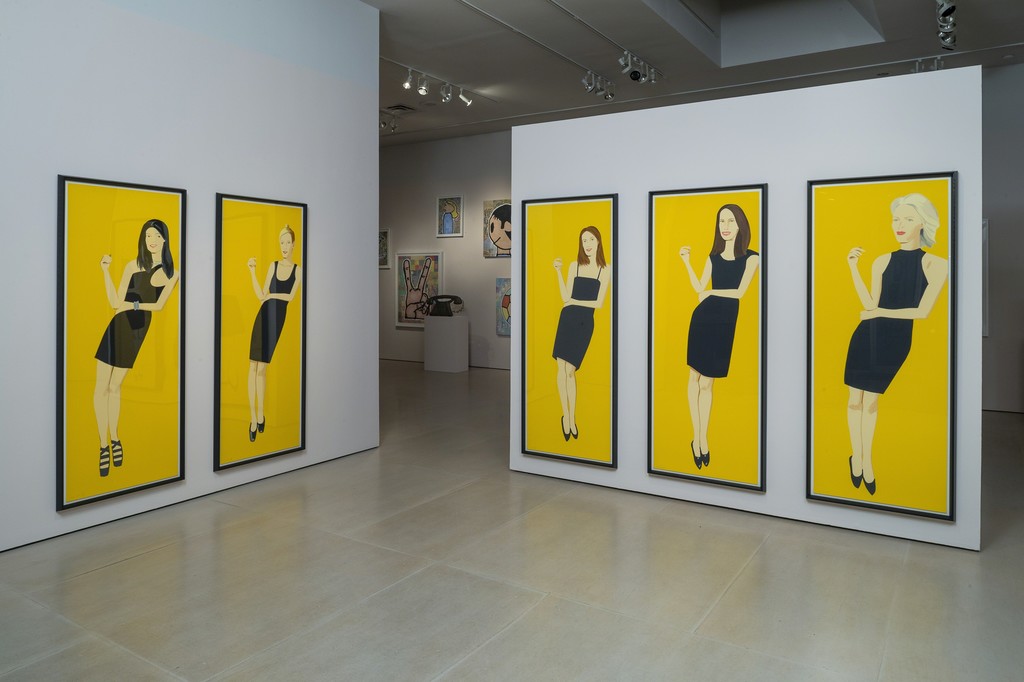 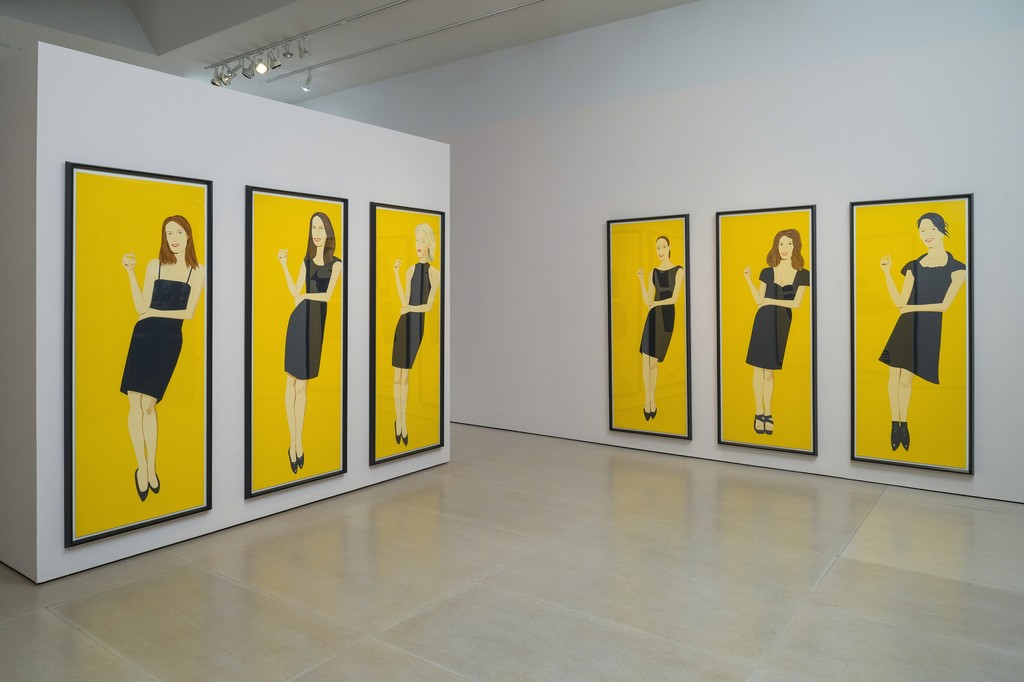 McClain Gallery is pleased to present Alex Katz's most recent project, the print portfolio "Black Dress". This series consists of nine prints drawn by the artist from May of 2014 through February of 2015 in New York City. The images were proofed and the edition of 35 was hand silkscreened in 30 colors on Saunders Waterford 425 gsm hot press, white, fine art paper at Brand X Editions in Long Island City, New York from April of 2014 through May of 2015. Each silkscreen stands at a monumental 80 x 30 inches. In response to the works, designer Calvin Klein wrote:

"There's a reason the little black dress has been around forever. It's completely unassuming (in most cases) and does its work discreetly. It doesn't draw attention to itself, at least initially. It doesn't scream or shout. It isn't fashion's prima donna. In fact, it completely transcends fashion. What the little black dress does do, if it's perfect, is very gently draw the eye to a woman's best and finest features - a delicate collarbone, or the curve of a shoulder or a slender neck. It allows you to see the woman wearing it at her most beautiful, in a really pure, clear way.

I also love what a simple black dress says about the woman who wears it. By making such a subtle and concise choice, she's letting the world know she is strong and her sense of self is powerful. She's not in need of embellishment or exaggeration. She doesn't expect to have all eyes on her, although, probably, if she carries herself proudly, she will. And that's just the most modern and wonderful attitude anyone can have.

Alex Katz's Black Dress series is just as modern and wonderful. And, ironically, it has absolutely nothing to do with fashion. His portraits have such strong color fields and clean lines. And despite their apparent simplicity, they're extremely expressive and perfectly capture the essence of his subjects. You can't help but notice these women, these beautiful enigmas drawn in bold and certain strokes. You wonder who they are, how they live, what they feel, just exactly what they have going on."