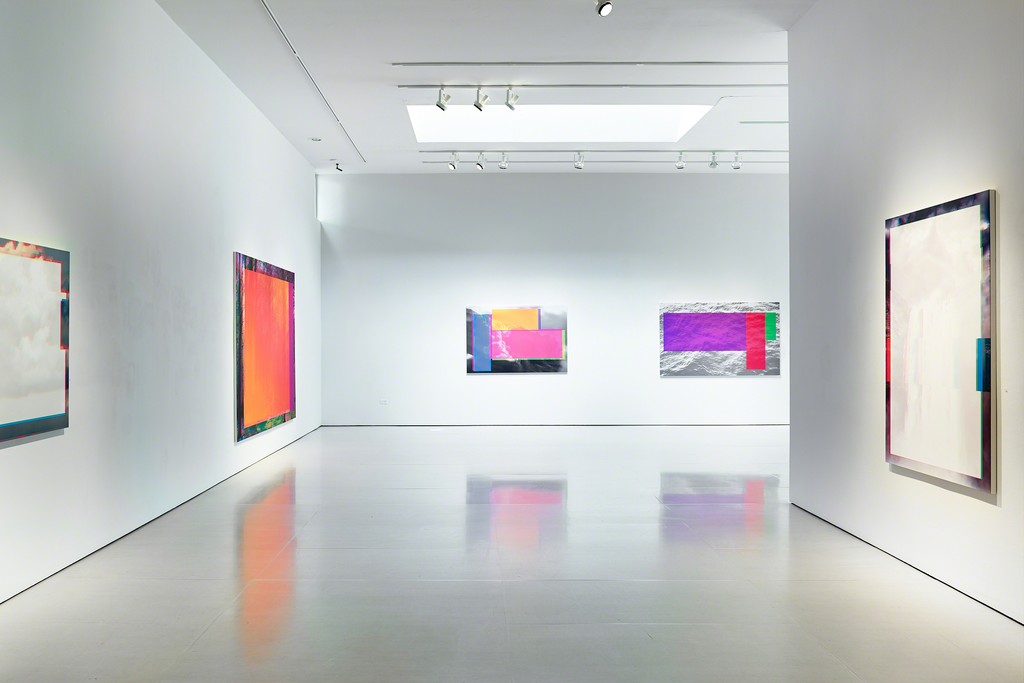 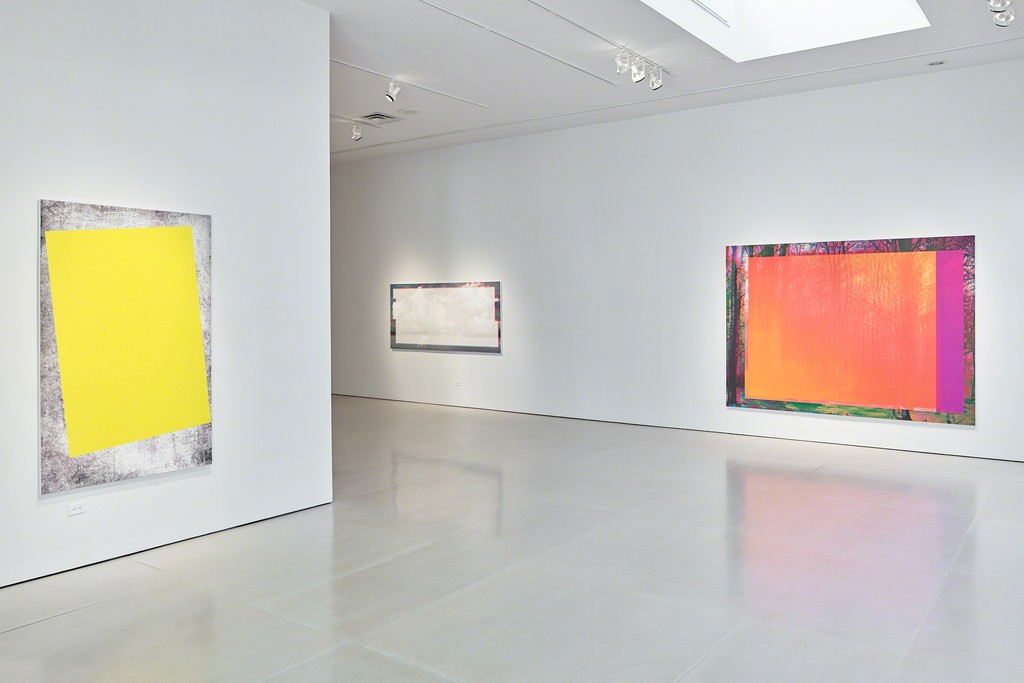 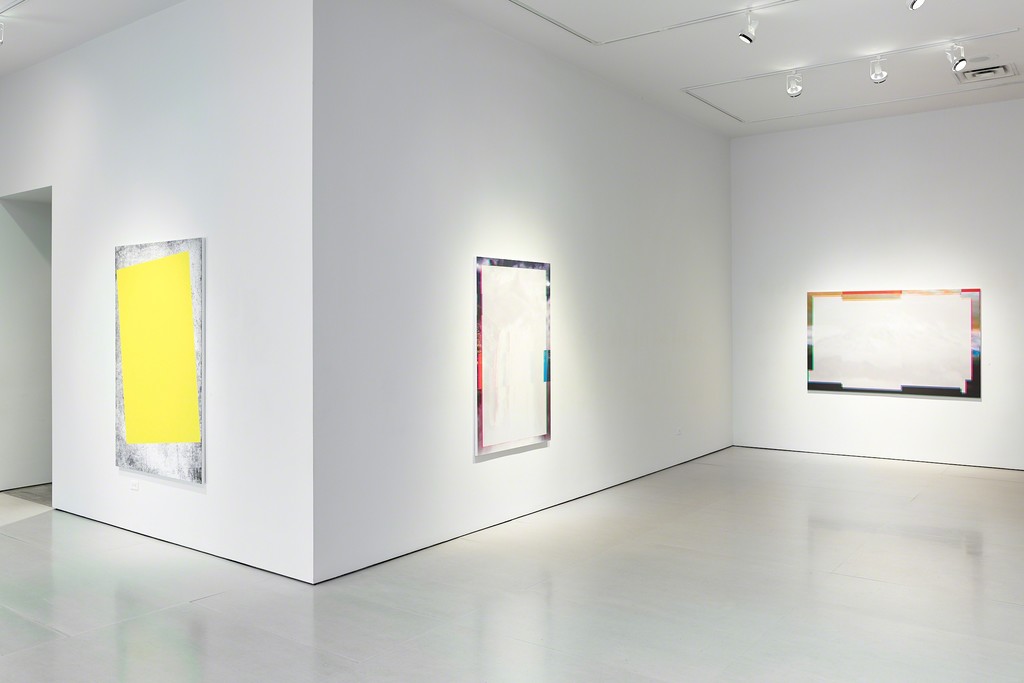 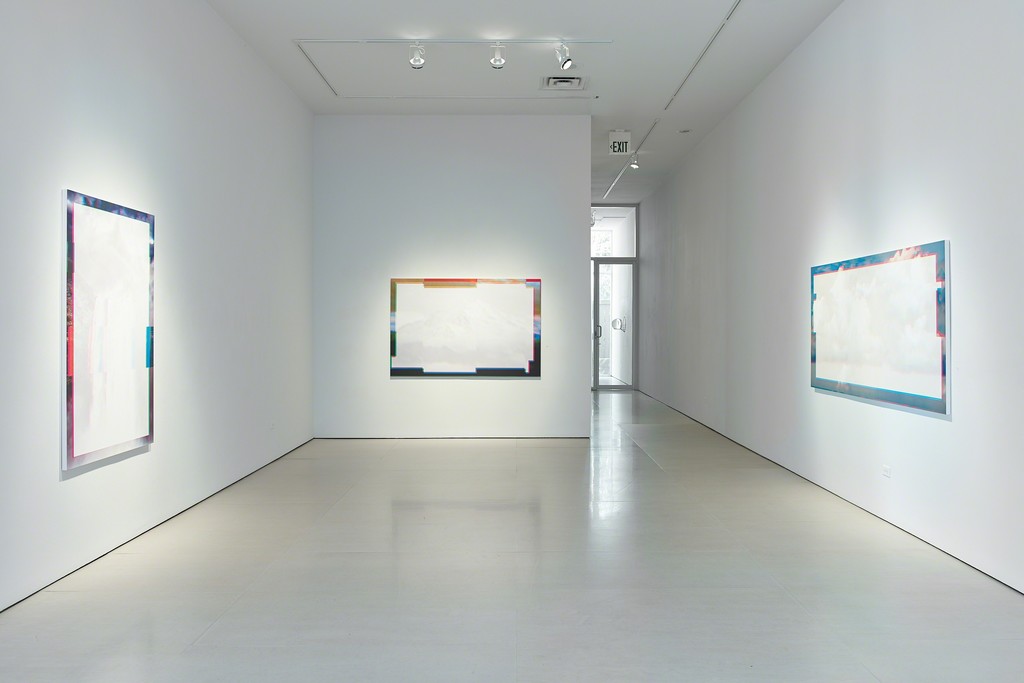 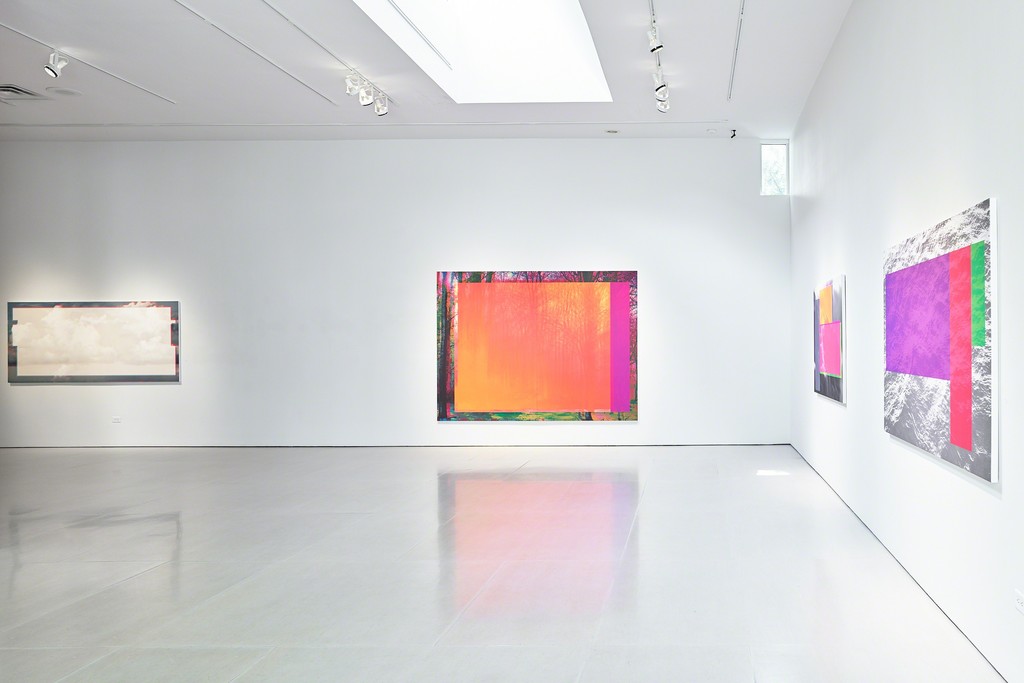 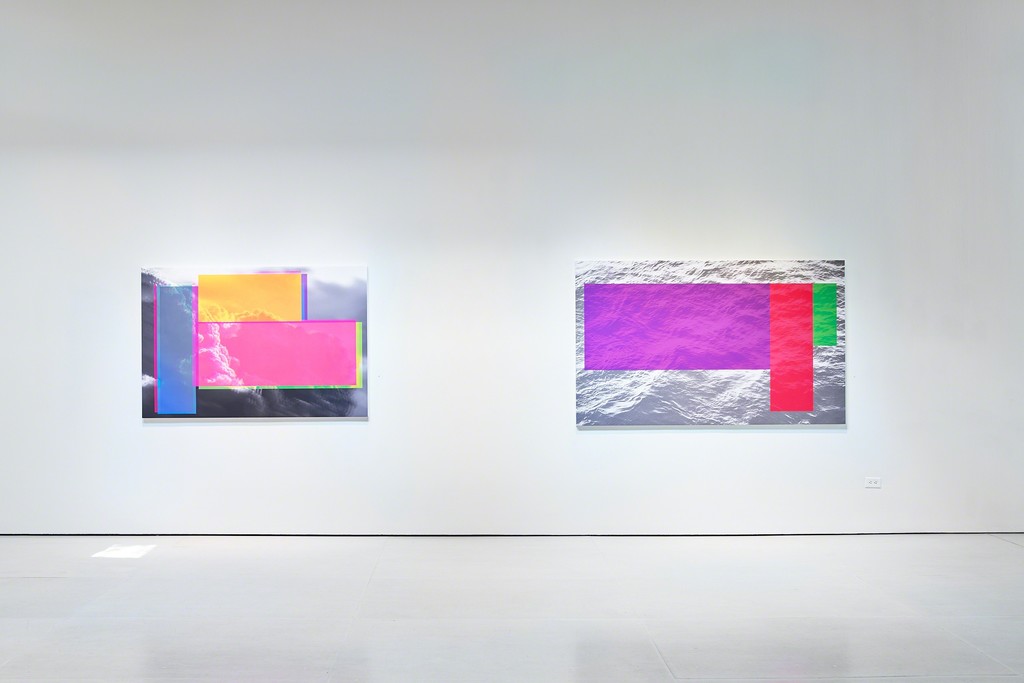 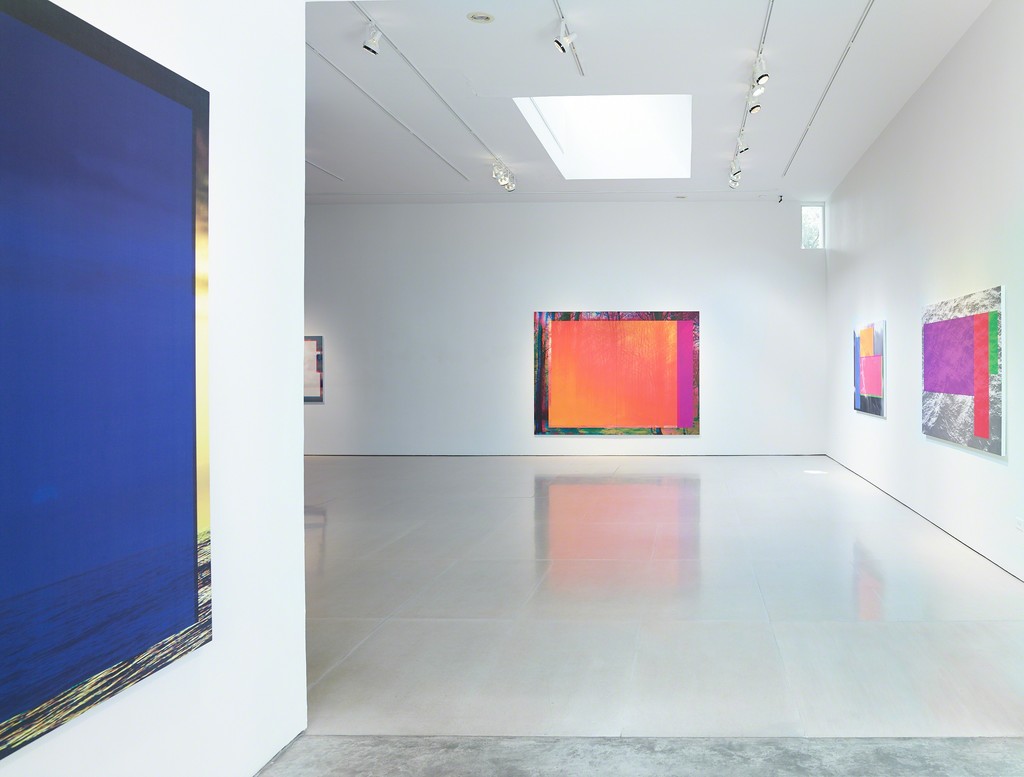 Eckart's continual explorations are founded in an interrogation of various tropes of 20th Century abstraction, while attempting to delve into underlying imperatives that have persevered in certain types of "art making" since the Renaissance, including a need to address the ineffable and unrepresentable.

The exhibition title Trialectics refers to a triumvirate of concepts: the natural, cultural and digital worlds. In cutting edge post-modern theory, the term trialectics refers to hybridity and/or interdisciplinary action which in its current usage proposes a kind of unity as in the unification of the mind, body, and spirit.

Eckart’s interest in the reverse engineering of paintings regarding the mechanics of their construction, both representation and non, has been a recurring theme in his work since his first solo exhibitions in New York in the 1980s. This new work also continues a visual lineage, combining elements from previous series including Monochromes, Sacra Conversazione, White Paintings, and the Power Chord Cycles. By using internet sourced stock images in these pieces, he also questions the assumption of authority requisite to authorship. These new concepts addressing the natural, cultural, and digital meet with one of Eckart’s primary interests in his overall artistic career: the articulation of a meta-sublime in the form of constructed paintings. These images of Earth’s ineffable beauty and awesome grandeur have correlations to tropes of the romantic sublime in Western painting – mountains, waterfalls, sunsets, etc. Eckart’s use of a seemingly endless forest scene were inspired by Gustave Klimt’s birch forest paintings which seem to go on infinitely yet the edges of the picture provide a finite space.

Eckart considers these works to be paintings that represent a new way of picture making in a post-internet era and in the context of virtual reality and artificial intelligence. As Eckart puts it: “The works are meant to demonstrate concerns regarding how the natural, cultural and digital realms impact and inform one another as a result of their interaction, juxtaposition, collision and integration.”

Christian Eckart (b. 1959) is originally from Western Canada and moved to New York in 1984. He received his MFA from Hunter College in 1986 and has been living and working in Houston since 2003. During 20 years living in New York City and up to the present, Eckart's work has been the subject of over 60 solo exhibitions including many museum surveys and 150 group exhibitions. His works are included in the permanent collections of the Solomon R. Guggenheim Museum, New York; Museum of Modern Art, New York; Eli Broad Foundation Collection, Santa Monica; Art Institute of Chicago; Museum Moderner Kunst, Vienna, Austria; Museum of Fine Arts, Houston; and Shauwerk Sindelfingen, among other notable institutions throughout North America, Europe, and Asia. He split his time between New York and Berlin 1996 - 1997, and then between New York and Amsterdam 1997 – 2002. Eckart was an instructor at the School of Visual Art, New York from 1994 – 2002, the Glassell School of Art of the Museum of Fine Arts Houston from 2003 – 2005, and he held visiting professorships at both the University of Houston and Rice University. He has lectured extensively throughout North America and Europe, realized many private commissions and organized group exhibitions and published a number of essays and articles.