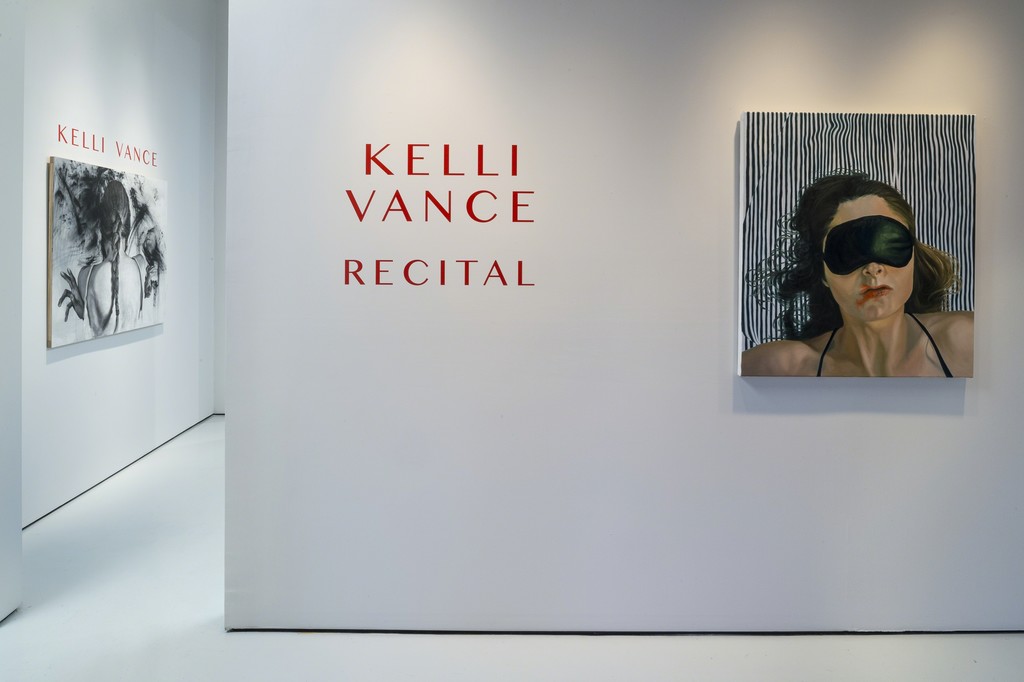 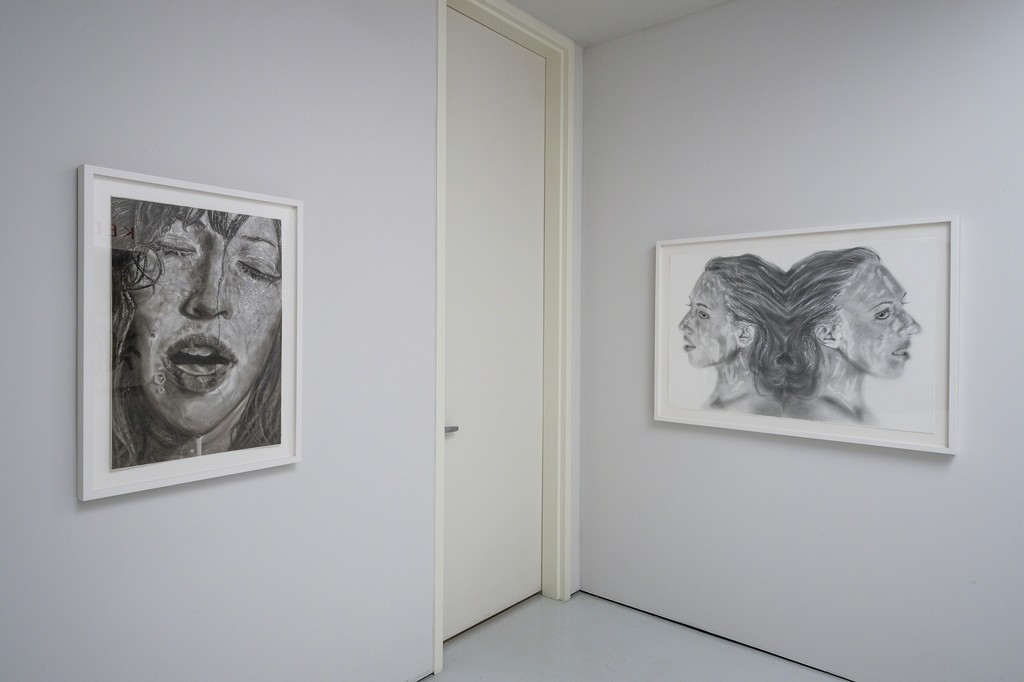 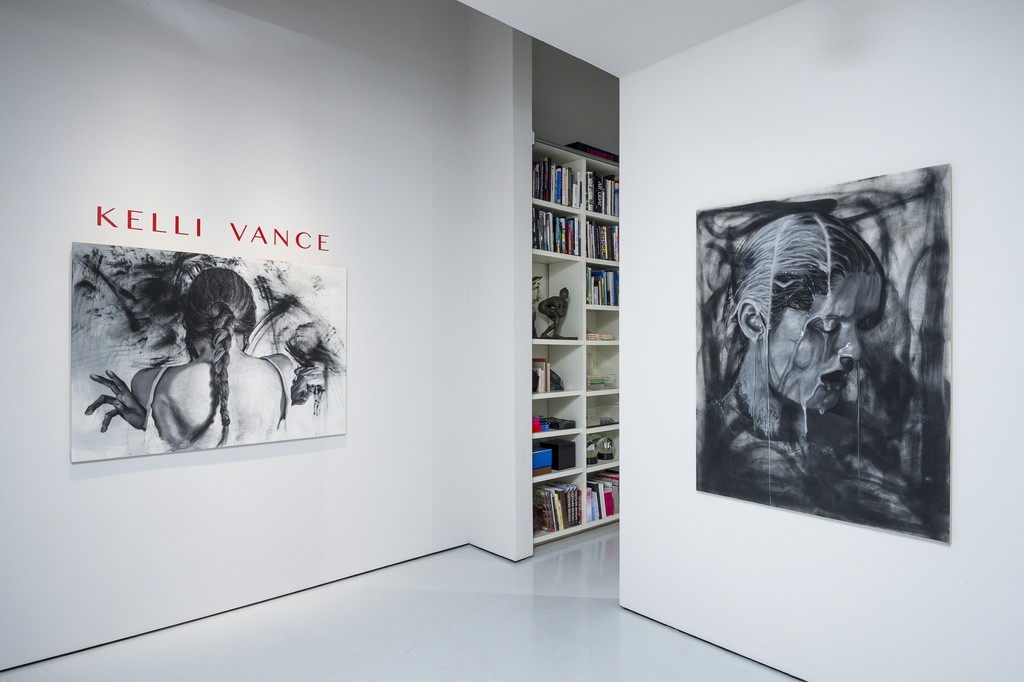 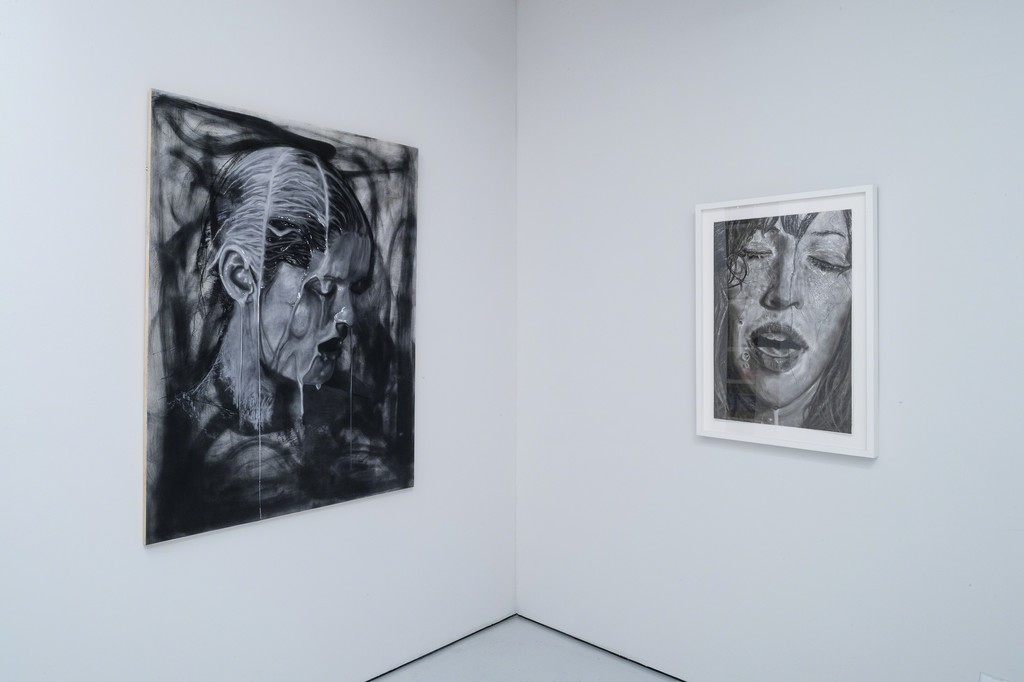 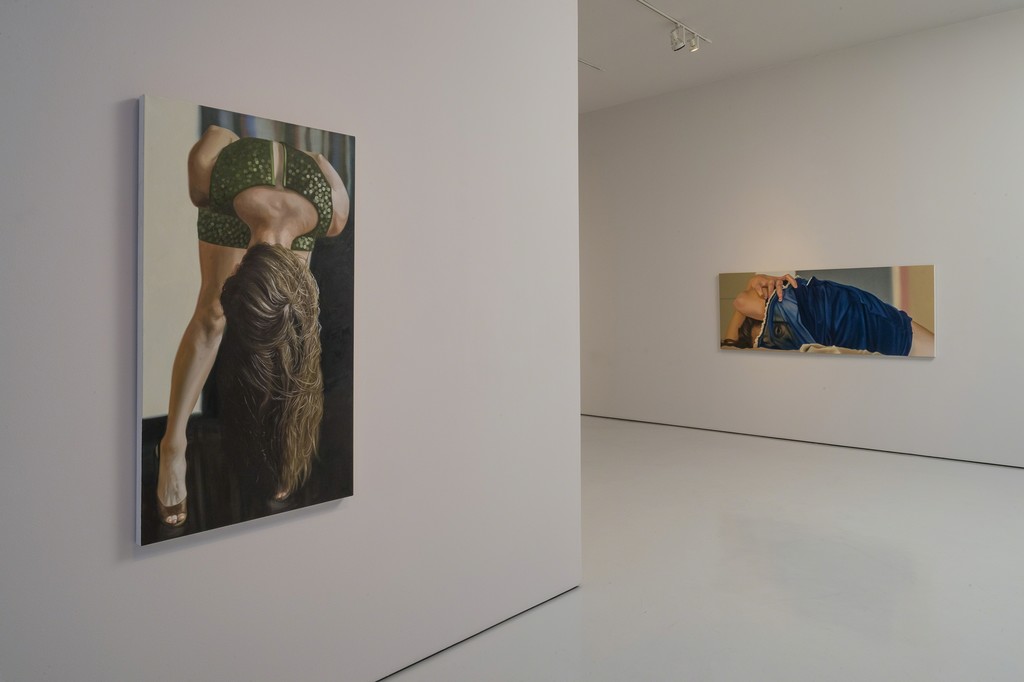 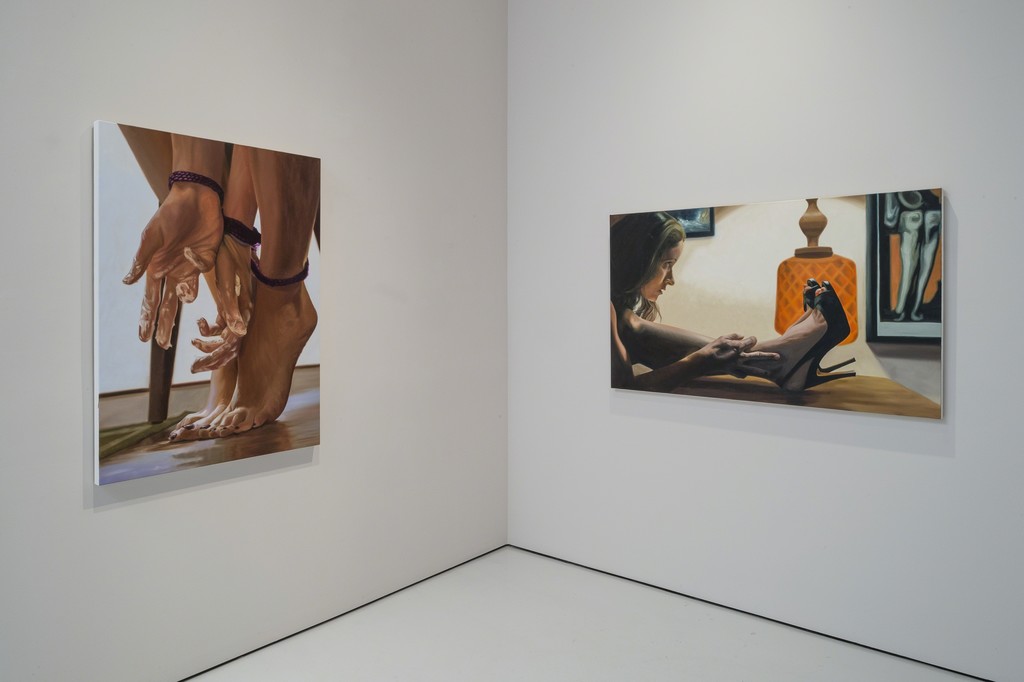 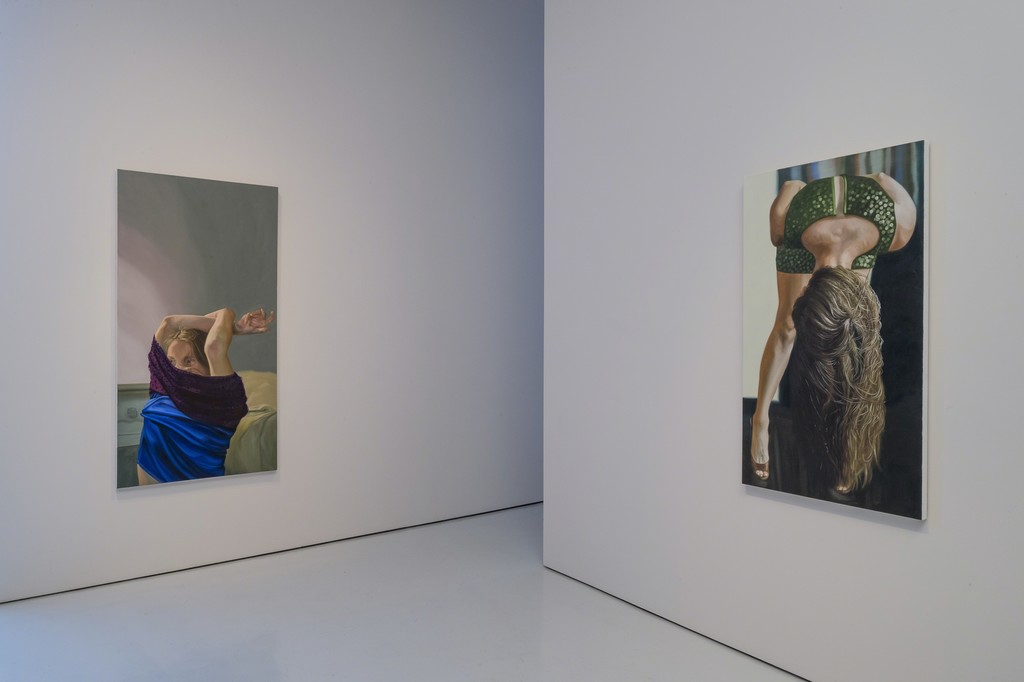 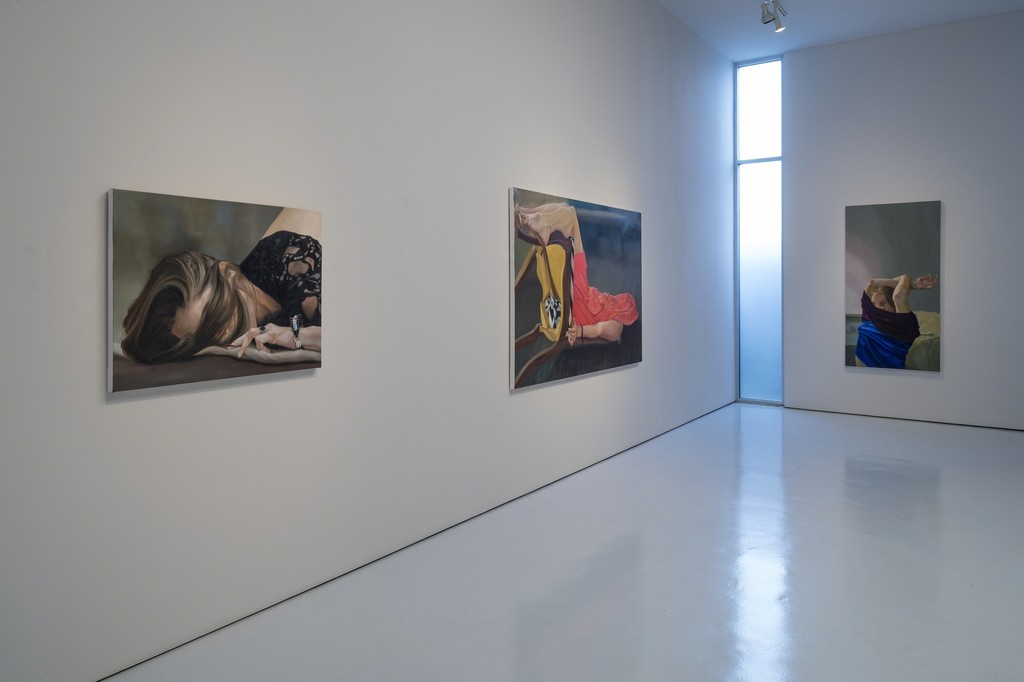 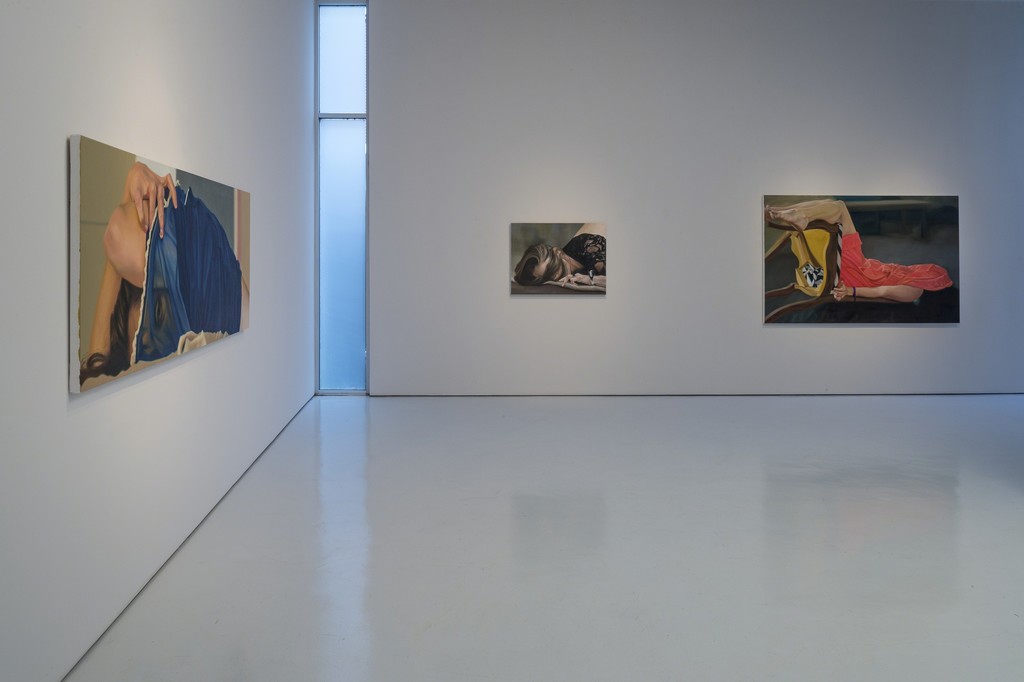 McClain Gallery is pleased to present Recital, a solo exhibition of new paintings and drawings by Houston-based artist Kelli Vance. This is Vance's second solo exhibition at the gallery and will be on view from June 6 - July 25, 2015 in the west gallery at 2242 Richmond Avenue.

Recital will present works that continue Vance's investigation of psychological spaces where anxieties, sexuality and identity are explored as she sets out to produce images that are both seductive and alienating. Her process involves staging a scene, often using herself as the protagonist, then taking photographs which will become studies for the final painting. For this new body of work, she has bound, blindfolded or awkwardly posed her subjects to create ambiguous narratives which elude to sexual fetishes or abduction, bondage or violence. These skillfully painted photo-realistic images cause the viewer to question whether the subjects are in pain, frozen with fear, or in ecstasy.

The title of the exhibition: Recital, reflects Vance's interest in the theatrical aspects of her work as well as embracing multiple narratives. Vance has said she sees "a similarity in choreographed moves in a recital, like a dance, and in the performative nature of the images [she's] creating, both when photographing and while painting." The audience's perception of the female characters is carefully directed by the artist. Sharply cropping these images to dramatic effect enhances the mystery but also serves to highlight Vance's rendering of colorful, draping fabrics, abstracted backgrounds and details of domestic interiors.

Kelli Vance (b. in Garland, TX in 1983) currently lives and works in Houston. She received her BFA from University of North Texas and her MFA from the University of Houston in 2008. Vance was a finalist for the Hunting Art Prize in 2013 and completed the Roswell Artist Residency Program in Roswell, New Mexico in 2008. Recent exhibitions include solo shows at Cris Worley Gallery, Dallas in 2014 and at Samuel Freeman Gallery, LA in 2011, the Texas Biennial Anniversary Show at Big Medium, Austin in 2013 and an upcoming group exhibition at Artscan/Rudolph Projects, Houston.