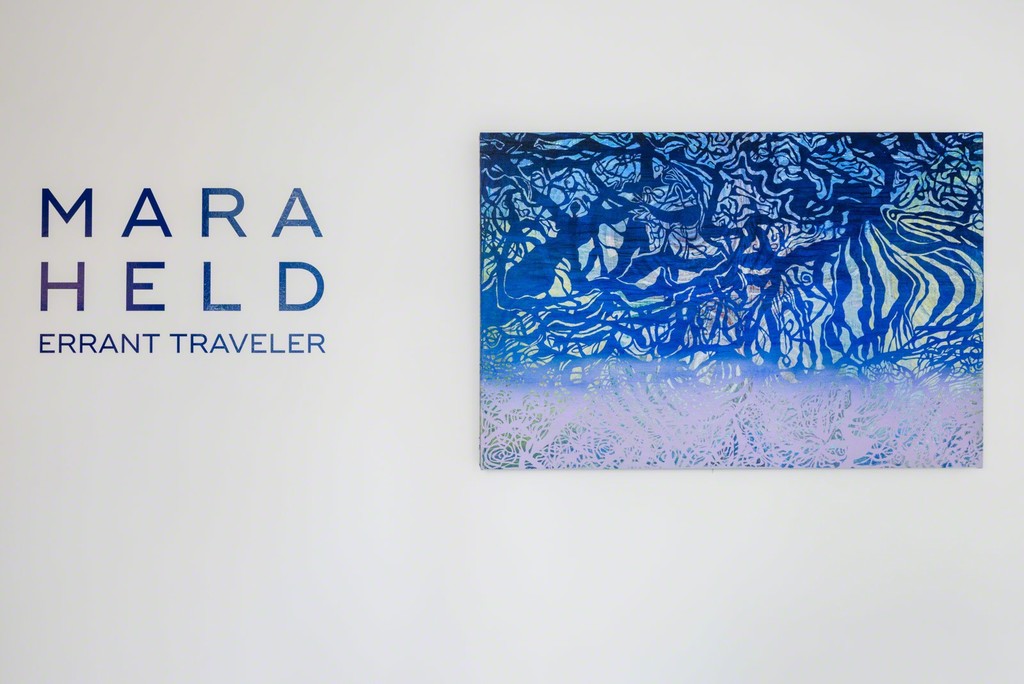 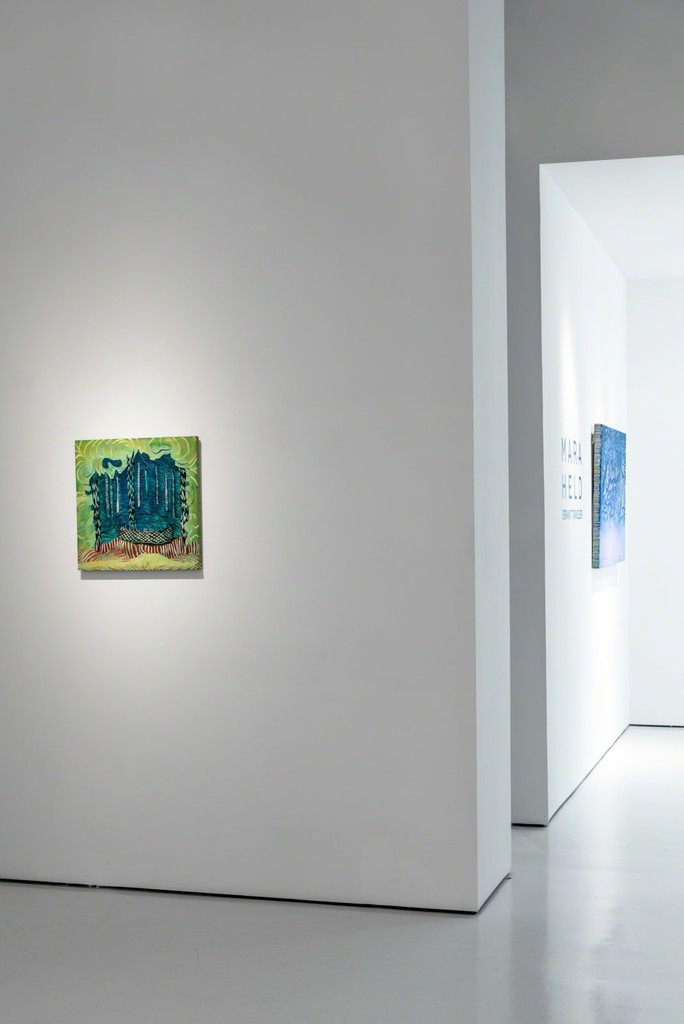 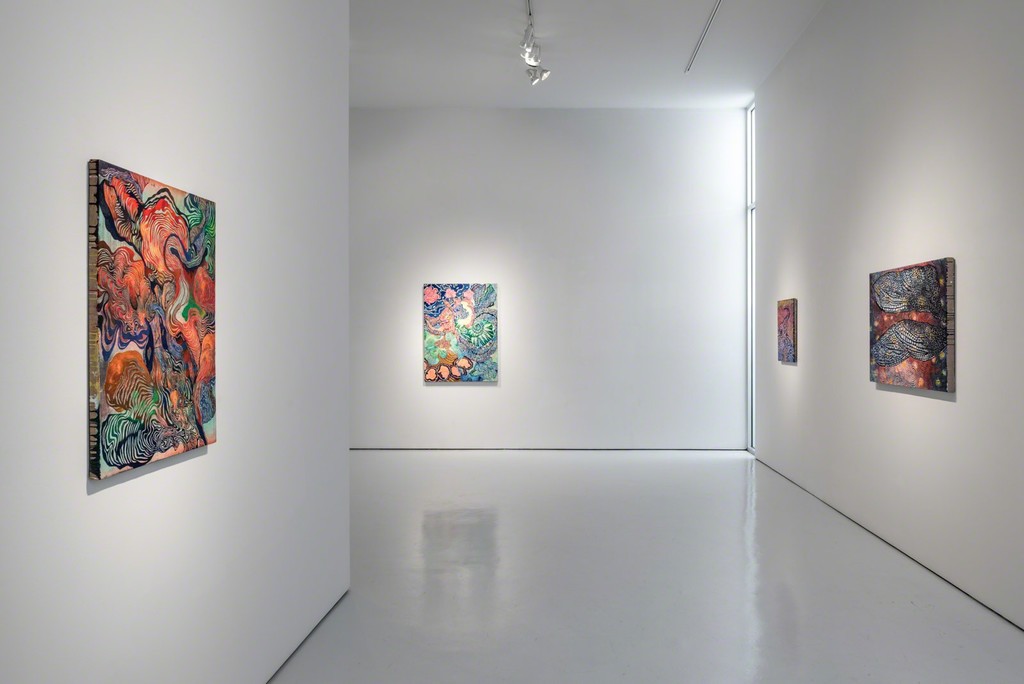 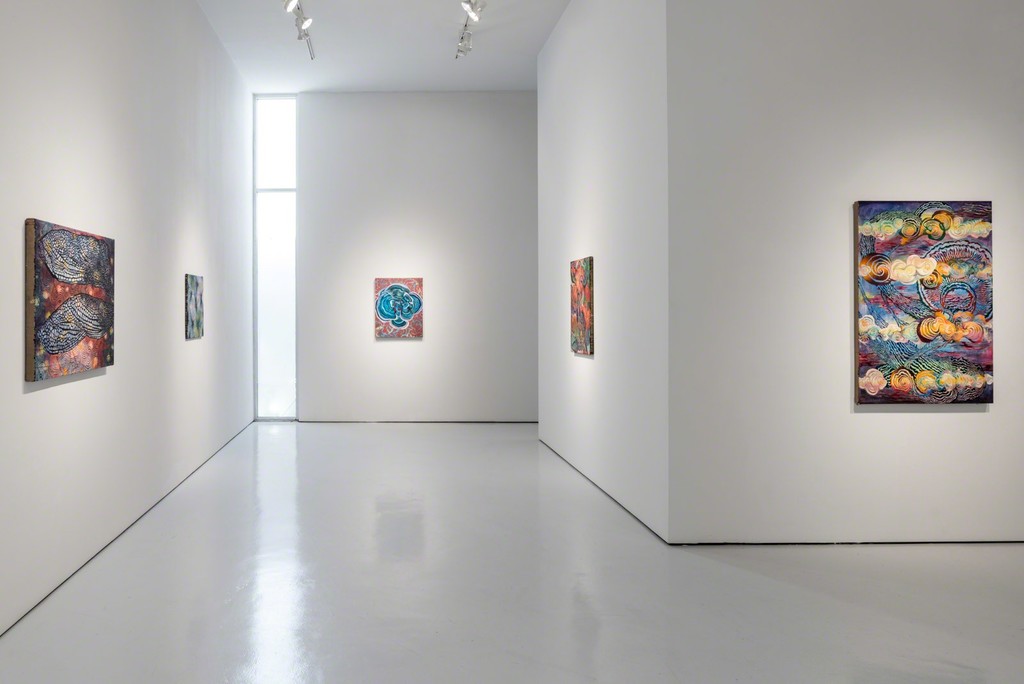 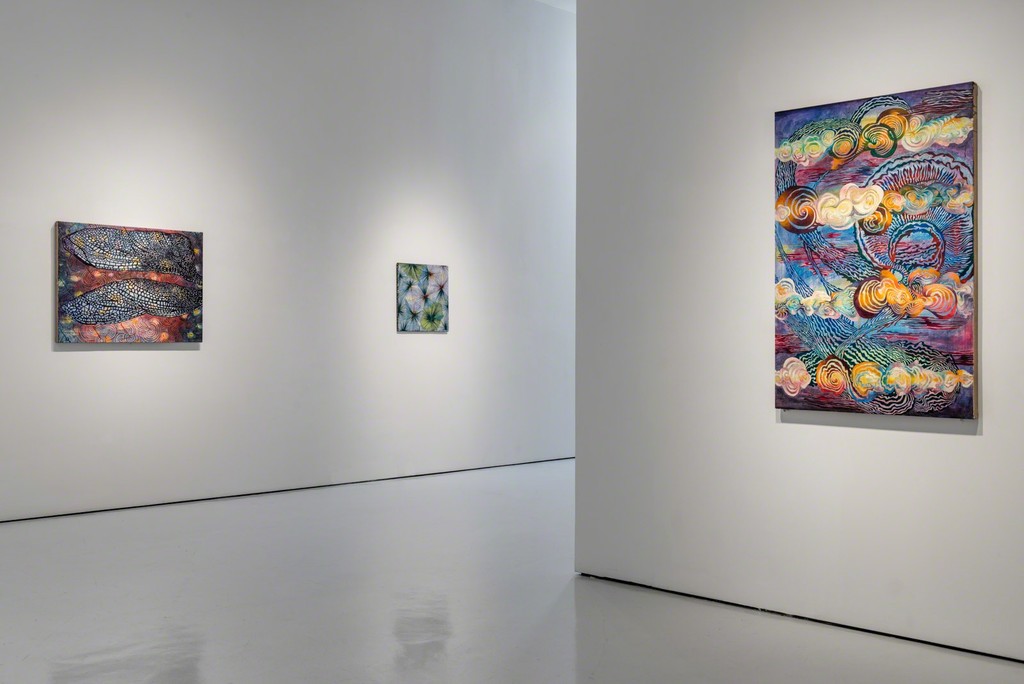 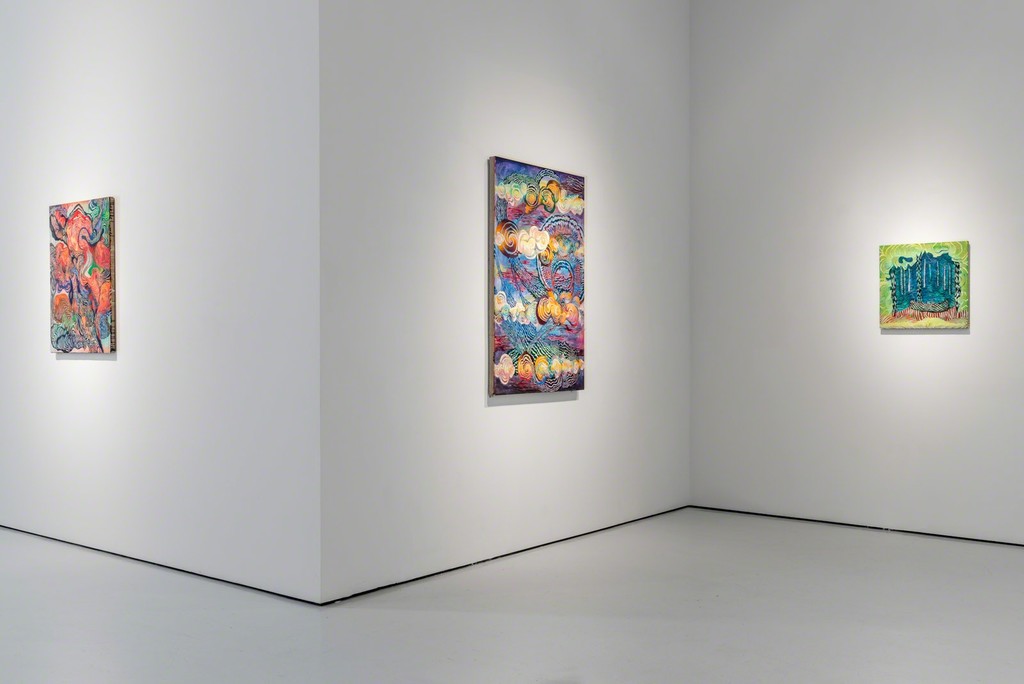 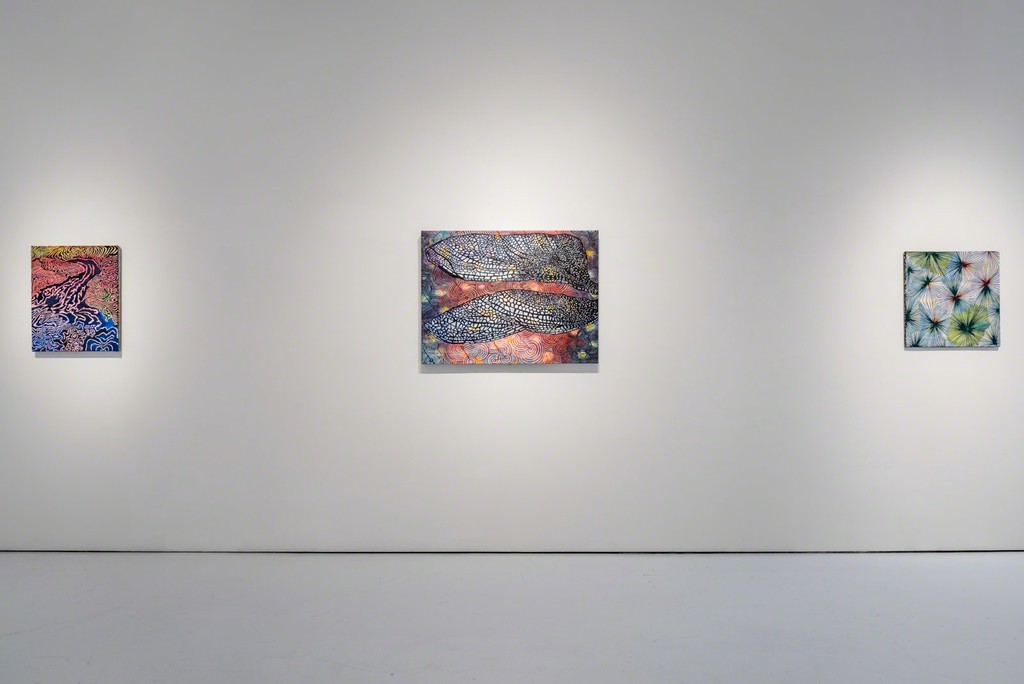 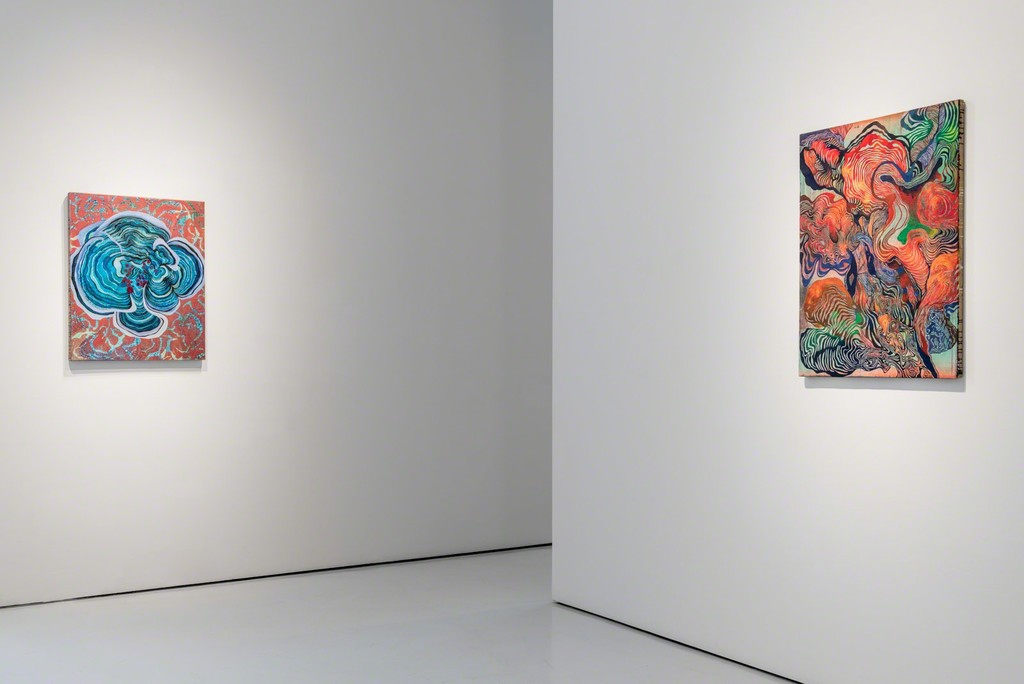 As the exhibition title, Errant Traveler, suggests, Held’s wanderlust is reflected in her organic imagery: the waterfalls of the Catskills, veined wings of indigenous insects, fungi seen growing on ancient forest floors, and pelagic forms found in coral reefs. Held’s preferred medium is egg tempera, a painstaking technique mastered by Renaissance painters. Carter Foster, deputy director of the Blanton Museum, explains “It’s not a medium where you can sling the paint around. You can see the precision of Mara’s work even though the forms are not hard edged.”

Held was born in 1954 and received an MA from Immaculate Heart College in 1979. Her studio is located on an old dairy farm in the picturesque Hudson Valley that has been in her family since the 1960’s. Her work has been the subject of solo exhibitions in New York City and abroad. Institutions that have collected her work include the Metropolitan Museum of Art, New York; The New York Public Library; the Museum of Fine Arts, Houston; The International Artists' Museum, Tel Aviv; and Phillips Collection in Washington, DC. Mara Held’s work has been profiled by The New York Times, Elle Decor and The Brooklyn Rail. This is Held’s second solo show at McClain Gallery.