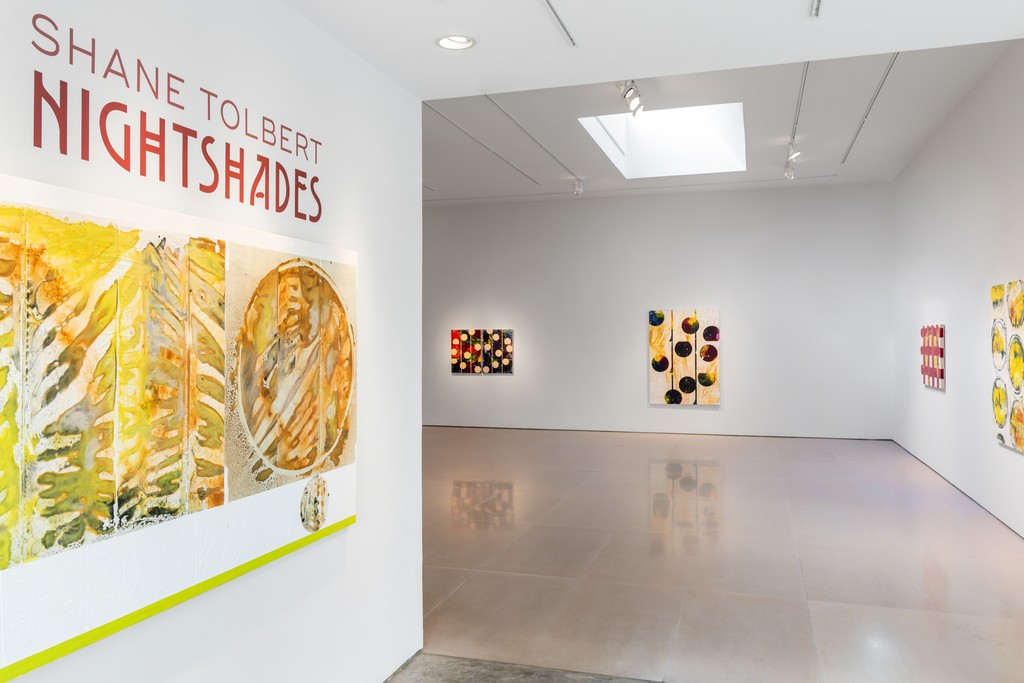 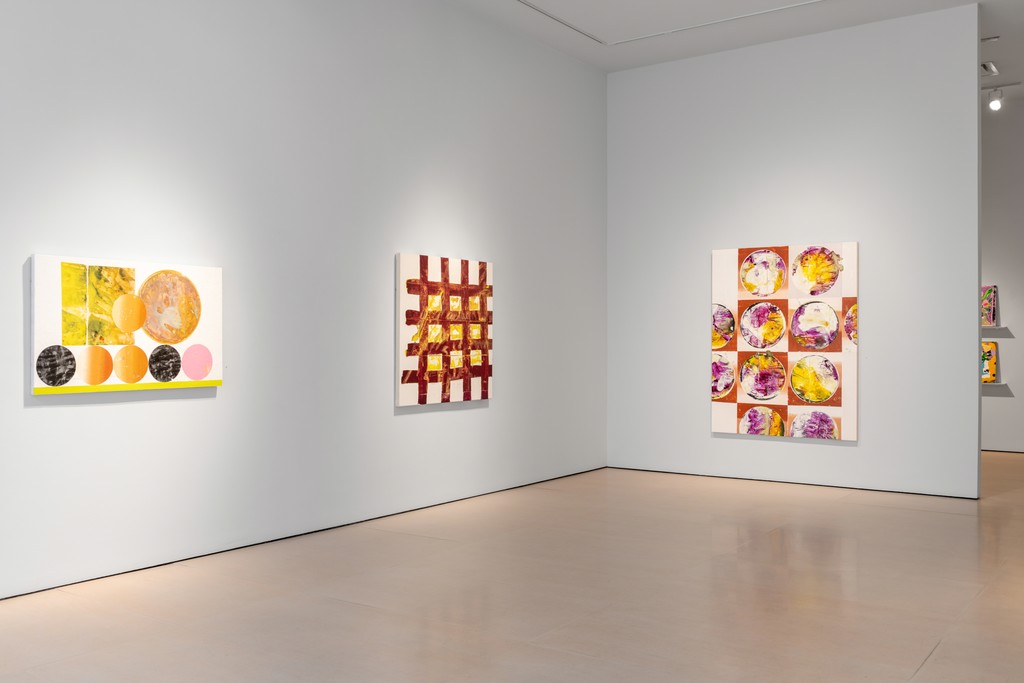 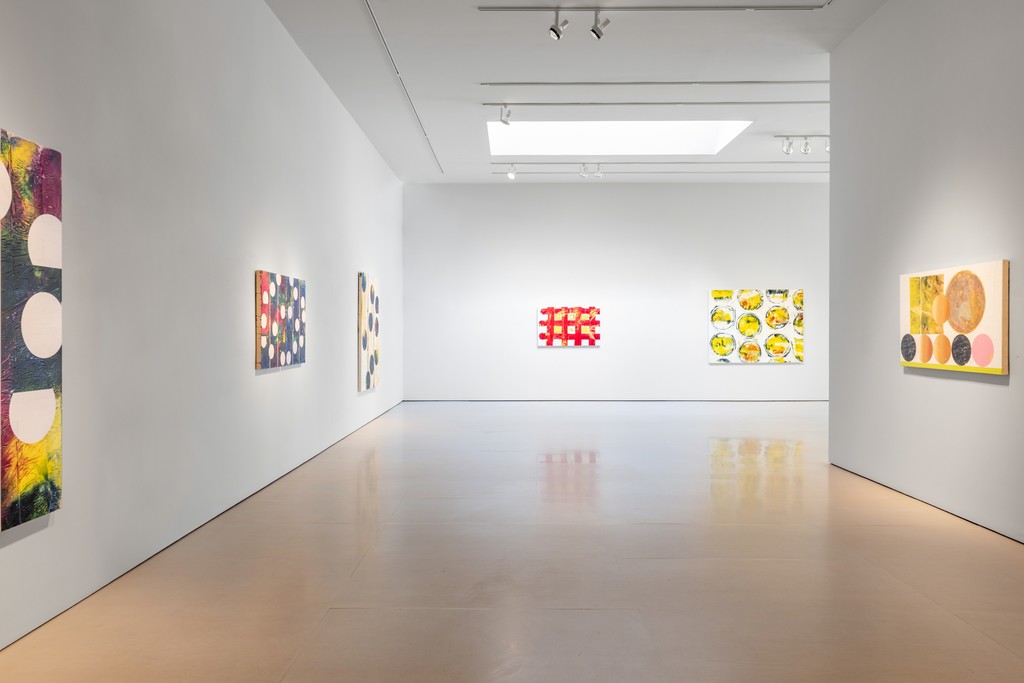 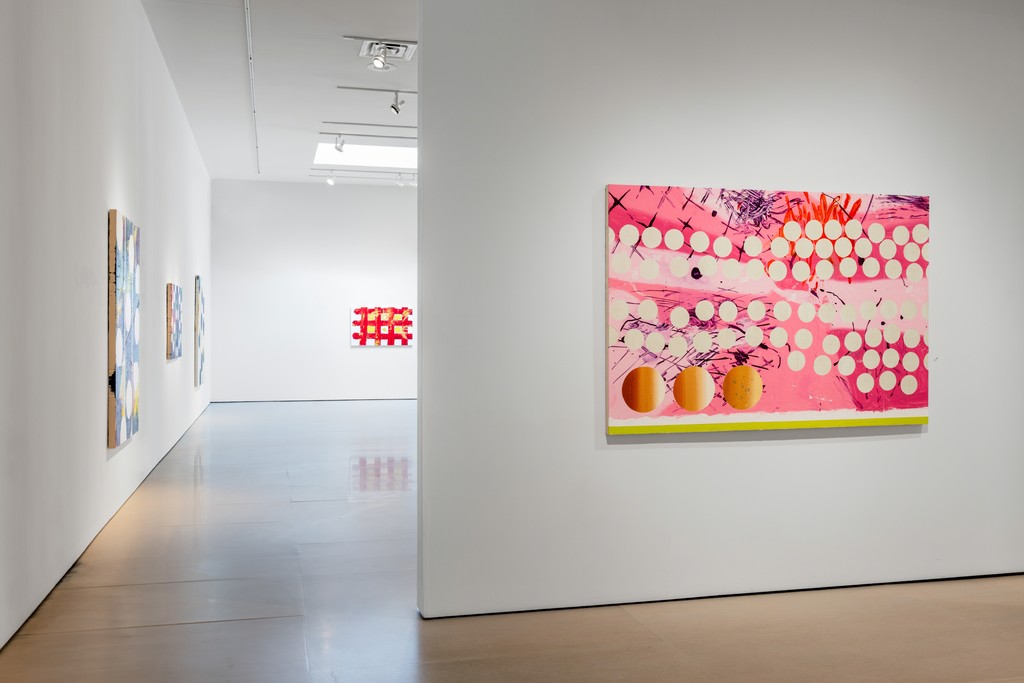 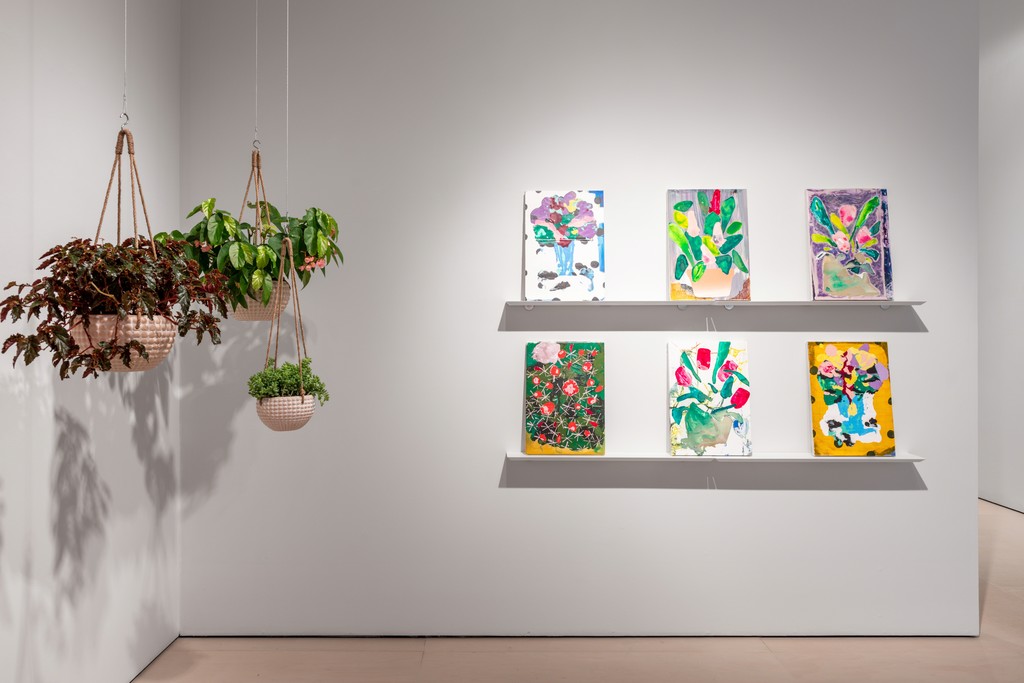 The expressive, colorful work incorporates a sense of beauty, erosion, invention and inversion through Tolbert’s use of unique painting techniques. Nightshades opens Saturday, May 19th with an artist reception from 3 – 5pm.

Although the work builds on a premise of color field painting, the technique Tolbert employs is far from traditional. He begins by thinning down acrylic paint which pools and flows on plastic sheeting. Once dry, the stains imprinted on the sheeting are applied to canvas using more wet paint as a binder. After allowing the plastic to dry on the canvas, Tolbert then removes it and what is left behind is the intact painted gesture, imprinted with the textural language of ripples and folds inherent to the plastic.

In Tolbert’s New Mexico studio, the surrounding prehistoric landscape deeply informs his newest body of work as he engages in the discourse of painterly language and formal invention. In the artist’s own words,

In the studio I am asked, what warmth is collected on the desert floor from 10,000 full moons? Color captures mood, temperature and time. To mirror geological formations that existed long before language emerged to describe it, line is subjugated to support color, not define it. Like the formations that tumble into themselves, color as atmosphere and space becomes contained into blocks and orbs that stack and pulse along the surface of each painting. Deconstructed ideas of a natural landscape are reformed to be measured and considered.

Shane Tolbert (b. 1985, Corsicana, TX) currently lives and works in Abiquiu, New Mexico. He received his BFA in Painting from the University of Houston in 2008 and his MFA in Painting from the University of California, Santa Barbara in 2010. Tolbert’s work has been exhibited at the Contemporary Arts Museum, Houston and was included in the McClain Gallery group exhibition, Summertime Blues. His first solo show in New York City took place at David Richard Gallery in 2018. Tolbert participated in the Edward Albee Foundation Residency in Montauk, NY as well as public projects including an outdoor installation at the Blaffer Art Museum’s downtown Houston satellite space. His work has been reviewed in Art in America and he recently completed a commission for the Kirby Collection, Houston.